Guns as available as candy

Please check out this post as it is cross posted on my other blogging site. 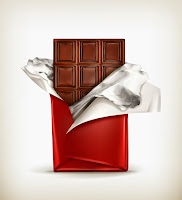 Wilson said it is far too easy for children to get their hands on a gun.
“These kids can get a gun just like they can go and get a Snickers bar,” said Wilson, who has found himself responding to shootings in Minneapolis to help loved ones cope. “It’s not a surprise to the people who know.”

People know. It's not a surprise. Kids can get guns like they can get candy. Kids can find loaded guns in parks. And then kids "play" with guns and sometimes when adults are in the same house. Adults are responsible for this. All guns start out as legal purchases. They don't fall from the sky and end up in parks or in the hands of felons or others who should not have them.
If people know, why aren't we doing something about this? Where do we think a gun laying around in a park comes from? Shouldn't kids be playing in parks without fear of them coming across a gun? Obviously the gun was not a legally owned gun. Well, maybe I shouldn't say obviously because "law abiding" gun owners have been known to leave guns laying around in bathrooms, or leaving them behind in store dressing rooms or in purses or backpacks, etc. I have written about these real life incidents many times before. But in this case, I suspect the gun was "lost" by someone else who shouldn't have had it.
We have, by most estimates, about 300 million guns in one place or another in America. Many are legally owned. Many are not. This is about one gun per person. Stunning. With that many guns around it is inevitable that the incident I linked to above happened. It will happen again and again and it has happened before. On average, 9 kids a day are shot in America. About 7 die. Why isn't this a national emergency?
Where is common sense?
We have such a cavalier attitude about guns in our country that finding a gun in a park is no big deal apparently. And when adults just assume that their kids know better than to play with a gun, I would say we have a serious unaddressed problem. And thanks to the corporate gun lobby,this problem is leading to devastating and avoidable gun injuries and deaths all over our country.
Just because it hasn't happened in your community doesn't mean it won't. Until we get serious about having the national conversation that we deserve to have our children will be at risk. Guns are dangerous weapons designed to kill people. They are not toys. They should not be as available as candy bars. They should be difficult to access by those who shouldn't have access- period.
The irony of this attitude towards guns appears in this great video by Comedian Amy Schumer in which a woman is asking why she can't access birth control. Watch to the end for the best punch line. You can watch it here and decide for yourself:
http://likescake.tumblr.com/post/117172623563
Point made. Guns are easily available to children- birth control for women? Not so much.
And before I go, I must refer my readers to this awful incident, yet another of a "law abiding" Florida parent mishandling a gun resulting in the death of his own child.From the article:

Hernandez was only confirmed as the shooter through Bay County Court documents. According to court records, Hernandez was in another room of the apartment “practicing form in front of the mirror and the gun … accidentally went off and went through the mirror and the wall and fatally injured the daughter,” his attorney reported.

Practicing his form? For what? Does this guy need to look good while carrying that gun or shooting it? In what world is he living? Oh, right- the world of those who think carrying a gun makes them look macho and where nothing bad will ever happen with their own gun. Or something. At any rate, that need to practice how you would look while wearing your gun can lead to tragic consequences. A child is dead.
Sigh.
Where is common sense?

I am having problems posting comments through this site. Please go to my other blogging site (above) if you wish to have a comment moderated. Paladin sent this comment:

"why don't we teach kids in school the dangers of guns? that they should report seeing a gun and not taking it home and playing with it."

Here is my reply: Some schools teach kids in the larger context of safety not to touch guns. There is no time in the curriculum for a gun safety course. Parents can send their kids to that if they are interested. They seem to be offered through community education through school districts or from private organizations. Parents are mostly responsible for this one but there is numerous evidence through hidden camera videos that even kids who have been told not to touch, do so anyway. The bigger problem, as I have stated before, is that too many guns are around for kids to access. We need to change that. Why is a gun in a park in the first place? Why are unsecured guns in homes in the first place? Kids will touch them and play with them. Keep them locked up.
Posted by japete at 11:23 AM