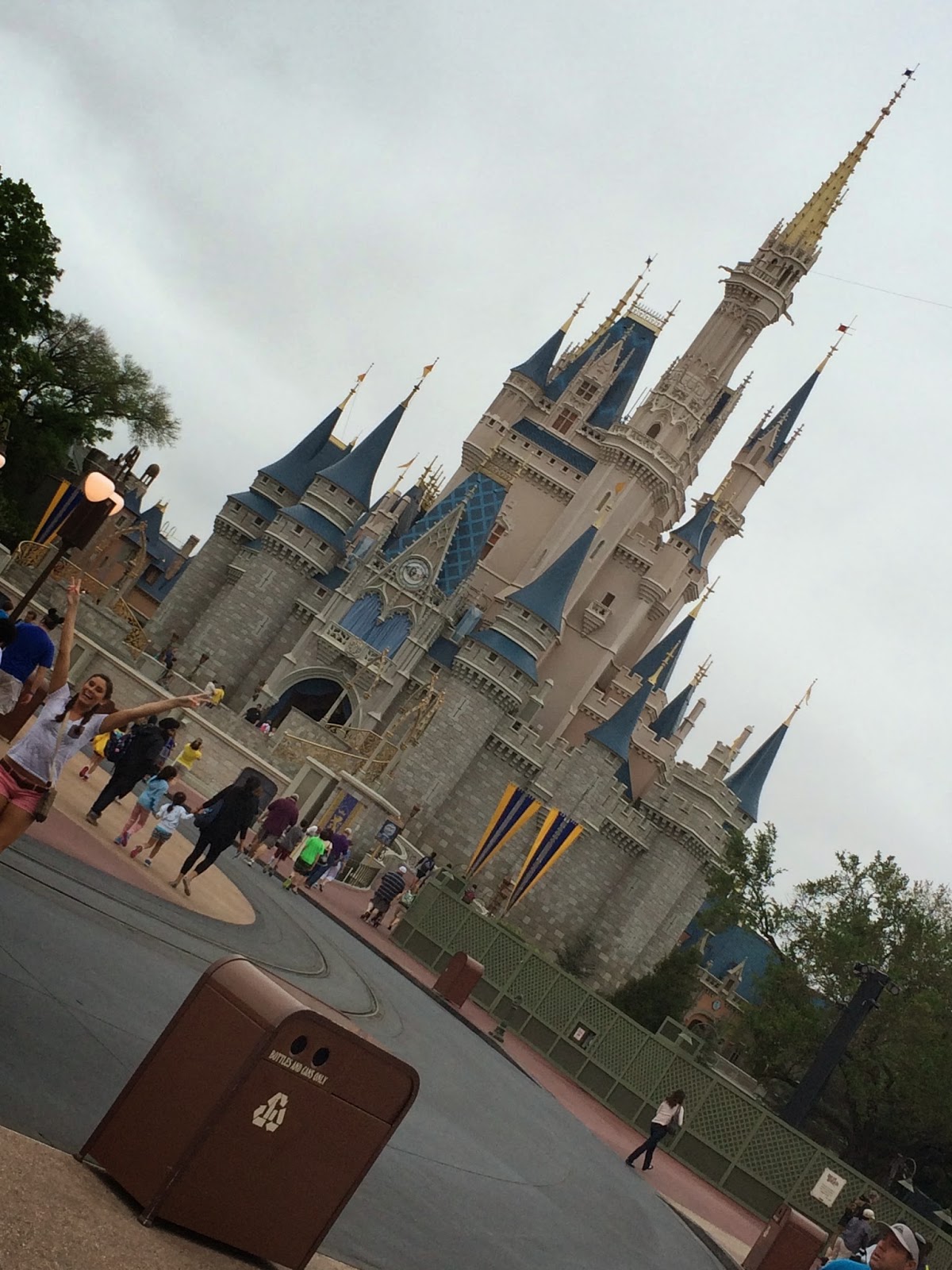 It was great to get away and enjoy some family fun at Disney World. Our family trip was a wonderful get-away with good weather- not too hot, sometimes cloudy, even a little drizzle and fog- but nothing that kept us from enjoying the rides and the other attractions at the various parks of Disney World. As I looked around I saw people mostly having fun. There were the crying kids, of course. There were people of all ages from all over the world walking or with strollers and wheel chairs and wheeled carts causing "traffic jams". There was lots of waiting in line which is part of the "Disney Experience". Staff were cheerful and efficient as was the Disney resort where we stayed. All in all, very impressive. I saw no guns and I saw no need for guns in the "happiest place on earth."

While I was away, there were the usual number of shooting incidents. This one in Florida was particularly awful, if one can be worse than another:

"There were few answers on Thursday about what led a 12-year-old boy to allegedly shoot his two brothers Wednesday night, killing one and injuring the other, before turning the gun on himself.

Investigators say Kevin Pimentel, remembered as a quiet kid who played with his iPad on the school bus and was in gifted classes, shot and killed his 6-year-old brother, Brady, and injured his 16-year-old brother, Trevor, inside their home. He then shot himself, committing suicide, Pasco County Sheriff Chris Nocco said at a news conference Thursday morning.

Trevor was shot in the leg and remains hospitalized with nonlife-threatening injuries.

Detectives believe the incident was precipitated by an argument while the boys were cooking inside their Sugar Lane park mobile home at 16916 Bachmann Ave. But Nocco said investigators did not yet know what led to the argument or what it was about."

Arguments between children should not end up in a shooting that takes lives. This is insane. And we can do something about it if we get people who buy guns to understand that guns are a risk if owned and certainly need to be stored unloaded and safely away from the hands of children and teens. But our American gun culture has become so cavalier, in large part because the gun lobby has pushed for the "normalization" of guns everywhere, that people actually believe guns will keep them safer. The opposite is true of course.

And while I was away, an Arizona state Senator proposed a mandatory church attendance law to stop gun violence. I'm not kidding. I don't make this stuff up.

Two Miami children were shot and injured in separate incidents with no one yet arrested.

Another road rage incident, this time in Pennsylvania, resulted in the arrest of a man carrying a handgun in his car. Guns in cars- loaded and left out where they can be easily accessed- are a bad idea. Other such incidents have ended in death.
This child shooting happened in Pennsylvania. Again, one more toddler who gained access to a gun and shot and injured himself. Where is common sense? All were lucky this did not end in yet another tragic death as we are seeing more and more often in America.

Guns should not be used to randomly shoot innocent people on freeways as they are driving. This latest incident in the Kansas City, Missouri area reminds us that there are way too many people with guns who shouldn't have them and who use them to terrorize the public. Guns are like that. They can be used to terrorize people. From the article:

“In my 18 years as a police officer, I've seen a lot of things and this was absolutely one of the scariest things that I've witnessed,” said Jimenez. “He had no regards for public safety, he definitely was trying to kill police men, and citizens.”

Jimenez said police did not stop traffic because he felt other motorists would be sitting targets.

It's also a reminder that we are doing little to stop people who shouldn't have guns from getting them anyway. America is a country with weak gun laws and an insane gun culture. This is what we get.

Just before I left on my trip, States United to Prevent Gun Violence produced an amazing video of a mock gun shop set up in New York City. You can watch the reaction of prospective gun buyers once they hear the history of the gun they are considering. Guns have a history and we need a history lesson in order to understand the risks of guns. Here's the video:

You can see more at the website, Guns With History. Also you can see the freak-out by the gun rights extremists about this video. One can only imagine that if gun buyers understand what can happen with the gun they are about to bring home, they may just decide not to buy one. What would happen to profits if that were the case? But when profit comes at the expense of human lives, we have a serious problem. It's an epidemic of gun violence that can only be cured by a change to our national conversation about gun safety and ways to make us all safer from devastating gun violence.

Speaking of devastating gun violence, a cartoon on a Cincinatti media site showed the shooting deaths March 20-March 25 and called it March Madness. Indeed it is-14 gun injuries or deaths in 5 days. It's just another average day in America.

The corporate gun lobby is pushing for permitless carrying of guns in states all over the country. It looks like the Kansas legislature will pass such a bill. On the face of it, how does this even make any common sense? No matter what the gun lobby tries to say about this, it means that anyone will be able to carry a gun if the law passes- felon or not; domestic abuser or not. From the article:


“Carrying a gun is a lifestyle,” said Rep. Travis Couture-Lovelady, R-Palco. “The government should trust its citizens.”

Why trust everyone with a gun when you have no idea if that person can pass a background check or should be carrying that gun? Remember that many guns are purchased without background checks from private sellers at gun shows, on the Internet or other venues. That means that a gun bought without a background check, potentially by someone who is a prohibited purchaser, could then be carried around without a permit which would require a more complete background check by law enforcement. What's to stop a felon or domestic abuser or dangerously mentally ill person from carrying a gun in public? Who would know the difference between a "law abiding" carrier with no bad intent or someone with bad intent carrying a gun to inflict injury or death on others? But even those "law abiding" legal gun carriers have been known to shoot others.

Conceal carry permit holders have been responsible for more than a few homicides since the laws have passed in so many states. The Violence Policy Center is keeping track of gun carriers who have killed other people. Take a look and tell me if we should just trust anyone carrying a gun to be responsible with that gun. But I digress.

Oh, and speaking of the American gun culture, the NRA's own Ted Nugent is up to his usual rude and offensive stuff. It will be more than interesting to see what else Nugent has to say at the upcoming NRA convention in Nashville. Remember, the organization most associated with gun rights in America keeps this guy on their Board of Directors meaning they must endorse this kind of talk.

And last, but not least, the gun rights extremists are so paranoid about us gun safety reform folks that they managed to create a Google app that revealed personal information about gun violence prevention advocates. Thankfully it has been taken down. But these folks seem to think anything goes when it comes to their rights. Responsibilities apparently don't come with those rights. A civil debate and discussion can happen about the issue of gun violence prevention. But perhaps that is what these folks are afraid of. If a civil and reasoned debate based on facts and research about the causes and effects of gun violence occurs, it may not come out on the side of guns everywhere for everyone. Is that what this is about? It's past time to find out.

One of my critics who reads this blog wondered why I report shooting incidents here. What good does that do? What it does is to expose the notion that more guns are making us safer. Because if more people understand that shootings like the ones I post here are happening everywhere every day, they may just join the cause of gun safety reform. Because the shootings happen everywhere, they can happen anywhere and to people we all know and love. And that may lead more people to support common sense gun legislation and common sense conversation about gun safety reform. A conversation about gun safety reform that could lead to laws to keep guns away from people who shouldn't have them is not mutually exclusive to protecting gun rights. This is not either/or. It's both and it's about saving lives.

When the gun lobby pushes for no restrictions on guns or who owns them, it makes it hard to keep the discussion civil and based on fact. Restrictions are necessary for a civil society. An armed society is definitely not a polite society. So yes, while I was away, a lot of shooting incidents happened as well as activity by the gun rights extremists to arm everyone and pretend that mandatory church attendance will solve our gun violence epidemic. Let's talk about what will really work to have safer communities.

Speaking of safe communities, I heard no gunshots at Disney World except for the Indiana Jones show at Epcot. The only bangs I heard were at various attractions and shows and most particularly at the light and laser show at Epcot which was, as advertised, spectacular. 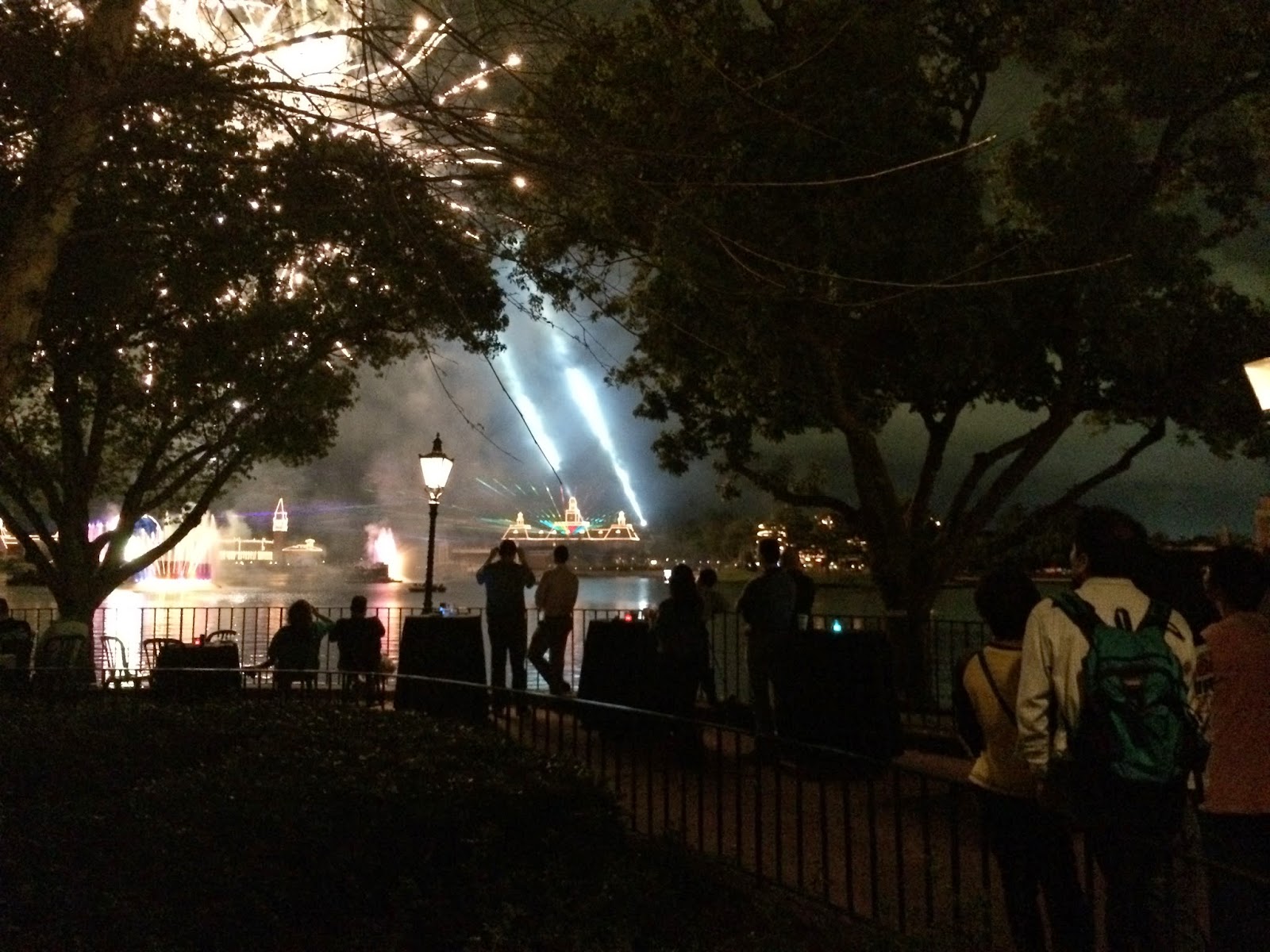 You can also read this post at commongunsense@wordpress.com where I am also cross posting what I write here.

I must add one more shooting incident to my list, though there are many more. In Kentucky, a 5 year old unlocked the gun cabinet, took out a gun and shot his sister. The little girl will live apparently. But kids are curious about all kinds of things. Perhaps people should re-consider whether they should have guns at all at home when children are small or even when they are teens. The risks are great.