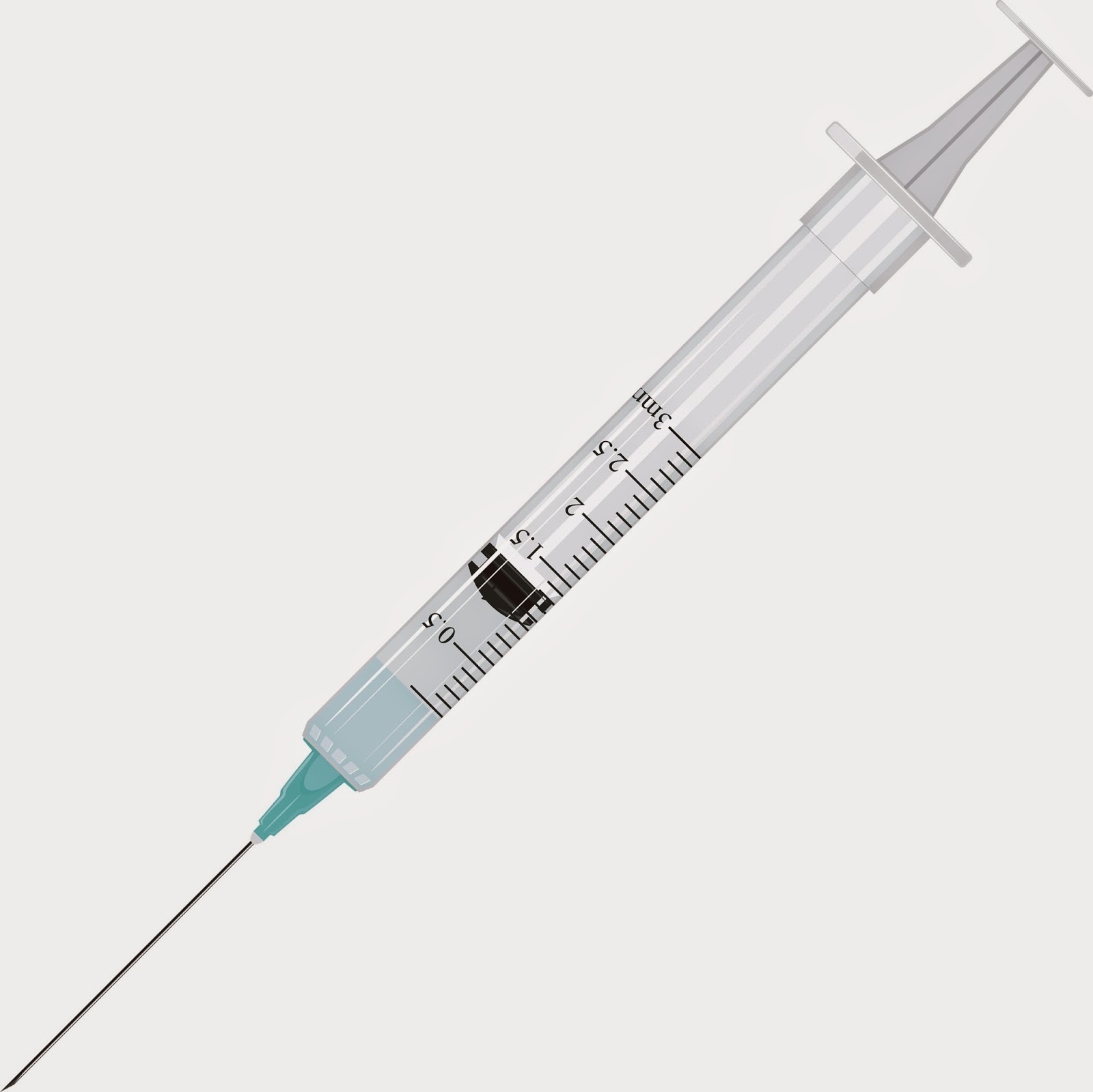 Have we become numbed to gun violence by a violent gun culture promoted by the corporate gun lobby? When profits are more important than saving lives and doing what is best for the common good of the citizens, we are ceding public health and safety to those whose individual rights arguments don't make common sense. Given the actual news of shootings, don't you think this is wrong? Every day there are incidents like the ones below. It doesn't have to be this way. There are things we can do about the gun violence epidemic in our country but we don't.

For example, no one really wants teen-agers to have access to guns that they use to kill or injure other people. But they do. As a result, a Pittsburgh area teen with a gun shot and injured 3 people at an area mall. Here is a tweet from an NFL football player ( from the linked article):


""Damn was just in monroeville mall and just saw 2 ppl get shot," he tweeted. "They are letting guns go in there.""

Yes, they let guns in there. That is the problem. We are letting guns in everywhere. The corporate gun lobby has made sure that just about anyone can and should carry guns to defend themselves in public. But instead, this idea that we should allow loaded guns in public places is deadly and few gun carriers are using guns to defend themselves in public. So in the minds of the gun lobby, people need guns in public to protect themselves from other people with guns in public. State legislators have been deceived into believing we would be safer with this kind of gun culture. They were wrong. The gun lobby's idea to normalize carrying guns in public has done just that. Why not carry a gun concealed or openly carried in public if that's the law? How do we tell those with bad intent from those who don't intend harm? When we encourage gun carrying in public, that is what happens. What kind of example is this for our young people?

In addition, teens can get guns easily enough from various sources because we are doing little to stop the sources of gun trafficking. And teens are killing each other in public places, on our streets and in homes all over our country. Some are gang related. Some are not. Some are homicides. Many are suicides. Some are unintentional ( "accidental"). Every life matters. Innocent people get in the way of the bullets meant for someone else because bullets don't know where to stop. And that is the culture we have created. But I digress.

A Georgia man shot and killed 5 people, including himself, in what seems to be a domestic related shooting.  Some of the victims were young children. More than a few of our country's mass shootings are due to domestic disputes gone wrong. When guns are so readily available, the result is more gun deaths per 100,000 than any other civilized democratized country not at war. More guns have not led to more safety or fewer gun crimes and gun deaths.

This next story illustrates just how crazy and dangerous our gun culture has become. In Florida, a local gun owner has decided it's perfectly safe to set up a gun range in his front yard:

Carannante wants to fire his 9mm in his St. Petersburg yard, which happens to be just feet away from children. According to St. Petersburg Police, legally he's allowed to do it.

“I wouldn't have done all this if I didn't know the reaction,” Carannante told us, who claims he has all the proper paperwork for his weapon.

He says he will inform neighbors when he intends to fire his gun, which he hopes to do every other weekend.

I'm sure this man does not want to hurt anyone. But his actions and words suggest that he has no idea that he is likely to hurt someone. He will be polite enough to inform his neighbors when he intends to fire off his gun but it will likely be every other weekend. When are kids out playing during the school year? Every weekend. Poor guy. He is so inconvenienced by having to go to a gun range. I'm guessing that if one of the bullets flying around in the neighborhood hit a child or a neighbor, the inconvenience will be tragic all the way around. And can we talk about the noise? Gun ranges close to residential neighborhoods have been proven to be dangerous to the residents. Check out what happened to this Washington state woman. This is the definition of insanity and a gun culture gone terribly wrong.

This article about the high number of St. Paul police department shootings gets to the root of the matter. There is no excuse for officers shooting people of color at higher rates than others. We are having that debate all over the country after the shooting of a black teen ( Michael Brown) in Ferguson, Missouri. It's complicated for sure. From the article:

“The bottom line is that the officer has a matter of seconds to make a decision of what the perceived threat is at the time and then respond to it,” he said.

Over the past decade, that threat has escalated, police and others say.

In the five years that Thomas Smith has been St. Paul police chief, department officers have been involved in eight shooting deaths. Smith attributes the spike to several factors: more guns on the street, more police interactions with the mentally ill, and more people under the influence of drugs or alcohol.

In 2012, he said, police recovered nearly 600 firearms — a record for the department.

“That has made our job much more dangerous,” he said.

There are no excuses for some shootings by police officers. Questions need to be asked and answered. But there are also no excuses for the increase in the number of guns on our streets which put officers on high alert and risk for their own lives. Dealing with mental illness is a must. And dealing with drugs and alcohol abuse has been a decades ( or longer) long effort. But dealing with the guns is avoided because no one wants to take on this volatile issue for fear of the push back by the gun rights extremists and the gun lobby. This is the gun culture we have created.

So we worry about vaccines, disease, second hand smoke, drunk driving, exposure to chemicals in the environment, pollution, etc.  At a Minnesota college, there is support for banning plastic water bottles. Climate change and environmental policies should be at the top of our list of concerns if we care about the future for our children and grandchildren. There is interest in banning plastic bottles and bags in many places. But guns- not so much. Instead, the gun lobby pushes for guns on our college campuses even when the college leadership and the students don't want them. But never mind- when profits come before saving lives, this is the result.

I heard an interesting analysis on a radio program on my drive home from the Twin Cities yesterday about the current idiotic debate about vaccines. Several of the guests on the program spoke about how government has actually helped keep us safe from car accidents, second hand smoke, infections, disease and more. But there is a current elevated mistrust of government and an actual point of view that people want "freedom" from any government interference in their lives. And so we have people refusing vaccinations for their children, arming up for fights against their own government and gun toting extremists carrying loaded guns around in shows of idiocy and intimidation. We need to be inoculated against insanity and attempts to loosen common sense gun laws.

I love this article written about the latest attempts to let felons and adjudicated mentally ill people carry guns in Idaho:

Study after study has concluded that increased gun ownership does not reduce crime. Recent drops in crime-rates are happening in spite of the surge in gun sales. Police add that someone never before in a gunfight will tend to hesitate. They’re not safer. They’re a target. We’re gun owners, staunch supporters of the Second Amendment, and will freely admit all this.

The facts won’t change regardless of how much bovine blood is offered to NRA oracles. Enough with the snake oil about safety and self defense.

The backers will note the Idaho Second Amendment Alliance is officially championing the bill. What they won’t tell you is the NRA is pushing essentially identical legislation in several other states, including South Dakota, New Hampshire and West Virginia. The nation’s most aggressive, least honest, special interest has already slammed through “Constitutional Carry” in Alaska, Wyoming and Arizona.

An “accidental shooting” is becoming a monthly event in Idaho. Just last week, a Mountain Home woman died after apparently failing to check her gun’s chamber before cleaning it, while talking on the phone. Earlier this year, Veronica Rutledge’s toddler shot and killer her with her own weapon in a north Idaho Wal-Mart. And, at least in the Rutledge case, she had the enhanced permit, which requires substantially more schooling.

At least he’s honest about being bought by the NRA’s campaign funding and owned by its ridiculous grading system. Shameless.

Polls show that more than half of the NRA’s membership, more than 2 million Americans, support universal background checks. Polls show widespread support for more bans on gun ownership, especially for anyone convicted of domestic violence. Even in gun-friendly Idaho, a domestic violence conviction will get your enhanced CCW permit application denied. But, still, the gun crowd wants to assure even the most violent wife beater can pack heat in secret. When guns are involved, fixing real-world problems isn’t the Legislature’s goal. It’s about scoring ideological points.

The thing is, laws are in place for a reason. Health measures like vaccinations against childhood diseases are there for a reason. It has nothing to do with taking away any one's freedoms. It has everything to do with allowing Americans to be free to live full and productive lives, contributing to society and raising happy, healthy families. The cost to society when individual freedoms become much more important than the common good is well documented. Measles can kill children and even adults. Drunk driving can kill innocent people. Second hand smoke can lead to illness and death for innocent people affected. Loose gun laws can lead to preventable deaths and injuries.