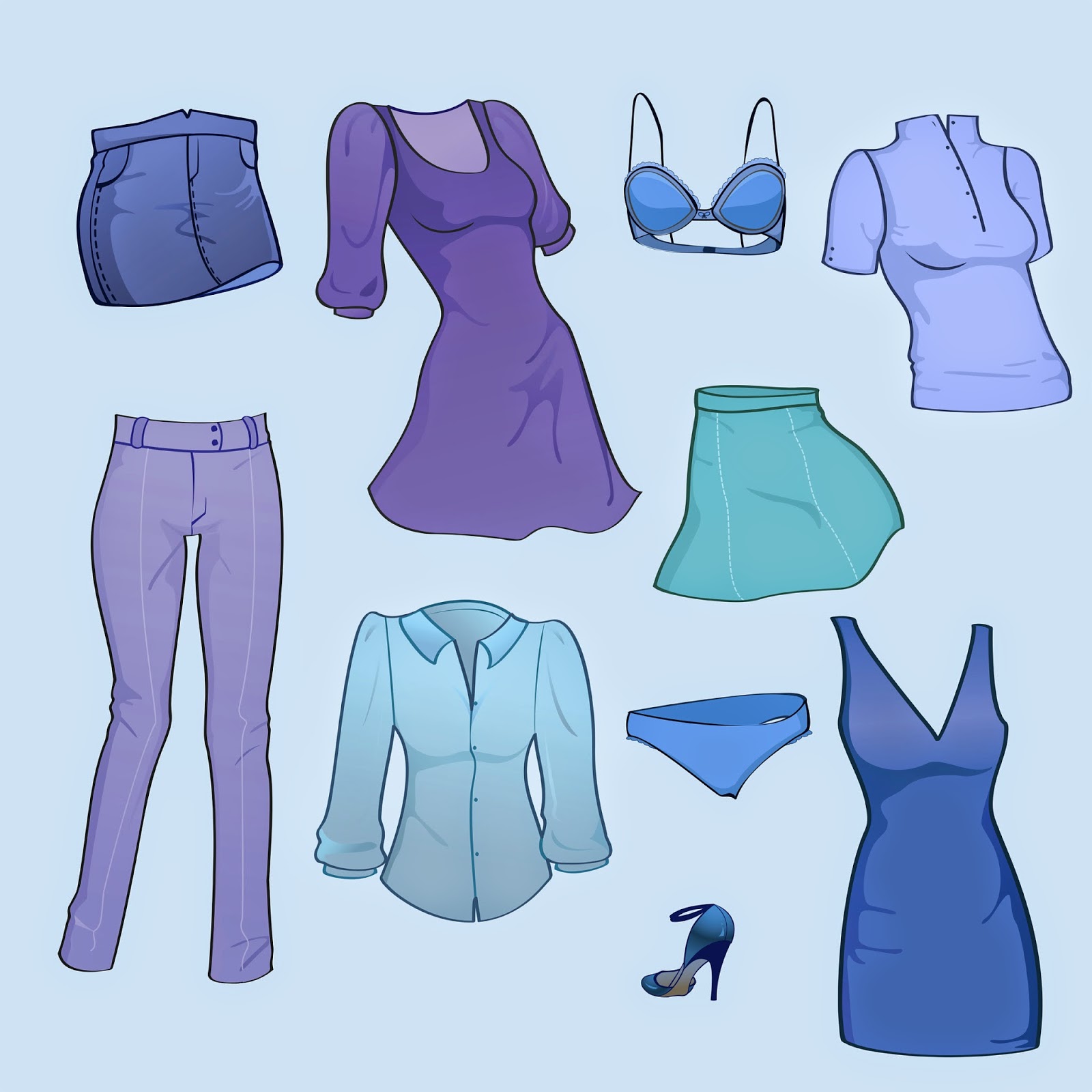 I have written once before about concealable bra gun holsters and the potential problems associated with such clothing. For example, how do you get a gun out in a hurry given that you have to reach under a shirt to get it out? What if you have layers of clothing on making it difficult to get the gun out when needed.? But never mind. The gun lobby/industry pushes the carrying of guns anywhere by anyone and makes it easy for this to happen since the industry produces deceptive consumer products. For example, there's the purse with a pocket for guns that turned into a terrible tragedy last December in Idaho. That purse is really no different from purses I and other women carry every day. The "special" purse obviously didn't work as advertised.

You may remember some other incidents of guns discharging accidentally when being jostled in purses. In Wyoming a Dad gave a gun to his teen-aged daughter for self protection but she dropped her purse at a Starbucks and voila- the gun discharged. And then these- here, and here. But here is some advice for you about carrying in purses:

Let’s face it, clothing is the biggest reason most women prefer purse carry to the other possibilities. And it’s true enough that carrying in a purse involves very little wardrobe adjustment. Oh, you might have to get used to the idea of carrying a large purse rather than a tiny one, and surrender the idea of carrying a purse with a designer label, but that’s really about it. No wardrobe angst required.

But before you decide that purse carry is the only option that will work for you, I want to tell you a dirty little secret. It is my opinion, as an avid people-watcher, that roughly 95% of the outfits I see on other women would work for concealed carry with no alterations whatsoever. 1   Fond of tight, skimpy shirts and classic bootleg jeans? Guess what — that’s a great ankle carry outfit. The low-rise, wide-legged polyester pants that so many women wear to the office work well with ankle holsters too. Love shrug sets? If the cardigan hits the waist, it can conceal a behind-the-hip holster; if the cardigan is short, the outfit will probably work well with a belly band. Whether you love crafty vests, pretty blouses, boxy blazers, or cozy cotton sweaters, the chances are that with a little determination and creativity, you can wear a firearm on your body without altering your wardrobe nearly as much as you fear.

When it comes to fancy dress clothing, the pickings get a little slimmer (but still not entirely impossible). In some dress clothes, a carry purse might really be your only viable option. But unless you wear your party clothes twenty-four hours a day, chances are that you’ve got other choices most of the time.

If you do decide to carry in your purse, it’s really, really a good idea to purchase a quality holster purse. Carrying in a normal purse is so rarely a safe option, and is so slow to access, that it simply should not be done if you can possibly avoid it. On the other hand, a holster purse from either of the two biggest makers will set you back $150 to $300. No lie. They often cost as much as a good leather holster, plus the cost of a high-end leather purse.

Right then. Moving right along.....

Well, now the bra holster has caused a woman to accidentally shoot herself. This is, as all gun "accidents" are, tragic and avoidable. Her family is grieving her loss as is her community and her friends. At any rate,  a Michigan woman is dead because she was trying to adjust the gun in her bra holster. When guns become fashion accessories as apparently some people treat them, we can expect to see more "accidents" like this. Why? Because guns are not fashion accessories. They are deadly weapons designed to kill. And kill they do. Also they are actually hard to carry around concealed. Some people with permits choose not to carry their guns because they are inconvenient, they can be hot or cold depending on the weather and can get in the way when walking around. Thus they are often removed and laid down somewhere where another person( child) can access them. See incidents of guns found in bathrooms or discharging when people put them down or forget they have the gun with them- here, here, here, here, and here for just a few. I have written about these many times before.

The thing is, there are no excuses for leaving a gun behind or putting a loaded gun down and forgetting that others can access that gun and use it either intentionally or unintentionally to shoot another person. The media is littered with reports of such incidents. My last post listed a few of them. But I digress. Back to the bra holster.

Another article shows a photo of a bra holster. What I love about this article are the inane comments left behind by gun trolls. It's like a neck knife? Who carries a neck knife? In what kind of world are these folks living?

And this article has more information about the woman who died as a result of her "accident." From this article:

According to an obituary published by Florin Funeral Service, Bond joined the U.S. Navy out of high school, and served two terms as an active Military Police. She was an administrator for the Road to Life Church, and an “active member of the Christian Motorcycle Association.”

The obituary described Bond as being “on FIRE for the LORD.”

Last summer, she was elected as a Republican Precinct Delegate for Saint Joseph.

Shouldn't this woman, a former Military Police member, have known better? I'm just saying. Shouldn't all of those "law abiding" gun owners whose guns "accidentally discharge" while cleaning their guns know better? Shouldn't the gun owners who drop their guns, forget where they are, lay them down, put them some place where they shouldn't be, etc. know better? Why don't gun owners know better? Treating guns so cavalierly as if rights don't come with responsibilities is becoming more deadly in our country. There is no training required to own a gun, unlike a car. Shouldn't there be? Instead the corporate gun lobby is all about removing all training or permit requirements for gun owners and carriers. How does this make any common sense? Of course it doesn't but when the corporate gun lobby has managed to buy and pay for so many elected leaders, this is the country and the gun culture we get. It's not the country the majority wants, however.

But I digress again. Let's talk about another gun clothing problem- the shirts now produced by a Colorado company that depict a very real looking gun in a holster on the shirt:

Paul Liebe, owner of Nitelife Billiards and Supply in Grand Junction and co-creator of the T-shirts with Sean Strand, posted a warning on the website for the "Open Carry T-shirts" saying the image of a gun in shoulder strap holster on the shirt "looks like a real gun, at a short distance."

"Law enforcement officers may overreact to your shirt," the warning reads. "Listen to the officer. If he says, 'freeze, halt, stop,' just listen to him."

Good grief. Why even make a piece of clothing that could cause law enforcement officers to overreact? You really can't make this stuff up. So now someone walking around in public with one of these shirts on is risking their own safety and possibly that of those around them? Also, this article about these t-shirts suggests that wearing one while black could be particularly dangerous. What else can the minions of the corporate gun lobby come up with? I guess once you've managed to pass laws allowing just about anyone to buy and carry just about any gun possible and then take it with you almost everywhere, you have to find some other source for profits and a way to keep the gun extremists happy. This seems like a slippery slope to me. But I digress.

"Wearing" a gun just does not work out for a lot of folks. I have also written about many incidents of guns falling out of pockets and discharging accidentally. Check it out here, here and here for just a few.

Is that why they want to carry their guns in holsters publicly swaggering around as if the gun is like a belt or anything else people happen to be wearing? It's like a uniform for paranoid people but it's also intimidating to the public. And it's becoming more and more dangerous.

So, to summarize, wearing guns or carrying guns in purses, it turns out, can be quite dangerous. I have an idea. Why not consider leaving your gun at home? Your chances of shooting yourself or someone else by accident are greater than using that gun in self defense out in public. Of course, the same is true of guns in homes, but never mind the facts.

The fact is, these incidents are not that unusual. The gun lobby tries to make us think they are. I mean, the poster boy for the NRA, Wayne LaPierre, proclaimed that "the only thing that stops a bad guy with a gun is a good guy with a gun". This is a myth. And it's killing people. It's not just a few irresponsible gun owners who maybe shouldn't have had guns in the first place or were careless. Look at the examples above. These are just a few of many. Guns are deadly weapons designed to kill. They are a risk to their owners and others around them. Why that very important fact is ignored by the gun lobby is really not so mysterious. The Violence Policy Center published a report you should read: Follow the money. A recent report, also by the Violence Policy Center, highlights the dangers of conceal carry permit holders. You should read that one, too. The recent shooting at Chapel Hill is the 29th mass shooting committed by a concealed carry gun holder.

We have work to do to change the conversation and pass gun policy that will make us more safe, not less safe. The gun lobby could support such measures but will they? Doubtful. When profits come before saving lives, we know the result. 80 Americans are dying every day due to gunshot injuries. Don't you think we should be doing something about this public health and safety epidemic? If so, join me to support common sense life saving measures to stop some of the daily carnage.
Posted by japete at 9:29 AM