Carrying water for the gun lobby and other gun tragedies 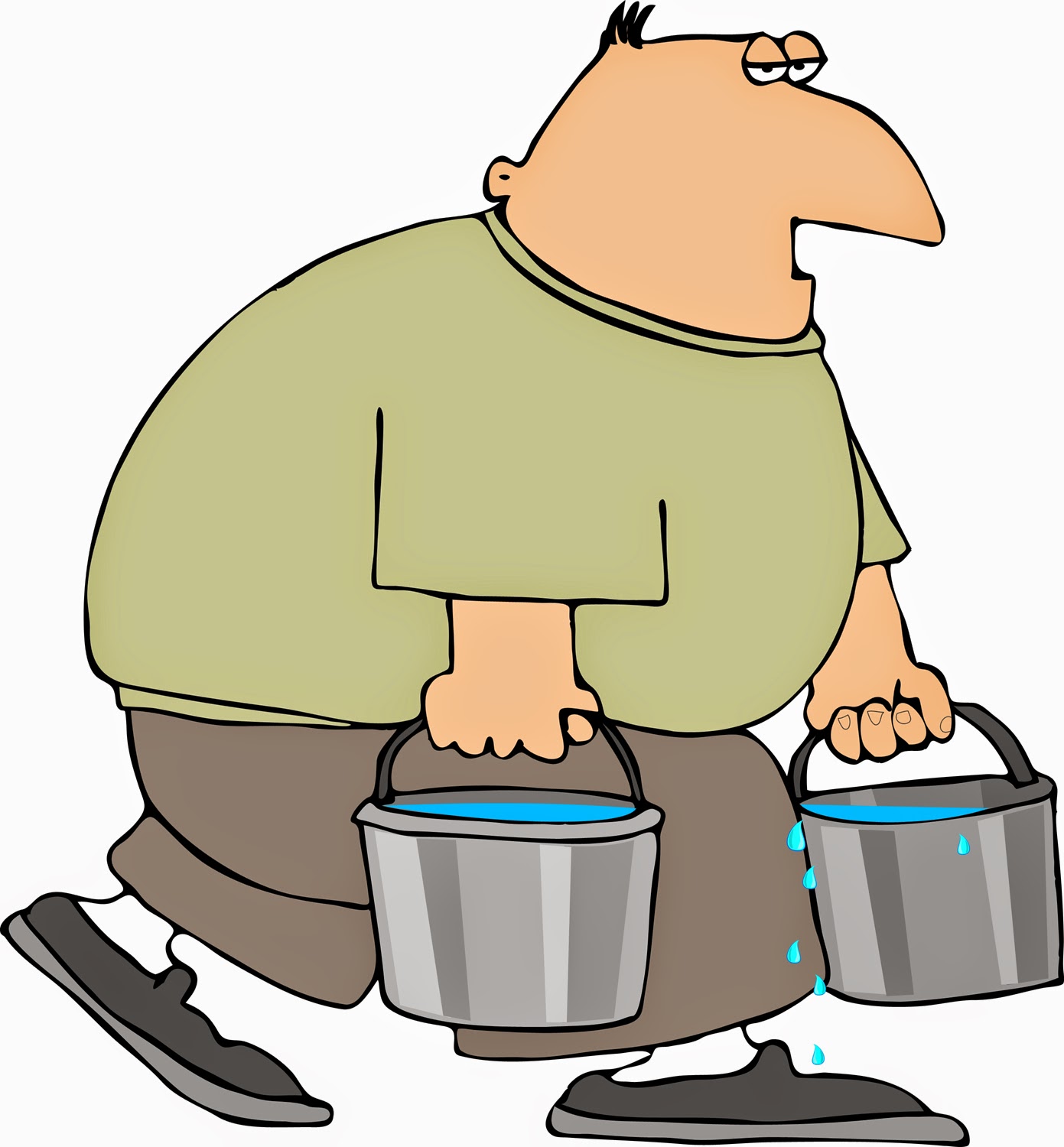 I was looking at what posts seemed to have attracted the attention of my readers and noticed that a 2011 post called "Good guys with guns" was at the top of the list. I never know what resonates. This one likely does because of all of the ridiculous proposals sitting in legislatures all over the country, including my own Minnesota legislature where a bill has been introduced to allow "Constitutional Carry". When so many people own guns and carry guns around in public, the inevitable has and will happen. More people will be shot by those guns. We have a dangerous gun culture resulting in daily tragedies, many of them avoidable and preventable. What we don't need is more people, some of whom can't pass background checks in the first place, carrying guns around legally in public places.

This is already happening in the state of Texas.:

It's not even that Watkins believes God has imbued him with the right to wear a handgun on his hip or that Hedtke thanks it's totally cool to talk about violent revolution because she might have to get concealed handgun before she goes and plays Wyatt Earp.

No, it's not any of that. It's that all of Watkins, Hedtke and state Representative Jonathan Stickland's succeeded. (...) Watkins sat there, told the committee, "go against my God-given rights, I will continue to walk around with an AK-47," and they voted for the bills anyway (notice Stickland plop down and start grinning in the background during Watkins' testimony).

The idea that carrying an AK-47 around in public is insane and dangerous. We are not at war. There are terror attacks all over the world now threatening the security of everyone. What we don't need or want is people like Watkins, who may not even be able to pass a background check, carrying his assault rifle into public places where families hang-out. This is not normal behavior nor should we try to make it normal. But never mind, Texas legislators are about to make this dangerous behavior normal for Texans. Carrying water for the gun lobby is a really bad idea. Acting in the best interest of public safety is the job of our legislators. Instead, they have it backwards and are giving the extremists what they want ( under intimidation and threats, by the way). It's time for the "lapdog" legislators to be held accountable for their actions. They are making it more likely that "good guys" with guns can do more harm to innocent people.

Let's look at a few examples of "good guys" with guns not being so good:

The gun lobby loves guns on college campuses ( or K-12 schools for that matter). Here is why that is a bad idea. A student at a Georgia campus fired off his gun during a dispute between 2 fraternities. Was the gun used in self defense against a gunman(woman) on campus? No, of course not. From the article:

No one was hurt- luckily for all concerned. Did the shooter have a permit for that gun? And why would we want to weaken gun laws to allow for more incidents like this on our college campuses? College presidents and security are uniformly opposed to these measures for obvious reasons but never mind- the politicians who carry water for the gun lobby are pushing these dangerous laws onto the public.

People do get angry at other people daily over all kinds of things. And we all know that teens get angry at their parents. But carrying out their anger by shooting their own family over restrictions on computer use highlights how easy access to guns by teens is a really bad idea. In Kentucky a teen shot and killed his parents and his sister because he was angry about being disciplined. Yes, you read that right. Let's look at this from the article:


Kevin Hendrix was still wearing his coat and tie from work, and police believe the teen ambushed his mother as she arrived home from teaching social work at Union College.Investigators believe they were shot to death Wednesday, and authorities said Jason Hendrix then went to a church youth group meeting that evening and told friends he had found his father’s guns. Police said the teen, a high school junior and ROTC cadet, was angry with his parents for taking away his computer privileges.


The teen was killed by police in a shoot-out. He got his guns from home. Guns in the home are a risk for all who live there. You can read the Brady Campaign's report- The Truth About Kids & Guns if you don't believe me. Further, these incidents are happening daily. They don't fit with the mantra of the gun lobby that stupidly has convinced unwitting or "lapdog" elected leaders that more guns make us safer.

In Alabama, a "good guy with a gun" "accidentally" discharged his gun, killing his son and injuring both himself and his wife. You just can't make this stuff up. Further, this lends the lie to the idea that "guns don't kill people; people kill people." This man did not pull the trigger of the gun. He was cleaning his gun. If you are paying attention as I am, you will know how often this happens in homes all over America. Cleaning guns can be dangerous. More from the article:


The child’s father apparently was cleaning the handgun when it discharged. The bullet went through the father’s hand and struck the 11-year-old, who was sitting on the couch, then struck the mother in the elbow, according to a news release from the sheriff’s office.

So what does the gun lobby have to say about incidents like this? Mostly they say that these are isolated incidents and that the gun owner was not being careful or cautious enough. The thing is, these are happening on a regular basis so that argument is false from the get go. But yet, they continue to push the idea that guns in the home for self defense will make people safer. It's a lie.

And just a few more for your reading "pleasure":


Do I have to continue- because there are many more where these come from. All of these lend the lie to the "more guns make us safer" nonsense coming from the corporate gun lobby and their minions.

So when legislators are convinced that weakening our gun laws to let more people carry guns with no permits required or to carry in places where guns are not needed, they are carrying the water of the corporate gun lobby. They are lapdogs for the gun lobby and should be called out for their actions. We will be less safe. Elected leaders should be working to strengthen our laws on who gets to buy and carry guns and the places where they get to carry. More on this in a future post. For now, I believe there is enough evidence that "good guys" with guns are not making themselves, their families or others safer.

I am including this video from the Brady Campaign about the lapdogs in Congress and our state legislatures:

Find out if your elected leaders carry water for the gun lobby and hold them accountable for failing to keep us safe when they have it in their power to pass legislation to do so and to change the conversation about our dangerous gun culture. Expanding background checks to all gun sales, for example, would make a dent in the illegal gun market. Talking about safe storage of guns and the risks about guns in homes is vitally important to keeping our kids and families safe from intentional and unintentional gun deaths in homes and in public. Making sure that those who carry guns in public can pass a background check and get proper training for handling guns is also key to keeping people who shouldn't have guns in the first place from carrying them around in places where families and the public gather. More can be done to assure that "bad apple" gun dealers are not selling guns to those who shouldn't have them.

Challenging the gun lobby's dangerous ideas that more guns make us safer can come from elected leaders if they choose to be involved in the public health and safety discussion we all deserve in the face of the epidemic of gun violence. We can all be involved in making sure guns are stored safely and ASK if there are guns where our children hang out. Most gun owners practice common sense and want common sense gun safety measures. Why legislate to the lowest common denominator- the gun rights extremists? Ask the question and demand answers. We should expect our legislators to do what's right for the majority of us. Simple things can save lives. Let's get to work.