Wake up call for the gun lobby 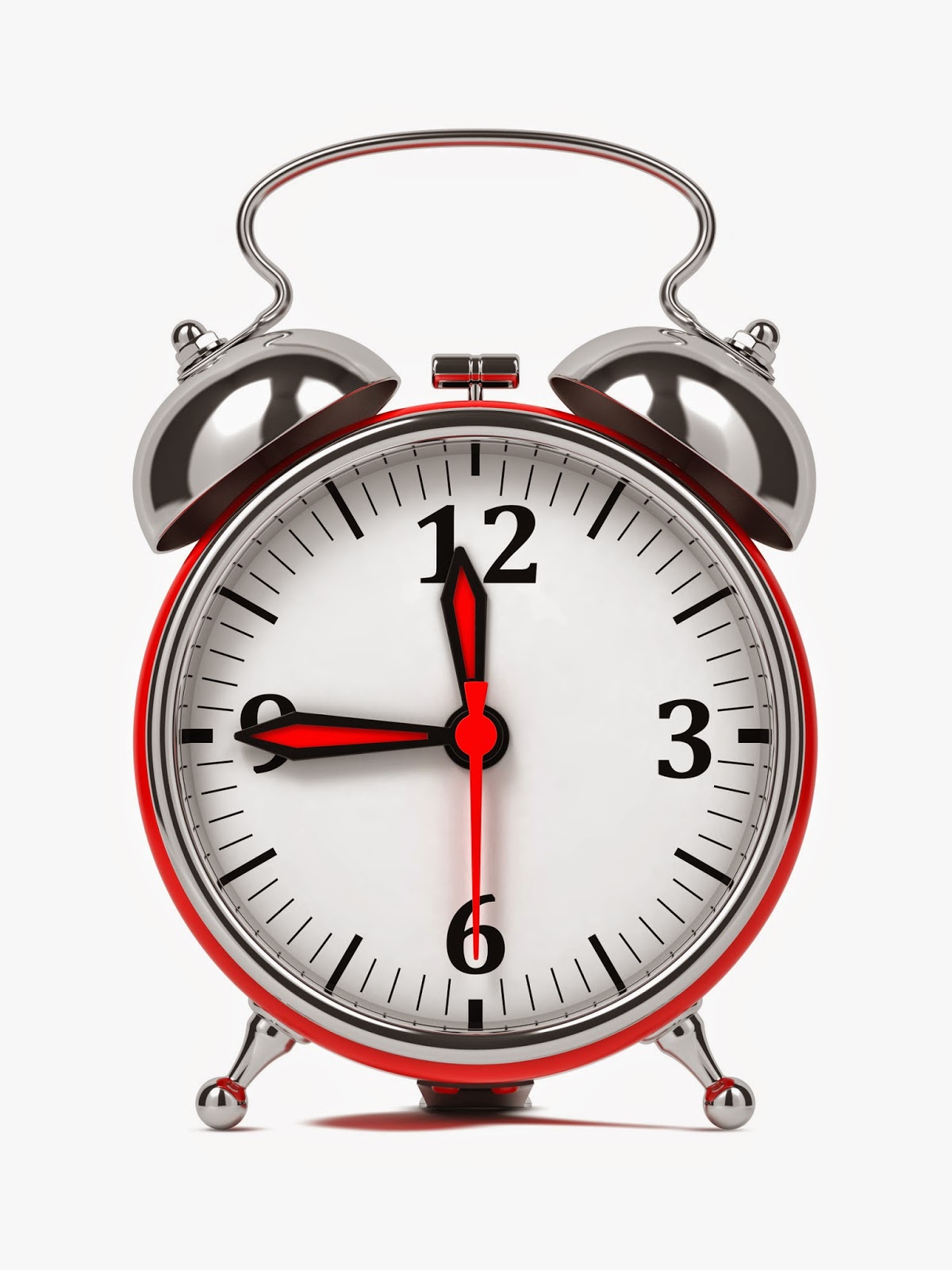 I guess it's not just me. An article written by a gun owner/ gun rights supporter urges the gun lobby and gun rights advocates to get involved in gun safety reform:


"When these incidents happen, shock and blame seem to trump more pragmatic dialogue. Or as Sgt. Joe Friday of Dragnet said: Just the facts, ma’am. Shouldn’t we dig deep enough to find the remedy as well as the cause of the tragedy? The ‘anti-gun’ side trumpets the tragedy, but the gun owner’s side disregard much of what they say because of their own political orientation. The gun side often behaves as if making too much of these incidents creates political risk and harm, and so takes a dissonant stance in response to an avoidable tragedy. Gun owner’s shy away from the political outrage of the ‘gun control’ people. This is a big problem. Take politics and culture out of the issues of responsibility and safety that should inform intelligent conversation and messaging. The leaders of the gun community and control advocates can both own this. They both can exhibit the level of leadership common in other segments of society in order for progress to be made.

However, if that leadership is not on the immediate horizon, gun owners are the ones that can actually take immediate concrete steps to reduce avoidable tragedies. They should not shy away from embracing a safety code that respects the rights of their neighbors and protects innocent lives. The airline industry, and even individual pilots are fine describing a crash as ‘pilot error’, and more importantly, using the ‘learning’ to avoid future disasters. We find no issue in placing responsibility for the majority of fatal auto crashes on the driver. It is usually NOT the machine, but the operator of the machine who is at fault. As they say in the military, there is no such thing as ‘accidental discharge.’" (...) But the lack of support for coming up with more innovative ways to promote smart safety campaigns is glaring. No one wants to read another article about an avoidable shooting. Taking this on is something that is aspirational and heroic. An industry that has been referred to as a ‘cottage industry’, but now generates national conversations every day, should at least consider other ways to promote non-political safety messages that talk to new and unschooled consumers of firearms. Along with reminding those who have grown up around guns. No one gets hurt with an extra reminder or two about safety. No one."

The thing is, this is a good article as far as it goes. Yes, an extra reminder or two about gun safety would be great. That is just a beginning. Since the corporate gun lobby is not representing their own members when they oppose, for example, background checks on all gun sales, they are making it easier for people to get hurt or killed.  We would all be safer if we would require background checks on all gun sales. And I haven't even mentioned safe storage, trafficking or a variety of ways to make guns safer.

One would think that the continued carnage would alarm even the gun lobby and Congress. In 2011, a sitting U.S. Congresswoman- Gabrielle Giffords ( Arizona) was the victim of an assassination attempt which killed 6 and wounded 11 innocent people.  Sadly, this was not enough for Congress to practice common sense and do something to stop the next such incident. Instead, Congress virtually turned its' back on any measures that could save lives. The worst betrayal of public health and safety was the failure of the U.S. Senate to pass a simple background check bill because it failed to reach the 60 vote super majority now required to get anything done in the Senate. This came, of course, after our country's most heinous shooting of 20 7 year olds at Sandy Hook elementary school. Even then, the gun lobby resisted doing the right thing and, in fact, openly opposed it. This was a low moment in American history and totally befuddled the rest of the world.

Meanwhile, the bells toll every day for victims of gun violence. They toll at their funerals. They toll at memorials to honor them. I know I have rung the bell way too often in memory of victims and of my own sister. How many times do we need to ring that bell? How loud does the alarm have to sound before the gun rights community stops opposing efforts to stop the carnage?

Yesterday we learned that an Ohio man, who was severely mentally ill, was arrested for making threats to kill House Speaker John Boehner. The tragedy is that this man was able to get his hands on guns in spite of his mental illness. The man was arrested before he had a chance to do any harm. Even his own mother recognized that his mental health was a serious problem and took one of his guns from his home. He had several ideas in mind for how to kill Speaker Boehner but he owned guns and had the ammunition to carry out his crazy plan.

Again, in Ohio, a licensed gun shop owner helped the FBI in an arrest of a man who had revealed plans to blow up the U.S. Capitol. He was trying to buy guns and ammunition. Luckily he tried to buy them from a licensed dealer willing to help and where background checks are required. From the article:

The operation, according to court documents, involved the detonation of pipe bombs and the use of firearms to "kill employees and officials in the U.S. Capitol.''

While preparing to travel to Washington this week, Cornell was arrested Wednesday following the purchase of two M-15 semi-automatic rifles and 600 rounds of ammunition.

Rep. Michael McCaul, R-Texas, chairman of the Homeland Security Committee, said the Ohio case "should set off alarm bells'' in wake of the Paris attacks.

"These terrorists are intent on attacking our country and are attempting to convince Americans at home to radicalize, embrace their perverse world view and commit acts of violence,'' McCaul said.

Again with the alarm bells. Does Representative McCaul and the rest of his colleagues in Congress make the connection between America's lax gun laws and the ability for terrorists to get guns right here in our own country? Will the alarm bells cause changes to our laws as they should? Terrorists are not on the list of prohibited gun purchasers. We have a gaping hole in our gun laws.

Legislators in California woke up to the alarm bells when they passed a law recently that allows family members or others to report someone to law enforcement if they are concerned that a person could endanger their own or someone else's life. It is called the Gun Violence Restraining Order. Law enforcement can temporarily remove firearms from a person reported to them. This came in response to the tragic shooting and stabbing of 6 in Isla Vista, California by a young man who was mentally ill. His parents actually did report him to law enforcement because of their concerns that he could be dangerous. But there was no law allowing them to remove his firearms. California is one state where background checks are also required for all gun sales. In most states, including Ohio, anyone can purchase a gun from a private seller on the Internet or at gun shows- even dangerously mentally ill people.

So where is the corporate gun lobby in decrying these tragedies? Where is the gun lobby when one of their supporters in Congress could have become a victim of a tragic shooting? Where is Congress when it comes to protecting the country from potential terrorist attacks? What will it take to finish the job to expand Brady background checks? The Brady Campaign wonders about this as well. From Dan Gross, President of the Brady Campaign:

A wake-up call indeed. The gun lobby is hurting themselves with their failure to support common sense gun safety reform. Apparently their leaders have not received the message that the majority of Americans support expanding background checks. It's time for them to join in the efforts to save lives and stop standing in the way of what most of us have said we want. The gun lobby should get out of the way and let Congress do what most of their members know is the right thing to do. The wake-up call happened long ago. Will it be answered soon?


I would like to update my recent post about the terror attacks in Paris. One of my readers argued with me about an armed citizen being able to stop the shooters and was pretty sure it could be done. He will be surprised, then, to watch the video in this article about a group of Texas gun rights activists who "re-enacted" the terror attack to prove that armed citizens could have made a difference. It's actually not a surprise to me that none of the "citizens" was able to shoot the terrorists. I should say that one person was able to get a shot off at one of the terrorists. The only citizen to escape death was a woman who ran from the scene. The gun lobby is so sure of themselves when they claim that armed citizens can stop shooting attacks. If even their own can't prove the opposite, why don't they realize that their tired old message that more guns make us safer and "good people" with guns can stop "bad people" with guns is false?

My friend at New Trajectory has written a blog post similar to this one. And we are not alone in finding the "re-enactment" of the Paris terror attack absurd. The exercise in which the gun rights folks engaged proved the point we all have been making for years now. Guns just do not stop mass shootings. What will stop them is keeping guns away from people who shouldn't have them. Or, at the least, there may be fewer of these kinds of shootings. Now that the "Truth About Guns" has completed this exercise, will they admit that they have been wrong? Will they change their talking points? We'll wait to see. The actual truth about guns is that they are dangerous weapons designed to kill others and don't work very well in self defense situations. Read this blog post for more on that.
Posted by japete at 8:12 AM