The comfort of guns? 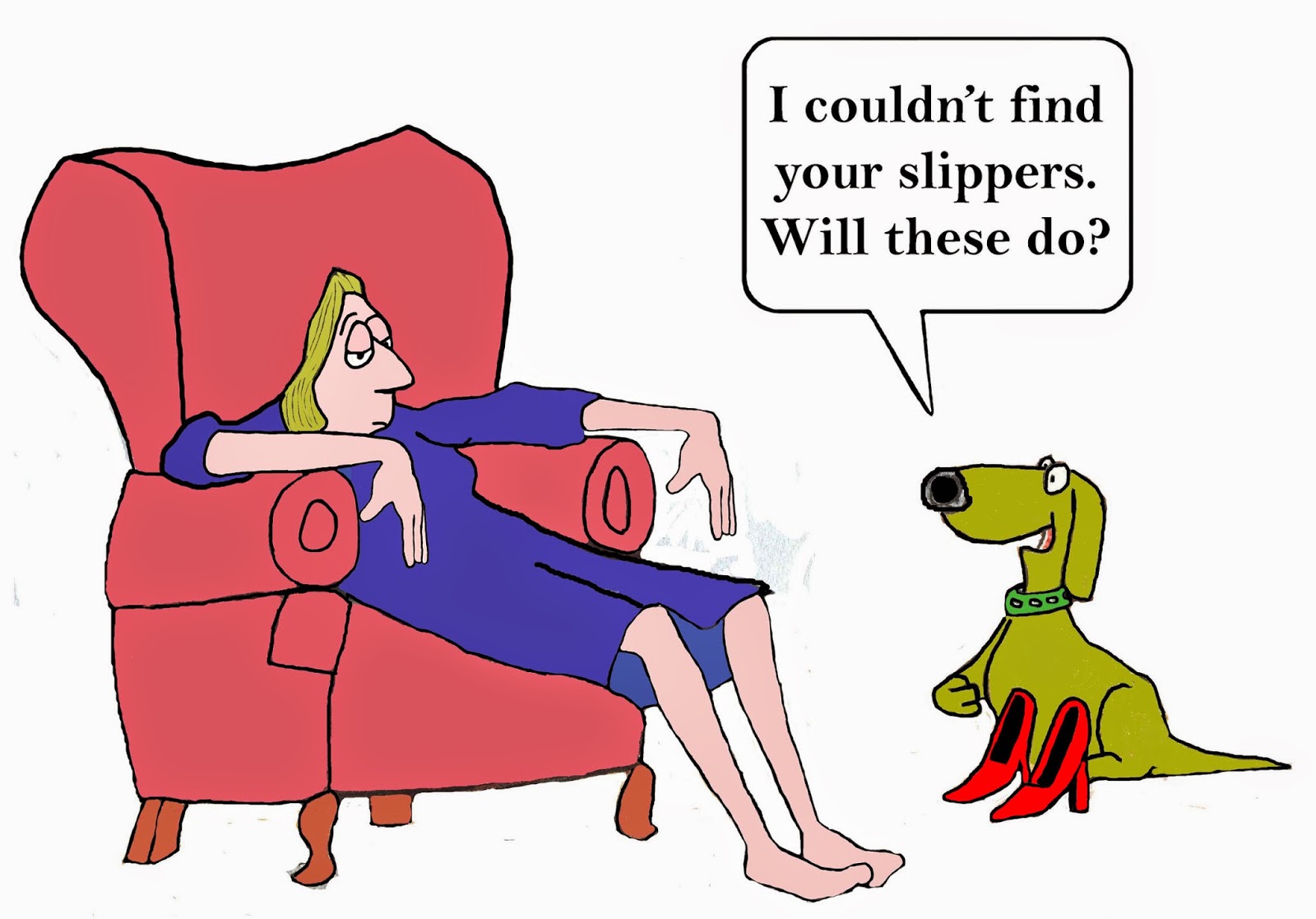 The terror attack in Paris appears to be over but has left behind a nation grieving over lost lives and the chaos created by such a bold attack. In America there is much discussion about the attacks and the "offensive" cartoons published by the French media outlet called Charlie Hebdo. I'm sure there will be continued debate and discussion about free speech, political speech, political satire and what it all means going forward. It's a heavy topic for sure. The topic of political violence, mass shootings, guns, gun rights, gun trafficking and all that comes with that is always heavy and controversial.

I updated my previous post to include a few more articles about the topic of easy access to guns by terrorists, gun rights, gun cultures and world-wide gun trafficking that leads to more guns everywhere. Clearly guns are not the only weapon used in terror attacks but in this latest case and several recent cases of terror attacks, guns have been the weapon of choice. They are quite effective at causing terror and violence.

And while that heaviness and discomfort continues to reverberate, I want to call attention to a piece written by Josh Horwitz of Coalition to Stop Gun Violence who challenges that gun culture that I write about on this blog. His editorial was written in reference to the shooting of a young mother by her two year old son with a gun found in his mother's own purse. It was an awful tragedy and a reminder about America's gun culture and the risks and dangers of our gun culture. From his article:

The incident itself was striking, a terrible loss of precious life. But equally striking were the things said by Rutledge's family and friends in the wake of the tragedy.

It quickly became apparent that Rutledge had no clear reason for carrying the gun. "In Idaho, we don't have to worry about a lot of crime and things like that," her close friend Sheri Sandow said. Indeed, Rutledge was from Blackfoot, Idaho, a town of 11,000 with a crime rate 44 points lower than the national average. "She wasn't carrying a gun because she felt unsafe," stated Sandow. "She was carrying a gun because she was raised around guns." (...) Sandow's explanation just didn't sound rational. And yet it was seconded by Rutledge's father-in-law, Terry Rutledge. Asked to explain why Veronica would possibly engage in such risky behavior, he responded, "Odd as it may sound, we are gun people."

Yes, it does sound odd, because injecting a loaded weapon into such a situation presents serious risks that dramatically outweigh any potential benefits.

From all appearances, Veronica Rutledge should have been able to comprehend those risks. This was an intelligent, accomplished individual. One of her high school classmates recalled that she was "valedictorian of our class, very motivated and the smartest person I know." Rutledge would go on to attend the University of Idaho and work as a nuclear research scientist at Battelle's Idaho National Laboratory. She published several articles on topics including the disposal of nuclear waste.

Yet she bought into gun culture whole-hog, including its most pernicious lie that "guns make you safer." On Rutledge's Facebook page, she Liked both the National Rifle Association and Guns.com, a website that recently advised readers to store handguns in their toilet bowls, linen closets, refrigerators, and front doorknobs. The purse Rutledge used, manufactured by a company calling itself Gun Tote'n Mamas, was even featured on the cover of the NRA Store catalog.

Rutledge was not alone. A survey conducted just weeks before her death by Pew Research found that 57% of Americans believe gun ownership does more to "protect people from becoming victims of crime" compared to 38% who said it does more to "put people's safety at risk."

In reality, the data has consistently shown exactly the opposite. A comprehensive review of research in this area found "the health risk of a gun in the home is greater than the benefit. There are no credible studies that indicate otherwise. The evidence is overwhelming that a gun in the home is a risk factor for completed suicide and that gun accidents are most likely to occur in homes with guns ... On the potential benefit side, there is no good evidence of a deterrent effect of firearms or that a gun in the home reduces the likelihood or severity of injury during an altercation or break-in."

Studies also show a gun in the home is associated with increased risk of homicide. One of the most-cited found that the odds of a homicide occurring in a household with a gun is almost three times greater than for a household with no gun. Another study in the Annals of Emergency Medicine found that "having a gun at home is a risk factor for adults to be shot fatally or commit suicide with a firearm." It recommended that "physicians...discuss with patients the implications of keeping guns at home." Yet another found that every time a gun injures or kills in self-defense, it is used eleven times for completed and attempted suicides, seven times in criminal assaults and homicides, and four times in unintentional shooting deaths or injuries.

So when people are raised around guns they just want to have guns and carry them? Because we have been deceived into thinking we can't do anything about preventable and avoidable gun violence and terror attacks, we don't? With more guns comes more gun violence and more gun deaths. Terror attacks, gun suicides, toddlers killing family members, mass shootings and all of the others are not inevitable. We are asking the wrong questions. Where are the guns coming from? Why do people think guns pose no risk to them or their families? What can be reasonably done to stop the shootings? It's way past time to talk about the guns and how terrorists, domestic abusers, dangerously mentally ill people and felons keep getting guns and terrorize families and cities everywhere.

Until we deal with the issue of devastating gun violence with common sense, these tragic incidents will continue. Horwitz's column reveals that many in the gun rights community view tragedies like the one in an Idaho Walmart ( where many shooting incidents occur, by the way, according to Walmartshootings.com) as inevitable. Cynical at best. But I digress. More from the linked article above:

When any one of the "gun people" is lost as a result of this insidious propaganda, they are immediately thrown under the bus and derided as singularly "stupid," "careless" and "irresponsible," even when that someone is a nuclear research scientist. "It was an isolated incident," we are told. One NRA member commenting at the Coalition to Stop Gun Violence Facebook page wrote about Rutledge, "This woman deserved to die she was so abysmally stupid, the gene pool is better for it and the rest of us are safer for it." The Truth About Guns blogger Robert Farago was even more cutthroat in his analysis:

"Shall not be infringed" means no government-mandated regulation for keeping and bearing arms. None. No mandatory training. No background checks. No limitations on ammunition magazine size. No limitations on firearm type. No safe storage laws. Nothing ... The statistically insignificant--but nonetheless tragic--percentage who don't practice common sense gun safety sometimes pay the price. At the risk of sounding cruel, that's the price of freedom.

Well, it's hard to know what to say after reading those comments noted in the article. I guess to some, the avoidable gun deaths happening all over our country are the price to pay for the second amendment. I am betting that the family of the mother shot by her toddler don't consider her life to be statistically insignificant. I know my sister's life was definitely not insignificant. Perhaps if Mr. Farago and the angry folks who make these comments had lost a loved one to a bullet, they wouldn't be making insane comments like the ones they continue to make. Hopefully they would be working very hard to prevent other families from similar tragedies.

There is so much we can do to prevent these tragedies but we don't because some have bought into the dangerous philosophy that there should be no infringements whatsoever. To these folks, rights do not come with responsibilities to be safe. We just can't be comfortable with these avoidable tragedies or the risks that guns present to all of us. The fact that too many gun owners are cavalier and comfortable with the comfort a gun provides them without thinking through the risks is more than bothersome. Being comfortable with guns does not have to mean being risky or irresponsible with guns. The two are not mutually exclusive. I grew up around guns and was not uncomfortable around them but I am uncomfortable with the idea that there should be absolutely no restrictions on guns or their owners for the collective safety and comfort of our families and communities. The fact is that this comfort level around guns is just not making us safer. People should be uncomfortable around guns. That is what will make them safer.

Happiness should not be a "warm gun."

Terror attacks, domestic shootings, kids shooting kids, kids shooting parents or siblings, gun suicides, mentally ill people shooting up schools and malls, felons with easy access to guns- all of these should make us uncomfortable no matter where we live. There is no comfort for the victims and survivors of preventable gun deaths and injuries.