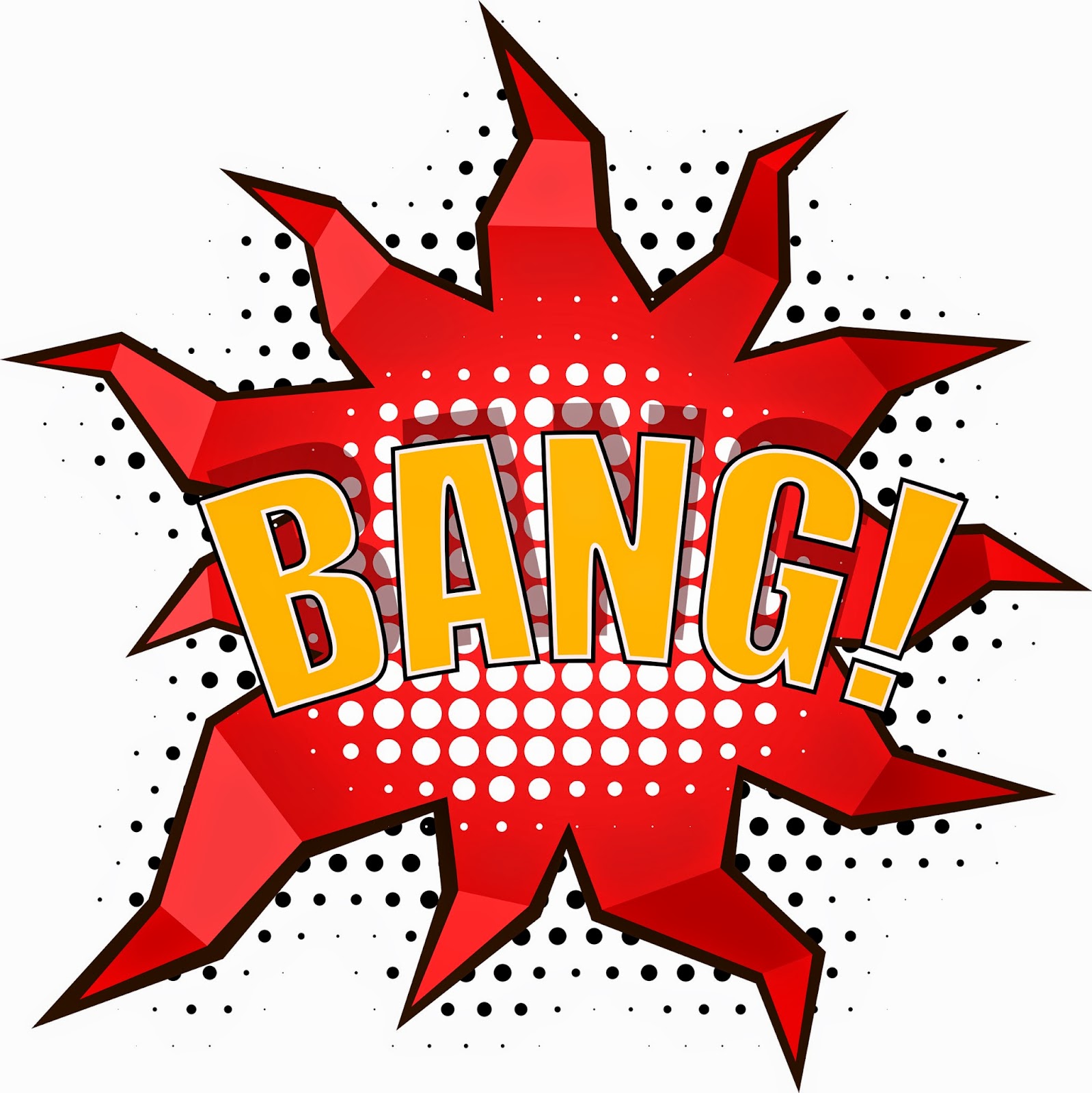 It looks like 2015 will be no different from the past 30 years or so. Shootings happen every day and some get more attention than others. If all of the 80 shooting incidents ( homicides, suicides and accidental discharges) got the attention the mass shootings or other high profile shootings got, I believe we would be doing something differently today. The fact that we have done nothing different since the Brady background check bill was enacted in 1994 and the Assault Weapons Ban was allowed to lapse in 2004 says something very important about us. Or I should say it says something important about the lack of courage of our elected leaders to take on the corporate gun lobby. Remember now that this group of Americans represents a small minority of Americans and a small minority of gun owners and even of the NRA. 75% of NRA members think background checks on all gun sales would be good. 92% of Americans also think so.

But I've said this many times before. So will drawing attention to the folly of our gun laws make our lawmakers sit up and take notice? One could hope. The gun violence prevention movement is stronger than ever going into 2015 and the gun lobby understands this. But isn't it interesting that they cling to their old and tired message that more guns make us safer and the good guys with guns will take care of the bad guys with guns? These are ridiculous statements on the face of it. Challenging them is the most important message for gun safety reform groups. The latest shooting death of a young mother in an Idaho Walmart by her 2 year old son after he found her concealed gun in her purse has legs. It's being written and talked about everywhere. The NRA and/or corporate gun lobby is making excuses again after the tragic shooting of a mother by her 2 year old child:

“As the leading firearm safety organization in the world we are heartbroken when tragic accidents occur,” Jennifer Baker, the NRA’s director of public affairs, told the Guardian. “No other organization does more to teach safe and responsible use of firearms than the NRA.

“The NRA teaches people how to prevent tragic accidents from happening and has been successful in saving lives, while, the anti-gun groups like those funded by billionaire [former New York mayor] Michael Bloomberg exploit tragedy to push legislation that infringes on law-abiding citizens’ right to self-protection.”

First of all, "anti-gun groups"? No. Not true. We are anti gun violence. We are not pushing legislation that will infringe on gun rights. That is just nonsense. At some level I believe the NRA even knows this. But they continue their nonsensical statements in the face of tragedies.

I like the statement of the Brady Center better regarding this tragedy:

Many parents bring a gun into the home legally with no intent of doing harm. Many think they’re doing their family a service by offering protection. Yet these guns cause the majority of gun deaths and injuries. Tragedies could be avoided if parents would only take simple steps to ensure that these guns are not accessible to their children. If we don’t start doing something about children’s access to guns, not only are these tragedies likely to continue, so will the hundreds of suicides and unintentional shootings that take place in homes across the country each year.

A gun in the home is a significant risk factor for homicide, suicide, and unintentional shootings, according to the Brady Center’s recent report “The Truth About Kids and Guns,” which shows that one out of three homes with children has guns, many left unlocked or loaded.

Instead of protecting the family, studies show a firearm is much more likely to harm a family member, such as a child or teen, than to help.

This tragedy in Idaho is a reminder to all parents to keep guns locked away securely. It is also a reminder for parents to raise concerns and awareness about the dangers of unsafe access to firearms with friends, family, neighbors, and colleagues. We can all help ensure that children do not come across an unsecured gun by asking, “Is there an unlocked gun where my child plays?” Our collective efforts with parents across the United States can help prevent future tragedies.

Was this mother irresponsible? Maybe not. But guns are dangerous. They are designed to kill others. Well intentioned people may think guns will serve as self defense but guns are rarely used in justifiable self defense. More often they are used to kill a loved one intentionally or accidentally. This article explores the Idaho case. If you make a choice to carry a loaded gun wherever you go, you should expect the possibility that something could happen with that gun.

In Idaho no training courses are required to carry a loaded gun in public.

And the tragedies continue. Here are just a few. As is typical for America, someone decided to use his gun to take care of some sort of slight or express his anger. And a gun does that really well as my family knows. So this one happened, again, in Texas when a young man was so upset about something that he drove 1000 miles from Florida to shoot a few people. What is the matter with us? No one deserves to die like this. But guns make it all so easy.

A small town Georgia police chief shot and critically wounded his wife on New Year's Day. He claims it was an accident but there is an investigation. Police officers take their service guns home. Sometimes this is a very bad idea. This is not the first time a service gun has been used in a shooting in the home of a law enforcement officer.

In Minnesota the new year did start out with a bang when an apparent domestic shooting happened in a suburban town.

Ah yes, and then there are the celebratory gunfire incidents that happen every year on New Year's Eve in spite of the fact that any idiot knows that what goes up must come down. Here's just one in Atlanta where a woman who was in bed was hit by a bullet that went through the roof above and through her ceiling, injuring her. My friend Joe Jaskolka has a press conference every New Year's Eve to remind people that they could end up in his state if people are not more careful with irresponsible celebrating with guns and bullets.

And this is right out of the movies. In Texas again a crime spree left 2 dead in North Carolina and finished in Texas with the shooting injury of 2 law enforcement officers. From the article:

Wilkins said the Campbells were driving a stolen SUV and allegedly broke into the home of Jerome Faulkner, 73, and his wife, Dora, 62, near Oak Hill, North Carolina, about 7 a.m. on Thursday.

The pair set the house on fire, killed the couple and loaded the bodies into the Faulkner’s red pickup before driving off in both vehicles to West Virginia, Wilkins said.

West Virginia State Police said in a statement that two Lewisburg police officers noticed the SUV with stolen North Carolina plates and pulled it over on Interstate 64.

The truck stopped as well and its driver, Edward Campbell, opened fire on the officers with a pistol, striking both, police said. One officer returned fire and wounded Campbell in the leg, the statement said.

Good grief. What is going on?

The problem with the NRA's talking point is that, given reality, they don't work. Not all people go to training to learn to use their guns safely. In fact, many if not most, walk out of the gun store or away from a private seller knowing nothing about guns or gun safety. It is not required. It is suggested by the gun lobby but they really don't want it to happen because if people figure out how dangerous guns actually are to themselves and their families, they may not buy guns and that would mess with the profits of the gun industry. Guns are a great risk to families and those who own them.

As I have said often on this blog, Americans have a pretty cavalier attitudes towards guns. It is this culture that actually causes many of our gun deaths and injuries. The death of the young mother was no exception. An article I found agrees with this assessment.

In 2015 we will continue to shed light on who the NRA represents. This article is a great review about the NRA, who they are and how they are contributing to our national epidemic of gun violence.

The Texas Open Carry movement will surely continue until the gun extremists get their way. But do they go too far? Read this article and decide for yourself.

The corporate gun lobby lost when a new director of the ATF was approved by the Senate in 2013. Todd Jones will change things and already is doing so. An article about new crime gun tracing centers in several places in the country shows that having a director of this important agency is really a good idea. Why in the world would the corporate gun lobby not want law enforcement agencies to know where crime guns originate? Well, what if we found out that the guns were mostly stolen from homes or were purchased from private sellers or came from straw purchasing? Would that lead to common sense laws to stop or prevent these sources of crime guns? And would that be a bad thing? Apparently so for the gun lobby whose main purpose is to sell guns no matter what.

There are several disturbing trends that we have to hope will be outliers. One is that the number of shootings of officers rose 56% in 2014.

The TSA screens people for all kinds of dangerous things before they board planes. But seriously everybody- why in the world does a person try to bring guns, grenades ( yes I said grenades) and ammunition on board planes? I will watch this one to see if anything changes in 2015. I have my doubts.

There are some serious problems to address in our country. But we are seemingly denying that there is a problem or just deciding not to deal with it. It's hard stuff to examine problems like these. But if we are to protect everyone from devastating gun violence, it has to be done. So let's get to work and change the conversation about the role of guns and gun violence in America and common sense solutions.
Posted by japete at 1:38 PM