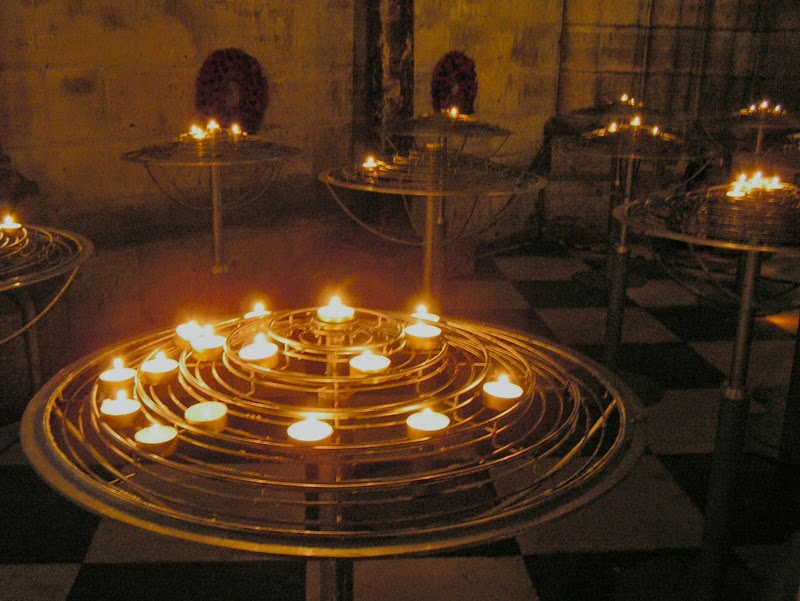 Sunday will be the 2nd anniversary of the shooting of 20 small children and 6 educators. It will also be a reminder to the country that we have done nothing to change the gun culture that grieves after mass shootings like the one at Sandy Hook and then moves on to other things. Meanwhile, families all over America grieve for loved ones lost to gun violence or they wake up in the morning to deal with life long disabilities due to injuries from bullets.

Yesterday I wrote about an inflatable Santa carrying an AR-15 on the roof of a Texas gun shop. The clash of cultures couldn't be more clear. Are we going to save lives and make our communities safer or not? Unfortunately, as a country, we have chosen the latter. That is a national tragedy.

Vigils will be held today through the week-end all over the country. There will be a memorial bell ringing today in my city which involves several community groups and local churches. We plan to engage those in attendance in the start of a community dialogue about gun safety reform and what we can do better or different to make us safer. We can't let lives lost go in vain. We know that the majority of Americans agree with us. So holding vigils is a way to remind America that it's past time for us to do something positive in the names of our loved ones and their families. For common sense tells us that we must finish the job regarding background checks and we must urge those with guns to make sure those who shouldn't have access to them don't get them. We have work to do and it's past time to do that work. Congress and state legislatures have failed us. It's time for serious national attention to be paid to an issue of grave importance. Lives depend on our doing the right thing. P

Below is the video that will be shown at the National Cathedral in Washington D.C. today during the vigil there. The Newtown Action Alliance, States United to Prevent Gun Violence and Faiths United to Prevent Gun Violence have joined to sponsor the vigils. Others will show the video as well. The photos are just a few of way too many. After the vigils, action is required. Let's get to work.