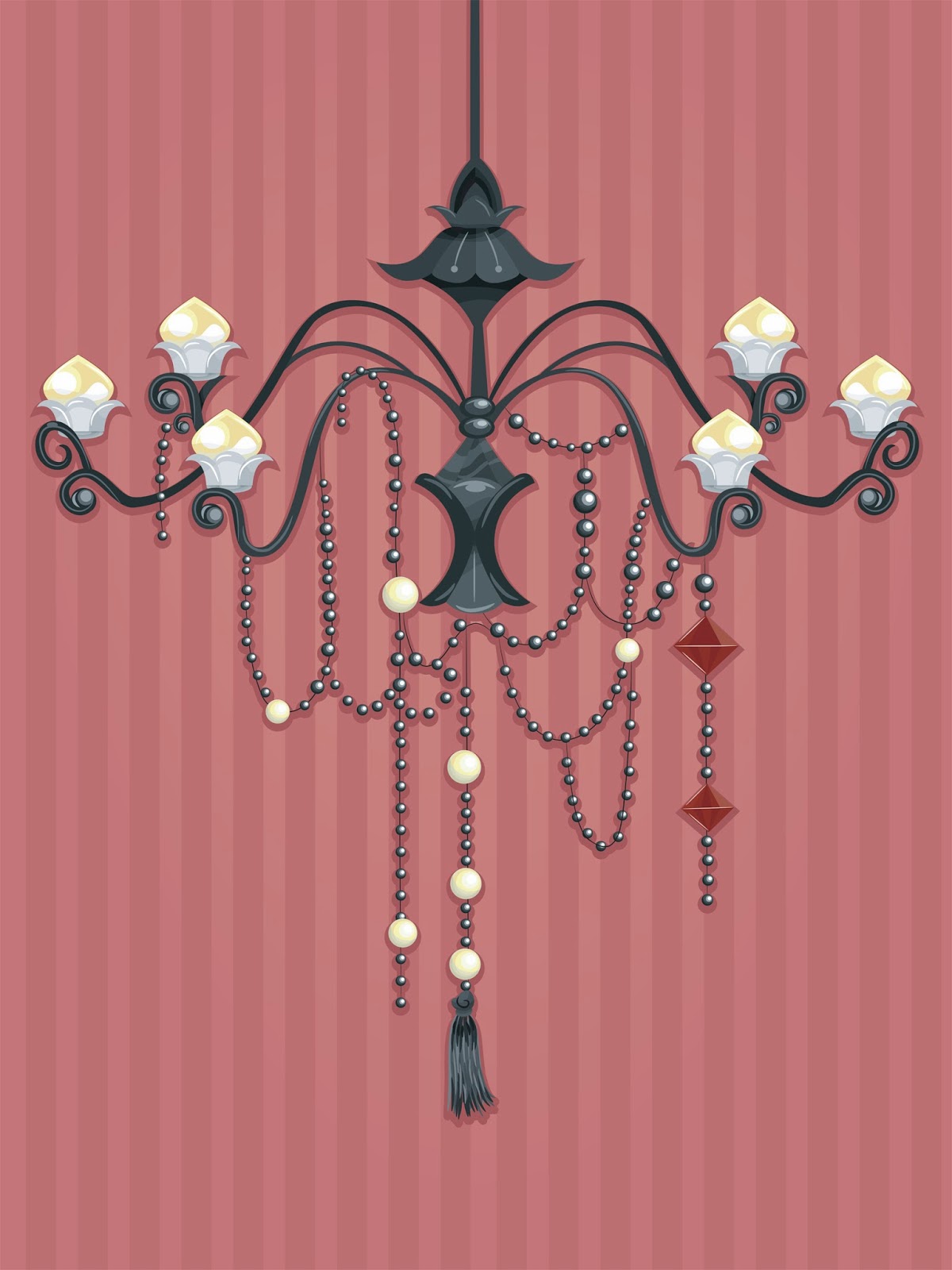 You just can't make this stuff up. An armed woman was shot to death by a guy with a gun in a fight over a chandelier. When a gun is available it may get used against you. This one lends the lie to the gun lobby idea that having a gun for self defense is a good idea because it will save your life. Wrong. Let's take a look at the incident ( occurred on Nov. 28):

"Shutter-type window treatments and a chandelier was at the center of an altercation that claimed the lives of a father and daughter who had bought a foreclosed Rosedale Park home, according to testimony Wednesday during a preliminary examination for the man charged in the shootings.

Alonzo Long Jr., a 22-year-old relative of the current homeowner, was charged Dec. 1 with fatally shooting 72-year-old Howard Franklin and his daughter, Catherine Franklin, 37, during a gun battle outside the home around 7:30 p.m. Nov. 28. (...) Moments after Long entered the home, Williams said he saw the gunfire and then saw Catherine Franklin stumble out of the home holding a gun in her hand and collapsing on the front porch.(...) It is not clear who fired the first shots in the altercation. More details about the incident are expected to come out Jan. 2 when the preliminary examination continues."

A gun battle. We are talking about a gun battle inside of a home. Are we at war or living in the Wild West? We will learn more soon enough. But clearly having a gun in this situation did not protect the woman from being shot. And it's possible that if she pulled out her gun it escalated the situation. The thing is, guns are dangerous weapons designed to kill. They are a risk to their owners and others. Had there been no guns in this case, there would very likely be no dead people. Add these 2 to the stats for gun homicides in 2014.

Some people should not have guns.

Check out just a few:


You may remember my writing about a law languishing in the U.S. Senate sponsored by my own Senator Amy Klobuchar. The law would remove guns from stalkers like this police officer. This was a shooting waiting to happen when the evidence about the officer's behavior is now revealed. He had been on administrative leave, according to the linked article and had had his service weapon taken from him. A big question here is why he remained on the police force at all. It's time for all of us to realize that dangerous and threatening behavior like the officer's in this case are predictors of trouble and at the least, people like this should not have access to deadly weapons. But in America, we make it easy for these people to get guns. Until we do something to finish the job and make sure background checks are completed on all gun sales we can expect to see more of these domestic shootings.

But of course the NRA and others in the corporate gun lobby are fighting bills like background checks for all sales and bills to make sure stalkers and abusers don't have guns because......... because......... because...... Hmmm. Why would we want people like the officer ( above) who shot his ex-girlfriend to have access to guns? Is there any good reason to oppose the bill? But never mind common sense. The corporate gun lobby has none of it. Sales are more important than lives.

Meanwhile, back to looking at how we can prevent some of these avoidable deaths, take a look at this new set of facts about gun violence by Dr. Garen Wintermute of U. of California, Davis. Wintermute's thorough report shows us how gun deaths are creeping back up again after slowly decreasing. Suicide is increasing among some age groups, genders and race. Older white males are killing themselves in pretty high numbers. And as if we haven't been paying attention, young black men have the highest rate of gun homicides. According to Wintermute's charts, overall, middle aged white men have the highest gun death rate. Let's check the possible reason for this. It turns out that white Southern men are most likely to be gun owners of Americans surveyed.

Back to Dr. Wintermute's charts, he shows what many others have shown. States with the weakest gun laws and high gun ownership have the most gun suicides and homicides.

So are there conclusions to be drawn from all of this? I would say yes. First of all, it's clear that in the incidents I wrote about above, having a gun in the home or on one's person resulted in tragedy. Without the gun- no death, period. Too many people with guns snap and in an instant, lives are lost. Too many children have access to loaded guns and in an instant, another child is dead or injured. Too many felons, domestic abusers and dangerously mentally ill people have access to guns and use them in deadly shootings on a regular basis in America.

Looking at the facts from what Dr. Wintermute pulled together from actual gun deaths, it turns out that more guns have not made us safer. Indeed, the opposite is true. Those with more guns have a higher chance of being killed by that gun in a gun homicide, suicide or "accident." In other words, guns are contributing to an American public health epidemic which is going to eclipse auto accidents soon for the number of violent deaths of Americans. Deaths from car accidents are going down- most likely due to increased awareness, education about drunk driving, stricter penalties for drunk driving, increased safety features on cars and generally more safety awareness. That is what is needed for the gun violence epidemic. And it can be done if the corporate gun lobby gets out of the way and lets common sense take over. This is a no-brainer. More guns=more gun deaths. Stricter gun laws=fewer gun deaths. More pubic awareness about safe gun ownership can lead to saving lives. Changing the culture of guns is key to saving lives. Gun owners need to be safe and more responsible with their guns. And don't bring guns to an argument about chandeliers.

Let's get to work.

As always, it doesn't take long to find one more example of irresponsible and negligent gun owners allowing access to their guns to small children. This South Carolina mother made a very tragic mistake. She wrongly determined that her 3 year old could not reach the loaded gun she had placed in a dresser drawer. Let's take a look:

A 3-year-old South Carolina boy accidentally shot and killed himself after climbing a stack of Christmas presents to reach his late father’s handgun.

The child’s mother told investigators she placed the 9-mm handgun, which she believed was unloaded, under some clothes in a dresser drawer in their Simpsonville home.

But authorities said her son, identified as Michael Kyron Boyles, somehow spotted the weapon and managed to gain access to the gun, which he accidentally fired and shot himself in the head.

Totally avoidable and senseless. Parents need to assume that their children WILL find their guns and take measures to store them safely away, unloaded, from small hands. And don't ever assume there is not a bullet in the chamber.
Posted by japete at 7:34 AM