End of the year gun stuff wrap up 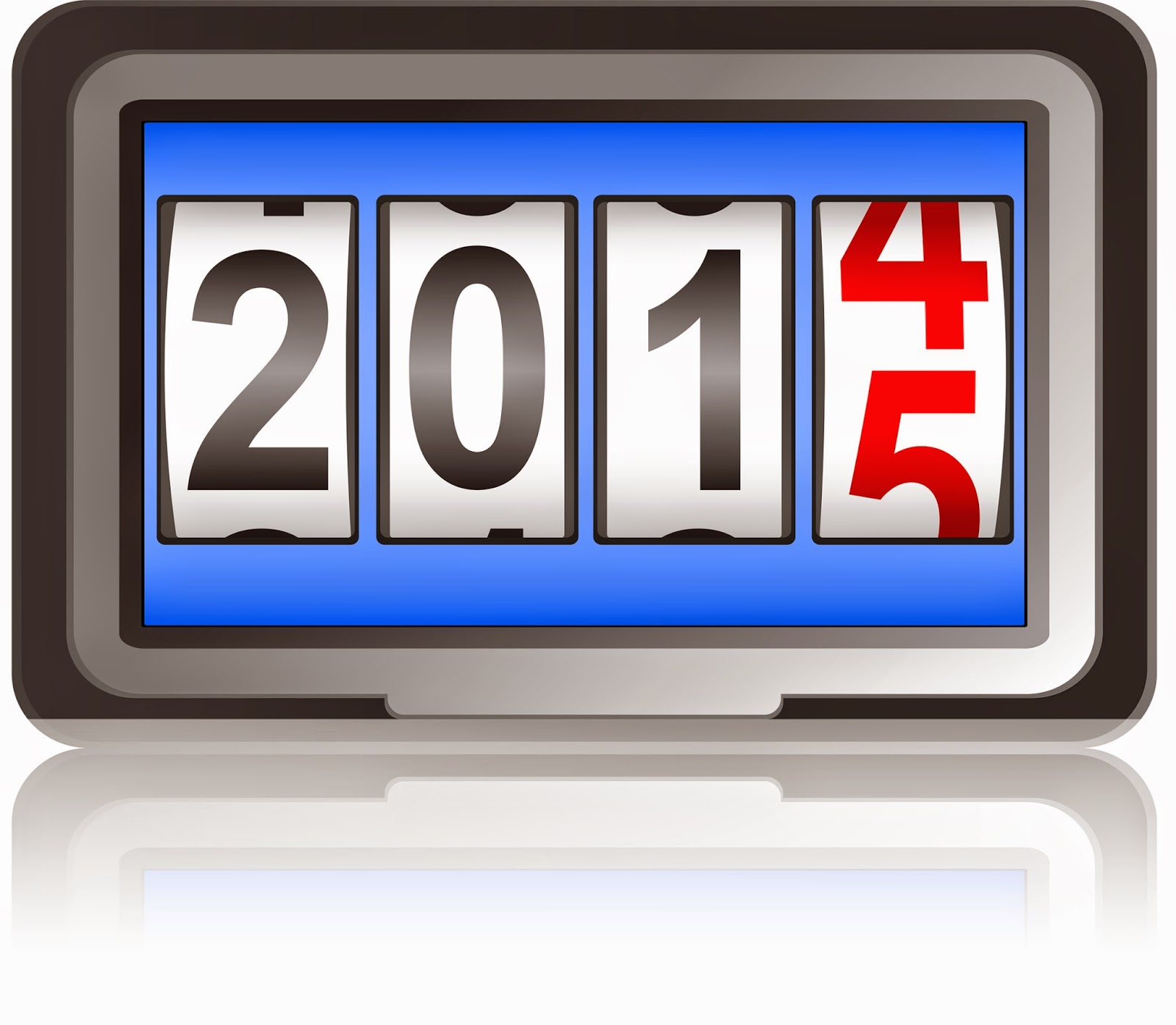 I don't usually update my blog posts at the top of the post. But the following story needs to be talked about and written about so all Americans can see it and think about it. This "accidental" shooting just may be the story of the year that will change the conversation about gun carrying in public. A young mother of 4 went shopping at a Walmart in Idaho with her loaded gun in her purse. According to this Ohh Shoot blog post, her 2 year old found the gun, pulled the trigger and now she is dead. Rarely have I seen so many posts and tweets about a story involving guns. Here are just a few:

New York Times-This one quotes residents trying to justify the carrying of guns for "self defense" There is no justification for this.

There are few words for this one. Now- on to the rest of this post as originally written.

This one is the definition of insanity. And this is what we got when our elected leaders passed gun permit to carry laws. We are now feeling the real affects of laws that should not have passed in the first place. The gun rights advocates chided us for saying there would be blood running in our streets. We were right. There is. These are avoidable, senseless and tragic shootings that wouldn't have happened 10 years ago or so when in most states ordinary citizens were not allowed to carry loaded guns around with them wherever they went. It's time for a change in our gun culture. If these keep happening the corporate gun lobby is going to have a terrible time defending their stupid idea that more guns are making us safer.


The year is not quite over yet. But we can safely say that there were, again, more than 30,000 victims of gunshot injuries and another 70,000 or so injured by guns. This is about 80 Americans a day dying by gun- 8 children a day are part of that group.  In most regards things have not changed regarding the American gun culture. But there is a glimmer of hope that the public and the media are seeing the "chickens come home to roost". When gun laws have been weakened, when elected leaders fail to act, when a cavalier attitude about guns and the gun culture prevail with more guns carried by more people in public places, something is bound to happen. And happen it did in 2014. There were more mass shootings, more school shootings, more domestic shootings, more "accidental" shootings, more shootings of police officers, more shootings by police officers, more attempts to use Stand Your Ground laws to justify murder, more law suits filed, more money spent by gun safety reform groups, more activism on both sides, more laws passed on the side of gun safety and on the side of weakening gun laws.

But we are now about to turn the page on the calendar to 2015.

Let's start with background checks. Washington state passed a voter initiative requiring background checks on all gun sales. We can expect to see more activity along this line in 2015 and beyond.We already have enough proof that background checks on all gun sales can save lives. But the recent shooting of 2 New York police officers just makes it all so obvious. Except, of course, to the corporate gun lobby whose main goal is to sell as many guns as possible and resist common sense measures to stop gun sales to those who shouldn't have them. This article, tracing the gun used in the shooting of the NYC officers is very important:

The silver Taurus semiautomatic handgun used to kill two police officers in New York City began its journey into the hands of the gunman, Ismaaiyl Brinsley, a felon with a history of mental illness, at a pawnshop here bristling with guns for sale.

It was at Arrowhead Pawn Shop, a sprawling store tucked into a shopping center along a busy commercial corridor in this city of 4,700 people just south of Atlanta, that the gun was last purchased in a legally traceable transaction in 1996, according to a police official who spoke on the condition of anonymity because of the continuing investigation.

A man officials described only as Asian purchased the gun, but that buyer told investigators this week that he gave the weapon to a cousin. Federal investigators are now trying to determine what happened to the gun after that.

Would this guy have passed a background check? Likely. So now what? What do we do about the insurrectionist extremists living amongst us full of hatred, anger and intentions to shoot people they don't like with their arsenals of guns and ammunition? These are the folks who are buying guns in great numbers and stock piling in case..... in case..... well in case of the guvment coming for their guns I guess. From the article:

Police in Clarkstown, New York have confiscated a cache of high-powered weapons and body armor from a man who was arrested for posting death threats against against many Democratic politicians and every liberal supporter of President Barack Obama.

According to WCBS, 49-year-old Larry Mulqueen was arraigned on Thursday on charges of “making terroristic threats, illegally possessing weapons and harassment.”

The Facebook posting said that all of the president’s follower were “traitor scum” and promised “death to them all.”

Speaking of nice "law abiding" gun owners, what would possess a Tennessee woman to drive around in body armor shooting at innocent people? This just doesn't happen with a knife or a hammer and it doesn't happen in other countries not at war. It's the guns, stupid.

I can't keep writing without mentioning that even background checks on all gun sales will not stop all shootings because a good many of them are caused by law abiding gun owners who suffer from a moment of anger, or are under the influence of alcohol or are in a domestic dispute. Another good number come from totally avoidable "accidental" shootings. But that has been covered ad nauseum on my blog. An article in the Washington Post finds that dangerously mentally ill people are not more common in the U.S. than other countries and do not account for most of our gun deaths. In fact, they account for a small percentage of total gun deaths. The difference between us and other countries is the number of guns in the U.S.

To make my point, I refer to this article about a domestic incident in Arizona ending in a police officer shot and a man involved in a domestic dispute dead of apparent self-inflicted gunshot injuries. This really isn't happening in other countries. But it happens here on a regular basis. Was the victim in this incident mentally ill? No. He was an angry man with a gun and now another police officer is dead. This was the 2nd officer shooting in the Flagstaff area in 2014.

To make another point, sometimes families settle simple disputes with guns. When a gun is available it turns everything tragic. In Texas ( again-why is it often Texas?) a teen-ager was upset about his Christmas present and got into with his Dad. The other son got out the rifle from the truck and shot his Dad in the face:

Gun locks are not often used. Some say they are inconvenient. I suppose getting shot in the face by your son could be called inconvenient and living with all of this for the young boy and his family will also be inconvenient for a life time. Guns are dangerous. Why be cavalier about them and how to keep them away from those who shouldn't be able to access them?

As long as so many people have guns available to them and carry them around legally or illegally people will be shot on our streets like this Texas Dad was while trying to teach his 5 year old to ride a bike. Senseless murder. Texas has loose gun laws and they are about to become looser. Bad idea. Texas also has a gun death rate of 10 per 100,000. Texas received an "F" rating from the Law Center to Prevent Gun Violence. Will loosening gun laws there make for fewer gun deaths? Watch this page.

Instead of helping to do something about all of this, the gun lobby and their minions work against measures to stop the national discussion that has to happen if we are to be a safer country. The gun lobby opposes common sense and then gloats about it as if it is a victory to be in favor of allowing felons and other dangerous people to buy guns. While they are gloating, the American public is moving on and supporting reasonable measures to keep their families and communities safe from preventable gun violence.

And then, of course there's the fact that the NRA has lost a lot of respect and support over the past few years, especially since the Sandy Hook shooting. This article is an end of the year summary about the NRA's dismal attempts to force us all into thinking guns are good (and safe) everywhere we go:


The NRA is losing because it's forced to defend—lest it offend its most hardcore activists—gun extremists who openly carry assault weapons into shops and restaurants as a form of political protest. The gun industry, and the NRA  by proxy, is losing as mainstream America begins to recognize the gun industry's trade group is less focused on hunting and sporting and more devoted to backing the NRA's extreme no-compromise agenda. The NRA is losing because commentary offered by two new projects that hope to reach out to minorities, women and young people is so bizarre it limits rather than expands the gun group's brand. And the NRA is losing because its most recognizable celebrity backer, board member Ted Nugent, has become a political liability, even for conservative Republicans.

The Brady Campaign has a list of victories in 2014, many of them in court cases defending strong gun laws. This will continue into 2015. Judges and juries often understand what doing the right thing is better than our elected leaders.

Will we learn from our mistakes and do something better and different in 2015? I think we will. Will gun deaths and injuries decrease in 2015? Doubtful. Will the gun safety reform groups continue their efforts to prevent senseless and avoidable gun deaths? Most certainly. Will Ted Nugent still be on the Board of the NRA? Most likely. Will Wayne LaPierre make more ridiculous statements about how good people with guns can stop bad people with guns? Absolutely. Will the gun extremists still strut around with their guns openly carried in public places to inoculate us gun grabbers from fearing loaded guns in public places? Yes. Will the "jack booted government thugs" come for all of those guns? Nada.

Guns and board games

Can guns go off without someone pulling the trigger?

One million reasons to change the gun culture

Go figure. I never know what will appeal and some of these posts are quite old.

And thanks also to the folks at all of the organizations working to prevent gun violence and end the devastation to our families all over America. I look forward to 2015 and the good work ahead. Together we are stronger than ever.