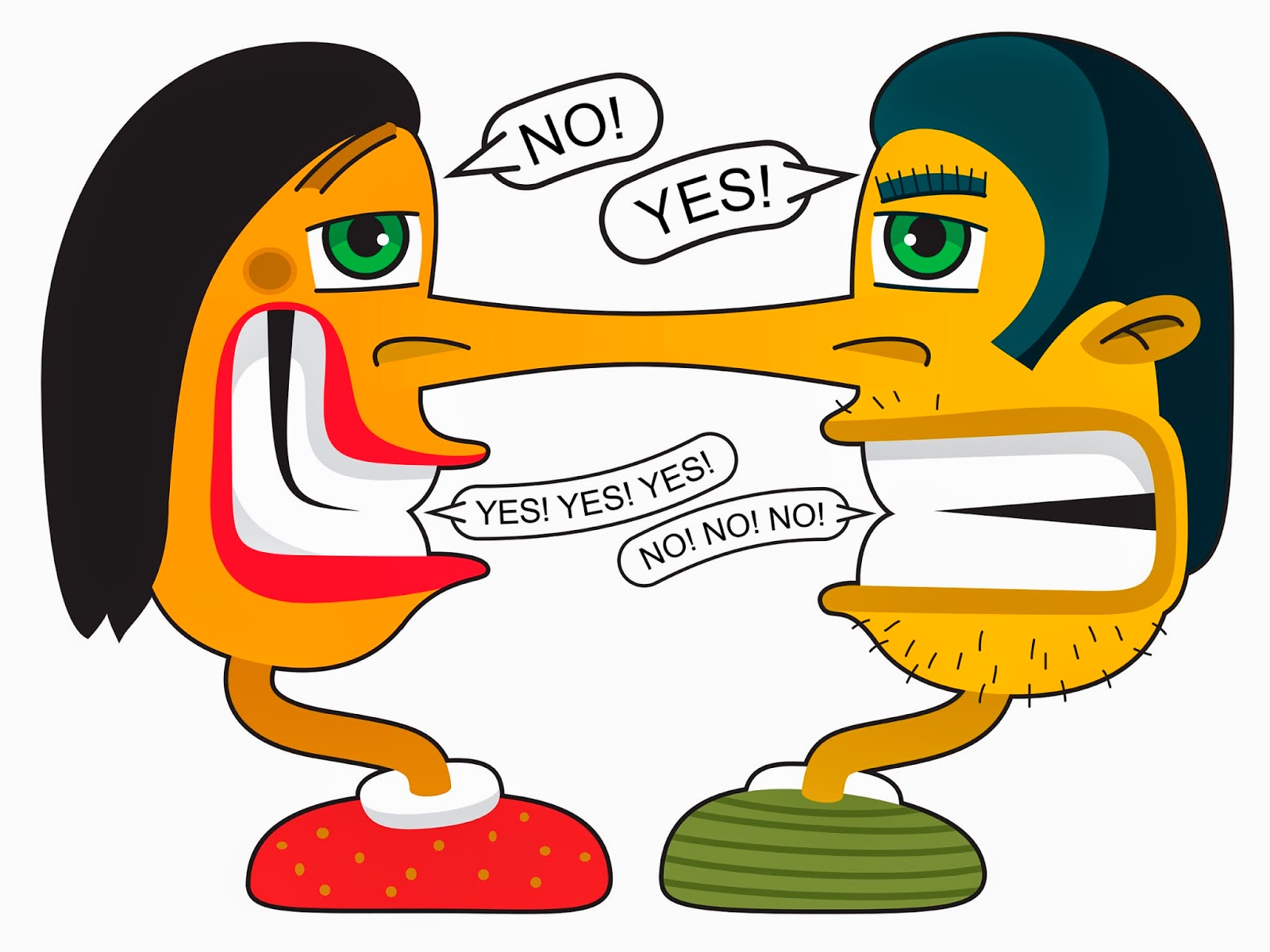 Since my family has suffered from the loss of a loved one ( my sister) in a domestic shooting, this issue is always at the top of my list of concerns. No one would have thought this awful kind of shooting could happen in my family. That is what is often said. But underneath that statement lies a reality. No family expects that anything this awful could happen to them but happen it does. Many of these deaths are preventable with common sense gun safety reform and common sense when it comes to guns in general.

Friends of the shooter in this latest reported incident about a mass shooting at a South Dakota home were shocked and surprised. The article ends with this quote:


"We're all kind of devastated right now," he said. "Families are all shook up. Usually something like this happens in the big city, not here."

The problem with the statement is that it's wrong. Domestic shootings happen virtually everywhere. There is no discrimination as to age, race, geography, or economic standing. 4 people are dead and one left injured after the incident above. And people almost always express shock and surprise. Why is that? People we know and love are not supposed to do something like this. The affect of gun violence is a like a whirlpool. It keeps turning and moving outward and affects many in it's circle of grief. This entire community has been shaken by the deaths of so many people they knew and loved.

The shooter was described as someone that couldn't possibly have done this. But when a gun is available, people who might not be thought to be violent can become so in an instant. In that instant, lives are taken and all has changed. That is why it is so important to educate people about the risks of guns in homes.

A felon and domestic abuser was responsible for the tragic and preventable death of a young boy who was killed when a gun fired in the next door hotel room and a bullet went through the wall. Domestic abusers should not guns. Where do they get them? Easy. Private sellers on the Internet or gun shows provide ample opportunity. But in this case, a woman who was with the man let him use her gun. Or did she buy it for him as a straw purchase? More will undoubtedly come with this story as well. What was she thinking? Did she know anything about this guy? From the link above, we learn that the man was a pretty unsavory character who clearly should not be around guns at all. Where is common sense? This shooting was not the result of a domestic dispute. But a domestic abuser who should not have had a gun in the first place killed an innocent child while being totally irresponsible with that gun he should not have had in the first place.

I write often enough on this blog about domestic shootings. They happen frequently. In some states, like my own state of Minnesota, guns can now be removed from domestic abusers with restraining orders or orders for protection against them. This makes sense. But we can do better than this. As long as we have not passed a law to expand gun checks to private sales through the Internet or at gun shows, we are leaving a hole in the law ( state and national) that allows for prohibited purchasers and owners to gain access to guns. After the mid term elections, Washington state became the 7th state in the nation to pass a background check law like this. There is no valid reason for the U.S. not to have a law that can save the lives of Americans. But the corporate gun lobby has decided to oppose laws in states or at the federal level that will stop felons, domestic abusers, dangerously mentally ill people and other prohibited people from getting guns.

Speaking of Minnesota, in 2013 the number of deaths doubled from 2012. Of the 37 domestic deaths, 17 were from firearm injuries. We should all hope that the numbers don't continue on this trajectory but it appears that gun deaths overall are rising and will soon surpass auto accidents as a cause of death. That said, it is incumbent upon all of us to do whatever it takes to stop this from happening.

Domestic shootings are usually the result of relationship arguments gone wrong. As it happens, most of the victims are women. Women are more likely to die if there is a gun in the home. This article contains important facts that should be known about domestic violence in America. Just a few things from the article:

These are stunning statistics. So why are we not trying to do more to prevent at least some of the deaths due to domestic disputes? We could. There is a bill languishing in the U.S. Senate sponsored by Minnesota Senator Amy Klobuchar to make sure that stalkers and domestic partners don't have guns. I know it's difficult to believe but the NRA is opposed to this bill. Why? Let's see:

Aides from two different senators' offices confirm that the NRA sent a letter to lawmakers describing Klobuchar's legislation as "a bill to turn disputes between family members and social acquaintances into lifetime firearm prohibitions." The nation's largest gun lobby wrote that it "strongly opposes" the bill because the measure "manipulates emotionally compelling issues such as 'domestic violence' and 'stalking' simply to cast as wide a net as possible for federal firearm prohibitions."

The NRA's letter imagines a "single shoving match" between two gay men as an example of how the domestic violence legislation could be misused. "Under S. 1290, for example, two men of equal size, strength, and economic status joined by a civil union or merely engaged (or formerly engaged) in an intimate 'social relationship,' could be subject to this prohibition for conviction of simple 'assault' arising from a single shoving match," the letter says.

The NRA also argues in the letter that "stalking" is too broad of a term to indicate any danger to women. "'Stalking' offenses do not necessarily include violent or even threatening behavior," the letter claims. "Under federal law, for example, stalking includes 'a course of conduct' that never involves any personal contact whatsoever, occurs wholly through the mail, online media, or telephone service, is undertaken with the intent to 'harass' and would be reasonably expected to cause (even if it doesn't succeed in causing) 'substantial emotional distress' to another person."

Apparently what the NRA does not recognize is that too many women die every day from domestic shootings. This is about prevention and saving lives. And more from the linked article:


Domestic abusers who have access to guns are over seven times more likely to kill their partners than those who don't have such access. A report released by the Center for American Progress last week shows that stalkers and physically abusive dating partners can be just as deadly as a violent spouse. One study of female murder victims in 10 cities found that three-quarters of the women killed, and 85 percent of women who survived a murder attempt by a current or former intimate partner, had been stalked in the previous year. And almost half of all intimate-partner homicides are committed by a non-married, non-cohabitating dating partner who was not covered by federal gun restrictions.

And, back to Minnesota, a 9 year old girl was shot and killed by her father in what appears to be a domestic related shooting. From the article:

Police in Rochester say a father killed his 9-year-old daughter and then himself during his visitation with the girl at his brother's house.

Lt. Casey Moilanen said Monday the two were found dead in the basement of the home when the girl's mother came to pick up her daughter Sunday afternoon. Moilanen says the brother of the 49-year-old man and the brother's wife and three children were upstairs at the time of the shooting, heard loud noises, but not gunshots.

There was apparently a divorce involved since the girl was visiting her father at his brother's home. Here's a question. How do people not realize that there are gunshots in their home and check to see what happened or call 911? I'm just asking. This, to me, is a disturbing side story of this incident. And if they heard loud noises, they didn't check on what they were? People need to be more pro-active about safety. There will be more about this in the coming days and weeks.

As it turns out, over half of our nation's mass shootings are the result of a domestic dispute gone wrong. Radcliff Haughton, the shooter at the Milwaukee area spa mass shooting, had a history of domestic abuse. He got his gun from Armlist.com, an on-line gun retail site, with no background check which would have revealed that he was a prohibited gun purchaser. And then he went after his estranged wife and shot a bunch of other people at the same time. When he was finished with his rampage, he had killed himself, his wife and 2 others.

So what to do about this national public health and safety problem? One obvious answer is make sure that our system for purchasing guns prohibits abusers who have had violent behavior towards their partners/spouses don't have access to guns. This can be done through the FBI's gun check system. It is also a matter of public education and awareness. Many people don't think that someone they know or love could possibly shoot another person. The truth is otherwise.  Guns are dangerous and a risk to those who own them and those who live in the home or are in the same place as someone with a gun. Accidental discharges and suicides are happening way too often with guns accessed in homes. But homicides are more likely to happen in homes with guns. And when there are vulnerable, unstable, angry or depressed people living with loaded guns, the chances increase of gun death or injury.

Because the corporate gun lobby has been so good at diffusing the danger of guns in homes and public places and have deceived elected leaders into thinking that their second amendment rights trump the rights of the rest of us to be safe from gun violence, we are a country with continuing carnage. This is not the America we want or deserve. It's time for that to change. Let's get to work to make us all safer from the often avoidable tragedy of gun deaths and injuries.
Posted by japete at 10:52 AM