While I was away; "reflections" of different cultures 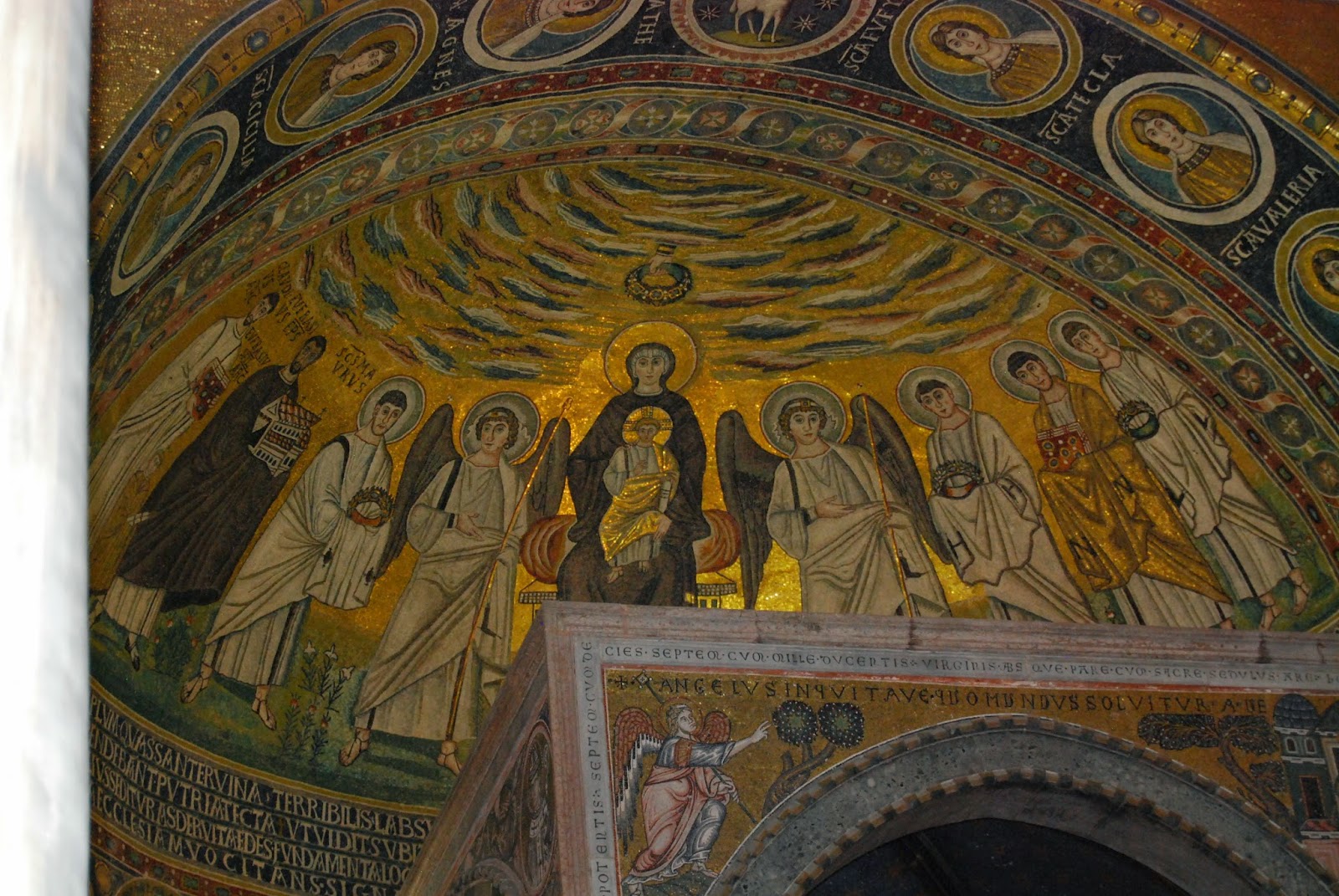 I have just returned from a wonderful 2 week trip to Venice, Slovenia and Croatia. The experience was so rich in sounds, colors, sights, smells, feelings and surprises that words can hardly describe the trip. I found each country to be unique and peaceful in its' own way. The natural beauty of Slovenia blew us away. It is a country of forests and mountains but also the very lovely Ljubljana, which some call little Vienna. It was my favorite place actually. Venice was more exciting and spread out and Croatia offered us some ancient Roman ruins along with the blue/green clear waters of the Adriatic Sea where we swam and just enjoyed the sun. Never once did we feel unsafe. Only one time did a tour guide remind us that there were "gypsies" hanging out in some of the tourist sites so we should take care
with our purses and belongings. 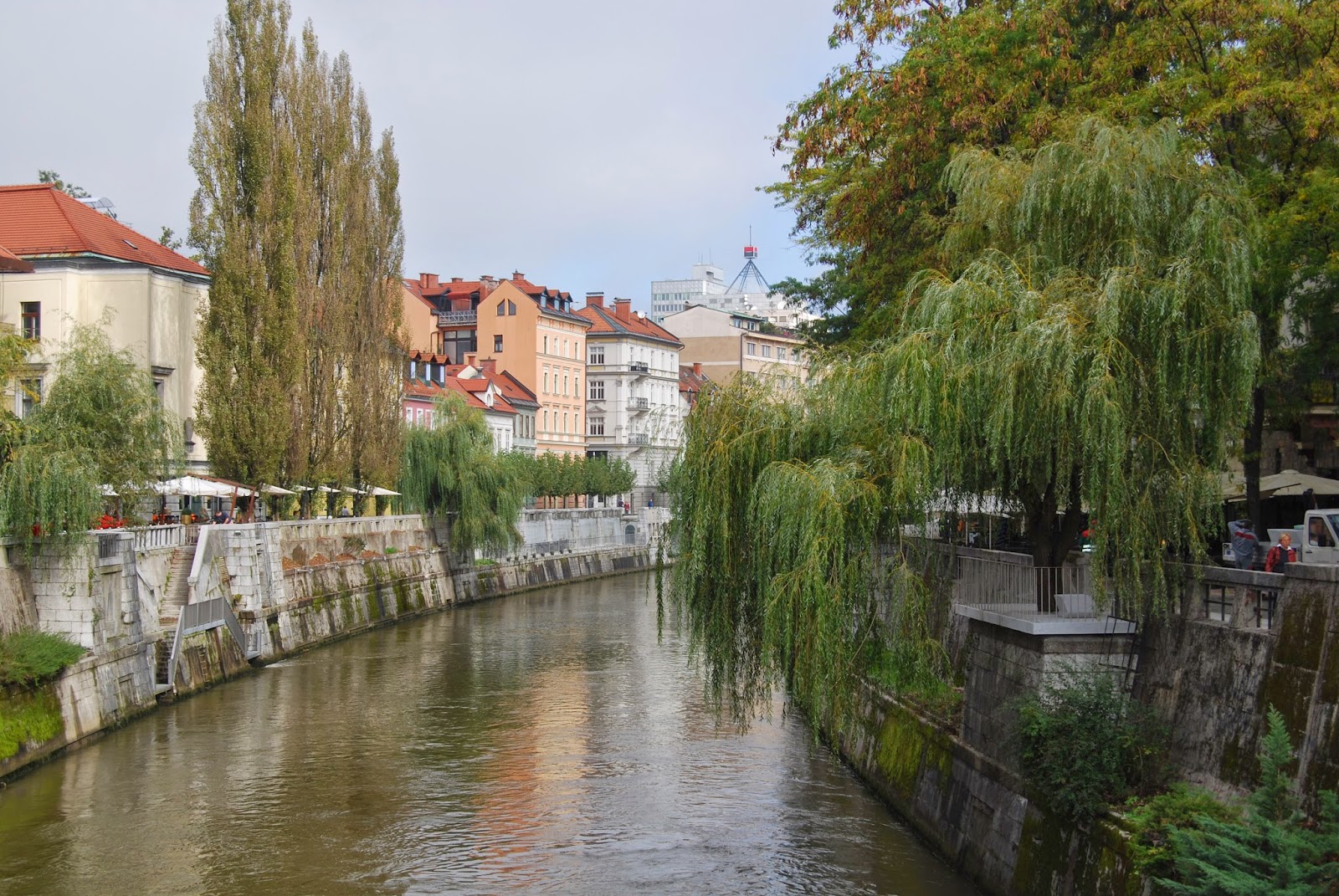 We visited ancient churches filled with stunningly beautiful mosaics on the walls, floors and ceilings that made us understand how "young" our country is by comparison. These well preserved churches and ancient public buildings are visited by many but also secrets that we had read about but not well known about in our own country. The food and area wines were a surprise to us as well. Of course, seafood is prominently featured on most menus as are local dishes, such as horse meat. Yes, we actually tried some though the idea was not embraced by some in our group. We enjoyed lunch at a restaurant/inn at a vineyard where the grapes were getting ready for a harvest to make the wonderful wines of the region.

We also learned that, aside from strong gun laws as I wrote about in my previous posts, other laws are stronger than ours. In Croatia, for example, the age of getting a driver's license is 18. Until the age of 24, young adults and teens cannot drive the small sports cars. It's not allowed. Initially the driver's license fee is 1000 Euros. That is a steep price for a license. There is little tolerance for drunk driving. I must admit, though, that the driving in Italy was crazy and the driver for our group was a typical Italian "hot head" when it came to the driving. 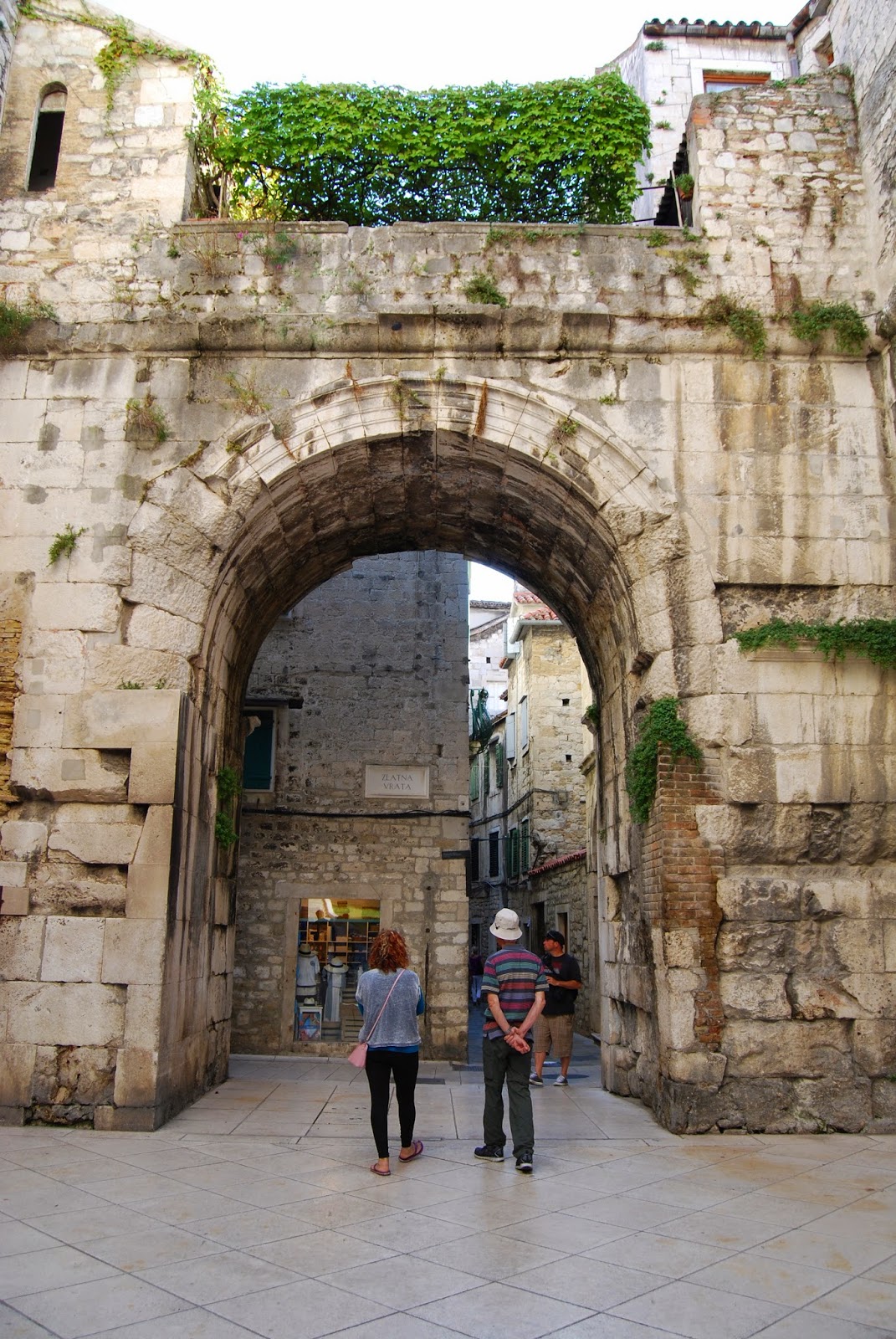 The ancient Romans were pretty violent of course. In particular, Diocletian was a brutal Emperor as he persecuted Christians in large numbers. We learned a lot about him and the time of his power as we toured the Diocletian palace in Split, pictured on the left. The city of Split has used the palace for their modern day culture, where hotels, restaurants, shops and private residents live amongst and in the walls. Fascinating place to say the least. Some parts of the series, Game of Thrones, has been filmed in the subterranean floor of the palace. We also toured the now modern town of Pula in Croatia where a large Roman amphitheater reminds us of the brutality towards Christians in ancient Roman times. This amphitheater is in very good condition and one of the largest still standing. It is pictured below. 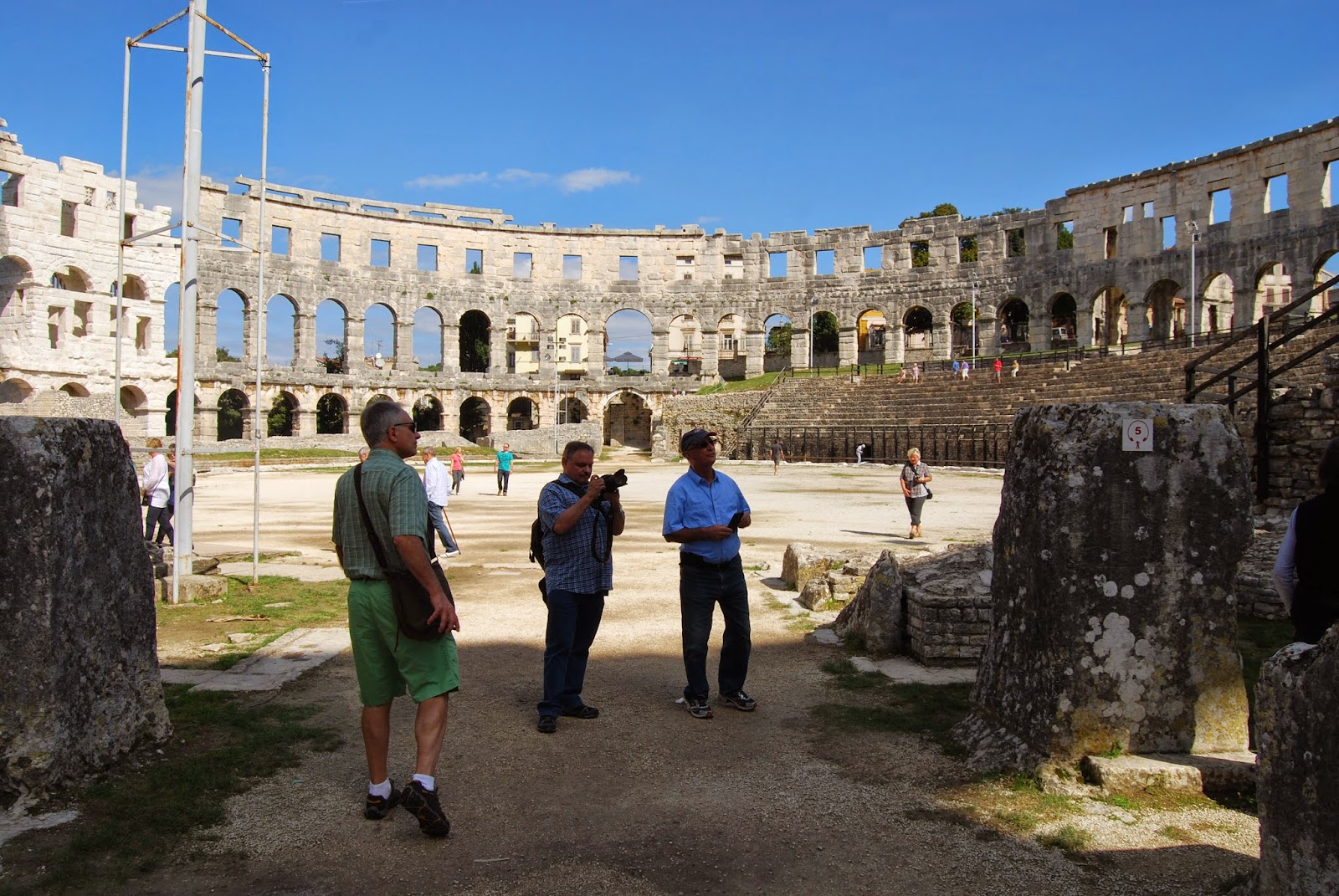 Also in more modern times, Tito was an interesting ruler. We were told by our tour guides and others that his brand of Communism was more reasonable than some and referred to as Socialism rather than Communism. He allowed more freedoms for the citizens of then Yugoslavia than the bordering Communist bloc countries and had a foot in both the western and eastern worlds. On the other hand, he was brutal towards those who disagreed with him and killed many.

In general the Balkan countries have suffered may atrocities and genocides, most recently in the 1990s when the fighting in Serbia, Bosnia and other areas of the former Yugoslavia erupted and led to the break-up of the country into the now 7 separate states. The areas we visited were not much affected by the fighting but we did see some bombed areas in Split. We also saw a memorial to those who fought and died from Croatia in the war of the 1990s on the island of Trogir- a lovely example of an area inhabited continuously since the 3rd century BC. It's modern town encompasses many churches from the 7th century to more "modern" times. 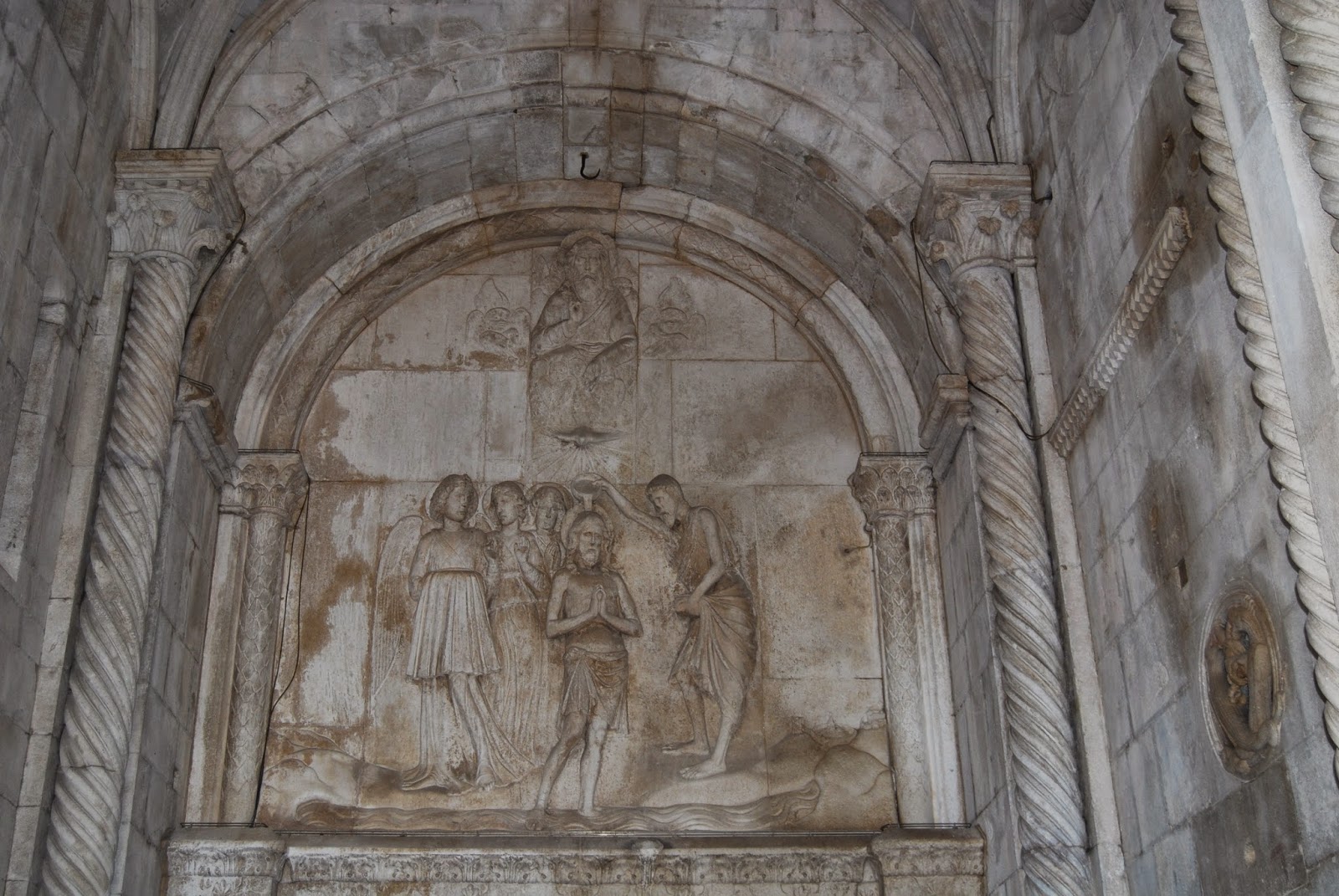 What we found was a beautiful area filled with ancient ruins but also modern countries which respect their ancient history while embracing modern culture and ideas. I recommend a visit to this area of the world for the beauty, the culture, the food, the history and the wonderful friendly people.

While I was away, this is what happened:

Two school shootings in Kentucky and North Carolina resulted in several injured but hardly a mention in the news. Is this the kind of world we want for our children?

Another toddler shot himself with a gun laying around in his Delaware home. This is happening far too frequently in America but hardly ever in other democratized countries in the world. It represents our casual attitudes towards guns and our gun culture which promotes guns everywhere without the discussion of the risks of loaded unsecured guns in homes.

A DC area teen shot and killed his best friend accidentally while playing with a gun. Teens should not be playing with guns. They are not toys but rather lethal weapons designed to kill another human being. These are preventable, avoidable "accidents" that don't happen in other democratized countries.

A gun was discharged in a North Carolina gun store by a "responsible" "good guy" with a gun. One man was injured in that avoidable, senseless "accidental" shooting. These kinds of incidents don't happen in other democratized countries.

And there was another road rage shooting. An Arizona man shot and killed another man during an altercation that shouldn't have ended in death. But when guns are promoted everywhere this is what happens. It doesn't happen in other democratized countries.

On the other hand, some good things are happening regarding stronger measures to keep guns away from those who should not have them. Cabelas has tightened up policies on straw purchasing. Straw purchasing can lead to guns entering the illegal market and to people who can't buy guns legally getting them anyway. It's a bad idea. The Brady Campaign has a new campaign to hold "bad apple" gun dealers responsible for selling guns to prohibited purchasers. This is one way to strengthen our system and potentially save lives. It just makes common sense. The laws are already "on the books" but straw purchases happen anyway.

And finally, something very good happened in California. After a new bill became law, family members and friends can ask for a temporary removal of a gun from a relative considered to be dangerous. It's called a gun violence restraining order. In America far too many people with mental illness or temporary problems in their lives, manage to use guns to commit mass shootings and "every day" shootings. This bill was in response to the Isla Vista shooting last May where a young mentally ill man went on a shooting spree even after his parents had alerted law enforcement. Law enforcement was unable to remove the guns from this man because there was no law allowing for even the temporary removal of guns. Thanks to this new law, lives can be saved.

Life goes on in America where our gun culture contributes to the risks that come with owning lethal weapons. No other country has a second amendment that is used against any reasonable measures to keep communities safe from devastating gun violence. With rights come responsibilities. The two are not mutually exclusive. We can prevent gun deaths and injuries without taking away the rights of those who believe they need guns for self defense, recreation and/or hunting. And since the majority of even gun owners agree with reasonable measures like the one passed in California, or requiring background checks on all gun sales, we do have to wonder what has gone wrong. The answer lies in the corporate gun lobby's influence on our elected leaders. It's time now for the majority to influence our leaders to stand up and do the right thing in the name of public safety. It doesn't have to be the way it is and it isn't this way in other democratized countries where people are simply not dying from gun injuries in the large numbers we see in America. The cultures of the countries we visited were rich with history and also of ancient wars and brutality. But the modern day world of this area is, for the most part, peaceful and very beautiful. The waters of the Adriatic inform the lives of most of these people and provide them with jobs and tourist attractions. Tourists need to feel safe from violence if they are to continue coming to this area. 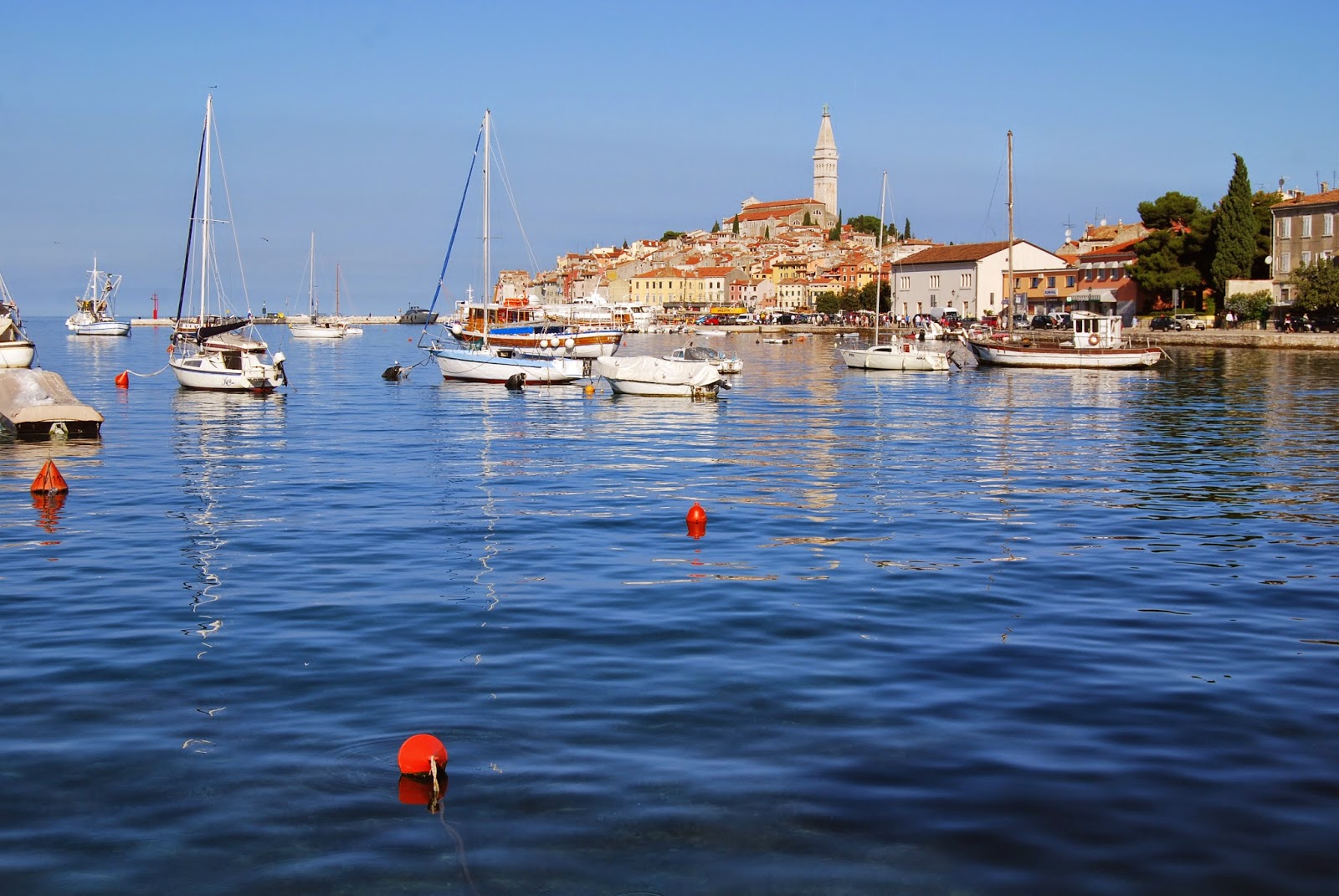 In America, our reputation for gun violence can be of concern for some foreign tourists who have images of mass shootings, domestic shootings, and school shootings not seen in their own countries. We can change that if we come together to make the changes we all deserve. If we all decide to row together for the common good, I believe we can achieve a country where children and families are safe from gun violence. For I know that we are better than what we now have here. 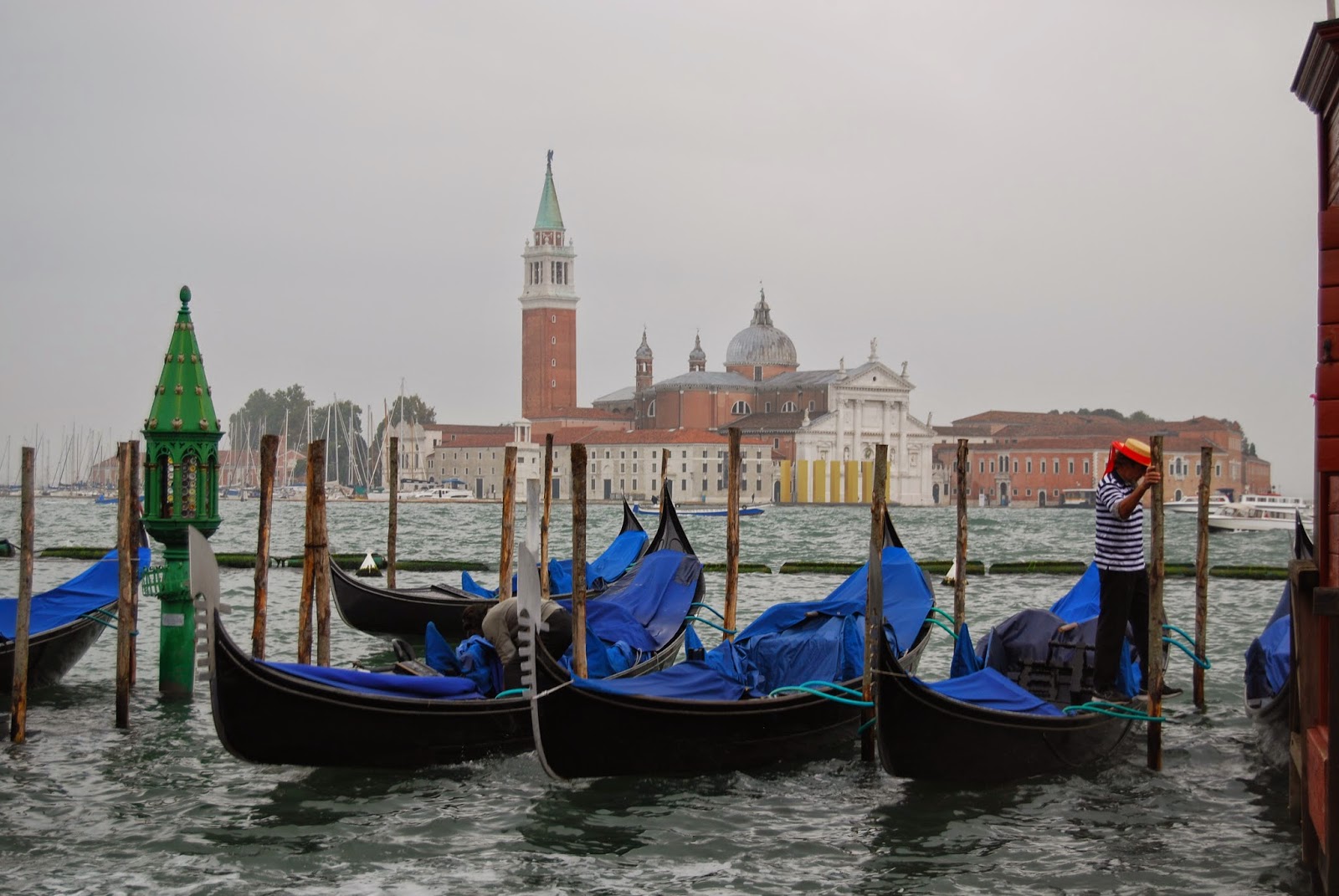 Sometimes people shoot themselves accidentally. Check out this Wilmington, North Carolina man claiming at first that someone else had shot him. Why? It must be pretty embarrassing to have that gun at the ready for whatever reason and then shoot yourself instead of someone trying to attack you. And the ultimate problem for this guy is that the gun was stolen. Yes, that happens.