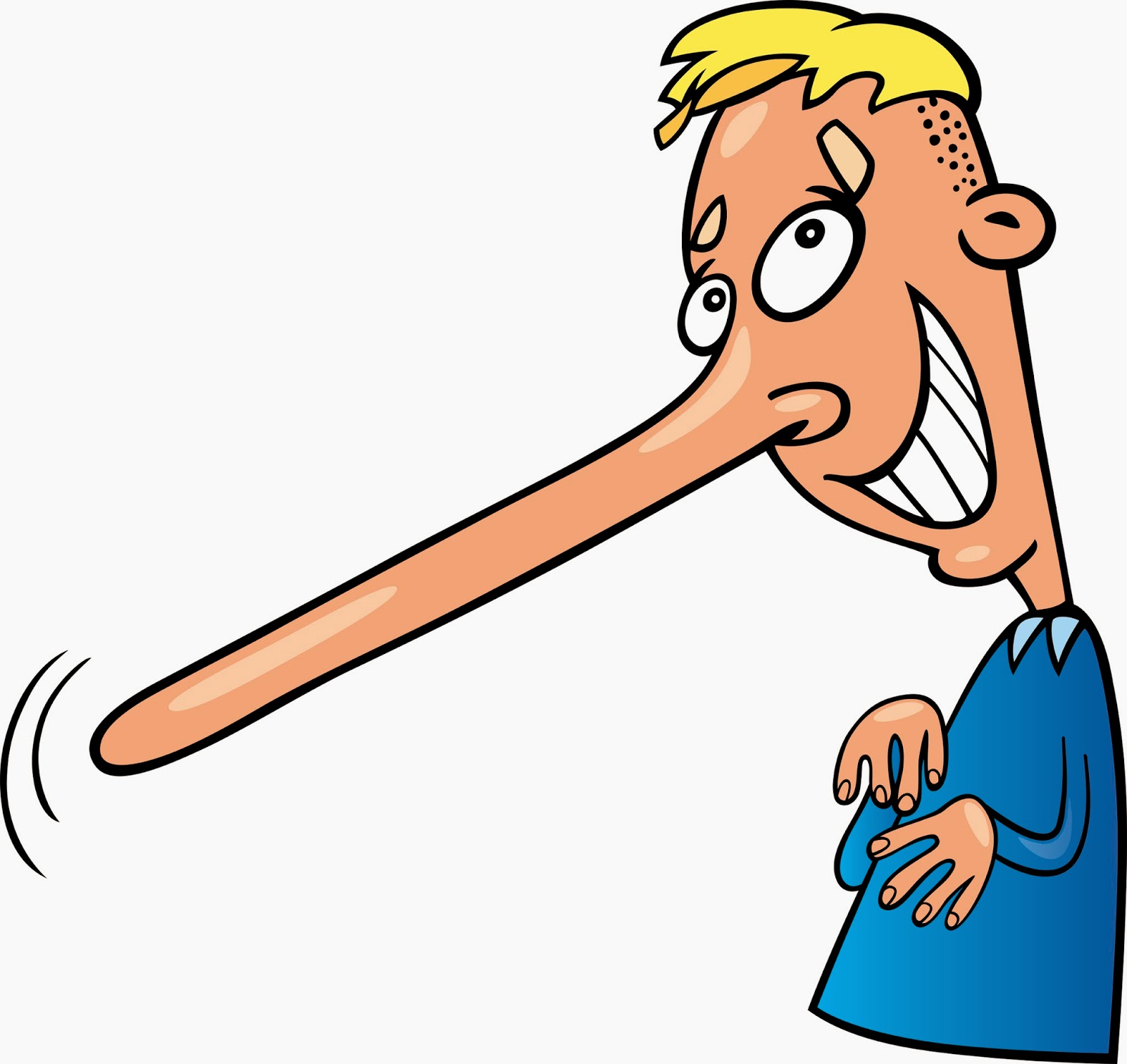 It's election time. And the lies are flowing widely about guns and gun rights. They need to be challenged. With a recent poll showing even 92% of gun owners support measures to keep guns away from those who should not have them, it is a clear indication that elected officials should support what the public wants. But, of course, when it comes to guns and gun rights, everything is different. It's time for that to change. At election time, candidates walk on eggs, avoiding the gun issue like the plague. Of course, they are not afraid to talk about an actual "plague" such as the concerns about the Ebola virus spreading.

Jon Stewart has used his humor to unpack the truth and does so again about what should be concerning our politicians. A recent show pointed out the hypocrisy of some politicians making public claims that they will protect Americans at any cost from the Ebola virus. But other epidemics or public health and safety (including gun violence prevention), not so much. You can watch the video here.

So Congressional members make statements about public health and safety when it comes to the Ebola virus which is fairly unlikely to be an epidemic or endemic in our own country. But when it comes to other measures that are politically charged in some way, avoidance happens. This hypocrisy needs to be exposed because human lives are at risk. If we want to protect American lives, then let's protect American lives from any epidemic, not just the ones that are not politically charged. In this crazy world of politics, however, just about anything can become politically charged and controversial. When do our leaders just do the right thing no matter who will win the election or who will be in charge of Congress?

But I digress. Some politicians are not afraid to talk about the controversial issues This ad is a good one exposing some "truths" of a candidate running for election in Virginia. You can view it below:

A gun violence prevention group in Maine has done its' own survey of voters and found that ( no surprise) an overwhelming majority of the public and gun owners specifically, support background checks on all gun sales and even restrictions on certain types of assault weapons. From the article:

Fairgoers were asked to weigh in on two issues facing the country on gun use. They cast their vote as a gun owner or non-gun owner. They voted for or against universal background checks and a ban on assault weapons, and I compared the results with a national poll published in a 2013 issue of The New England Journal of Medicine.

Both are startling and impressive statistics. Our findings support this and other surveys that have found widespread support for universal background checks.

And yet, the editorial writer writes this:

Yet the NRA position seems to have more persuasive power than these majorities. They are against universal background checks and, though only 22 percent of the population are gun owners and a huge majority of that population supports universal background checks, Congress still refuses to enact such a measure. That makes no sense at all, does it?
Our larger gun-owning fair sample suggests it is the responsible, sensible thing to do. Why hasn’t it been done? In Maine it was done — almost. LD 1240 narrowly passed the state Legislature last year and was vetoed by Gov. Paul LePage.
We need more of our state legislators to join those who passed LD 1240 to get this done. We need leadership on this issue, and we would like to see that leadership come from our state and national legislators.

On the issue of a ban on some types of assault weapons, the group found another majority supporting the measure and even amongst gun owners:

The takeaway isn’t only that our fair sample is more pro-gun than the national sample, but that, either way, a small percentage of the population is keeping the U.S. from enacting an assault weapons ban. Why does such a small minority control the decision making?
Most people are supportive of banning assault weapons. That proved to be the case in both the fair and national polls. We found 78 percent of all those weighing in supported an assault weapons ban. The New England Journal of Medicine found 69 percent of the total population in support.
Again, large majorities of people see such a ban as a sensible way to reduce gun violence. Is it not time to get this done, too?

This is the question that has to be asked over and over again. If large majorities of Americans support common sense measures to keep us all safer in our communities, why do politicians pander to the corporate gun lobby? It's pretty simple. The NRA lobbyists and leaders and other gun rights organizations have for years now hyped up fear and paranoia about gun rights. Their minions who believe this stuff go after the politicians in a not so subtle way by telling lies about gun rights and throwing money and support to the opposition. I guess that's politics. If something is said often enough it can become a "truth". What the corporate gun lobby continues to say is that any measure concerning gun safety reform leads to gun registration, confiscation and gun bans. That is simply not true. But the truth gets lost in the election hype and candidates avoid wanting to talk about it. We are talking about an issue that affects thousands of Americans and senseless loss of life. The truth is vitally important.

And speaking of the corporate gun lobby lies, this new FBI report about shooting incidents and how they are generally stopped lends a lie to the idea foisted on us by the NRA's own Wayne LaPierre. Remember when LaPierre tried to excuse the Sandy Hook shooting by saying, "The only thing that stops a bad guy with a gun is a good guy with a gun"? You can see it below:


From the FBI report, linked above:

Here's how these incidents ended. More than half (56 percent) were terminated by the shooter who either took his or her own life, simply stopped shooting or fled the scene. Another 26 percent ended in the traditional Hollywood-like fashion with the shooter and law enforcement personnel exchanging gunfire and in nearly all of those situations the shooter ended up either wounded or dead. In 13 percent of the shooting situations, the shooter was successfully disarmed and restrained by unarmed civilians, and in 3 percent of the incidents the shooter was confronted by armed civilians, of whom four were on-duty security guards and one person was just your average "good guy" who happened to be carrying a gun.

The fact that 21 of these shooting situations were terminated by unarmed civilians as opposed to a single incident that ended because a good guy had a gun might come as a big surprise to the NRA, but for those of us who try to engage in the gun debate by issuing statements based on facts, this finding is consistent with other evidence that the pro-gun community chooses to ignore. For example, in 2005 Gary Kleck published a study funded by the Department of Justice which showed that persons who resisted assaults by running away or calling the police had a better chance of escaping injury than if they resisted the assault with a gun. This is the same Gary Kleck whose 1994 paper claiming that millions of Americans thwart crimes each year with guns is still cited by the NRA as its gospel for justifying civilian armed defense.

The FBI report not only debunks the "good guy stops the bad guy" nonsense, but also gives us some important data to judge the validity of another NRA mantra, namely, whether "bad guys" are drawn to commit shootings in gun-free zones. This bromide was all over the media after the Aurora theater shooting when it was pointed out by John Lott that the Cinemark was chosen by James Homes because it was the only theater showing the movie Batman that had a policy against allowing patrons to carry guns.

According to the FBI, of the 160 active shootings, 39 or roughly 25 percent took place in educational facilities and the shooters were overwhelmingly students who either attended or had attended the particular school. In most of these cases the connection of the shooter to the school was the motivating issue, not the fact that the schools were gun-free zones. More than two-thirds of all the active shooting incidents between 2000 and 2013 took place in locations which were not readily understood to be gun-free zones. But why let facts stand in the way of an opinion or, better yet, a good marketing scheme?

Facts matter but they don't seem to matter to the minority of Americans who happen to believe in the nonsense spewed by LaPierre and others in the corporate gun lobby. For them, profits matter. The lies are not just spoken at election time but this time of year brings out the worst of them as they write letters to the editor ( as in my home town) claiming that if a candidate supports any kind of reasonable measures for gun safety reform it will automatically lead to gun bans, registries and confiscation. This was said about the bill that the Senate failed to pass in 2013. While the bill was so watered down to appeal to the gun lobby, it still didn't pass. The idea of expanded background checks on ALL gun sales at gun shows and on the Internet led to the false idea that a gun registry or some other horrific violation of gun rights. The bill specifically stated that it would be illegal for any gun registration but never mind the facts.

It's time for a change to the conversation about guns and gun violence in America. It isn't happening in Congress because the members have been fed the lies for so long that even they believe they can't broach the subject, particularly at election time. We have to make them talk about the issue. There is much talk going on about the Ebola virus and now the Enterovirus which just took the life of a 4 year old boy. That's the one that keeps me awake at night since I have a 4 year old grandson. So let's talk about the real problems Americans are facing, not the ones made up by special interests whose profits and existence depend on the hype. I also know, having experienced the domestic shooting death of my sister, how often "good guys" with guns take the lives of people who are loved by many. When 32,000 Americans die from a particular cause each year and it is ignored by those who could make a difference, it's time for us to vote for those who will make a difference. We are better than this. Let's get to work. Lives depend on our getting this right.