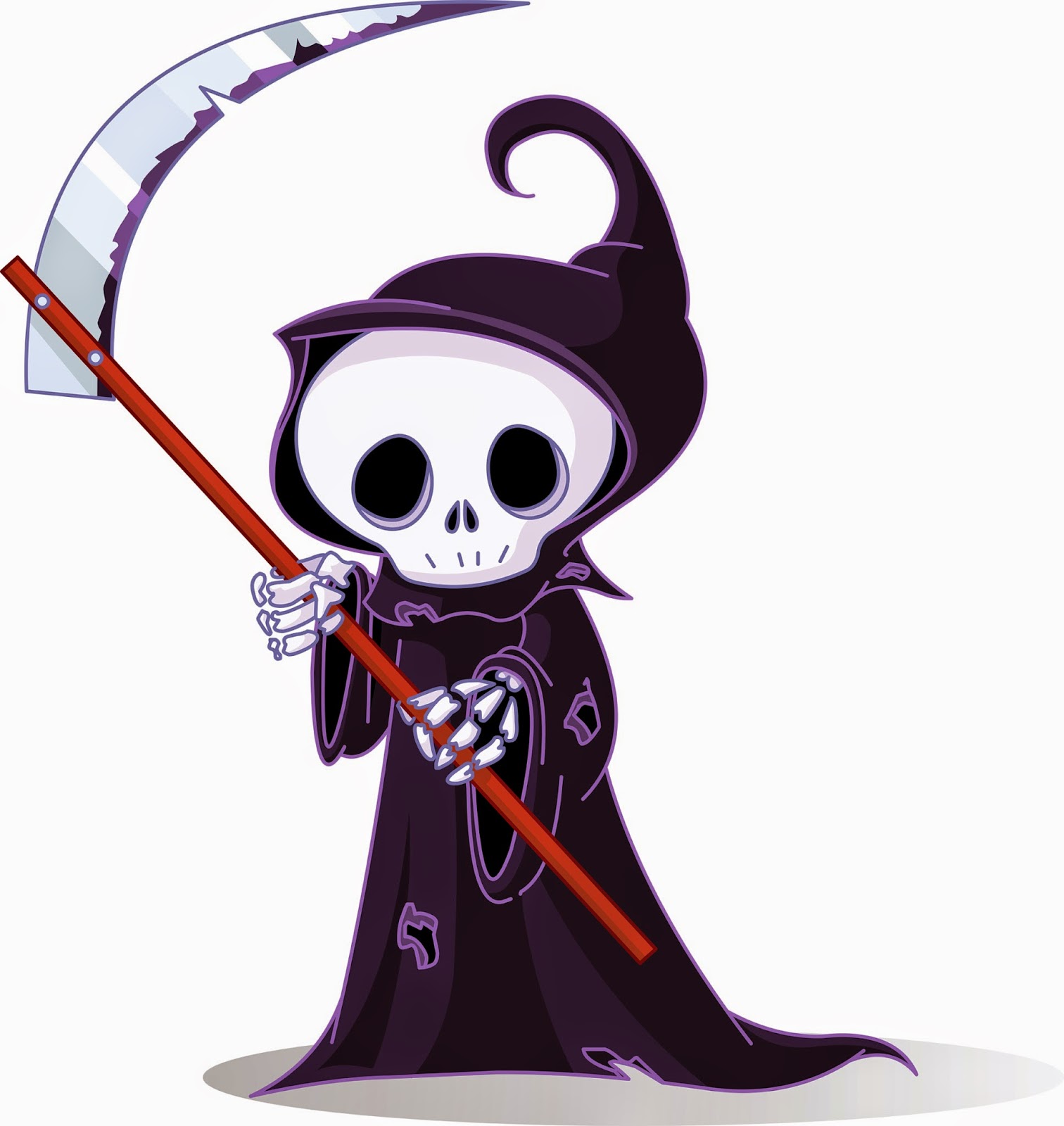 There are more than enough scary stories about guns, gun violence and gun incidents to include in this post. But I only have room for so many so I will just include a few incidents of the many. It's Halloween today. Kids are dressing up in all kinds of costumes, some more scary than others. Adults, too, get into the act. I have seen plenty of photos on Facebook of some of my friends dressed in goofy costumes at parties. It's all in good fun.

But some scary things are happening out there. I will just start listing until I have listed enough for you to get the picture. It won't take too long.

A Pennsylvania Coroner is auctioning off guns used mostly in suicides. The law says he can't destroy them. Good idea, right? Now the guns will be back in circulation and who knows what will happen after that?

Two teens dressed in prom clothing also were proudly displaying guns in a photo. Was this a joke? Nope. Read on:

Tito Velez, 16, and his girlfriend, Jamie Pereira, are shown holding air-soft guns in a homecoming photo they posted on Facebook last Friday, according to WCVB.

Airsoft guns are replicas, which can fire plastic pellets, and are intended to be non-lethal.

Velez said they wanted their photo to be unique and use something other than flowers.

“This isn’t dangerous; you can’t kill someone with it,” Velez said. “We didn’t shoot anyone. We were pointing them at the floor. Everything was on safe, no batteries, they never left the house. We never took them to school. That’d be stupid.”

But when the teenagers put a caption on the photo, relating it to homecoming at their school, Bristol-Plymouth Regional Technical School, it connected the air-soft guns to a school function.

School officials say students were talking about the photo in school on Monday and it caused a “disruption,” which is why they were suspended, the superintendent said.

“These students know what is… provocative,” Superintendent Richard Gross said. “And to tie that to one of our school events kind of puts it over the top which brings us into it.”

Air soft guns or not, it is stupid and unthinking to post a photo like this. What do guns have to do with a prom? Air soft guns are very real-looking replicas. Kids shouldn't be posing for photos with them. What is the message here? When these teens get to be adults will they be the ones walking around in Kroger stores with their AR-15s proudly displayed on their bodies? We have enough problem with kids, teens and guns.

Does anyone remember that a 14 year old just shot 5 of his classmates in Marysville, Washington last week leaving 2 of them dead plus himself? He, too, posted photos of himself, only with real guns, on Facebook.

In other news, a Seattle area grandpa shot his own daughter and granddaughter. That's scary stuff. By the way, what's going on in Washington state with all of the shootings? Next week the voters there will be able to decide that background checks should be performed on all gun sales at gun shows and on the Internet. The scared Washington politicians have no backbone and have decided not to stand up to the corporate gun lobby's lies about background checks affecting law abiding citizens. It looks like it's going to pass. Other states are getting ready to go directly to the voters as well. Voters are not afraid of the gun lobby.

Jose Conseca just shot himself in the hand while cleaning his gun. Way too many "law abiding" gun owners are stupid and dangerous with their guns. He hopes he doesn't lose his finger. Don't gun owners know that you have to make sure there is not a round in the chamber before cleaning a gun? We need safer guns and safer gun owners in America. That's becoming more and more clear. Just read my last post or any of my posts for that matter. Or read Ohh Shoot or David Waldman at Daily Kos if you don't believe me.

The Brady Center has a new campaign which I've written about before. The Truth About Kids & Guns. The facts are pretty spooky actually. The New York Times wrote about kids and guns in a recent article. From the article:

IN the United States, 1.7 million children live in homes with guns that are loaded and not under lock and key, according to the Brady Center to Prevent Gun Violence. Now the organization is encouraging parents to ask other parents if there are guns in their homes, and if they are safely stored, before letting their children play there.
As part of Asking Saves Kids, or ASK, an effort that the Brady Center began in 2000, it is introducing a commercial that highlights awkward conversations that are typical between parents of playmates.

Now that's a scary fact. "... 1.7 million children live in homes with guns that are loaded and not under lock and key."


The source of the gun in the shooting has been almost an afterthought in much of the reporting. But it appears, according to sources quoted in news reports, that the .40-caliber Beretta handgun was legally purchased, registered and owned by Jaylen’s father. That, according to Dan Gross, president of the Brady Campaign to Prevent Gun Violence, fits a deadly pattern: In two-thirds of the nation’s school shootings, the attackers used guns from their home or a relative’s residence.

More needs to be reported about how Jaylen obtained the weapon, but a recent report by the campaign’s sister organization makes clear that more attention must be paid to the threat of gun violence to young people. Shooting is a leading cause of death among children and teens; 60 percent of youth gun deaths occur in homes.

Back to Pennsylvania, the NRA blocked a bill that would have banned serving and eating dog and cat meat because it also would have stopped pigeon shooting. You really can't make this stuff up. "The dogs and cats have to die in order that the pigeons may also die." This quote from Stephen Colbert in the episode linked here says it all. What a group the NRA is- scary, right? This editorial in the Seattle Times sums up the fear of our politicians when it comes to the NRA:

OK. As it turns out, last year the state Legislature debated a law that potentially could have addressed this very shooting. It didn’t attempt to get at the demons that lead to shootings, but at something simpler: how to keep kids and guns apart.

House Bill 1676 was pragmatic. It said if you leave a gun out and a kid under the age of 16 gets it, then you may be guilty of reckless endangerment. The charge wouldn’t apply if the gun was locked up or had a trigger lock on it, if the gun was stolen during a break-in or if the child used the gun under the supervision of an adult.

At age 15, Jaylen Fryberg wasn’t allowed to possess the .40-caliber Beretta he used in the shooting. Police haven’t said how he got it, except that it was owned by a family member. Bottom line: If we had that law on the books, the gun’s owner might be criminally liable for failing to secure that gun from a kid.

Better yet: Knowing about the law, maybe the gun owner would have locked the gun up and Fryberg wouldn’t have gotten the handgun in the first place.

Though this proposed law only applied to keeping guns stored away from kids under 16 — which responsible gun owners say they do anyway — the National Rifle Association freaked out about it anyway. Brian Judy, the NRA’s lobbyist in Olympia, called it a sweeping intrusion on law-abiding people. He demanded to know why lawmakers weren’t also requiring that cleaning chemicals be stored in lockboxes.

“There are many items around the house that can cause injury, illness or death to a child,” Judy testified tendentiously. “This legislation is about nothing more than demonizing firearms.”

It wasn’t — it was about demonizing reckless gun owners. But the spineless House of Representatives trembled before the NRA as it always does and never brought the storage bill to a vote.

And- oops. A self proclaimed Texas border militia member was arrested. Here is what was found in his hotel room:

Along with a box containing the chemical, the officers found "an AK-47 with six loaded magazines, a loaded handgun, a ballistic helmet and several cameras," according to the Texas newspaper.

As the Express-News noted, ammonium nitrate is the substance used by the Oklahoma City bomber Timothy McVeigh in the attack that killed 168 people.

Massey belonged to the paramilitary group "Camp Lonestar," and was described as a "CO," or commanding officer, in a September profile in the Texas Observer.

He was charged with possession of a firearm by a convicted felon. He was convicted of burglary in 1988.

Yup. We are all safer with these guys running around with guns at our border. We should be scared of these "law abiding" citizens with guns.

A scary situation happened at a Tennessee elementary school when a father in a domestic abuse with his wife showed up at the school attended by his children. Read more here:

Police chased the man through the school, and caught him in the back of the building. They also found a gun. There were no injuries.

Students were held in their classrooms, Shelby County Schools said.

The school is on 4890 Ross Road, near Shelby Driver and Riverdale Road.

Metal detector checks are used when students arrive in the morning. They are not used on parents, who are buzzed into the school at the front door and allowed to report to the office.

Metal detectors for kids? That's scary. Something tells me they will change the policy and check those "law abiding" adults for guns since they are the ones who often have them. Good grief.

Is that enough? There's much more where that came from. There are a lot of things to be afraid of in America. Lord knows the politicians are trying to scare us into believing all kinds of things, only some of which are true and worthy of our fear. The one thing they are not talking about is the more than 30,000 Americans who die from gunshot injuries every year. They are not telling us about this because they are afraid to tell the truth. It would be enough to scare us all into wanting to do something about it and that is what scares the corporate gun lobby. America is the country with the largest number of guns per capita and the most gun deaths per 100,000 than any other civilized country not at war. Scary.

What we need, instead of fear and misinformation is a large dose of common sense when it comes to kids and guns and gun violence prevention. We don't have it. This is what we should be scared of this Halloween. Remember that many of our politicians are also in the pockets of the corporate gun lobby and vote for profits over the safety of our kids and communities. And that is scary.