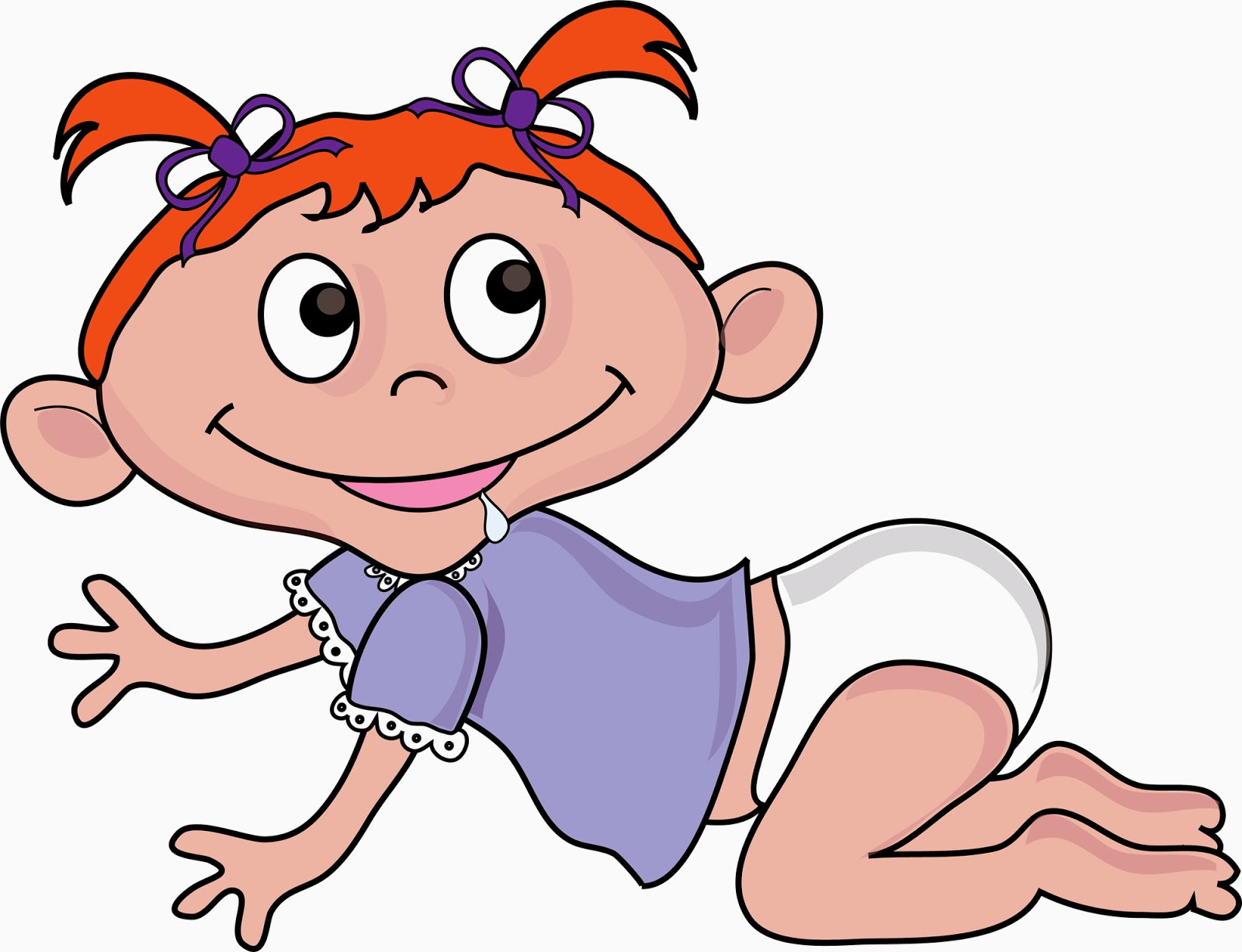 I linked to an article in a recent post about a 9 month old baby who was injured by a bullet when the gun his father was cleaning discharged and sent a bullet through his leg and into the baby's head. You just can't make this stuff up. The baby has now died. But even more stunning and so ridiculous as to be unbelievable, a 3 month old Texas baby "accidentally" discharged a bullet and shot her father. Well, not really. But somehow this baby ended up with the gun in it's hand and the father shot off the gun while getting it away from the baby. This "law abiding" gun owner was reckless and irresponsible with his gun. This is the gun culture we have in America. I don't know about you but I always have my loaded gun available to me when I am napping around an infant. I mean, what could possibly go wrong? Babies like shiny things. Kids are curious about guns. Adults need to be responsible for their guns in the presence of babies, small children and teens.

This Oregon10 year old girl got shot when a felon who shouldn't have had a gun but had one anyway shot off a gun that went through the wall of an apartment building where the girl was playing. The girl was doing what 10 year old girls do. The man was doing what felons who have easy access to guns do- shoot off their guns on our streets. We can make it harder for felons to get guns but we haven't because of the corporate gun lobby and their bought and paid for elected leaders.

Also, of course, one more student died of her injuries after the shooting in a Marysville, Washington High School. It turns out that the shooter was so intent on killing people in his life, who he must have felt had done him some wrong, that he asked them all to meet him in the cafeteria of his school where he shot them all. Even worse, according to the article, there were some messages of great concern that seemed to have gone unnoticed:


Fryberg sent a selfie to his ex-girlfriend showing himself holding a gun not long before the attack, a law enforcement official told CNN. It is unclear if it is the same .40 caliber pistol used in the deadly shootings.

According to the video from the linked article above, some warning signs were there. Easy access to guns makes it easier for teens who are having problems to take out their anger on others. From the article above again:


A law enforcement source with knowledge of the investigation told CNN that Jaylen was indeed having trouble reloading and that it was because his hands were trembling.

Police have not yet said how many shots were fired, but Jaylen had at least one bullet left before the confrontation with Silberberger, because the final shot was the one that ended Jaylen's life. A Beretta .40-caliber handgun believed to have been used in the shooting has been traced to Jaylen's father, according to the source.

The sheriff confirmed the weapon was a Beretta, but only said that it was registered and owned by a "family member." Authorities are trying to determine how the shooter got the gun, Trenary said.

Had he reloaded, imagine the death toll. Had a teacher not intervened, imagine the scene of death and injury. We don't need to imagine because we have had so many other school shootings where there were many more victims than this one.

Elsewhere in America, we have ludicrous photos of guys loaded up with guns on their bodies posted to the Facebook page of Kroger foods to let them know that they appreciate the fact that Kroger allows their guns inside. Something has gone terribly wrong. The fetish with guns and the second amendment has made some folks crazy. It doesn't have to be like that but the fans are being flamed by the right wing extremists and the corporate gun lobby. They have an end goal. Profits and fear. That's what keeps people buying guns and supporting their agenda.

And further, when gun violence prevention groups complain about the movement to carry loaded guns into public places where children and families go every day, they are greeted by obscene and offensive remarks and attacks on created Facebook pages and on their own Facebook pages. From the article written by someone who has been on the other end of these attacks ( offensive language included and not mine):

Secret Facebook groups such as “People Who Were Blocked by Moms Demand Action Demand Action Now” — which has well over a thousand members — disseminated gun rights propaganda and helped orchestrate attacks on individuals commenting on Kroger’s page. Some gun nuts combed the profile pages of people commenting in support of gun reform, harvested personal photos of them and Photoshopped them to include obscene or humiliating comments, before reposting the photos on Kroger’s page, or on other social media sites. Because Kroger frequently bans users who post that kind of content, the gun extremists created disposable fake accounts — sometimes using the name and profile photo of an opponent— to quickly dump posts without being held accountable.

In one case, they found a photo of a woman’s preschool-age child and wrote on it, “My mom sucks more cock than Richard Simmons” and circulated it online. In another case, they grabbed a photo of a mother and her child and wrote “Big retard, little retard” on it before reposting it. One woman posted to Kroger a photograph of a receipt showing money she spent elsewhere, and gun extremists swarmed her post, with hundreds of responses, including comments like “what you could do is shut your god damned whore mouth,” “calm your tits,” and “fuck her right in the pussy,” which Kroger’s Facebook admin allowed to stand over a day later.

I have had similar comments sent to me on my blog. I don't publish them and sometimes have called out the sender. Occasionally I publish them just to call attention to the offensive people who troll blogs. And then the folks who send the comments are offended that I moderate comments on my blog! This is the America we have. Anyone who dares to challenge American's gun fetish is treated this way.

There are political TV ads abounding making claims that because a candidate didn't bow down and do the bidding of the National Rifle Association, they are evil and intend to take away the guns of all of the citizens of the country. The NRA is sending out flyer after flyer after flyer to folks who, just because they buy ammunition for hunting, must be assumed to be supporters of the extreme agenda of the organization and the gun industry. The flyers are political ads making hyperbolic statements about the second amendment to make sure their very own bought and paid for candidates get elected under the assumption that all gun owners support their agenda. Where they have gone wrong is that actually, 92% of NRA members support gun safety reforms. And they understand that supporting strong gun laws will have nothing to do with their rights to own guns, go hunting, protect themselves or shoot recreationally. That is because most people have common sense. Getting our candidates to fight back against this nonsense will be very important to making sure we deal with our nation's public health and safety epidemic of gun violence.

Most people do understand that shootings in American are happening on a regular basis not like any other civilized country not at war. We are at war here. Only we are at war with ourselves. More guns everywhere have not made us safer. In fact, we are shooting ourselves and others on a daily basis at a rate that should be absolutely shocking to everyone. It is, actually, but the public feels helpless to make the changes we deserve to have. It's frightening that the next school shooting could be at your own child or grandchild's school. It's frightening that a stray bullet could go through the walls of your house and hit someone inside. It's frightening that a gun permit carrier could leave his or her own gun in a bathroom for someone else's child to find. It's frightening that parents leave loaded guns around for children and teens to access and the resulting "accidental" deaths or suicides are such "surprises" to everyone. It's frightening that a 14 year old boy, exposed to guns and hunting, allegedly got access to his parents guns and planned to murder 5 of his friends and relatives over an alleged break-up of a relationship. It's frightening that a man can kill his pregnant wife in the back of the head in a domestic dispute gone very wrong. You get my drift. I am not making these things up. They are the facts. They are the actual incidents reported in news media in our country every day.

These are the things that should keep people up at night. The Ebola "scare" has made some Americans and some politicians come unhinged and look like blithering idiots. Some politicians are tripping all over themselves to scream hysteria and fear without having any facts to back up their hyperbolic statements. They don't believe in Science or Medicine and are quite sure they know more than the experts. They want someone to manage the problem in America but our esteemed Senators refused to appoint a Surgeon General (Dr. Vivek Murthy) because he happened to mention that gun violence is a public health problem in our country. Hypocrisy as far as the eye can see.....Just take a look at what I wrote about and tell me it is not. Two of my close family members are health care professionals. I trust them and their knowledge about how the virus is spread and how it is not. They know quite a bit more than most politicians about this. Dr. Vivek Murthy surely knows more about Ebola, public health concerns and gun violence than most politicians. But that doesn't stop them from pretending to be experts and making bad decisions for the rest of us.

Ebola is surely a public health concern. But hysteria is not the answer. A thoughtful response involving experts who understand the disease in concert with public officials who are charged with protecting their constituents is a common sense way of dealing with it. The same is true of any public health concern that can potentially take the lives of many. Why we aren't treating gun violence this way is not a mystery but it should be a national concern.

This is the America we have. If you, like me, believe that if we all put our heads together we can do something about this, please join a group of folks working on gun violence prevention in your area or look up an organization on-line. Since I have been writing about young kids and gun deaths and injuries, I suggest that you check out the Brady Center's new report, The Truth about Kids & Guns for great information. The Brady Center knows that we are better than this. Let's get to work.
Posted by japete at 12:34 PM