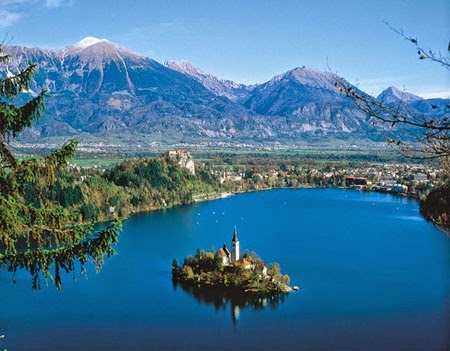 Now we are in Slovenia, just hours away from Venice. Venice, Slovenia and Croatia form a triangle near the Adriatic Sea coast. Slovenia was once a part of the former Yugoslavia which broke up in the 1990s after the war in the Balkans that killed thousands. But Slovenia requested and won independence from the Yugoslavian Federation in 1992 before the Balkan wars. World War II took the lives of thousands of Slovenians both by the Italians and the Germans. Modern day Slovenia is prosperous and full of opportunities for recreation and outdoor activities of many kinds. It's a small country with a lot of open space as well as mountains, lakes and rivers.

Let's take a look at the gun laws in Slovenia. The rate of privately owned firearms is 13.5 per 100 compared to the U.S. 101 per 100 people- seriously. I didn't make that up. The rate of gun deaths in Slovenia is 2.44 per 100,000. Firearms homicides are .05 per 100,000 while the gun suicide rate is 2.34 per 100,000. There was 1 unintentional firearm death in 2010 in Slovenia. Private possession of handguns and semi-automatic assault rifles are strictly regulated and only allowed with special authorization. Licensing, registration and providing a good reason for the necessity to own a gun are required in Slovenia as well. Safe storage of guns and ammunition is also required. Oddly citizens in Slovenia are allowed to carry guns in public with no permit. For some reason, with only one unintentional gun death and just over 1 gun homicide, apparently Slovenians are more careful with their guns than gun owners in the U.S.  And there is no gun lobby to ramp up fear and paranoia about gun rights.

As with my other posts about gun laws in countries that I visit, there is an inescapable comparison to strong gun laws and few gun deaths and injuries. People are allowed to own guns but have to go through a process to get them that must make one think about their own responsibilities towards the firearms.

I am looking forward to a peaceful and non violent trip to the country of Slovenia where common sense has worked to keep people safe from gun violence.
Posted by japete at 1:33 AM