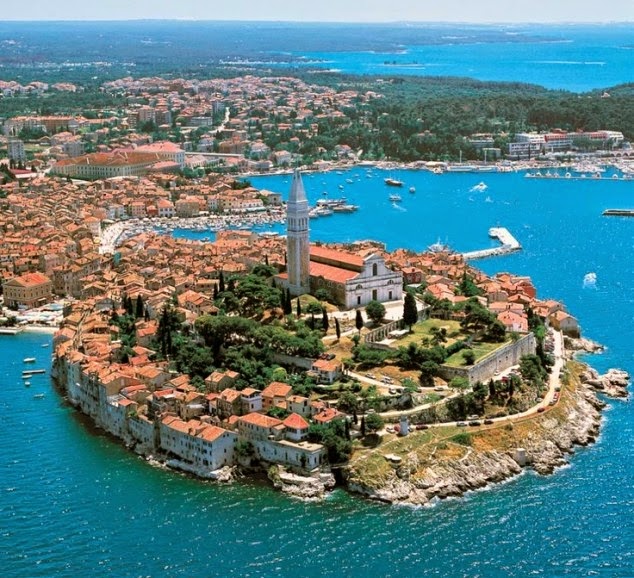 Our next stop is the country of Croatia. This "new" country was formed after the break-up of the former Yugoslavia and has become a vacation destination for many. We will be finding ourselves along the Adriatic Coast visiting some Medieval and Roman ruins and enjoying ( hopefully) the sun along the beautiful coastal cities. This long article about Croatia explains the complicated history of the Balkan nation, including the many conflicts and wars. Unrest has reigned in this part of the world for centuries- the most recent the violent conflicts of the 1990s which ended with the American bombing. War crimes and ethnic cleansing was a terrible display of human nature gone wrong. Who can forget the trial of Slobodan Milosevic former President of Serbia for war crimes?

Also as a new member of the European Union, Croatia is struggling economically. We will be happy to contribute in our small way to their economy while traveling there.

Croatia's rate of gun ownership is high compared to the to other European countries. 8.3 Croatians per 100 own guns. Croatia ranks 54 of 128 countries when it comes to gun ownership while the U.S. is ranked number 1- a distinction of which we should not be proud. The rate of gun homicides is .04/100,000 far below that of the U.S. while suicides were 2.37 per 100,000. There were a total of 2 unintentional gun deaths in Croatia in 2012. Possession of handguns and semi-automatic assault rifles are only allowed with licensure. A genuine reason for gun possession must be given and a domestic abuse incident or assault disqualifies someone from possessing a firearm in Croatia. In order to get a license to possess a firearm one has to go through a training course. Registration of firearms is a requirement as well as only being allowed to carry a gun if concealed and unloaded and with a permit.

I found this blog written by an American living in Croatia. The writer was wondering about why the gun culture and gun death rate was so different in Croatia than in the U.S. He came to some of the same conclusions I am making but some of the comments add more insight into why people are not shooting each other in Croatia.

Again, as with Italy and Slovenia, strong gun laws lead to safer citizens. The facts are important to understand when talking about the link between strong gun laws, a culture that does not place rights over public safety and a low rate of gun deaths. All of these countries have common sense when it comes to the role of guns and gun violence in their countries.
Posted by japete at 3:32 PM