Where are our safe communities? 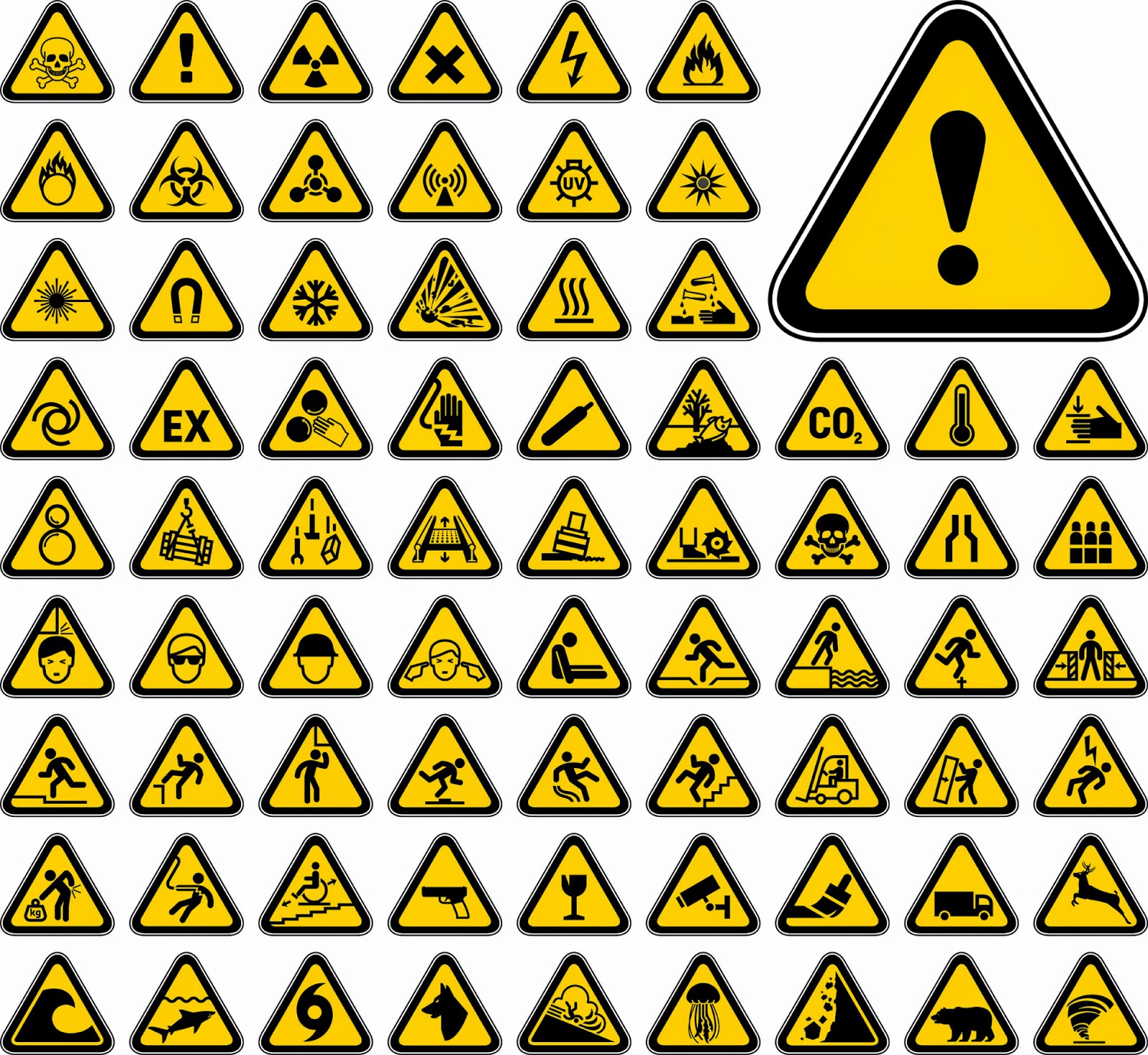 One should really be able to walk down a street in a tourist town without fear of being struck by a stray bullet from an irresponsible gun owner. In Helen, Georgia, a woman was killed by a stray bullet when a handgun carried by a man across the street discharged. In the days not so long ago when many fewer people were allowed to carry guns on our streets, this kind of incident was not happening. But now it is. And of course Georgia just passed it's "guns everywhere" law so the folks in Georgia are surely safer now right? Wrong. The woman was a newly naturalized citizen of the U.S. Now she's dead thanks to a careless "law abiding" gun permit holder. Check out this article for more information about the victim and the incident.

That awful shooting was not the first as a result of a "law abiding" gun owner's gun accidentally discharging in public. I have written often on this blog about other incidents like it. Carrying guns in public places is an idea that has not received the scrutiny it deserves. But our state lawmakers caved to the pressure from the corporate gun lobby and we are seeing the results.

Do people actually feel safer when seeing someone carrying a loaded assault rifle strapped to their shoulder? The Open Carry stuff is not going well for those who choose to "exercise their Second Amendment rights" in public. Open Carriers have decided to "target" Kroger grocery stores after failing to make the public feel comfortable with folks with assault rifles carried in other venues. From the article:

Moms Demand Action for Gun Sense in America, a national gun control organization backed by former New York Mayor Michael Bloomberg, will kick off a campaign on Monday that seeks to pressure the grocery giant to ban the open carry of firearms in all of its nearly 2,500 stores. The moms' group decided to take action in response to recent demonstrations by open carry activists in Kroger stores in Ohio and Texas, and after conducting research that identified more than a dozen shootings on Kroger property since 2012, said Erika Soto Lamb, a spokeswoman.

"Kroger employees shouldn't have to determine whether the person holding a gun in the frozen aisle is someone dangerous or someone making a political statement," Lamb said. (...)

"In most states, gun laws are exceedingly lax, especially when it comes to the open carry of firearms," Watts wrote. "In many states, virtually anyone can openly carry a loaded gun without going through any licensing, permitting or training."

Moms Demand Action has logged a dozen shootings that have taken place inside a Kroger or in the parking lot of one since 2012.

In June 2013, a 2-year-old girl was shot in a Kroger parking lot in Stone Mountain, Georgia, after a customer tried to intervene in an attempted mugging.

In February, in another incident in Georgia, a 42-year-old man shot and wounded two Kroger customers at a store in Lawrenceville, east of Atlanta.

Last year a "confrontation" at a Virginia Kroger store was the subject of attention:

Bob Girard had a craving for some ice cream last Sunday evening, so he stopped in at the Kroger on Hydraulic Road to pick up vanilla bean, extra chocolate, and strawberry, along with some Hershey's chocolate syrup. The last thing he expected to encounter was a fellow shopper with a rifle slung across his shoulder.

"What are you carrying?" asked Girard, a well-known local musician, who originally recounted the now widely reported incident in a Facebook post.

"An assault rifle," the guy said.

"Can I ask why you're carrying it around in Kroger?"

The guy told Girard it was his constitutional right to carry around a firearm.

After buying his ice cream, Girard says he happened to walk out of the store at the same time as the gun-toting young man. He noticed the man had not purchased anything.

"Is your gun loaded?" Girard asked.

"Does that mean it's loaded?"

Meanwhile, to prevent such incidents, Roberts says that businesses like Kroger can post signs indicating that no firearms are allowed.

"I understand the different contexts in which the Second Amendment is interpreted and expressed," says Girard, "but I'm confused about the spectacularly stupid reasoning behind an armed promenade through Kroger, unless it's some sort of weird NRA membership dare or a narcissistic fantasy." (...)

"I'm an ardent supporter of both the 1st and 2nd Amendments, and both should be vigorously defended," says local lawyer Todd Rich, but he thinks this incident was akin to someone in the grocery store parking lot with a megaphone screaming at people that they are going to hell.

"This nimrod is as bad or worse," Rich says. "The only point he proved is that our civil liberties even apply to morons."

Terry Mahoney, a former Marine the Hook spoke to, has some advice for gun toting Second Amendment advocates.

"If you want to walk around carrying a gun," he says, "join the armed forces and go to Afghanistan or some other place."

And to end, Girard says this ( from the linked article):


Days after the encounter, Girard reflects on all the ways this apparent "protest" could have gone wrong, from another shopper with a concealed weapon thinking he could prevent a mass shooting by killing the man, to the police overreacting.

"The downside of an incident like this is potentially horrible," he says.

Indeed. "Potentially horrible" things happen every day in America with guns. Turn on the news. Read the paper. Check the internet. The thing is, when state legislators pass laws allowing, in some cases, people with no permits or training, to carry guns around in public, the result is not safer public places. When even law abiding gun carriers make mistakes with their guns in public places, are we safer in our communities? I just don't believe that an armed society is a polite society. The evidence just does not support that idea. You can read about the shooting incidents at Walmart stores on the Walmart shootings blog. Shootings happen everywhere of course. But carrying a gun into every public place is not going to result in stopping the shootings. The chances of accidents and other things going wrong are real. The chances of a gun carrier being in just the right place at the right time to stop a shooting are slim. Too often shootings in public places are the result of domestic disputes gone wrong or arguments taken into public places. Sometimes they are the result of the mix of alcohol and guns- never a good idea. More guns are not making us safer.

Domestic disputes often end with innocent people shot and sometimes the shootings happen, as I just wrote, in public places.  A police shooting involved a Maryland man who had already shot 2 people and then fled .

In a different article the reporter calls it a local family tragedy. Of course. It's a domestic dispute gone wrong resulting in 2 deaths, including a 3 year old child, and 2 seriously injured. From the article:

Police and community leaders are calling for family unity following an increase in domestic violence cases in Prince George's County.

The most recent case happened over the weekend when a man killed his 3-year-old daughter and wounded her relatives before he was fatally shot by police.

The little girl is the 13th person to die at the hands of domestic violence in the county this year.

What is going on Prince George's County?

Things go wrong every day with loaded guns around in so many places. Yes, one can get shot from a half mile away by a stray bullet. This happened. A Kansas man was just walking around in his yard when a stray bullet fired by target shooters across a field hit him in the butt:

"When you're shooting rifles that are made for long distance shooting you definitely need to know what's behind your target when you shoot," Berry said.

The victim was treated for his non-life threatening injuries and was released from the hospital. The five target shooters were brought in for questioning Sunday afternoon and Berry said they could face aggravated battery charges, according to KAKE.

And then one more shooting of a young child-  A paranoid Florida grandmother shot her own grandson thinking he was a burglar. I wrote in a recent post about a father who accidentally shot his own daughter thinking she was an intruder. When people like the woman in the above incident are convinced that guns in the home will keep them safer because they are afraid, incidents like this are inevitable. What's with the shoot first, ask questions later mentality? Ah yes- the corporate gun lobby likes this idea. It's called Stand Your Ground. But when you "stand your ground" against your own children and grandchildren, it means something entirely different.

And I end with this- The entire country of Iceland is grieving over the first police shooting in the history of the country. What happened in Iceland is instructive ( from the article):

It's the first time someone has been killed by armed police in Iceland since it became an independent republic in 1944. Police don't even carry weapons, usually. Violent crime in Iceland is almost non-existent.

"The nation does not want its police force to carry weapons because it's dangerous, it's threatening," Arnorsdottir says. "It's a part of the culture. Guns are used to go hunting as a sport, but you never see a gun."

In fact, Iceland isn't anti-gun. In terms of per-capita gun ownership, Iceland ranks 15th in the world. Still, this incident was so rare that neighbors of the man shot were comparing the shooting to a scene from an American film.

What a total contrast from that in Ferguson, Missouri where an unarmed black teen was shot by police. These shootings are much more regular occurrences in America because not only do police carry guns, so do "law abiding" Americans, felons, gangs, mentally ill people, domestic abusers, gang members, teens and even those who could be on the terror watch list. Many of them are people who shouldn't have guns but we make it easy for them to get them in our country. This is the America we have. Is this the America we want? Surely we are better than this. Let's get to work and make our American communities safer from the gun violence that is so devastating to families all over our country.

An Oregon beach parking area where campers sometimes stay was the scene of yet more senseless shootings:

A gunman lured his father to a remote Oregon campsite and killed him, then drove to a beach where he shot five cars in a parking lot, killing a Michigan camper who was sleeping in his vehicle, a prosecutor said Tuesday. The gunman then killed himself.

Zachary Brimhall's father, 58-year-old William Ray Brimhall of Dillard, Oregon, had been shot multiple times, Coos County District Attorney Paul Frasier said. The older man's body was found Tuesday near his vehicle on a remote logging road in the Coast Range about 50 miles from Bastendorff Beach, where the drive-by shooting took place earlier in the day.