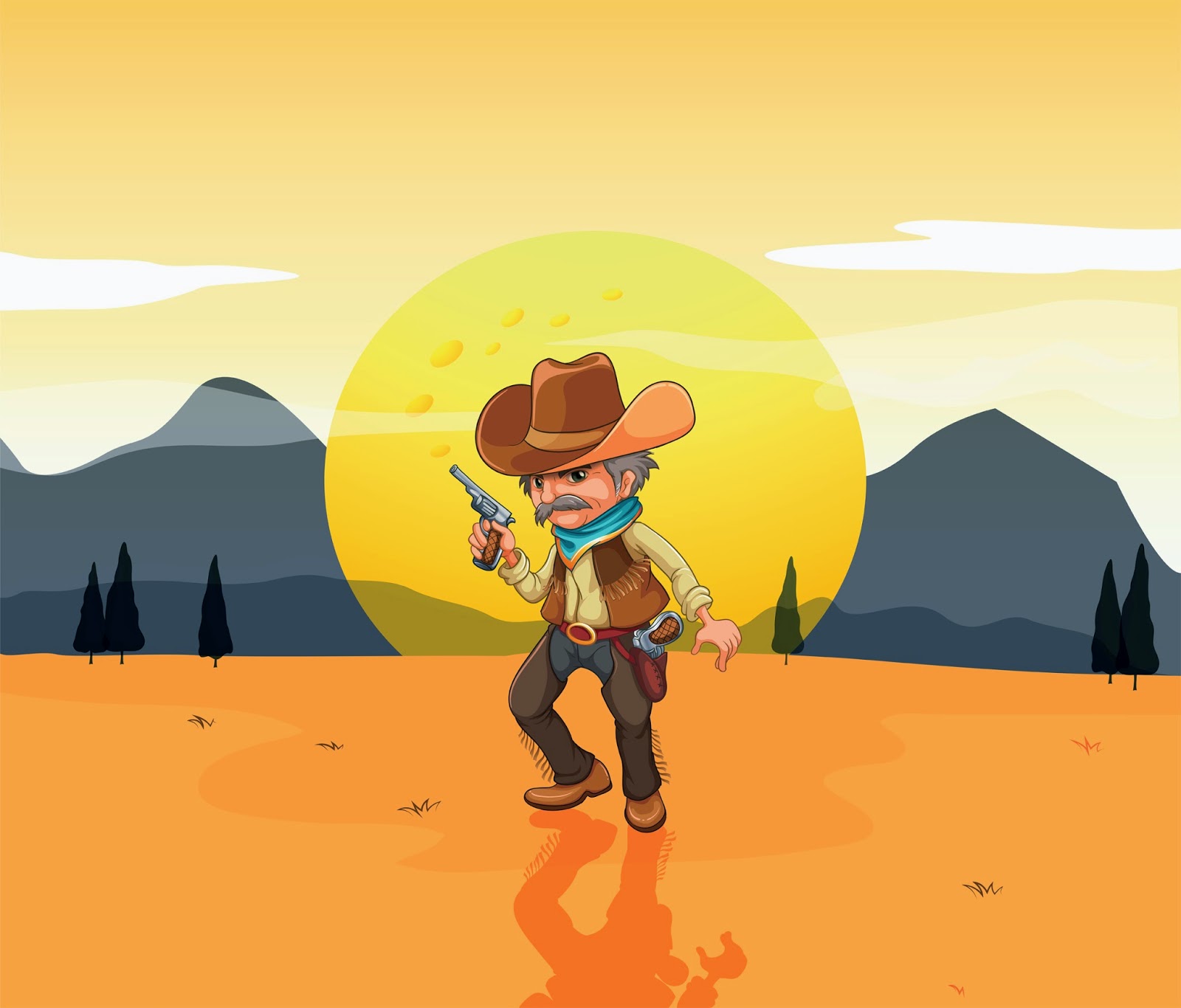 Now we are in Wyoming where the deer and the buffalo roam. Yellowstone and Jackson Hole are our destinations. Before our trip several people brought to our attention that one of the roads in Yellowstone National Park is actually melting!!! Yikes. I hope we won't encounter that situation. A geologist friend of mine said that the earth under that area is volatile and at some point in time, hopefully not too soon, it has the potential to become volcanic and "blow". Interesting times for the earth for sure. As an aside, I am a believer that climate change is happening and that we humans are contributing. Like the issue of gun violence, this issue gets short shrift from deniers. Not dealing with important environmental and safety issues seems reckless and irresponsible to me.

But I digress. Wyoming, like South Dakota, is home to a lot of guns. A few years ago, the legislature attempted to nullify federal gun laws but the law did not pass. Aside from passing its' own laws, the state of Wyoming got involved in a law suit against a gun bill in New York state and also had previously tried to interfere with a New Jersey gun law:

It’s not alone in taking such action this election year. Twenty-one other states have also joined in a “friend of the court” brief opposing a New York law banning certain kinds of semi-automatic weapons. Included in this litigious group of pro-gun states are all of the ones that border Wyoming, except Colorado.

I don’t understand. Wyoming and its conservative neighbors continually preach about states’ rights, and the fundamental premise states should be allowed to make their own decisions about guns within their borders.

Yet here we are telling New York it’s wrong; we and like-minded states know what’s best for the safety of its citizens. Support for the new, more restrictive gun laws don’t have universal support, but polls show 70 percent of New York residents back the law and “feel relieved and more secure.”

Can you imagine the uproar in the Cowboy State if a law with such overwhelming support here was challenged by the state of New York’s attorney general? The poor man would likely be burned in effigy, plus called a few choice names as the torches were lighted.

Wyoming also spearheaded an effort with 18 other states to petition the U.S. Supreme Court to consider their brief on behalf of John M. Drake (no relation to the writer), who was challenging a provision in New Jersey law that says people seeking a concealed-carry permit must prove to police they have a justifiable need.

Yup. Hypocrisy reigns in Wyoming concerning gun laws. Wyoming, though, like South Dakota, has a high rate of gun ownership and a low rate of gun homicides:

Yet despite being awash in guns, Wyoming’s gun homicide rate is extremely low.

According to FBI crime statistics, in 2010 there were only eight murders in the state, five of which were committed with guns. That works out to fewer than one gun murder per 100,000 people.

In other words, while Wyoming may have more guns per person than anywhere else, citizens aren’t using them on one another. Cheyenne Police Chief Brian Kozak acknowledged that fact, pointing out that it may be due in part to Wyoming’s rural character and general lack of the large urban areas where poverty and guns frequently form a deadly mix.

“When you’re looking at a more-populated inner-city area, a lot of those high homicide rates are related to gangs,” Kozak said. “Here, we know everyone, and our officers know the people who live here. When we see gang activity, we’re able to intervene and watch those people more closely.” (...)

n his experience, Freudenthal said he finds Wyomingites approach guns differently than in many other states with higher gun violence rates. While guns may be a large part of the cultural fabric here, he said Wyomingites tend to take a dim view of people who aren’t respectful of what guns are capable of.

“It’s deeply ingrained, not only from the right to use, but the idea of doing it responsibly. We don’t like people who are cavalier with firearms,” he said. “My father would blister my butt if I was swaggering around with a firearm. That’s not what you’re supposed to do.”

While the rate of gun offenses in Wyoming is low, when they do occur, they tend to be dealt with thoroughly.

There's more from the above article, though, about the high rate of gun suicides in Wyoming. From the article:

According to the U.S. Centers for Disease Control and Prevention, Wyomingites commit suicide at a rate of 23.2 per 100,000 people. By comparison, New York comes in last with a suicide rate of eight per 100,000, with a gun ownership rate of just 18 percent.

The connection between guns and suicide hasn’t been lost on policy groups focused on gun violence and public safety.

Kristen Rand, a legislative director for the Violence Policy Center in Washington, D.C., said because suicidal feelings can come on so suddenly, most gun owners don’t think they may one day turn a gun on themselves.

“People do not see bringing a gun into their home as a risk factor for suicide,” Rand said. “The average person, it would never enter their mind that owning a gun would increase their risk of suicide.”

Lyn Bailey of the Prevention Management Organization of Wyoming said that while firearms are the predominant suicide method in the state, there’s much more to the situation, including access to quality mental health care.

Bailey said 90 percent of Wyomingites who die by their own hand have an existing mood disorder, and the same sense of self-sufficiency that permeates the state culture could also be preventing many of those people from seeking help.

There's more from the Law Center to Prevent Gun Violence about Wyoming gun laws. Wyoming residents don't need a permit to carry a gun in public any more after a 2011 law passed. And another concern from this article is this:


In 2010, Wyoming had the 6th highest rate of gun deaths per capita among the states. In addition, based on data published by Mayors Against Illegal Guns, in 2009, Wyoming supplied the 12th highest number of crime guns to other states per capita, and the state exports crime guns at more than three times the rate at which it imports them.

Wyoming is not immune from gun homicides though they are rare. I wrote in a recent post about the grandfather who shot his wife in the face for yelling at the grandchildren. She died in front of her own grandchildren. Awful story. One of my readers made a comment I did not publish about the fact that I only provided a few instances of law abiding gun owners gone wrong in that particular post. He should read my other posts. I regularly write about these incidents. They are not as rare as this man seems to believe.

Back to Wyoming. I have also written before about the young woman who carried a concealed gun hidden in her purse into a Wyoming Starbucks where it accidentally discharged. No one was hurt, luckily for the girl who was carrying the gun illegally. Not a lot of common sense there for the girl or her parents. A second Wyoming incident with amazing similarities to the first one, involved a woman, her purse, a some groceries, a gun falling out of a purse and a gun discharge- all in a coffee shop again. This time a man was injured by the bullets that were shot out of the woman's gun. Guns are dangerous, of course, and being careless with them while carrying is a really bad idea. So those folks in Wyoming who carry with no permit needed? Perhaps that was a bad idea after all. Time will tell.

So the moral of the story here is that visiting a Starbucks in Wyoming is not a good idea. I think we'll stay away. We have now visited Yellowstone on a one day tour and were amazed at each stop. The beautiful rivers and lakes, mountain views, Bison, Antelope, Deer, Moose, Elk and smaller animals were all fun to see and some of them new experiences for us. The water falls on the Yellowstone River were spectacular. But the most exciting thing we saw was Fountain Spring at the Paint Pots Trail. It only erupts once in 11 hours and then spouts for 30 minutes. It hadn't erupted when we walked past it but suddenly it roared into action right behind us. It was so exciting to see this particular hot spring. Our guide said that he rarely sees it on the many trips he has made here. We were engulfed in hot mist, steam and the smell of sulphur and the tourists were all very excited about it. 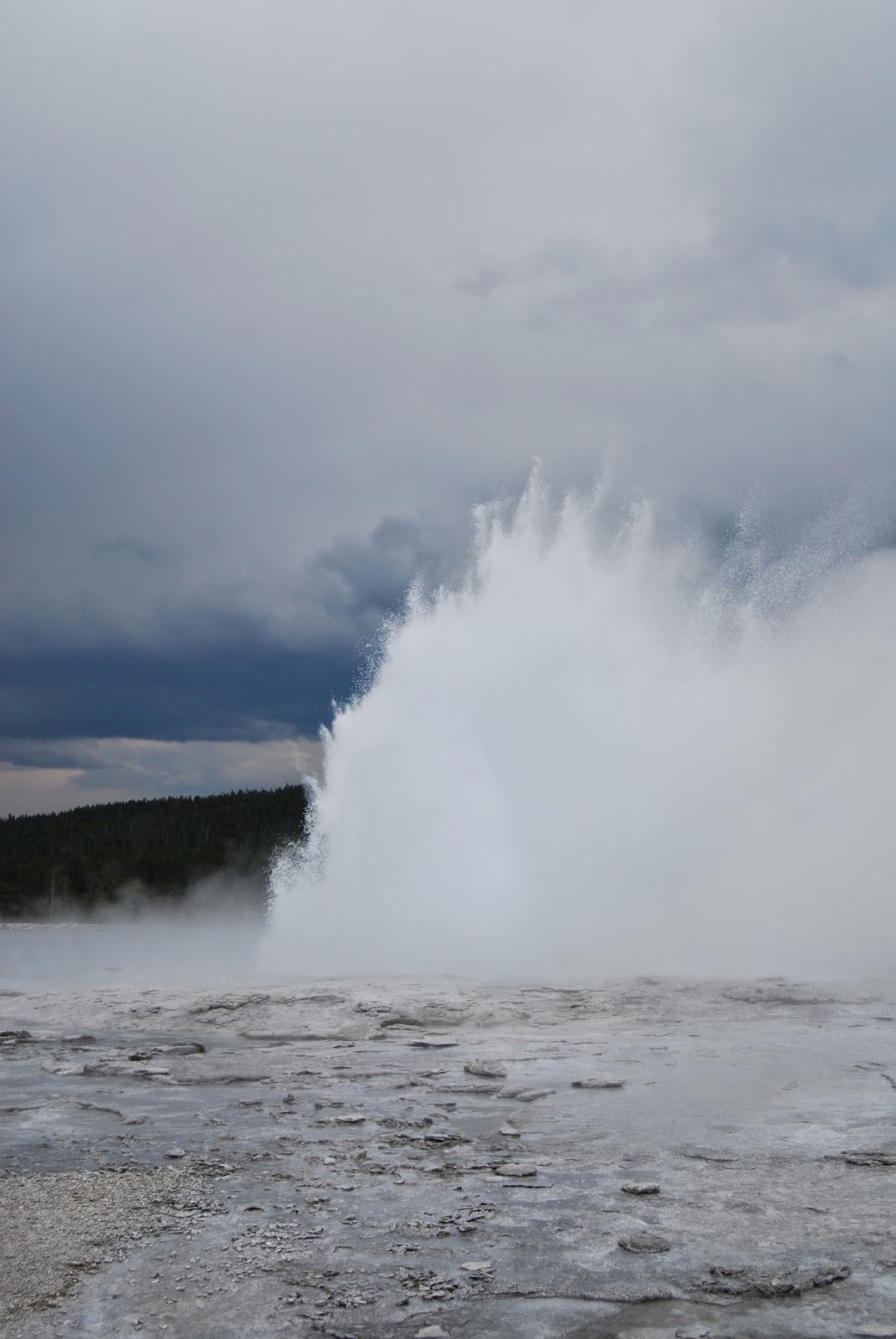 So as we leave this area, I have to say that the most impressive thing about it is the wide open spaces and all of the National Park land. There are not a lot of places for people to build homes and other buildings. And I have so far not seen one person carrying a holstered gun in public. I suppose one could use a gun on a Grizzly but Bear Spray is apparently the best way to deal with the very occasional Grizzly sighting.

All I know is that common sense is the best way to approach the issue of gun violence prevention and my trip here has given me a bit more of an understanding about the gun culture in western states. But I also know that people are supportive of reasonable efforts to keep others from being shot. In the end, that is what we all want.