Review of the holiday gun carnage 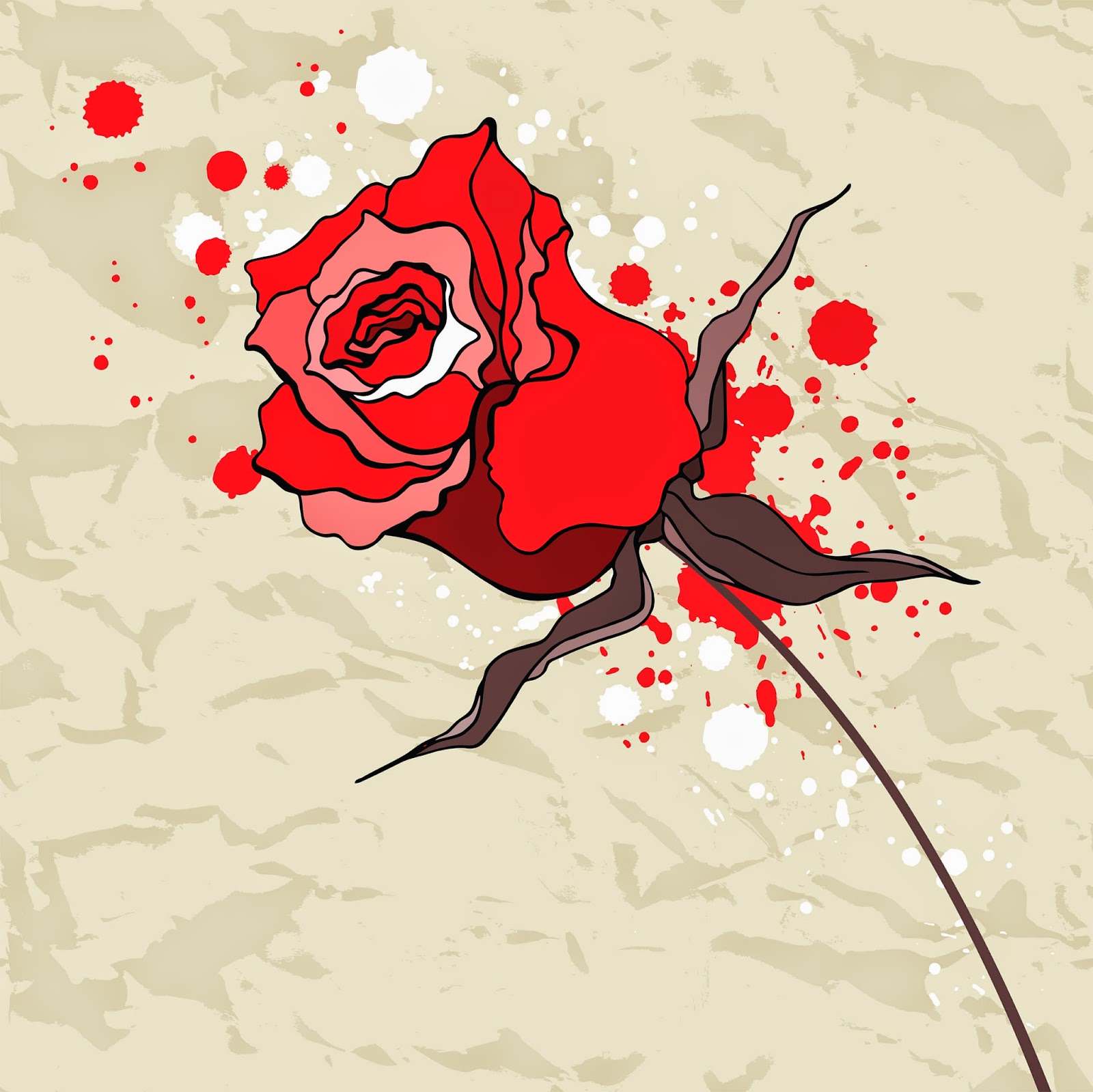 Yes, there is blood running on our streets. The fallacious argument used by the gun rights extremists, particularly the advocates for looser gun permit laws, is just that- fallacious. We are no safer because of the looser laws and there is blood running in our streets and our homes. More guns and more guns carried everywhere equals more carnage. Let's review the July 4th holiday and the week-end shall we?

This one actually happened on July 2nd but I am including it because of it's stupidity. A Georgia man shot himself in the penis while trying to holster his loaded gun. Oops. A trauma surgeon wrote this article for Talking Points Memo:

"Last week in Macon, Georgia, a man was attempting to holster his pistol and accidentally shot himself in the penis. The story quickly became a national one with many blogs and comments focusing on the apparent humor of shooting oneself between the legs. Much hilarity ensued on the Web, particularly after it was discovered that the gentleman had driven himself to a friend’s house before he even noticed the injury.

But clearly, from a public health perspective, this is not funny at all. What's more, Georgia instituted a "gun's everywhere" law today, which expands the places Georgians can carry permitted guns. Now they can appear in bars, schools and even some government buildings.

As an academic trauma surgeon in Chicago, I know the true toll of unintentional firearm injuries in America and see them up close nearly every day. Approximately 15,000 people suffer nonfatal, unintentional firearm injuries each year while 600 people die of them. It is an immense tragedy that more than 100 children die annually of accidental gunshot wounds. These deaths are almost assuredly preventable.

Access to firearms increases the prevalence of gun-related injuries. Perhaps unsurprisingly, a large study from the United Nations surveying 20 countries found that countries with more restrictive gun ownership laws had lower rates of firearm-related deaths. Though this hasn’t been proven to be causal, it is pretty persuasive."

Nothing seems to persuade the gun rights extremists and the corporate gun lobby to come down on the side of common sense when it comes to guns. But there's more.

You may remember that I wrote in my last post about proposed parades of gun toting Americans scheduled for July 4th. Plans to show up at the typical family Fourth events with assault rifles and openly holstered guns apparently didn't go so well. This Virginia event only drew 2 people. Maybe the idea of strutting down the streets where children are watching floats, marching bands, candidates passing out candy and other parade participants is just not that popular. And further, considering the above article, what could possibly go wrong?

Dallas police received a lot of complaints and reports about people firing their guns into the air or just firing their guns over the Fourth of July holiday. Luckily, no one was injured. The gun extremists must believe that what goes up does not come down. They are wrong, of course. But common sense just doesn't occur to these folks.

A Nebraska 12 year old was shot "accidentally" over the holiday but seems to be recovering:

Paige, who finished sixth grade at Belmont Elementary in May and is set to go to Mickle Middle School next year, said she was lighting fireworks in front of a house at 2348 S. 35th St. at about 10:40 p.m. Friday when she went back onto the porch to get a glass of water before she and her dad left.

“I screamed because I saw blood,” she said.

The gun hit the ground, fired and a bullet hit Paige in the middle of her back before going out her right shoulder, Davidsaver said.

Her dad, Brian Meyer, stood less than 10 feet away when the bullet tore into his daughter’s back, went through her lung and out her right shoulder. He said he thought it was a firecracker at first, but realized what happened within three to four seconds.

The gun rights folks say these are just careless folks. Indeed they are. But there are so many of them that that argument doesn't hold water any more. Too many people are careless with guns. Guns are dangerous weapons designed to kill other people. There should be stronger laws regarding who gets them, who gets to carry them, where they can be carried, and a training requirement before every joe blow buys a gun and carries it around with him.

Are there more where these came from? Yes. An 11 year old Alabama boy is dead after finding a gun at a friend's house which "went off" and shot him in the eye. From an article:

It's a heart-breaking July 4th for a Midfield family. An 11 year old is dead after what his family says was an accidental shooting. 11 year old Christian Jones was playing at a neighbors house when somehow the two boys found a gun.  It went off and hit christian in the eye. He died the next day.

"Every year my family has a Fourth of July get together where we eat, we laugh, we talk. It doesn't feel like that anymore - and we are," Matricia Jones, Christian's Aunt said. "We're missing something."

Number 81 - a star football player for the West End Panthers. Christian Jones had just finished the fourth grade at Midfield Elementary - enjoying the summer with his two older brothers and cousins.

Matricia Jones last saw her nephew just minutes before he was shot.  She said he went over to play at a neighbors house. The next thing she heard...

Heartbreaking is right. And also becoming the norm in America. We can do something about these kinds of incidents but we don't. But I digress. An argument involving 2 guys bumping into each other turned into a shooting of 7 people in Indianapolis.

Senseless. But when people carry guns around with them everywhere they go, this is the result. And here is an article summarizing the July 4th carnage, including the Indianapolis shooting ( above): From the article:

Meanwhile, at a music festival in Houston, Texas, authorities say six people have been injured in a shooting.

Silva says two women were hurt after people panicked and began to flee. She says the shooting victims were taken to hospitals, and one man is in critical condition. There have been no arrests.

The Chicago Tribune reported that at least 21 people were shot overnight, bringing the total number of people shot in the city since the three-day weekend began on Thursday afternoon to at least 36.

Three of the incidents involved police shootings, the Tribune reports.

Though Illinois and Chicago have strong gun laws, shootings are still happening in the large urban areas. Guns come from outside of Chicago and the state of Illinois where the gun laws are looser and get trafficked.  If Congress would Finish the Job and pass a bill to require background checks on all gun sales, some of this would be stopped. But we aren't even trying to solve the problem.

It's time to think long and hard about our nation's public health and safety problem. The Fourth of July is a national holiday celebrating our country's freedom and independence. But we are certainly not free from gun violence. What kind of country do we want? The majority do not want what they are seeing in their daily news feeds. Children and families deserve to be safe in their homes and in their communities. Easy access to guns is making that a difficult thing to expect. We can have safer communities if we decide to work together with diverse groups to help solve the problem. Please join with me and others working on gun violence prevention and raise your voice to your elected leaders to tell them you are tired of this daily carnage.

A woman was hit by a stray bullet during a July 4th celebration in Missouri:

A woman was shot in the face by a stray bullet while celebrating Independence Day after someone fired a gun into the air in High Ridge.

“I just felt this baseball bat type thing hit me in the face,” said Jan Brewer.

Brewer says she was celebrating with her husband when she was hit in the face with what she thought at the time were fireworks. It wasn’t until she went to a local hospital where X-rays confirmed a bullet was in her cheek.

According to Brewer and her husband, no one in the area was using any guns. They think the bullet likely came from far off where it was possibly shot in the air to celebrate the Fourth of July.