To be armed or not to be armed, that is the question 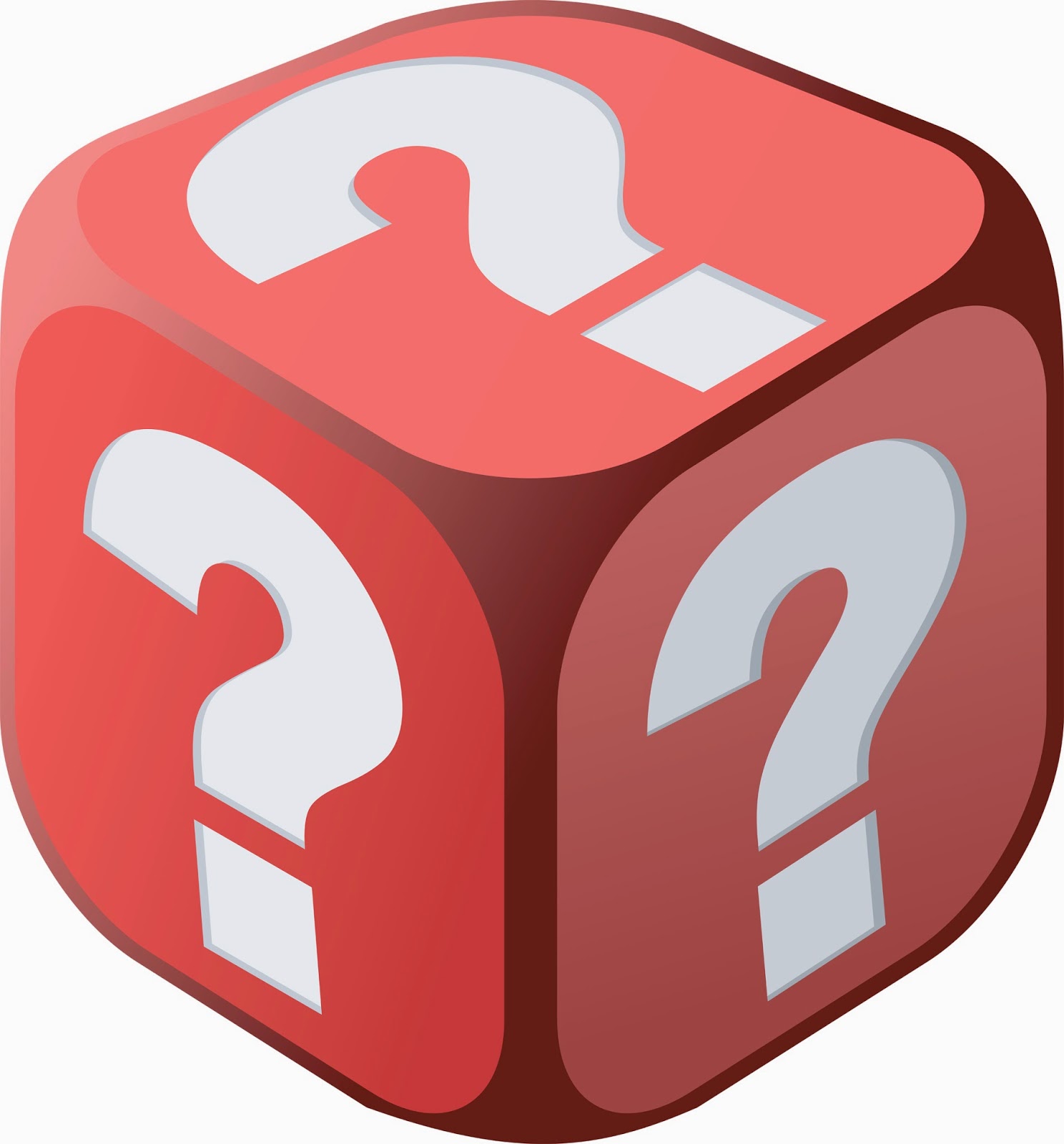 Yesterday, one of my readers suggested that people with arms were important to the discussion and that I should just get to know them and there would be "immediate agreement". I hope he is right. I do know many people with "arms" actually and they happen to agree with my point of view. Polling shows that most gun owners and even a majority of NRA members want background checks on all gun sales. So if this is the case, why is there not more progress towards passing a background check bill? The answer- the corporate gun lobby and Congress members who are afraid of them. So let's talk about armed citizens.

There are some in the gun rights community who believe that everyone should have a gun. Is that a good idea? I think not. Most of the public agrees with me. Clearly we can do a better job of keeping guns away from those who should not have access to them. That is one piece of the puzzle concerning the proliferation of gun violence in America. There is clearly too easy access to guns and there are almost 300 million firearms in the hands of Americans- some legally purchased, some not. Deciding to arm oneself is an awesome responsibility and also a risk. It should not be done lightly. And hopefully it is for the right reasons. It should be much harder than a roll of the dice to decide whether or not to arm oneself. Guns for self defense and hunting are common. But guns are the cause of over 80 gun deaths a day in America. Therefore, it's time to have a serious national discussion about how to deal with our nation's public health and safety epidemic.

Today I am on my way to Washington DC for a meeting regarding domestic violence and guns. It's an American phenomenon that (mostly) men shoot their domestic partners on a regular basis. Often they take others along, like children or other relatives. And sometimes mass shootings are domestic shootings with the shooter intent on shooting a wife, ex-wife, girlfriend, or partner along with a bunch of others who just happen to be in the vicinity of the shooting. There are more than a few examples of this type of mass shooting.

Milwaukee spa shooting- The shooter got his gun on Armlist.com, an Internet site where many private sellers advertise guns for sale and connect with buyers to sell guns- no background checks required. The shooter could not buy guns from federally licensed gun dealers due to domestic charges. We need to change this. Why? It will save lives lost senselessly.

California beauty salon shooting- 8 lives lost senselessly because of a bitter divorce. The shooter was having some physical problems and his own father had filed a restraining order which had expired. Restraining orders or orders for protection mean something. They mean that a person is doing something to another that is bad enough to require a court to get involved. Guns should not be in the mix in these cases. We need to do something more to get guns away from those with restraining orders and orders for protection. In Minnesota we passed a law that will do a better job of this. Why? It will save lives.

But just yesterday, the Court determined that straw purchasing of guns even by law abiding gun owners for another law abiding gun owner is a federal crime. It is important to know who has purchased a gun so crime guns can be traced. This ruling was a good one for public safety. From the article:

On Monday the high court rejected that argument by a 5-to-4 vote. Writing for the majority, Justice Elena Kagan said that Abramski's reading would completely gut the twin purposes of the law — to keep guns out of the hands of criminals and others who should not have them, and to assist law enforcement authorities in investigating serious crimes.

Kagan noted that according to the Bureau of Alcohol, Tobacco, Firearms, and Explosives, nearly half of its gun trafficking investigations involve straw purchasers. In the first six months of the 2014 fiscal year, there were 42 prosecutions in which the straw purchase violation was the lead charge, and many others in which it was a charge secondary to another crime, according to the Syracuse University Transactional Records Access Clearinghouse.

Kagan said that were Abramski's view of the law to prevail, it would "render the required records close to useless" for aiding law enforcement. "Putting true numbskulls to one side, anyone purchasing a gun for criminal purposes would avoid leaving a paper trail by the simple expedient of hiring a straw," she said.

The Supreme Court made a common sense decision in order to protect the safety of our families and communities and make law enforcement's job easier in solving crimes. Guns are dangerous in the wrong hands and even in the "right" hands sometimes.

I just ran across this article about a man who shot his wife, his two children and then himself on Father's Day. He picked a day of celebration for people like himself to take the lives of innocent people for whatever reason people do this. He had a gun, of course. Guns make it all too easy. Most domestic murders are by firearm. It's easy to kill more than one person with a gun. From the article:

Jernigan's 67-year-old father, Barry, said he last spoke with his son — who went by Chris — on the phone shortly after 1 p.m. Sunday. He said his son wished him a happy Father's Day and told him he planned to hang around the house until he left for work that evening.

While he had helped the family financially, Jernigan said his son didn't talk to him much about family business, adding that he had been in and out of jobs since graduating from Dinwiddie High School in 1997.

"He was the type of person that he figured he could do everything ... he could deal with it. Over the years, that was his attitude," Jernigan said. "I just wish he would have called me."

Jernigan said he couldn't understand what would've led his son to kill his family and then himself, saying he sounded normal when they last spoke.

"I don't know why he took that little baby, that little baby was the world to me," he said. "Seems like something you'd seen on TV, you'd never think it would happen personally."

Were there any warning signs? Was there any way to stop this? Was this father abusing this mother? Was he depressed? Did he have work issues? Was he angry with her for some reason? Was he suicidal? Was there any way to stop this heinous act of violence? The shooter's own father knew there were some financial issues. Perhaps more will be known about the shooter so some questions can be answered. Way too often, these type of shootings are not planned out ahead of time but rather a spontaneous decision to end it all. And when a gun is available, that spontaneous decision becomes deadly.

Domestic shootings are common in America. They shouldn't be. Families should be aware that when there is a difficult divorce or separation, when there has been some physical or emotional abuse, when there are family financial or other difficulties, when there is depression or trouble with alcohol or drugs, when there has been a restraining order or order for protection, guns should not be in the mix. Far too often, when a gun is available it will be used in retribution, in desperation, in anger, in depression. And guns are readily available to those who abuse. Congress has an opportunity to act on keeping guns away from more domestic abusers with a bill sponsored by my own Senator Klobuchar. This is a step in the right direction.

I will be lobbying Congress members to make sure guns are kept from those who have abused, those with restraining orders or orders for protection, those who have stalked a partner, where abuse exists in dating relationships or marital relationships alike. We can do much better at keeping our families safe from devastating gun violence. It's past time for that to happen and it's too late for families like mine and the thousands of others who have been affected by domestic abuse and domestic shootings. It's time for Congress to Finish the Job on Brady background checks and require all gun sales to go through a background check. Dozens of advocates for gun safety reform will be putting our heads together to get this job done. I hope you will join with organizations working on gun violence prevention. Let's get to work.
Posted by japete at 9:31 AM