About stray bullets and other irresponsible gun incidents 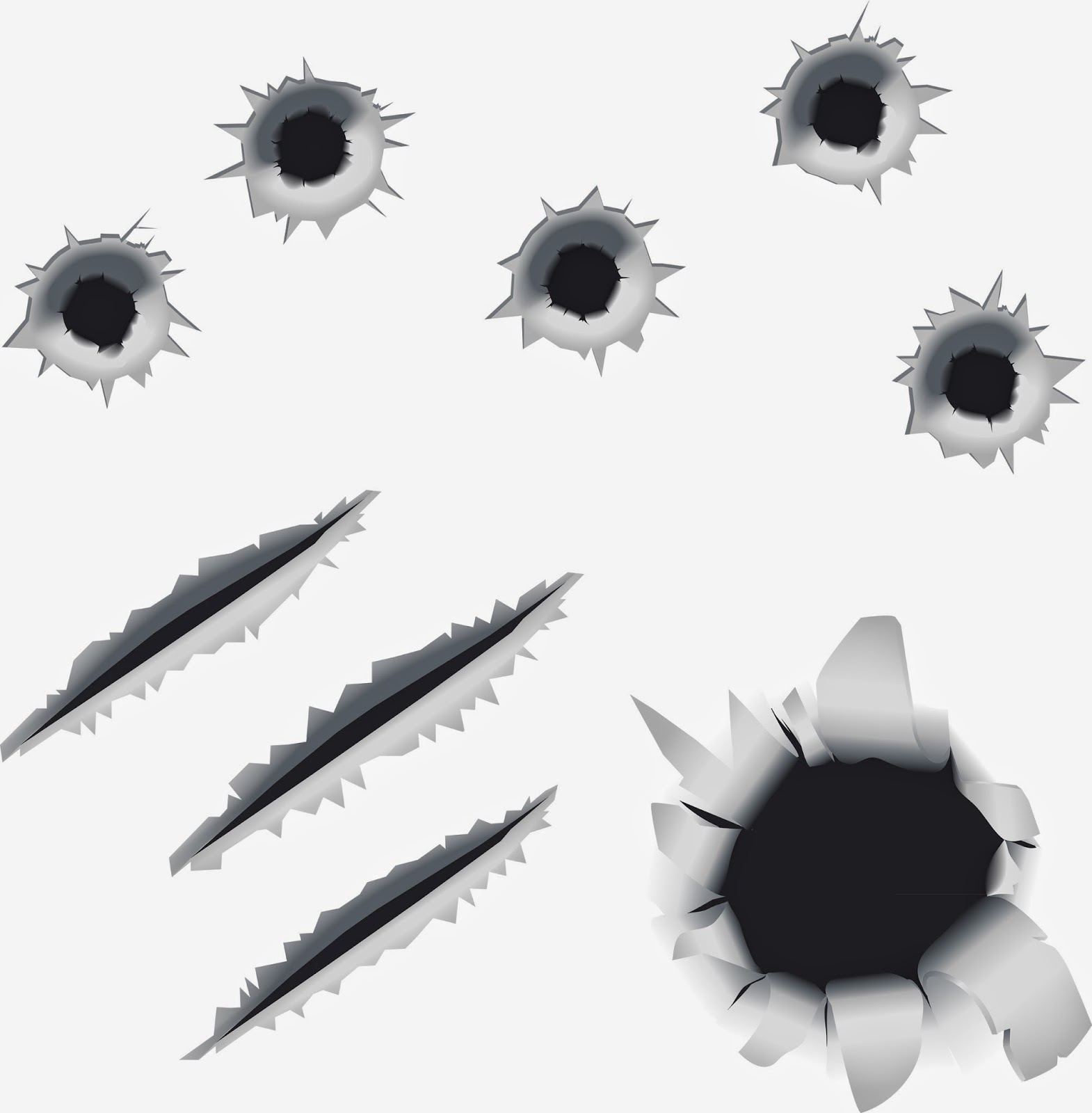 Today is ASK day. Asking if there are unlocked guns in the homes where children play and hang out is a really common sense idea promoted by the Brady Center and the American Academy of Pediatricians. Gun owners need, at the very least, to be responsible enough to know that small children are curious enough to find things they shouldn't have access to. Guns are dangerous. Small children and teens should not be able to find them laying around in homes. I will write much more about this in my next post on Monday when my local chapter will be doing an event to promote the ASK campaign.

I mentioned in my previous post that I went to the nation's Capitol for a summit about guns and domestic violence. It was more than informative. The Center for American Progress, who put on this summit, just released a report about domestic violence and guns. The report points out that known domestic stalkers can still purchase guns legally in our country. More women have been killed by domestic partners from 2001-2012 than all Americans killed in Iraq and Afghanistan. Where is the public outrage about this?

We spent some time talking about this, as well as hearing from former Representative Gabby Giffords and her husband Mark Kelly. As you can imagine, it was inspirational to hear Gabby Giffords speak and urge her former colleagues to sign on to bills to make women safer from gun violence. Though not injured in a domestic shooting, Giffords knows what it is to be shot. We heard panelists speak about their personal experiences with domestic violence.  One woman was raped and shot in the head by her partner who also shot and killed her mother. Too awful to think about but when held at gunpoint by an abuser, anything is possible. Guns are used to threaten women regularly in America. Many Americans own guns. Many Americans shouldn't own or have access to guns. But we have made it far too easy for just about anyone to get access to guns.

As it turns out, most in Congress agree that it's a bad idea for women to be threatened and abused with guns. No one wants to be in favor of women being shot and killed by a spouse, partner or dating partner. Senator Amy Klobuchar of Minnesota, has introduced a bill to add stalkers and dating partners to those who shouldn't be able to purchase or own guns. Several Representatives, including California Representative Lois Capps have introduced similar bills on the House side. Representative Capps spoke to our group before we visited with our Representatives and Senators. The summit attendees visited with Congress members and/or their staffers on the last day of the summit. There is broad support for adding stalkers and dating partners to those who shouldn't be able to get guns if they have been deemed to be threatening and dangerous enough to kill another human being. This one is a no brainer. Similar bills have passed in Minnesota, Wisconsin, Washington state, Louisiana and New Hampshire.(see above article) I was proud to speak about the Minnesota law to make sure women are safer from gun violence.

Speaking of Minnesotans, one of the people who came from Minnesota to this summit was a young man, now involved with Protect Minnesota, who was shot in Chicago at the age of 9 when a stray bullet came through the wall of his house and injured him while he was eating his cereal. His story is not all that unusual. Bullets are flying in the streets of America and injure innocent people every day. Here are several recent incidents:

A young Florida father, just home from the hospital with his newborn child, was shot and killed by a stray bullet that came through the wall of his home. From the article:

A musician, teacher and new father is dead after a stray bullet pierced the wall of his Florida home on Tuesday and struck him in the back of the head. The Panama City News Herald reported that 33-year-old Justin Ayers and his wife were welcoming their 3-day-old baby home from the hospital with relatives when Justin was killed.

The bullet came from the house next door, where 62-year-old Charles Edward Shisler picked up a .9 mm pistol by the trigger, causing it to discharge. When sheriff’s deputies arrived, they found Shisler standing on his porch, although he initially was “belligerent” and uncooperative.

“The damn gun doesn’t usually shoot,” said Shisler, according to his arrest report. “You have to squeeze the hell out of the trigger to shoot it.”

A blood test taken more than four hours after the shooting found that Shisler had a blood alcohol level of .079. The legal limit for driving in Florida is .08.

Shisler told deputies he had tried to pick up the gun by its trigger. After the gunshot, he said, he hastily tried to hide the weapon under his mattress.

Deputies arrested Shisler and charged him with manslaughter and for being a convicted felon in possession of a handgun. He had a previous felony weapons conviction from 2006, according to the Herald News.

Guns are dangerous but are way too often treated casually by those who own them. Guns and alcohol don't mix. With rights come responsibilities but in America the corporate gun lobby wants everyone to own and carry guns everywhere. When this is the casual attitude towards guns, incidents like the tragedy above will continue. Until the message gets out loudly and clearly that guns in homes are more at risk to their owners or someone they love or know than they are to protecting themselves from harm, these terrible incidents will continue. A young man is dead. His newborn son will never know him. His family is devastated as are his friends. The man who shot this new father will now have to pay for his stupidity and his family will suffer.

There has been another "accidental" and irresponsible gun discharge at a Walmart. A North Carolina gun owner brought his loaded gun in his pants pocket into a Walmart store. Why do people need guns in Walmart stores anyway? No one was injured- luckily for the irresponsible gun owner. A senseless tragedy could have occurred. This is the American gun culture gone wrong.

There are many more where these came from but you get my point. Last, but not least, is this New York Times editorial about the increasing phenomenon of irresponsible gun owners trying to bring their guns onto airplanes. From the article:

The steady rise in guns at airport security shows that T.S.A. screeners, apart from looking out for bottles of shampoo, defend airplanes from actual weapons. It is also a vivid indication of the normalization of casual gun-ownership. Airports in states with lax gun laws tend to have the highest incidence of firearms at checkpoints.

Hartsfield-Jackson International Airport in Atlanta topped the 2013 list with 111 guns intercepted, followed by the main airports in Dallas/Fort Worth and Houston. Surprise, surprise: When legislatures send the message that guns are acceptable just about everywhere, people bring them just about everywhere.

T.S.A. officials say that offenders don’t necessarily have ill-intent; most claim they just plain forgot they were carrying weapons. And that’s part of why these statistics are so unsettling. Packing a gun in a carry-on shouldn’t be as unmemorable as packing a hair dryer, especially if that gun is loaded, as is the case with about 80 percent of all firearms intercepted by the T.S.A. Even the National Rifle Association agrees that gun owners should keep their guns unloaded until they’re ready to use them.

To say the least, this is stupid and dangerous. If the corporate gun lobby agrees that gun owners should keep their guns unloaded until ready for use, why don't all of those gun owners who have been encouraged by the very same gun lobby, listen to common sense? In America, this casual gun ownership has led to far too many tragedies. The conversation about guns and gun violence needs to address a gun culture gone wrong. The recent mass shootings at Isla Vista and Las Vegas has opened up the eyes of Americans and our Congress members to a subset of Americans who own guns, not necessarily for self protection or hunting, but to attack innocent women, children and law enforcement officers for some sort of twisted views about the world.

Enough is enough. As Richard Martinez, father of slain Chris Martinez in the Isla Vista shooting said, "Not One More." Martinez has taken a 6 month leave from his job to work for sensible gun laws and call attention to the crass and dangerous gun policies prevalent in America that are leading to senseless gun deaths that are affecting far too many Americans.
Posted by japete at 8:35 AM