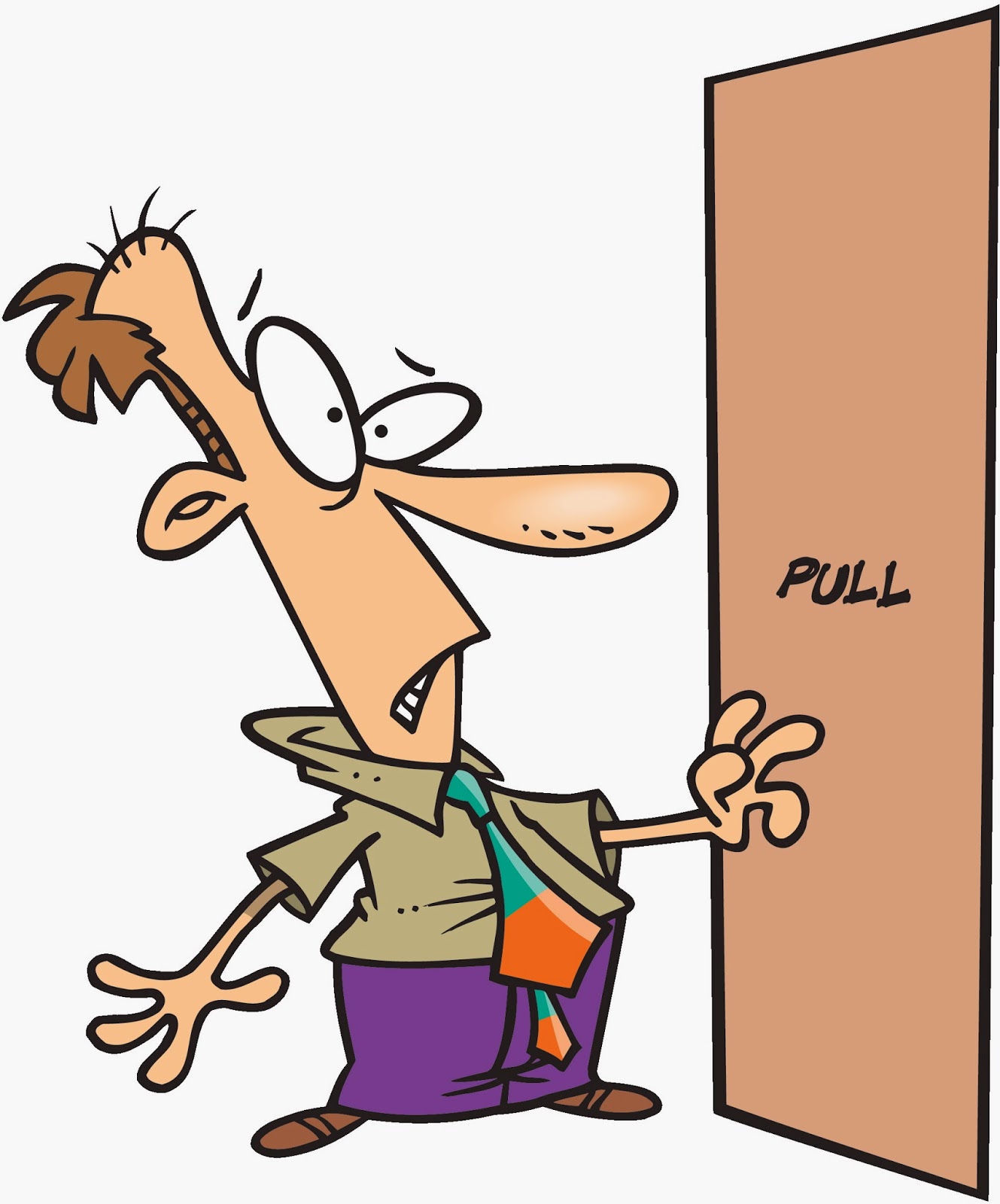 The recent stand-off between the NRA leadership and Texas Open Carry has led to some pretty interesting problems for the gun rights extremists. In combination with two recent campus shootings, the issue of guns and gun violence has been much in the news. A recent episode of the Daily Show with Jon Stewart points out the conundrum for the corporate gun lobby. See it here from this video:

I have had some conversation on this blog with a few gun rights advocates who tell me that I have no right to feel intimidated by them when they openly carry their guns in public. After all, they are the good guys, remember? My response? If I feel intimidated and frightened by their guns, that is my right and it makes common sense. The notion that citizens in a democratized country not at war walk around with loaded guns holstered on their hips or assault rifles hanging from their shoulders should be frightening. And the idea that others should just get used to this is not only ludicrous and crazy, it's dangerous. If Stewart's analogy is correct, one could easily see what happens next. Based on the illogic of the Stand Your Ground Laws, someone might have a reason to believe their life is threatened by one of these "good guys" with guns and decide that they should shoot said person to save their own life or that of others around them. Isn't that what the gun lobby is saying here? If you see another armed person you might feel threatened by that person and you should be able to shoot first and ask questions later.

Hoist by one's own petard. And no wonder the NRA had a moment of common sense when a statement was issued on the NRA website criticizing the Open Carry Texas group for looking weird and even telling the truth when they said:


Let's not mince words, not only is it rare, it's downright weird and certainly not a practical way to go normally about your business while being prepared to defend yourself. To those who are not acquainted with the dubious practice of using public displays of firearms as a means to draw attention to oneself or one's cause, it can be downright scary. It makes folks who might normally be perfectly open-minded about firearms feel uncomfortable and question the motives of pro-gun advocates.

Wow. But then, reality hit the NRA's leadership and they didn't stand their own ground in the face of the armed good guys in Texas. They walked back their original statement and now say they support the groups who are weird and impractical in their efforts to show off their weaponry and force their presence into places where no one wants them. From the editorial above:


Someone might want to let Gov. Rick Perry know that it's not just taxes and regulations that can keep businesses away or discourage investment. Call us crazy, but it's just seems to be unsettling to most people to find out their local chain restaurant has taken on all the charm of Crimea under siege. That's not a bad business climate, it's a bad living climate.

The Open Carry weirdness is forcing us to have a much needed conversation about what kind of communities we want. The general public is just not on board with the idea of assault rifles where they shop, eat and do business. And business owners are caught in the conundrum of not wanting the guns inside but having to follow the lax gun carry laws mostly written by gun lobbyists and passed by their state legislators. That is where this argument needs to be happening. It's the elected leaders in states all over America that have brought us this conundrum. They have to own this now. If openly carried guns inside of businesses are offensive to customers, let those business owners take their complaints to the folks who made this all possible.

The guys with the guns make the rules, remember? Is this what we want for our country? From the link, here is the NRA's own Wayne LaPierre with his ludicrous statement about what he has decided the "founding fathers" meant by the second amendment:

I suggest to my readers that this interpretation of the second amendment by the corporate gun lobby is not at all what the "founding fathers" had in mind.

Meanwhile, back to reality. I have written already several times about the Isla Vista shooting and the brave father of one of the victims, Richard Martinez, changing the conversation about the gun culture in America. On the heels of that campus shooting comes the shooting at Pacific University in Seattle this past week. And based on the illogic of the NRA's own Wayne LaPierre, a "good guy" with a gun was not needed to stop the shooter when he stopped to reload his gun. ( And speaking of which, what would have happened if this shooter had had a high capacity magazine in that gun and hadn't stopped to reload?)  But anyway, what stopped this shooter was a brave good guy with pepper spray. No gun required. The action of the young man who stopped the shooter allowed the police to arrest yet another troubled man with a gun before he managed to shoot himself as so often happens in these type of shootings. Now he will be held accountable for his actions.

And while all of the attention has been on the Open Carry movement and several campus shootings, the everyday shootings have continued unabated. Again, I give credit to Joe Nocera of the New York Times for keeping track of the shooting incidents all over our country in his Gun Report. Here is the most recent edition. It is the usual collection of shootings of children, stray bullets, domestic shootings, arguments resulting in death that, without a gun, may have ended with some injuries and an arrest, family feuds, accidental discharges by legal gun owners, suicides, shooting at people in cars and in parking lots, etc. It's just another day in America.

The thing is, we can do something to stop some of the shootings. We can pass a law to require background checks on all gun sales, for example. We need to do a better job of cracking down on illegal gun trafficking. Talking more about the risks of guns in homes and getting law abiding gun owners to safely secure their guns can prevent some accidental shootings, suicides and stolen guns. And generally changing the conversation about the role of guns in American culture where the gun deaths are the highest of democratized countries not at war is crucial. This is not the America we want or deserve. I just know we are better than what we have now. Most Americans agree with me and want change to happen. Even in Texas where the Open Carry movement is weird, 85% of Texans want background checks on all gun sales. That's just common sense. Perhaps they want to make sure that all of those folks openly carrying actually are law abiding for how are we to know unless we make sure everyone has a background check?

Let's get to work and make that change happen.

The observations about the NRA's conundrum with Open Carry keep coming. This one was a blog written in the New York Times. From the blog post:


Has the National Rifle Association spawned a movement it can’t control, more radical than the radicals and ultimately self-destructive? (...)

The N.R.A.’s relationship with Open Carry Texas is beginning to look rather like that of the Republican Party to the Tea Party. Republicans, at least, will sympathize with the N.R.A.’s need to walk back reasonableness. On immigration, taxation and countless other subjects, the Republican establishment has tried to stake out right-wing but somewhat realistic positions, only to hastily retreat back to the fringe for fear of losing the Tea Party.

Open Carry Texas seemed unimpressed by the N.R.A.’s gesture of submission. C.J. Grisham, the organization’s president, told The Wall Street Journal on Thursday that the N.R.A.’s initial statement was “ignorant” and noted that he’d received no direct apology.

(...) As the now-removed N.R.A. statement noted, “the dubious practice of using public displays of firearms as a means to draw attention to oneself or one’s cause“ is “counterproductive for the gun owning community.” That’s not just speculation; it’s backed up by the evidence that, after open-carry demonstrations, “two popular fast food outlets” requested that patrons “keep guns off the premises.”

Yup. Even the NRA understands, or should I say understood, that open carry displays are not popular amongst the general public.
Posted by japete at 9:20 AM