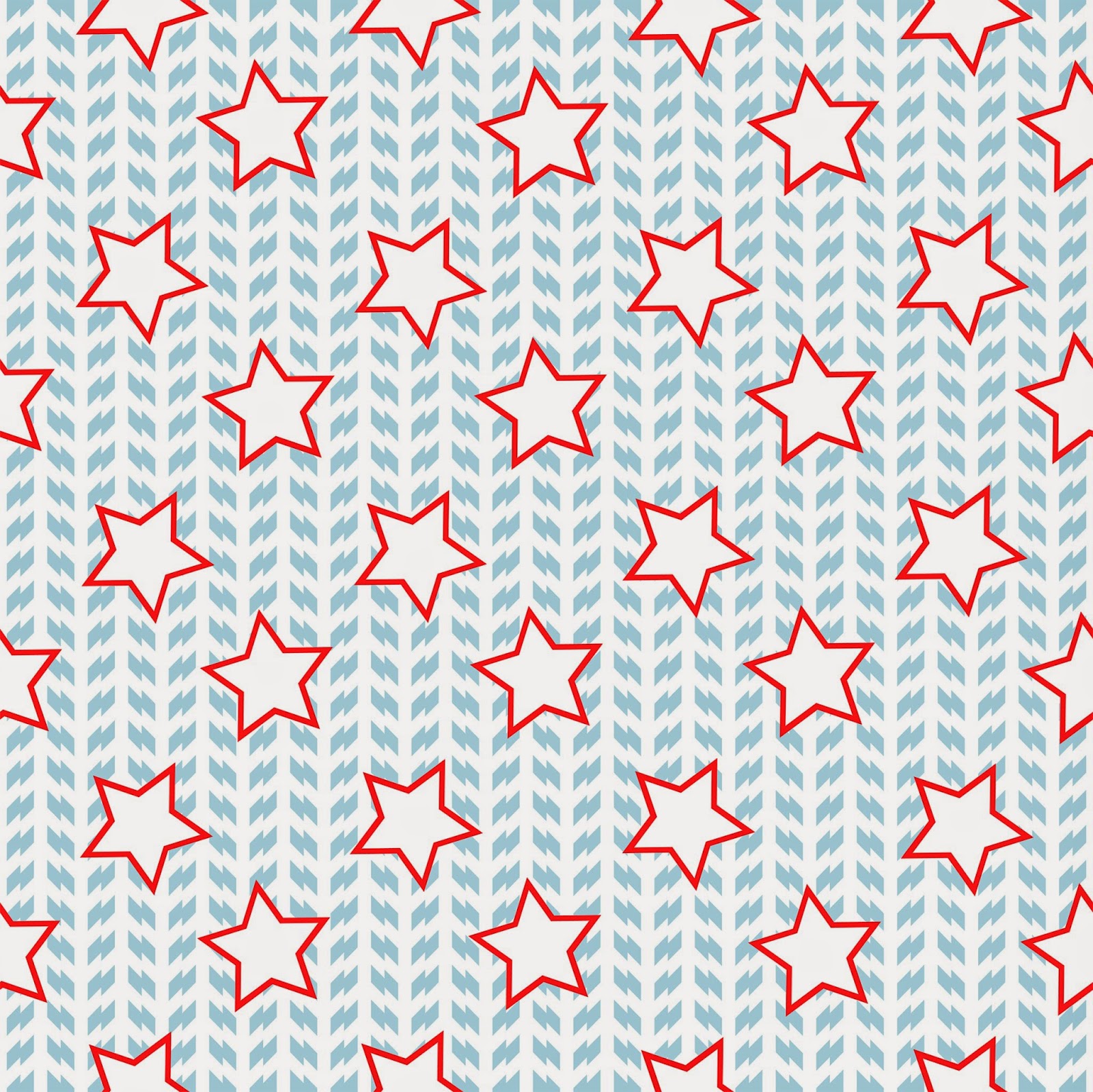 Another Memorial Day is upon is. In my neck of the woods, the weather has finally turned summer-like with temperatures expected to be in the high 70s and even into the 80s. Hallelujah!!! We have waited an awful long time for this kind of weather. We know the history of Memorial Day. It is officially about remembering veterans and military members who have lost their lives while serving our country. It has turned into a national holiday and families take the time to go to the cemetery to place flowers or other remembrances on the graves of loved ones who have died. My Dad was a World War ll Veteran. My brother is a Viet Nam Veteran. I have written before about his struggles with PTSD, alcoholism, and now Parkinson's Disease. We need to remember those with these kinds of struggles as well on Memorial Day and every day.

So we are in the midst of a scandal about the health care services for veterans from the VA system. I have to say that the mental and physical health care my brother received, and still receives in Minnesota has been stellar. He did not have to wait long to get his benefits nor his care. We have appreciated that. But other parts of the country are experiencing problems that need to be fixed. Large health care systems are complicated and difficult and need to be monitored for sure. Let's hope this situation will be fixable and fixed so that veterans receive timely care. It is unacceptable that some have died because of lack of access to the system.

That said, there are other problems with veterans- concerning guns and suicide. The number of suicides amongst veterans and serving military members is very high. From this article:

Naughton calls the incidence of veteran suicide, and lack of attention, scandalous.

“If we were losing 22 a day in Afghanistan, there would be a half-dozen congressional investigations, three division commanders would lose their jobs, and the American people would demand immediate action,” he said.

Jack Hammond, the retired Army brigadier general who runs Home Base, the Red Sox-Massachusetts General Hospital partnership that treats vets and their families, says veterans between the ages of 18 and 24 are four times more likely to kill themselves than their civilian counterparts. Of the 8,500 members of the Massachusetts National Guard, six have committed suicide in the last 18 months, and those numbers might be worse if not for Home Base and some good state intervention programs.

“The public needs to know these stories,” Hammond said.

Magoon, Naughton, and Hammond believe most people would back measures to reduce suicide among veterans if they knew more about it.

Here is another article about the suicide epidemic amongst veterans and military members. From this article:

The Fort Hood shooting is an extreme and shocking example of what has become a chronic concern for the military: soldiers with mental-health problems taking their own lives.

And it's not just the active-duty military who face what has become an increasingly daunting problem.

At least 22 veterans commit suicide each day, according to the Veterans Affairs Department. This adds up to more than 2,000 veterans killing themselves so far this year alone, and the military community is facing what advocates refer to as a suicide epidemic.

Will we do anything about this scandal? In fact, the corporate gun lobby has tried to stop the military from talking to returning military members about guns. Yes, it's true. Let's take a look from this 2012 article:

Last year, the National Rifle Association successfully lobbied Republican legislators to include in the annual defense authorization bill a measure barring commanders from collecting information about troops’ personal weapons. The law was widely interpreted to mean that commanders could not ask about the weapons or suggest they be stored elsewhere. The NRA said it was defending Second Amendment rights.

“I think it’s ridiculous,” Chiarelli said. “Nobody was infringing on anybody’s Second Amendment rights. We weren’t going to go out to their house and confiscate weapons.”

Last week, Chiarelli was joined by more than a dozen senior retired generals and admirals who sent a letter to Congress to amend the law they said “dangerously interferes” with the ability of commanders to help troops, according to The Washington Post. “The law is directly prohibiting conversations that are needed to save lives,” the letter said.

Sen. John Kerry, D-Mass., was trying to add language amending the law to the Senate version of the 2013 National Defense Authorization Act bill, the Post reported Monday. The House version of the bill that amends the law has already passed, the Post said, and authorizes mental health professionals and commanding officers to ask servicemembers about firearms and ammunition when they believe them at risk for suicide.

Legislators have said that this year they’ll clarify the law so that commanders, as well as other “gatekeepers” such as chaplains and doctors, are allowed to discuss weapons if they have “reasonable grounds” to believe the person is at high risk of committing suicide or harming others. There has been movement within the Defense Department to suggest voluntary means restriction to troops.

Sad and inexcusable. The gun lobby is standing in the way of saving lives. Not only is it standing in the way of saving lives but it is encouraging the risks that come with more guns everywhere. Just this week, Congressman Louie Gohmert, obviously bought and paid for buy the gun lobby, tried to get an amendment to the National Defense Authorization Act, to require military bases to allow guns to be carried by service members on base. Many of us on the side of gun sanity/reform, objected loudly and he must have "heard" us. He dropped his amendment in a rare show of common sense. Really. After the most recent shooting at Fort Hood and the 2009 Fort Hood shooting as well as the Navy Yard shooting, what was he thinking? Guns everywhere is simply not the answer to the shootings in our country.

Guns are frequently used by military members to commit suicide. From an article about this:


Researchers found that the risk of firearms in suicidal behavior was significantly higher among those with military experience regardless of gender and age. The authors explain this observation by the availability, familiarity, and acceptability of firearms as decisive factors in the choice of guns as a suicide method among veterans. Researchers also found that the rates of firearm suicide for the youngest male and female veterans were higher relative to other age groups. Although this study has some limitations, it clearly shows the heightened risk of firearm use among suicidal veterans. Previous studies have shown that suicidal veterans are more likely to own a firearm than their nonsuicidal counterparts, and veterans are also more likely to use a firearm to commit suicide compared to members of the general population (2-5).

So why not do something about this? It's time for the corporate gun lobby to step aside and let changes happen that can lead to fewer military gun suicides. If we truly care about our veterans we will look objectively at the data and deal with the problem. This has nothing to do with the second amendment or rights. This has to do with saving lives.

And speaking of saving lives, those of us on the side of gun safety reform have been talking for years now about the need to require background checks on all gun sales. The gun lobby says it won't work. Not that we didn't already know this but it seems as if this fact has to be overemphasized to make the point that background checks DO work. A new report from Everytown for Gun Sense shows that when more mental health records are sent to the FBI's National Instant Check System, more people are stopped from buying guns. Making it harder rather than easy for someone with mental health problems to get guns only makes common sense. From the linked report, above:

"Closing the Gaps shows the distance states have traveled in the last two years. Since November 2011:
But a handful of states must still take action to put laws in place and submit their records to the system."


This is good news, of course. The only problem is that we know that those with mental illness can still get guns through sellers who don't require background checks for buyers- in other words, private or unlicensed sellers. We can do something about this if we our politicians speak up and do the right thing. And you can do something about this by asking your Representative and Senators to Finish The Job on Brady background checks.

So on this Memorial Day week-end, stay safe out there. I refer often to Joe Nocera's The Gun Report in which he chronicles the daily gun deaths and injuries of Americans from media sources all across our country. It's sobering for sure. Many Americans will not get to celebrate this upcoming holiday. Or if they do, it will be without a loved one lost to gun violence. That is just not OK. We all know that shootings will not take a holiday on Memorial Day. And we all deserve to be safe in our homes and on our streets from the devastating violence that affects families too often. Let's get to work to make changes to the conversation about our laws and our culture.

It didn't take long before the Memorial Day week-end turned violent. A young man, who appeared to have some mental illness, opened fire in a California college town, killing 7, including himself, and injuring 7 more.

Senseless. Is this the America we want or deserve? I say NO.