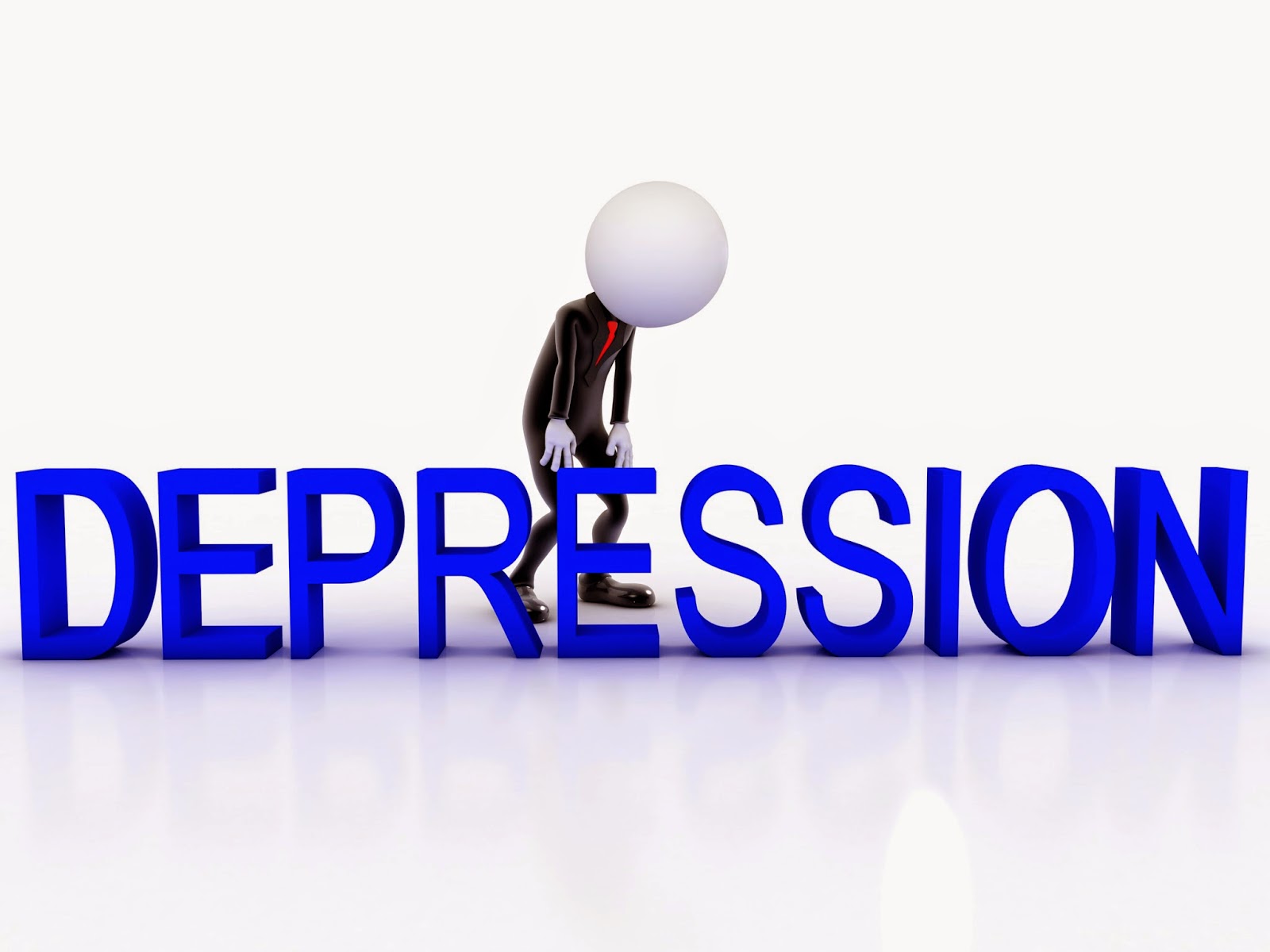 Well, it's happened again. Fort Hood is the site of a second mass shooting. Four are dead, including the shooter, and 16 injured. How can we all not feel depressed. We could be in denial because it is downright depressing to watch the national news coverage of yet another mass shooting and hear about the shooter's problems and about the dead and the injured. Depressing. From the article:

"A shooting at the Fort Hood military installation in Texas left at least four people dead, including the gunman, and more than a dozen were injured, according to authorities.

Lopez, 33, of Kileen, Tex., was wearing an Army uniform at the time of the shooting, Michael McCaul (R-Tex.), chairman of the House Homeland Security Committee, told reporters.

Four people were taken to Scott and White Memorial Hospital in Temple, Tex., and another two are being brought there, said Glen Couchman, the facility’s chief medical officer. Their injuries that “range from stable to quite critical,” he said."

The shooter was under diagnosis for PTSD and had some identified mental health issues:

"The alleged shooter was on medication, was receiving treatment for depression and anxiety, and was being evaluated for possible post-traumatic stress disorder, Milley added.

"He was not diagnosed as of today with PTSD. He was undergoing a diagnosis process," Milley said.

"There are reports that he self-reported a traumatic brain injury."

Milley added that the alleged gunman was married with a family and served a four-month tour of duty in Iraq in 2011. He was not believed to have been wounded in action."

Can we talk about the access to guns for military members who are having mental health issues? Suicides are running high amongst military members though it appears that some of the efforts at suicide prevention are working. According to this article about half of military suicides are committed with personal weapons. Most studies about suicide conclude that guns are the most commonly used method for suicide. They are quick and easy. But I digress. What is the military doing about counseling their members about the risks of guns for suicide? From the article:

The issue is a thorny one for the Pentagon. Gun rights advocates and many service members fiercely oppose any policies that could be construed as limiting the private ownership of firearms.

But as suicides continue to rise this year, senior Defense Department officials are developing a suicide prevention campaign that will encourage friends and families of potentially suicidal service members to safely store or voluntarily remove personal firearms from their homes.

“This is not about authoritarian regulation,” said Dr. Jonathan Woodson, the assistant secretary of defense for health affairs. “It is about the spouse understanding warning signs and, if there are firearms in the home, responsibly separating the individual at risk from the firearm.”

Dr. Woodson, who declined to provide details, said the campaign would also include measures to encourage service members, their friends and their relatives to remove possibly dangerous prescription drugs from the homes of potentially suicidal troops.

In another step considered significant by suicide-prevention advocates, Congress appears poised to enact legislation that would allow military mental health counselors and commanders to talk to troops about their private firearms. The measure, which is being promoted by the American Foundation for Suicide Prevention, would amend a law enacted last year that prohibited the Defense Department from collecting information from service members about lawfully owned firearms kept at home.

Of course the gun lobby would be against anything that may actually remove guns from a dangerous and risky situation. In fact, in 2011, an amendment to a defense authorization bill prohibits officers from asking about whether a veteran ( even if at risk for PTSD or other mental issues) has a gun. Really bad idea. But hey- anything to make sure everybody has a gun- public safety be damned.

My brother has PTSD and suffered from alcoholism. This was a bad combination. When he went away to a Veterans' Hospital for treatment, we temporarily removed his guns from the home where he had been living with my mother. We discussed it and he agreed with this decision, knowing it was for the best for him. Now that he has been treated and is receiving the services he needs to support his diagnosis and other disabilities he suffers, his guns are in his home again. I do have continued concern about this, however, given his vulnerability and his disabilities. I heard a retired military general say today that guns and serious mental health problems should be mutually exclusive. Of course, that just makes common sense. Many of our nation's mass shootings have been committed by people with mental illness- sometimes undiagnosed and untreated.

Last month was the first month in 11 years that the U.S. military suffered no casualties from war. This is great news given the last decade of casualties in Iraq and Afghanistan. I watched the news conference last night at Fort Hood. Several questions were asked about whether military members should be allowed to carry concealed weapons on the base. The commander in charge said he does not support concealed weapons on base. But some reporters wanted to engage him in a debate about this. He refused. For good reason. The idea that having possibly vulnerable military members carrying their own personal weapons around on a daily basis is a recipe for tragedy. The alleged shooter apparently had his own gun with him which he somehow got onto the base in spite of restrictions. Early reports have mentioned that there was an argument. Is this a surprise? Arguments that should not result in someone's death can end that way when a gun is at the ready. It happens every day. Just read The Gun Report by Joe Nocera in the New York Times. If you read this carefully you will also notice that many of the gun deaths are the result of careless handling of a gun, unsecured guns in homes, stray bullets and suicide. Guns add to the risk in our lives.

When our military members are less safe on American bases than when they are in combat, we have a problem. The first Fort Hood shooting was a wake-up call. And check out the beginning of the linked Wikipedia entry: "This article is about the 2009 shooting at Fort Hood. For the 2014 shooting, see 2014 Fort Hood shooting." Depressing.Then came the Navy Yard shooting. More tragedy. And last week, a shooting on a Naval ship in Virginia.

The discussion about the shooting has been interesting today. Much of it has been about the easy access to guns. But some of the talk has already gone to allowing people to defend themselves on bases with their own guns. Naturally the pro gun folks have the false notion that if only someone had had a gun, he/she could have stopped this shooter. True, the person who stopped the shooter yesterday at Fort Hood was an armed military security guard. That was her job. And it only happened after 19 people had been shot and then the shooter turned the gun on himself. I want those same folks to imagine what it would have been like if other armed people on the base had started shooting bullets. How would the security guard know who the original perpetrator was? How many others would have been shot in a shoot out involving other armed people? The shooter shot a few people, then got in his car and drove to a different spot on base. How do you deal with that one? How to stop him not knowing where he was going? And the element of surprise always figures into shootings. Adding more people armed with guns into the mix would have made it a battle scene right on the base....Oh right, it was.

The base commander who spoke last night at the press conference understands what a bad idea it would be to introduce more guns on a large military base. Common sense tells us that introducing more guns into a tense situation would not end up in a good way. More guns do not make us safer. In fact, since we have more guns and also more gun deaths per capita than any industrialized country not at war the opposite is true. It's time to have a serious discussion about mental health issues and military members. And we must talk about how to keep these folks from easy access to guns. As more information comes out, we will find out where this shooter got his gun and whether or not he was a concealed weapons permit holder.

Not all seriously mentally ill people are dangerous and violent. Not all violent people are depressed or anxious. Not all people with PTSD are at risk for violent behavior. But we know that some are. We all most likely have family members or friends with depression. When treated successfully, these people live normal lives. They may or not have guns. They may or not be hunters. And most of them don't kill anyone. It is incumbent upon us to deal with this problem because if even a few of these people slip through the cracks or escape our attention, 4 people, or 13, or 20 or 32 can be dead in an instant.

News reporters are asking, "How did this happen?" As with almost every shooting incident, neighbors, friends and family will say the shooter seemed like such a nice guy. He smiled and waved at them. He was kind of quiet. He was a good father, etc. Until the person got a gun and acted on some impulse or some crazed idea in a state of depression or too many drinks. And then it all changed. I wonder when we will stop asking the question and start answering it by doing something about our national public health and safety epidemic? We are all suffering from depression today in the wake of yet another tragic shooting. Depression and guns are a bad combination.

Today I have been hearing the discussion change a bit. I am now hearing media folks, commentators, former and current military people talk about our gun laws. That's good. This needs to happen. A law may or may not have prevented this shooting at Fort Hood. But we all know that we have laws that allow most anyone to buy guns and carry guns and bring them around to public places. The shooter apparently had his gun in his vehicle and drove it from one spot to another, shooting people as he went. Why did he have his gun in his car? Because it's perfectly legal for people to have guns in their cars. Our gun laws allow it and our culture has come to expect and accept it. That is the more serious problem with this incident and the ones that have come before it and will come after this one. For there will be another. And there are 80 gun deaths a day that don't make the front pages. We need to be paying much more attention to what is happening before our very eyes.

Haven't we had enough of this? It's past time for a change. And it's time to talk about every and any solution so we aren't having this loop of news stories about mass shootings. Let's get to work and make that change happen.