Divesting of gun crazy- unloading for a safer future 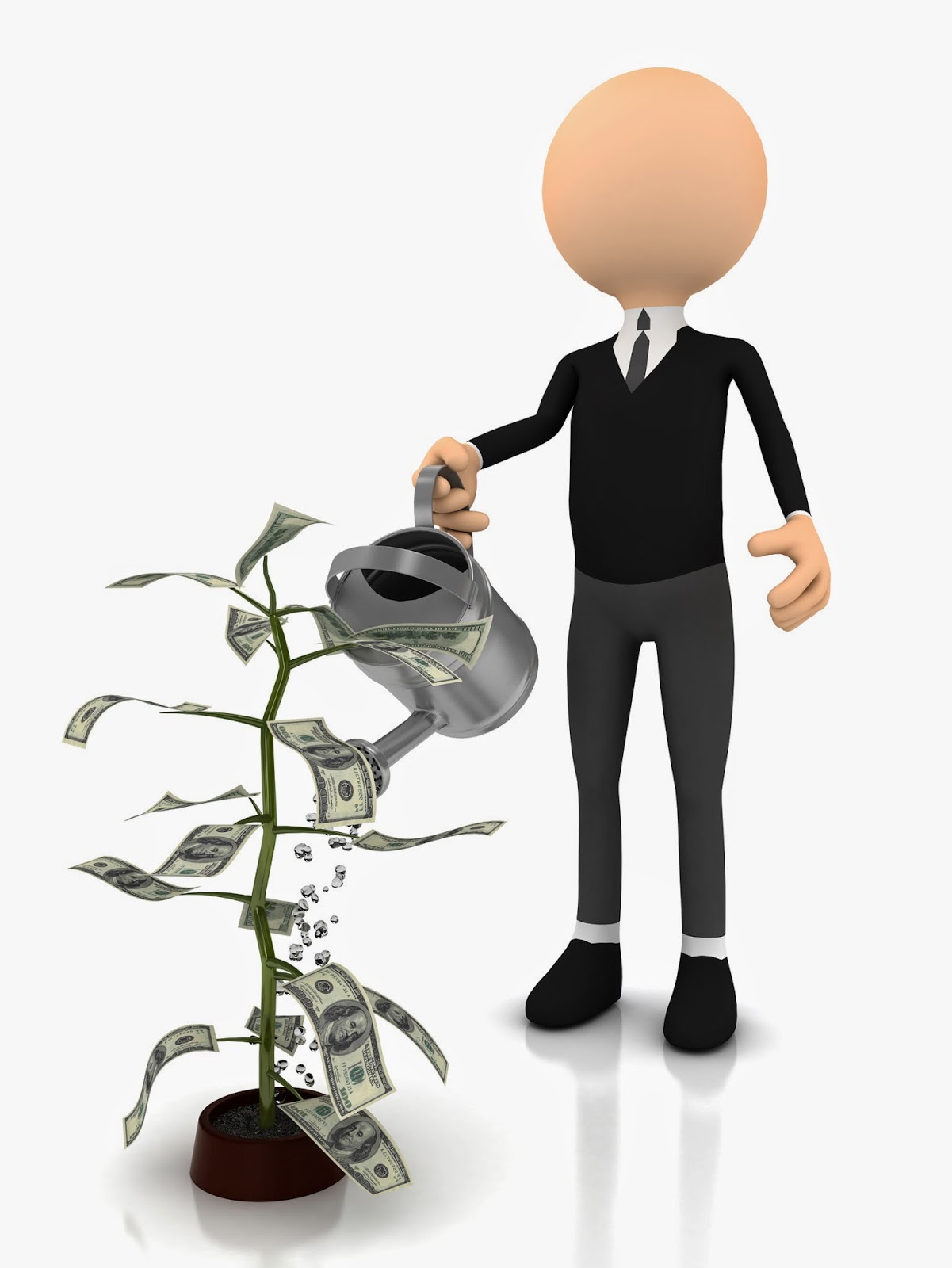 Did you know that the big gun manufacturers are joined with the gun lobby in a huge money making venture? This is the corporate gun lobby. They profit while the families of gun violence victims lose. Nothing about this makes any common sense. What we need is a responsible gun industry and responsible gun owners. But the gun industry, along with the gun lobby's leaders and lobbyists fight against any measure that would save lives while taking in huge profits. We can change that by thinking about how we invest our retirement funds. You can join the campaign to unload your 401K of gun company stocks. Yes, that's happening. Let's check out how you can do this.

Are you invested in the very companies who refuse to do anything about the daily carnage in our country? The corporate gun lobby supports organizations like the NRA and others who refuse to support even the simplest of measures to make us safer. Why? Profit over common sense. While they water the money tree, families and friends of victims water trees planted in memory of lost loved ones or the plants they received in memory of their losses. Nothing replaces a life lost to gun violence. It is sudden, violent, unexpected and senseless. It is preventable in most cases.

Like the following incident for example. A Texas woman was killed when she allegedly dropped a gun and it fired, hitting her in the face. She died of her injuries. She thought having a gun around in her home would be a good idea. She, along with many others, was convinced by the rhetoric of the gun lobby, that a gun might make her safer. She was wrong. Guns are dangerous. They are a risk to their owners or those who happen to live in the same place with them or spend time around them. Why not promote responsible gun ownership and prevention instead of guns everywhere?

The thing is, guns make it all too easy. Without gun deaths there would be decidedly fewer overall homicides in America. Firearms account for about 68-70% of overall homicide. And in the end, does it matter whether it was the gun or the person? Too many people die every day due to firearms injuries. As always, The New York Times blog, The Gun Report lets us know about the carnage in our communities. The latest Week-End Gun Report is now published. Read it for yourself and then raise your hand if you believe guns make us all safer.

And look at these guns, just sitting around in a presumed "law abiding" gun owner's home, not meant to kill students at a high school. But that is what they were intended for when a 17 year old Texas boy took his parents' guns from his home to his high school to cause death and mayhem. What do parents expect when they model this kind of culture for their kids? When you have an AK47 military style assault rifle sitting around at home, what is it for anyway? These guns were designed to kill as many people as possible at one time. Don't parents think kids understand this? If guns are in homes, maybe unsecured, where kids and teens can get their hands on them, this is the result. They, too, must have been convinced by the idea promoted by the gun lobby that guns in the home would make them safer. They were wrong. I would say those parents were very lucky their son was stopped before yet another mass school shooting occurred. At least they had the common sense to know that when their son disappeared with the guns, they should report it to the school. More from the article:

North East Independent School District spokeswoman Aubrey Chancellor says the 17-year-old intended to take control of the intercom system Monday at Madison High School during morning announcements. She says if his demands weren't met, he was planning to use a loaded AK-47 that he hid in a bathroom and two loaded handguns he stashed in his backpack along with ammunition.

School officials were alerted by the boy's parents. They awoke Monday to find him missing, along with the weapons they kept in the home.

NEISD officials said the student will be charged as an adult for a terroristic threat and for possession of guns in a prohibited area, according to KENS5.com.

The student had been reported as a runaway by parents. They came to school and met with their child and administrators. NEISD officials said the parents requested that administrators search his backpack, where they allegedly found two guns, a knife and additional magazines of ammunition.

Officials said the student admitted to hiding an AK-47 in the restroom, too. The student said he had planned to make some demands on the school's public address speakers, says the station.

"The student did tell police officers that it was his intention that he was going to come over the announcement the intercom system at the school and that he was going to make a list of demands he said if those demands were not met then he would act," Chancellor said per KENS. All of the weapons and ammunition were recovered.

What if that AK47 had been found by another student in the bathroom? All the way around, this was a tragedy in the making. And all because of easy access to guns by a teen-ager who should not have had them. And that is the result of our gun crazed nation. What do people think those guns they have around their homes will actually be used for? Rarely in self defense, that we know for sure by the statistics about gun deaths. More are caused by guns in the home to kill another person or people than in justifiable self defense. And even that is getting dicey now because of the loosened and broadened definition of self defense promoted by the corporate gun lobby in states all over the country. See Georgia.

Oh, and speaking of Georgia, there was a mass shooting there just this morning at a FedEx facility outside of Atlanta. The shooter shot himself and is now dead. It turns out that the shooter was all dressed out like "Rambo" and even shot a security guard at the facility. Hmmm. Was this a gun free zone then where the gun rights folks claim that most of the shootings happen in our country? They are wrong of course. But never mind. And where do young men, this one was 19, get the idea that it's cool to get all decked out like "Rambo" and strap an assault rifle to their body to shoot up a bunch of innocent folks? Oh, yes. Just today there was yet another gun rights rally ( in Pennsylvania) with folks strutting around with guns strapped around their shoulders. Meanwhile 6 are injured. I suppose those Georgia gun nuts will attempt to say that if only someone had had a gun, this wouldn't have happened. Baloney. Most likely somebody did. But say there wasn't a security guard on the premises. We would have to presume that one of the 4% or so ( maybe more in Georgia) of gun permit holders would happen to be on that site at precisely the place and time a shooter decides to open fire. It requires that those who might have a gun on their person are constantly on the alert for surprise attacks. How can you do your job if you are scared out of you mind and in the "ready to shoot" mode while at work waiting for the next mass shooter to enter your work place? And it also presumes that employers are more than happy to have armed employees on the job. What could possibly go wrong?

And the irony here is that the shooting happened in Kennesaw, Georgia, the town famous for REQUIRING that every citizen own at least one gun. This is too ridiculous for words. From the article:

The Georgia facility is located in Kennesaw, near Atlanta, a quiet suburb unique in the U.S. for mandating every household own at least one gun. The law is not enforced, so the Kennesaw gun ownership rate hovers around 50 percent, according to its police chief. That’s still higher than the average rate of gun ownership in the U.S., estimated to be about 34 percent. When the law was enacted in 1982, Kennesaw had only 5,000 residents. Today, it has a population of 30,000.
The incident comes just one week after Georgia enacted what may be the nation’s most expansive concealed carry law. The National Rifle Association-sponsored “Safe Protection Act” allows gun owners to bring firearms into most public spaces, including schools, bars, churches, airports, and government buildings, even though researchers have generally foundthat more people die from gun homicides in areas with higher rates of gun ownership.

You just can't make this stuff up. If gun ownership is at 50% where were all of those armed folks to defend themselves against this shooter? Hypocrisy as far as the eye can see.

So yes, sometimes guns don't kill people. They only injure people. And some of the injured will suffer from life-long disabilities due to their injuries. This, of course, costs the entire country billions of dollars for the health care costs and other costs associated with gun deaths and injuries.

But hey, who's looking at the consequences of an armed society anyway? Nothing to see here. Leave us alone with our guns. Nothing will happen. We are law abiding and we have our rights to do whatever we want with our legally purchased guns. Nothing will ever happen to the guns I own. Er um, I'm quite certain that is what those Texas parents thought until just a few hours ago.

How about some common sense? How about preventing shootings before they happen instead of reading about the daily incidents of carnage due to guns? But the corporate gun lobby will not go along with anything in the way of prevention. They are all about themselves and making sure they make money off of our losses. Sick.

Guns are dangerous. They are weapons designed to kill people. Guns are a risk in homes all over America and may come to a high school or Federal Express facility near you. Guns are expensive. The answer is not to arm more of us. The answer is to make sure fewer of us are armed to the teeth and those of us who are to be responsible enough with their guns that others don't get their hands on them. Is that too much to ask in a civilized country not at war? If you are with me, pay attention to what's going on and contact your law makers to tell them that more guns do not and have not made us safer. Passing laws to strengthen our gun laws will make us all safer. And educating the gun owning public about safely securing their guns is a must. Too many accidents, suicides and shootings occur with guns laying around in homes unlocked and loaded. It's time for that to change.

And you can unload your stocks as well. Please divest your retirement funds from gun companies who make huge profits at our expense. Please be responsible with your money and your guns. 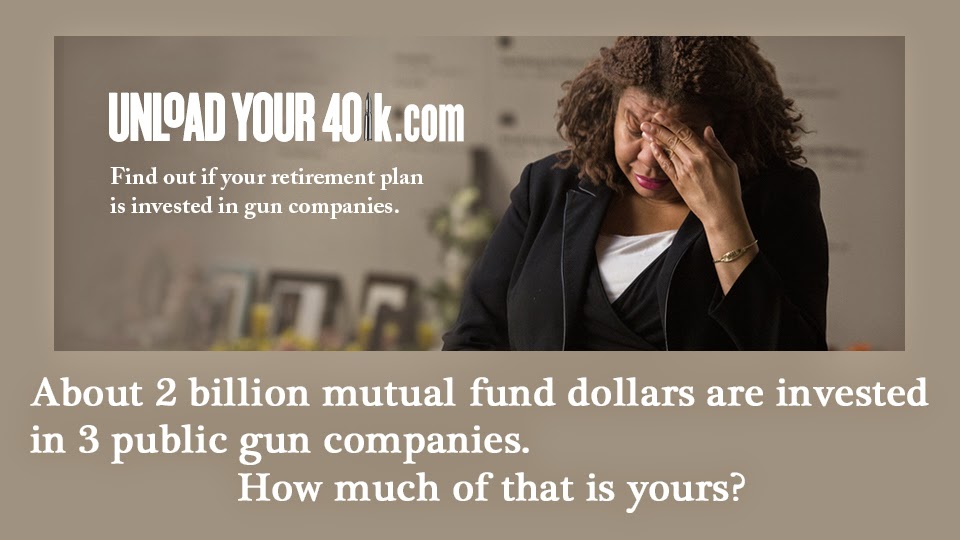