The sky is falling and other gun news.... 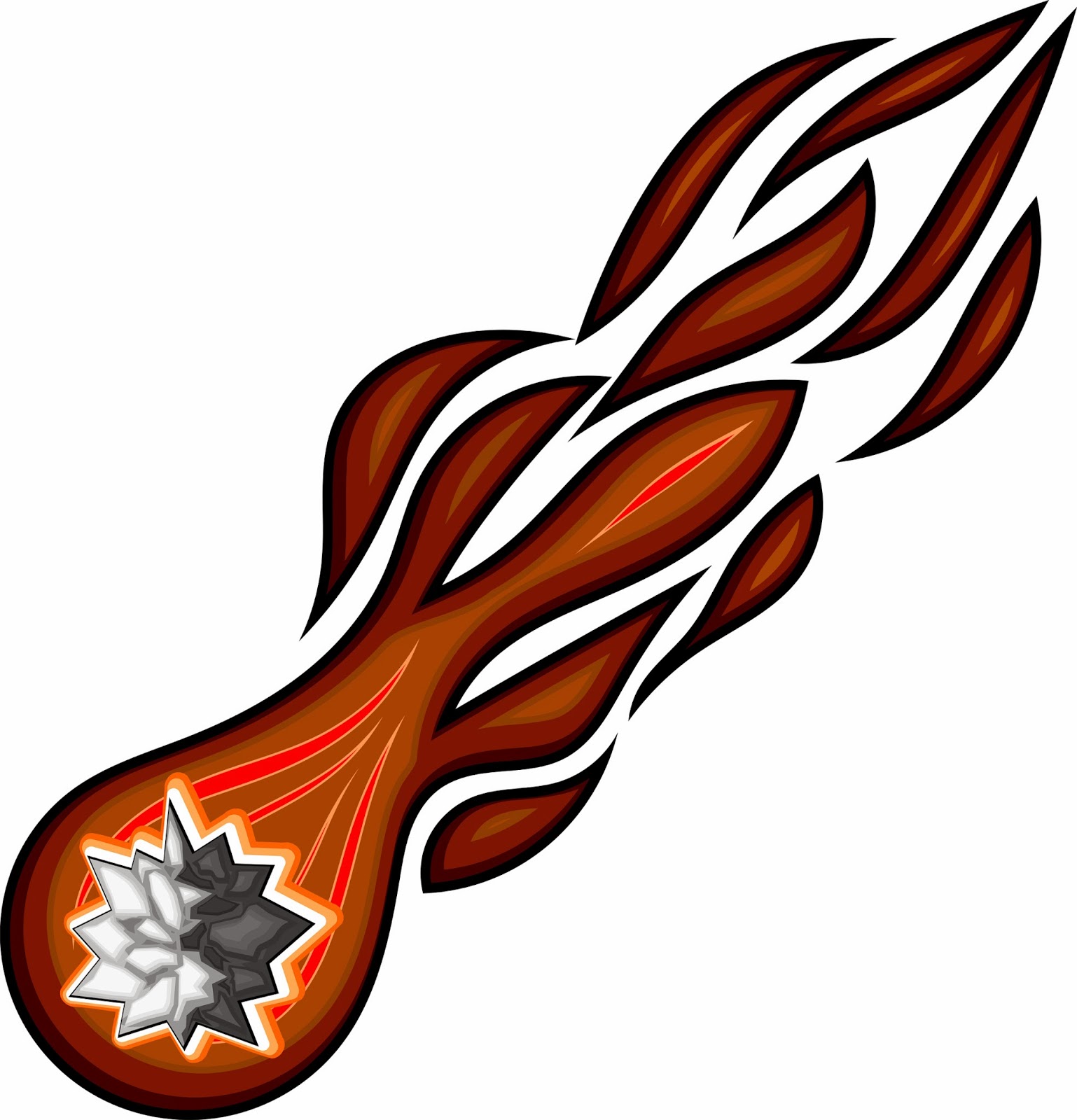 Let's start this one with the NRA's own Wayne LaPierre, giving his annual hyperbolic speech to CPAC:


" "The political and media elites are lying to us. You know they are. They lie bills into law," LaPierre said. He then pivoted to the Internal Revenue Service suggesting the Obama administration has used it to attack NRA supporters. "The IRS is now a weapon, a weapon to punish anyone who disagrees with us. And that means every one of you.""

Really? Where's the proof of this? But with the NRA lobbyists and leaders, facts are unnecessary and actually get in the way of their agenda. But there's more fear and paranoia:


"We know in the world that surrounds us, there are terrorists and there are home invaders, drug cartels, car jackers, and knockout gamers, and rapers and haters and campus killers, airport killers, shopping mall killers, and killers who seek to destroy our country with massive storms of violence against our power grids or vicious waves of chemicals or disease that could collapse our society that sustains us all," he said.

Yikes. Take cover! Run! The sky is falling! Or, no, don't take cover. Buy guns. That is the only thing that will save you from those media elites, the IRS and anyone else who is coming for your guns and your freedom. Oh yes, and the second amendment does "separates us from every other country on earth." Far from making us stronger and better, as LaPierre claims, it has made us less safe and the distinction of having the most gun deaths per 100,000 than any other developed country not at war. But hey, don't bother talking about the victims of all of those shootings. Now that is actually scary.

Real people are dying by the thousands every week from bullets. But that fact doesn't fit with the gun lobby's agenda of fear and paranoia. It must be tiring and scary to live in the NRA's world. It's not the world in which I live and I doubt that most Americans want this kind of world. My world includes living without a sister whose life was snuffed out violently in seconds by gunshot wounds. What I fear is that we will continue on this path of senseless violence with no serious attempts to stop it.

Sorry. I digressed for a minute while thinking about my sister. The thought of her juxtaposed with visions of Wayne LaPierre caught me off-guard. I believe she would have laughed at his crazy words. For LaPierre comes up with crazier stuff to say with each passing CPAC year. It gets the crowd going and gets them fearing for their lives and their freedoms. They must all run out and buy more guns as soon as the speech is over which is the reason for all of this in the first place. If you follow LaPierre's "logic" then follow the money.

And speaking of gun talk at CPAC, why do you think Republican Minority Leader and Senator Mitch McConnell brandished a gun this afternoon when he was on stage? He just couldn't help himself. He brought a gun to the CPAC conference and held it up in victory to the adoring crowd. You might like the video of him brandishing the gun:

Sigh. Shades of Charlton Heston. From this linked article:

It wasn’t too long ago that children were brutally mass murdered in Newtown, but that doesn’t stop Republicans and the NRA from displaying their callous, shallow, misguided belief that a gun makes a man.

So it should come as no surprise that Republican Mitch McConnell (R-KY) entered the stage holding a rifle over his head to cheers. After all, the Senate Minority Leader is pretty desperate to turn on the rabid Republican base, who aren’t very impressed with him. What better way to do it than to carry an image of alleged power like a gun, which represents to the little ones who have a lot to prove the power to murder another living creature? So hot, amiright? (...) We are to believe this is not a hopeful phallic symbol of potency and relevancy being passed from one dinosaur to another, but rather a lifetime achievement award. Jeff Zeleny, ABC News Senior Washington Correspondent, explained that the gun is a lifetime achievement award from the NRA that McConnell presented to Coburn:...

And I couldn't have said this better myself ( from the article):

Yes, it’s CPAC 2014 – the convention of Neanderthals for “freedom”, also known as the clever manipulations of the corporate gun lobby playing on the festering feelings of disempowerment that permeate the lower classes during a recession. Well done, corporate masters and puppets.

“If I’m given the opportunity to lead the U.S. Senate next year, I won’t let you down,” Mitch McConnell said on stage. And it makes sense if you realized to whom he was directing this promise. Hello, NRA, Koch Brothers, et al.

Yup. This is all about power and control. And, of course, proving your macho conservative "creds". I guess these guys think the gun is the ultimate symbol of that. They're right. When someone wields a gun, they do have a whole lot of control over a situation. I know that from personal experience. And they seem to think that any reasonable measures to regulate guns and the people who own them punish them personally and take away their power. Check out this blog post from "Armed with Reason" about the false idea that law abiding gun owners will be punished if common sense gun laws happen to pass in spite of their strong resistance. From the post:


As we will see, gun control regulation in the form of waiting periods, stricter licensing requirements, lock-box stipulations, and so forth, are restrictions designed to minimize the probability of a mistakes from occurring.  If these regulations are decried as punishment, then they are not a punishment in any sense worth worrying about.  After all, their goal is to improve the safety of everyone living under such regulations.(...) Gun advocates view gun control as “punishment” largely because they believe it doesn’t work; if they did, they would be far more reticent to argue that “criminals don’t follow laws.”  After all, I rarely hear people argue that “drunk driving” laws punish law-abiding citizens who can responsibly drink and drive.

The belief that gun control doesn’t work can be superficially refuted by pointing to any one of the case-control studies that show, domestically and internationally, basic gun control policies save lives by decreasing the risk of homicide, suicide, and accidents.

Just because a criminal doesn’t follow one law, doesn’t mean he won’t follow ANY laws.   If that were the case, it would be impossible to regulate criminal activity ever, and progress could only be made in society by warehousing criminals indefinitely (with apparently no legal basis to do so, because we wouldn’t have laws on the books in the first place since criminals don’t follow them!)

Will all “bad guys” be deterred by gun control regulation?  No.  Will some “bad guys” be effectively persuaded to abandon guns because of the legal cost associated with using a gun in the commission of a crime?  Yes.

Given this fact, what reason do gun advocates have for believing that laws which improve overall societal well-being are a form punishment, especially when such laws protect the very people who lobby against it from homicide, unintentional shootings, and crime.

And then the blog author goes into suicide and accidental gun discharge prevention:


Perhaps your response to suicide and accidents statistics is something along the lines of:  “why should I be punished because someone else wants to commit suicide?” or “Why should I be punished because of someone’s inability to parent?”  This visceral, hateful response is something I fail to appreciate; I cannot relate with nor identify with the values of someone who believes they exactly zero obligation to their neighbor.  I simply don’t think you deserve to belong in a community you believe you have no responsibilities to.

To be clear: laws are about building our better selves into the social institutions that govern behavior.  We know there are far too many unintentional deaths from gun use, perfectly avoidable suicides that could have been prevented through waiting periods, criminal theft of firearms that can be prevented with lock-box requirements, and so on. If we are interested in producing a society that isn’t constantly vulnerable to the moment-to-moment failures in the judgments of its members, we need to invest in reasonable restrictions to minimize the impact of accidents.  This is not punishment, it’s pragmatism.

Well, is there any pragmatism out there? I hope so. As long as Mr. Wayne LaPierre and Senator McConnell have their way, this will all be about punishment and not public safety. It's time for the conversation about guns and gun violence to change from that of mythical fear and paranoia to that of public safety and protecting our communities from devastating gun violence. Let's get to work and demand the kind of communities less based on fear than on trust, justice, safety and cooperation.