Seeing the truth about the gun lobby and gun violence 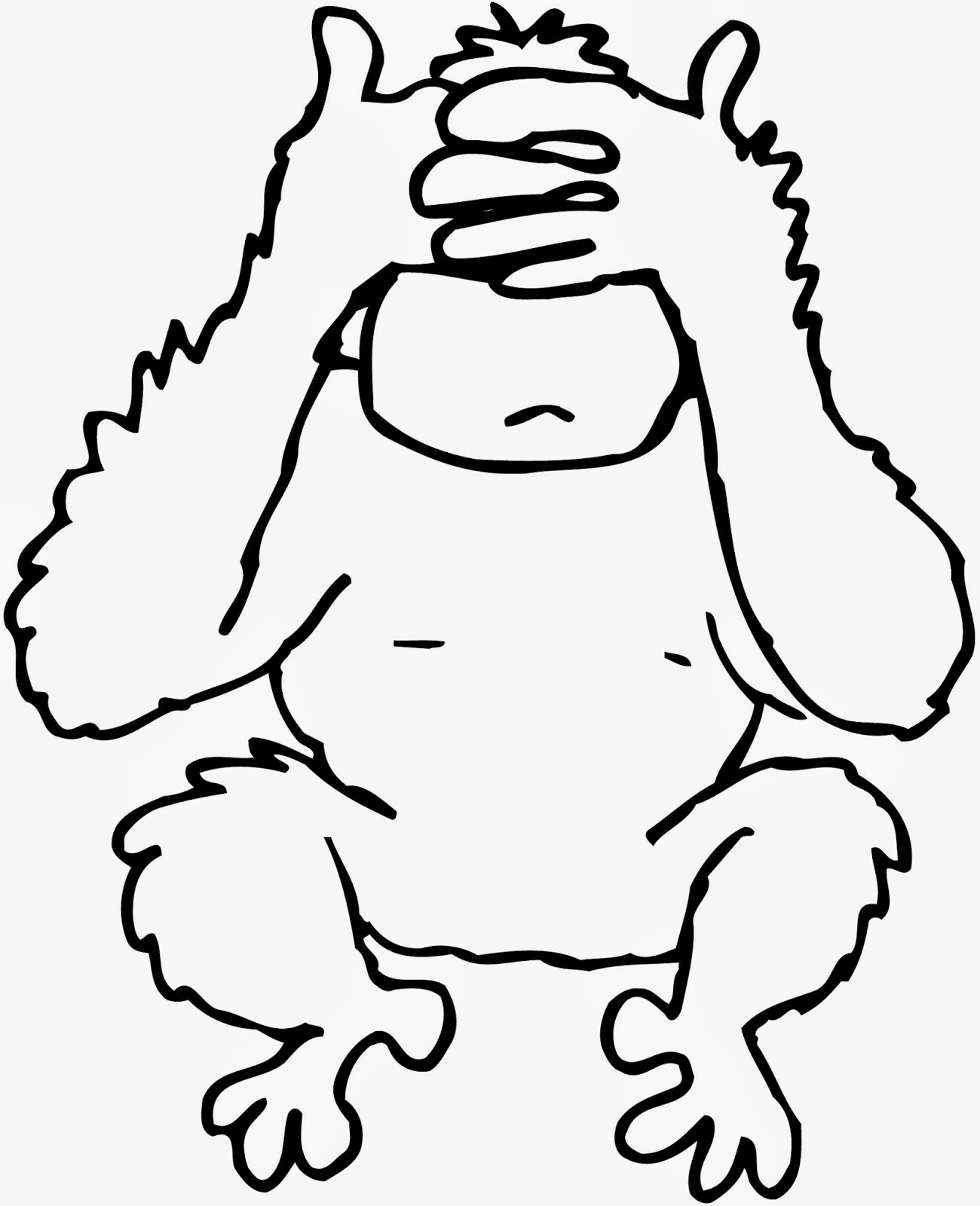 If we see what is happening before our very eyes, there's a better chance that we, as a country, will act on the important issues of the day concerning the common good. On that note, what should we do about "Stand Your Ground" laws- so often in the news of late? Should we stand our ground against stand your ground? Check out this article:

"Given all this, it’s not unreasonable to argue that, in America, you can be shot and killed, without consequences for the shooter, for playing loud music, wearing a hoodie, or shopping at a Walmart. The question is whether the wave of “stand your ground” legislation is to blame.

Let’s first define terms: “Stand your ground” laws are different from the Castle Doctrine, which has its roots in centuries-old British common law and allows you to use force to protect yourself in your home. “Stand your ground” essentially provides that you can bring your castle wherever you go. The rule allows you to shoot first, not just in your home, but anyplace you have a right to be and is a much newer, and more controversial, proposition. (The first “stand your ground” law was enacted in Florida in 2005.) Historically, United States self-defense laws have followed British common law by imposing a duty to retreat, requiring those in a dangerous situation to try to withdraw (if they could do so safely) before resorting to killing. (Under the Castle Doctrine there is no duty to retreat because you’re already home, in your safe haven.)  “Stand your ground” by design cancels out the duty to retreat and, in sum, allows you to shoot first if you feel your life is in danger, just like you can do at home. The relevant language in  Florida’s self-defense statute provides just that: “A person is justified in the use of deadly force and does not have a duty to retreat if: He or she reasonably believes that such force is necessary to prevent imminent death or great bodily harm to himself or herself." (...)

And this is not just in Florida. We are quickly becoming a nation that would rather shoot than stand down, or at least one that thinks everyone has the right to. We are a nation of jurors who carefully consider the emotional state of a killer who had no obligation to even investigate the emotional state of the person he believed was attempting to kill him. We are a nation whose courts and legislatures have enshrined the American values of individualism, property rights, and mistrust of the state while eroding our duty to retreat.

After Trayvon Martin was killed, for a long time it was fashionable to say, “I am Trayvon Martin,” in solidarity with him and his family. But a far more worrisome possibility has begun to creep into our culture. With each successful “stand your ground” claim, explicit or implicit, we are all in peril of becoming more frightened, more violent, and more apt to shoot first and justify it later. The only thing more terrifying than the prospect of becoming a nation of Trayvon Martins is the possibility that we are unconsciously morphing into a nation of George Zimmermans."

"...rather shoot than stand down.." Yes, we have guns to sort out just about any slight, act of jealousy, domestic unrest, moment of rage, or supposition that another is there to do you harm. Shoot first and ask questions later is the new norm, according to some. It makes no common sense but this is the gun culture that is pervasive in America. I read this quote today on someone's Twitter feed. It comes from Benjamin Franklin: “Justice will not be served until those who are unaffected are as outraged as those who are.” Exactly. Too many of us have been affected by gun violence. If we haven't we are affected by the daily news reports of shootings and sometimes heinous mass shootings. Outrage percolated to the top after the Sandy Hook shooting and Congress did nothing to protect our children from yet another shooting like it. So far, the outrage has not resulted in meaningful changes that the public is demanding. The every day chatter deals with current events like what's going on in Syria, or in Sochi, or in Crimea, or with the markets, or job numbers, or with minimum wage or immigration or others. We lose track of the daily carnage to gun violence until the next mass shooting.

Meanwhile, while the gun lobby is pushing to weaken gun laws, oppose any measure to keep guns away from those who shouldn't have them and attempt to normalize guns everywhere, human lives are lost. And lost with them are human potential as this interesting graph shows us. According to this graph, in 2013, 11,419 people were killed in homicides ( this number does not reflect gun suicides and accidental gun deaths) This amounts to 502,025 lost years of life. Think about that. We have lost that much potential in lost lives. And those who are injured and left with life long disabilities should be added since their productivity and potential has been greatly diminished. Does the corporate gun lobby give this any thought at all while waging their war of words on common sense?

So what else should we be looking at? Try this one. The gun lobby doesn't like President Obama's nominee for Surgeon General, Vivek Murphy. Why not? Because he has the nerve to be in favor of doing something about senseless gun deaths. The gun lobby apparently doesn't like the idea that we could have fewer deaths and injuries from guns based on research and a public health approach. This Washington Post editorial speaks to all of the good reasons Dr. Murthy should be appointed to the job:

Murthy testified to the Senate HELP committee that child obesity, not guns, would be his main priority. An effective surgeon general must focus on one or two central issues on which he or she can command broad support across partisan lines. Gun policy is so polarizing right now. That’s an understandable decision. For the record, though, there’s nothing radical or strange in Murthy's positions on gun policy. (...) Murthy has mainly expressed standard gun policy positions held by trauma surgeons, emergency department staff, spinal cord injury specialists and others who treat victims of gun violence. On issue after issue, his views are far more representative of mainstream medical and public health opinion than are Paul's or the NRA's.

The NRA's leaders are out of step with mainstream America as is Senator Paul. Who represents the victims of the pervasive daily violence in America? This is hypocrisy as far as the eye can see- or maybe not see as this case may be. I would much rather trust the expertise of a very qualified health care provider who has led efforts to improve our health and safety than the corporate gun lobby or a Senator who happens to be a non-certified Opthamologist. Apparently they can only see their own agenda but are blind to the real problem of gun violence in this country.

And then there's the Facebook decision to change some policies about allowing gun sellers to sell or swap guns on its' platform Facebook and Instagram sites. Facebook should stop allowing any sale or swap sites on its' platforms. There should be no gun sales without background checks. Until Facebook gets it and does what ebay and Craigs List did, it will not be enough.

And finally, let's look at the latest Gun Report by Joe Nocera, we have this information about what the gun lobby is up to of late:

Cities, which are often home to the worst gun violence, are losing their power to regulate firearms, the Atlantic reports. For instance, a Sedgwick County, Kan., law bans guns, concealed or not, from all bars, but in 2007, the state legislature quietly stripped municipalities of their authority to regulate most aspects of gun ownership and use.

“This type of legislation is called preemption,” Matt Valentine writes, “and it influences nearly every community’s relationship with guns—not just in Kansas but throughout the U.S.”

What prompted the change? “The NRA went on this campaign to convince states, one by one, to restrict that authority,” Laura Cutilletta of the Law Center to Prevent Gun Violence told the Atlantic. “And they were very successful.” The ensuing legislation pits rural communities against cities, which experience a far greater proportion of gun violence.

When Illinois created a concealed-handgun permitting process last year, the legislation included a preemption clause to prohibit cities like violence-ridden Chicago from passing their own ordinances restricting concealed carry. Now hundreds of people with criminal records have been cleared for concealed carry. Gun reform is also beyond the purview of officials in St. Louis, Mo., essentially nullifying crime-reduction initiatives.

And anyone looking for nationwide uniformity in gun laws can forget it. “The federal government has no authority to regulate firearms—period,” Patricia Stoneking, president of the Kansas State Rifle Association, said.

We'll all be safer now. And then the report goes on to list the latest 33 shooting incidents from all over the country, including accidental discharges, homicides, stray bullets, drive-bys, domestic shootings, robberies, etc. This IS the gun culture we have. What will we do to change it? Will our elected leaders take their blinders off and deal with this important national issue?

While the gun lobby's leaders are out scaring the heck out of their supporters and threatening to "score" every vote taken if there is a whif of the possibility of promoting gun safety, shootings will continue, apparently unabated.  Take a look at just a few:

So the take away? Guns are dangerous. They are a risk to their owners and those who choose to carry them in public. They are also an obvious risk to innocent people going about their business. A 12 year old girl, for example, should be able to ride home in her parent(s) car without being shot by the bullet from the gun of an irresponsible law abiding gun owner. It's time for a change. Let's get to work. We are better than this.

It only took an hour or so for this article to show up that I want to add to the list of shootings incidents, above:

Gun permit holder shoots himself in leg while bowling. Oops. Why in the heck does someone need to have a gun in their pocket while bowling? For one thing, it's just gotta keep you from getting strikes because it's heavy and in your pants likely preventing a good arm swing with the bowling ball. Further, what in the world could happen at a bowling alley that would be so dangerous other than dropping a ball on your foot or accidentally throwing the ball towards the lane next to you? Really folks. This is getting ridiculous.

I'm going to have to start another blog post about all of the stupid, dangerous and careless things happening with guns. A Chicago area woman who was sorting through clothing at a thrift store found a gun by accident in the clothing and shot and killed herself with the gun. The gun fell out of a sock and discharged as it hit the floor. Either this was a really careless way for a law abiding gun owner to store a gun or someone who was hiding a gun they shouldn't have had. Either way, it points to the risks of having guns in homes and forgetting about where they are. It goes with the gun culture of America.
Posted by japete at 11:48 AM