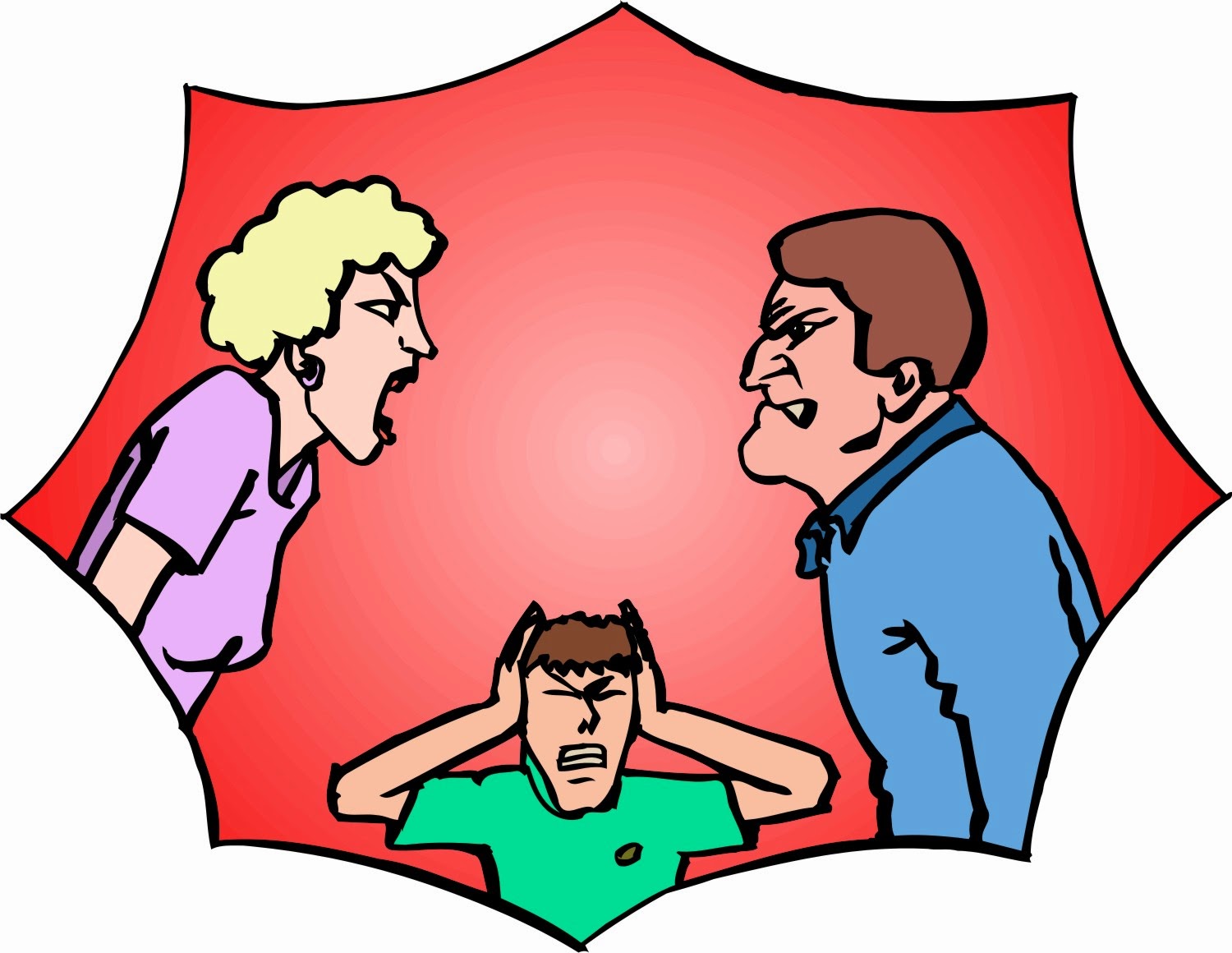 
Finally, our elected leaders are getting it. And also the Supreme Court. Yesterday the Supreme Court ruled unanimously that even unwanted touching by a domestic partner can result in keeping the offender from having firearms.


"Today, the Supreme Court issued an incredible unanimous decision in a case that will make it easier to protect domestic violence victims from gun violence. In an opinion for an eight Justice majority, the Court confirmed that any crime involving unwanted physical touching by a domestic partner can qualify as a crime of domestic violence for purposes of the federal prohibition on domestic violence offenders owning firearms. This resounding victory will ensure that guns are kept out of the hands of domestic abusers–a group particularly likely to use firearms to perpetrate violence.

A gun in the hands of a domestic abuser can make a dangerous situation worse. Studies have shown time and again that guns escalate already violent situations, for example:

Abused women are five times more likely to be killed by their abuser if the abuser owns a firearm.

Domestic violence assaults involving a gun are 23 times more likely to result in death than those involving other weapons or bodily force.

More than two-thirds of spouse and ex-spouse homicide victims between 1980 and 2008 were killed with firearms.

In 2011, nearly two-thirds of women killed with guns were killed by their intimate partners."

The Supreme Court recognized that domestic abuse comes in many forms. It is not always the physical abuse or battering that we think about when the topic is discussed. Domestic Abuse Intervention Programs, located in Duluth, Minnesota and on which board I serve, developed the power and control wheels for different types of abuse. You can see the wheels on the website. This particular power and control wheel shows the different manifestations of domestic abuse. Control and the need for power over someone can come in the form of physical abuse but also verbal abuse, emotional abuse, financial abuse, using the children, denying and blaming, using male privilege, threats and isolation. Any of these behaviors can lead to an escalation of domestic disputes and discord. When a gun is available in an escalating domestic dispute and/or abuse, the potential for life threatening violence exists. The Supreme Court decision supports what we know about domestic violence.

The Violence Policy Center has a wonderful report about the role guns play in domestic abuse and domestic discord. It's a long report but offers much valuable information that doesn't get talked about by those who resist keeping guns away from domestic abusers. Let's start with this:

In 2011, there were 1,707 females murdered by males in single victim/single offender incidents that were submitted to the FBI for its Supplementary Homicide Report.10 These key findings from the report, expanded upon in the following sections, dispel many of the myths regarding the nature of lethal violence against females.

# For homicides in which the victim to offender relationship could be identified, 94 percent of female victims (1,509 out of 1,601) were murdered by a male they knew.

# Sixteen times as many females were murdered by a male they knew (1,509 victims) than were killed by male strangers (92 victims).

# For victims who knew their offenders, 61 percent (926) of female homicide victims were wives or intimate acquaintances of their killers.11

# There were 264 women shot and killed by either their husband or intimate acquaintance during the course of an argument.

# In 87 percent of all incidents where the circumstances could be determined, homicides were not related to the commission of any other felony, such as rape or robbery.

The truth matters. Facts matter. We just can't make ( or not make) public safety policy based on the myths that have too long gone unchallenged. It's so important to note that most women murdered by guns knew their shooter. It is not strangers shooting others. It is people who know each other. And when those people known to the women victims have guns, lives can be snuffed out in an instant. That is why we need to strengthen our laws to save lives. That is why my state of Minnesota is finally acting to prevent some of the avoidable and senseless shootings we read about in the news.

In the last week, 3 committees in the Minnesota House and Senate have voted in favor of keeping guns away from domestic abusers and those who have the potential to abuse. The Minnesota Senate Judiciary Committee passed the bill out of committee and now the House Public Safety and Judiciary Committees have done the same with strong support from members on both sides of the aisle. HF 3238 and the companion Senate bill will:
From personal experience with family members, friends and in my volunteer work with domestic abuse intervention programs I know that women ( or any victim) are sometimes reluctant to admit their abuse and often get help too late. Abusers are frightening and when challenged can make things worse. Trying to deal with this without help can lead to tragedy. The tactics are not always easily recognized and sometimes it's too late for victims to get out of the relationship before harm is done. When victims are made aware of the tactics, know there is something they can do and have the law to back them up, lives can be saved. Education, precaution, intervention, prevention and good policy can make the difference between life and death.

In Minnesota's Femicide report, issued every year by the Minnesota Coalition for Battered Women, firearms injuries are the most common cause of domestic violence deaths. Making sure that perpetrators don't have access to guns will save lives. Last year in Minnesota 10 domestic violence victims died from firearms injuries. That is 10 too many. It is one too many if it's your own sister, mother or daughter. I know that from personal experience.

One of the most important things we know about domestic violence is that there is a risk for a woman becoming a victim of a firearms homicide when a gun is present in the home. Our news reports are littered with stories about domestic shootings. They happen every day all over the country. In fact women in America are 11 times more likely to be murdered with a firearm than women in other high income countries. All of these women have stories. Here are just a few of the many domestic shooting stories that occur on a daily basis:

Christy Salters Martin, a Florida resident, survived a shooting attempt carried out by her estranged husband with her own gun.

Angie Cantrell of Indiana survived a shooting by her estranged boyfriend who shot and killed himself.

An unnamed Louisiana woman was shot and killed in a domestic related shooting.

An unnamed 26 year old Florida woman was shot and killed in a domestic shooting.

A Los Angeles police officer was wounded by gunfire in a domestic dispute stand-off. The abuser was shot and killed. Officers know that domestic disputes are among the most dangerous situations for themselves.

Four people were killed in this domestic dispute in Virginia. Here is a follow-up to this incident.

In a bizarre case, this Texas man was shot and killed trying to intervene in a domestic disturbance.

In a similar situation to the above, a New Jersey man was shot and killed also while intervening in a domestic dispute.

This Texas woman and her son were shot and killed in a domestic shooting after a divorce.

Louise Weis-Edmonds of Pennsylvania was shot and killed by her husband. He had a record of abusing her.

Shall I go on? So what is the take away here?
We can do a better job of protecting the lives of women and children who are involved in domestic disputes, troubled relationships and contentious separations. Passing bills like the one before the Minnesota legislature can decrease the chances of people involved in domestic discord from becoming victims of the violence that kills too many. The states of Wisconsin and Washington have passed similar laws. Louisiana is considering a bill as well. Change in the name of protecting victims from shootings is happening. It's too late for many and it's past time for this to happen. Moving forward in the names of the many many victims of domestic shootings will demonstrate that reasonable laws can make a difference and lead to safer communities.