Risky behavior with guns around children and in public 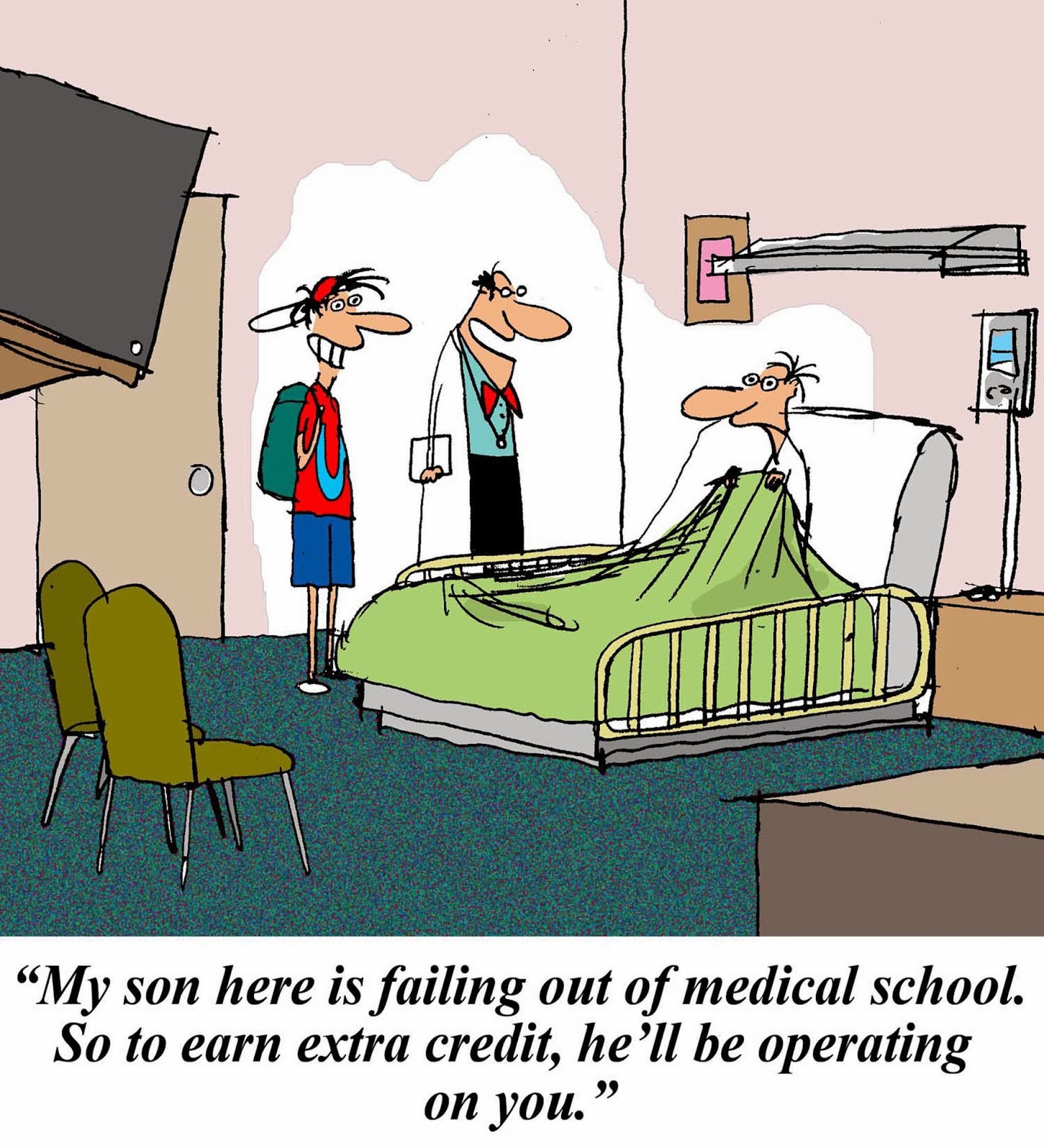 Can we talk? I've been writing about the risks of guns in homes and in public for quite a while now. Not just because I want to talk about it, which I do. But it's because this risky behavior is leading to senseless gun deaths. We can do something about this, of course. But we aren't. The fact that we aren't is becoming the subject of more public attention. After the Sandy Hook shooting, there is more awareness in general of the gun issue and the support from the public remains strong for doing something positive to prevent the violence that is devastating to so many families and communities. On January 31st, ABC's 20/20 program, "Young Guns", featured the risks of guns in homes for children. You can see that there are varying positions on whether teaching kids to shoot guns keeps them safer. As it turns out though, there are about 8 deaths of children every day in America due to gunshot injuries from homicides, suicides and accidental shootings. That is 8 too many, of course. Here is a link to the 20/20 website which contains clips from the Friday show. In this video, from the program, a couple talks for the first time about the "accidental shooting" of their 3 year old. They thought he couldn't access the loaded gun they had hidden in their bedroom. But he did. And now they are grieving the loss of a 3 year old boy who had much life left to live.

No parent should have to live with the grief of leaving a loaded gun where their child can access it and then have to bury that child. Some parents believe their children need to be exposed to guns. The problem with this idea is that the guns some of parents are using for this purpose are machine guns and assault rifles. Why does a child need exposure to a gun like that? Hunting guns are one thing. Often parents want their children to be able to enjoy the sport of hunting with them. But there is no need to use an assault rifle for self defense or hunting. Most guns used for self defense, if they are, are handguns or hunting type guns. But look for yourself at this video. Children of people who purposely expose them to guns are target shooting and shooting for fun. In one case, a child exposed to guns got shot by a sibling, also exposed to the guns. A woman with a loaded shotgun in her closet almost made a mistake and shot her son. It's risky business.

Why leave guns around loaded where children can access them? In my opinion the risk is just not worth it. In new research about children and guns, it is estimated that 10,000 children and youth under the age of 20 are injured or die from gunshot injuries. Yes, the age is 20 or under. While those who don't like the statistics argue that we shouldn't include those above, say, the age of 14 or maybe 17, the statistics do speak for themselves. Most organizations use the age of 17 or under when talking about children and gunshot injuries. That is the way it is done at the Kid Shootings blog. On that site, gunshot injuries and deaths are reported as often as the bloggers can keep track or catch up. It's not easy because there are many reports daily of how children are affected by guns. As to the age at which we keep track of gunshot injuries and deaths, all we know is that our youth are at risk from the guns so easily accessible to them in homes or on the streets. Arguing about the statistics may be healthy actually because we do need a serious national conversation about guns and how access to them affect our young Americans. We lose too many every day. There is enough information to know this to be true.

So for starters, people should secure their guns in gun safes away from curious hands and curious eyes. Not only would this protect children, it would protect gun owners from having guns stolen. Then there's a simple ask that can be made of parents in homes where children hang out. Check out the web site of Center to Prevent Youth Violence ( CPYP) about how to ask a simple question that can save lives. Asking saves lives.

These are good ideas to minimize risk for gun owners and non gun owners alike. How can anyone be against them? Arguing about statistics or ages of children is a distraction. The bottom line is that children, no matter of what age, are dying too frequently. That is the discussion we should be having. So the 20/20 special ( linked above) is just one of the many media and/or research reports to educate the public about this national public health and safety epidemic. If you don't believe me, believe the facts. Joe Nocera of the New York Times is keeping track of shooting incidents several times a week. Check out the latest risky American incidents including "accidental" shootings, arguments that escalated into shootings because a gun was involved and many others. It's really stunning.

After the 20/20 program, various people who are interested in the issue of gun violence were asked what topics of research they would like to see studied in order to prevent avoidable and senseless gun deaths. There are many questions and concerns about how to prevent gun violence. But thanks to the corporate gun lobby, we are not answering them. President Obama issued an executive order for the CDC to begin studying various aspects of the causes and effects of gun violence. After the shooting at Sandy Hook, it was apparent that passing any common sense federal gun laws was going to be a heavy lift. So the President determined that measures that could be taken outside of legislation to lead to a safer America.

We should really study whether or not training people to use their guns in public does matter. We think we are safer because most states require some training before people are allowed to take their loaded guns out into public places. Some states require no training. Many states do. Apparently training is not enough, just as teaching kids not to touch guns or teaching kids to shoot guns is not enough. Guns are a risk at home and in public. Perhaps Florida needs to rethink its' training classes after a man shot himself in the leg soon after leaving a gun training class.  Or maybe this happened because the training wasn't adequate to ensure safe use of a gun. From the article:

A South Florida man accidentally shot himself in the leg while on his way back from a firearms safety class, police said.

The accidental shooting occurred about 9:45 a.m. Friday near Congress Avenue and Neptune Drive.

Boynton Beach police said officers found Eric Morkert sitting in the bed of his pickup truck with a gunshot wound to his right leg.

Morkert told police he'd just left a firearms safety class and had pulled over to inspect his new Glock 17. Morkert said he removed the magazine and was manipulating the slide when the gun discharged.

Didn't Morkert learn that manipulating the slide of his gun while sitting in his car was not a good idea? It makes common sense that monkeying around with guns in cars or other public places has the potential for trouble. I write about incidents like this often on this blog. My friend at the Ohh Shoot blog writes about them frequently.

And as long as "law abiding" gun owners feel as if they can do anything they want with guns in public, we are all at risk. Look what happened when the price of a burrito went up at a Taco Bell/KFC fast food place in Texas?:

The fast food customer was so disgruntled by the price hike he shot an air gun at the manager, displayed an assault rifle and pistol while in the restaurant's parking lot, fled as police were called, and pointed one of his weapons at three officers who pulled him over. Fleeing when they opened fire, he barricaded himself in his hotel room — all over $3.50 plus additional tax.

All three of his weapons were found to be air-powered and not firearms.

The final incident in the burrito-triggered spree happened Sunday afternoon at the Rodeway Inn on North W.W. White Road, engaging SWAT negotiators in a more than three-hour standoff, according to officials and witnesses.

Ricardo Jones, 37, was charged with two felony counts of aggravated assault against a public servant.

Looking out the windows, he said he saw the man put an assault rifle and a handgun on the roof of his Mitsubishi Endeavor. Customers dove under their tables, the employees scrambled to the back and Tillerson ran to the front to lock the doors as he called police.

The man then jumped into his vehicle and took off, Tillerson said.

No doubt this guy was a conceal carry permit holder. He put a lot of people at risk with his dangerous behavior. Will training help with anything like this? What will help is changing our minds about allowing so many people to carry loaded guns in public. Clearly things are not working out well with all of the reported incidents I write about and many I don't. Is this the America we want or deserve? Do we want little children shooting machine guns? ( Anyone remember the physician who let his 8 year old shoot a machine gun at a gun show? I do.) Where do we get these crazy ideas anyway? From the gun rights extremists and corporate gun lobby, of course. They seem to think that anything goes without thinking through the actual consequences. The actual consequences are that the public is at risk. Our children are at risk. People are being shot in senseless shootings every day in America at the rate of 80 a day. This is absurd. It doesn't have to be this way.

My point, as I have written before, is that there is an inherent risk to owning and carrying a gun. What we are seeing in America is just not happening anywhere else. Other countries have decided that the risks to public safety are more important than any of the arguments about gun rights. Guns are weapons designed to kill- the only product in the market place for which that can be said. Other products do occasionally kill people in accidents or homicides and even suicides but are not designed for such uses. So then why is there not more attention paid to risk management of guns? Risks are discussed for most other products such as cigarettes, riding a bike without a helmet, driving a car without a seat belt or air bag, driving too fast, not fencing in swimming pools, swimming without a life guard, not keeping toys with very small parts away from infants and toddlers, not having safe guards around the house for small children, keeping pets fenced or on leashes, not having properly licensed health care providers performing surgery, etc. Why not for guns? It's a question worth asking and most certainly worth answering. Lives depend on the answer. It's time to get to work to deal with the risks compared to the benefits of owning and carrying guns. Let's get to work.