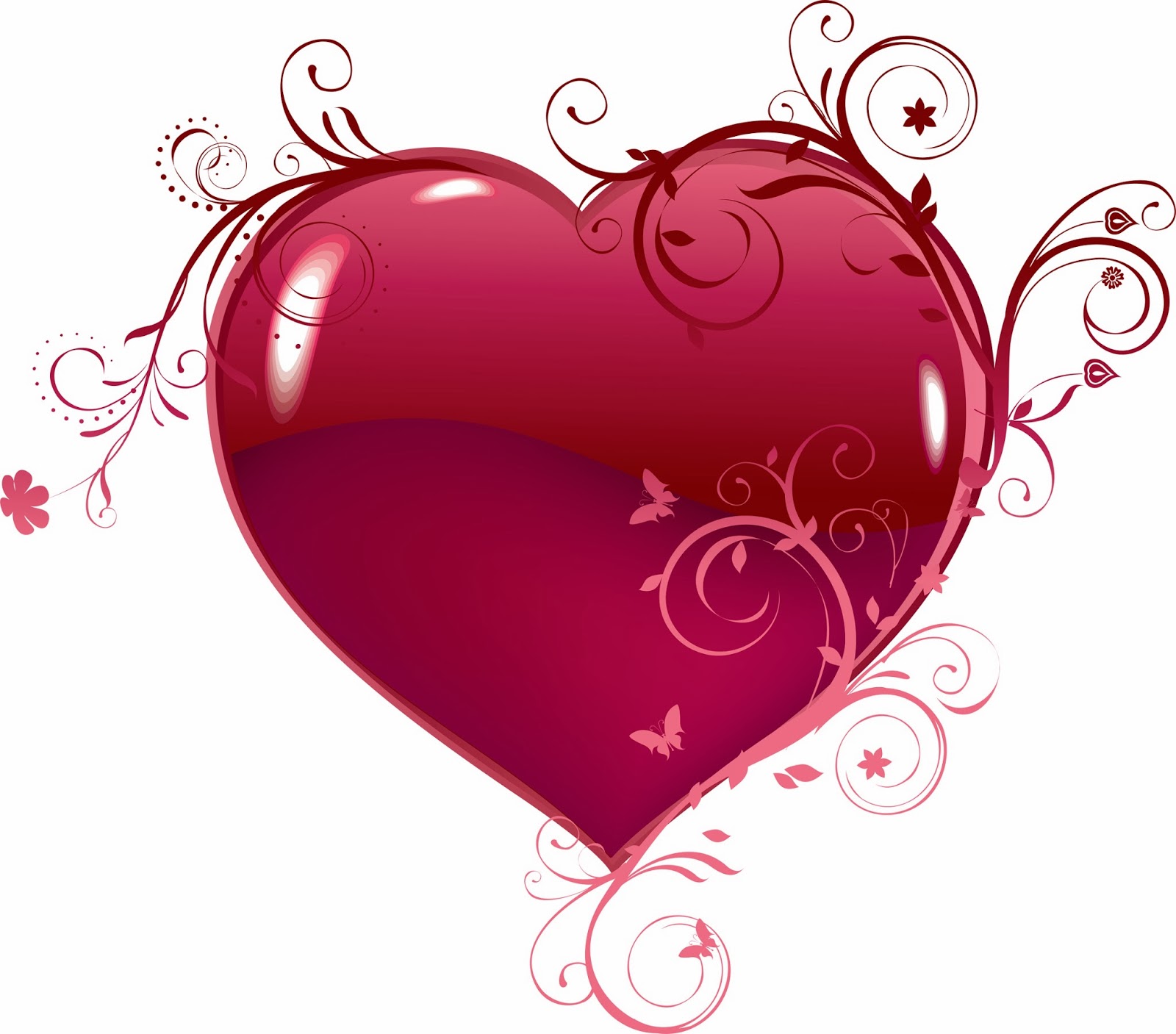 In 2008 on Valentine's Day, a mentally ill gunman killed 5 people and injured 21 at Northern Illinois University:

"He next shot at the instructor, who was standing on the east side of the stage. The instructor tried to run out the exit at the southeast corner but that door was locked. The instructor ran toward the east end of the classroom out the main exits, in which the students were trying to exit. Some students who were not able to immediately escape hid under or in between the seats. When Kazmericzak paused to reload after firing three rounds, some students shouted "He's reloading" and began to escape. Others continued to hide or were too shocked to react.[8]
After shooting all six shotgun rounds, Kazmierczak fired on the room's remaining occupants with the 9mm Glock pistol, firing a total of approximately 50 rounds. He was reported to have walked up and down the west aisle and directly in front of or on the stage, firing at people as he went. He shot and killed himself before police reached the room. The police recovered 55 unexpended rounds of ammunition from the scene, including two fully loaded magazines containing rounds for a .380 semi-automatic pistol.[8]
A total of 25 people were shot, six of whom died (including the perpetrator, who shot himself before police arrived).[9][13][14] One witness reported that the gunman shot at least 30 rounds; police later collected 48 shell casings and 6 shotgun shells.[15]
At the time of the shootings, Kazmierczak was a graduate student in the school of social work at the University of Illinois at Urbana-Champaign.[10][13][16] He was a former NIU Sociology graduate student. NIU Police Chief Donald Grady described him as "an outstanding student," who reportedly had stopped taking psychiatric medication recently and became "somewhat erratic".[17"

Here is a mother's writings about her daughter, murdered in that senseless shooting. Read what Mary Kay Mace wrote:

In the aftermath of the shooting at NIU, I found out how much the gunmen in our tragedy and in the Virginia Tech tragedy had in common. Both were mentally ill and both had nevertheless purchased their firearms LEGALLY. I couldn’t resolve the cognitive dissonance that caused in my grief-ravaged brain. As a result, I have become involved in publicly advocating for common sense gun legislation, particularly stressing the need to get the National Instant Criminal Background Check System (NICS) updated with all of the pertinent records of prohibited purchasers. Background checks can be only as effective as the information in the database accessed to complete them. According to the report “Fatal Gaps” on the Mayors Against Illegal Guns website, millions of records are missing from NICS.

In addition to updating NICS with all pertinent records, we must enact legislation requiring background checks for ALL gun purchases – including private sales, online sales, and those at gun shows. I also favor banning assault weapons and large capacity ammunition clips. These types of weaponry were designed for military use and have no application for civilians other than to kill as many people as quickly as possible. (...) It’s crazy that we keep allowing our legislators to be purchased by the NRA leadership. It’s crazy that the NRA leadership doesn’t represent the policy positions of the majority of its membership. It’s crazy that innocent human lives continue to be sacrificed so that gun manufacturers can continue to rake in their profits with immunity from civil litigation. “Crazy” is what took my beautiful daughter from me. I implore everyone, as a mother who misses her daughter more than anyone can possibly imagine – let’s all fight for sane gun safety measures.

Too many hearts are broken every day because of our lack of action to stop the carnage due to gun violence in our communities. Yesterday I attended a lunch for Domestic Abuse Intervention Programs (DAIP). I helped to plan the lunch since I sit on the Board of this organization. We call the lunch "Heart of Change" since it is always right around Valentine's Day. Can we make change happen to prevent women from being killed by their abusers? Why do I talk about this now in the context of the heinous shooting at Northern Illinois University 6 years ago today? Because we can't disconnect the daily shootings of Americans from the regular mass shootings. Every day in this country 80 Americans die from gun injuries from homicides, suicides or "accidental" shootings. That is 80 too many.

The keynote speaker at the "Heart of Change" lunch was a legislator who has worked hard to get laws passed to protect the abused from the abusers. It is mostly women who find themselves in that position. He opined about the fact that we didn't get a law to require background checks on all gun sales at gun shows and those sold through the Internet in Minnesota in the last legislative session. Reported domestic abusers are prohibited gun purchasers. But we make it easy for them to get guns even if they are prohibited since there are places where they can buy guns without a background check. This was the case in the Milwaukee spa shooting- a mass shooting but inspired by a domestic abuser in search of the abused- not uncommon in mass shootings. The shooter bought his gun through an ad on Armslist.com with no background check. From the article:


In the report, surveillance video from a local sporting goods store shows the killer, Haughton, buying ammunition and a camouflage jacket the day before the shooting.

FOX6 News previously discovered Haughton then bought the gun from a website called ArmsList.com. In a police report, the person who sold it to Haughton says he got no receipt or information — but he did get $500 for the gun.

In states where those laws have passed, there are 38% fewer domestic shooting deaths. If you look at the linked report about domestic violence and guns, the figures should be shocking. Apparently to some they are not enough to move them to do something to change hearts and minds. America is unique in allowing so many hearts to be broken by the often avoidable deaths by firearm. According to the report, "the presence of a gun in domestic violence situations increases the risk of homicide for women by 500 percent." That is stunning. Why are we not making the change women deserve? My family knows that a gun in an argument over a divorce ( often the case when a domestic shooting occurs and the most dangerous time for a woman) can result in death. Arguments should not turn fatal but too often they do.

And arguments can be over things much less serious than a separation from a relationship. Guns in the mix ramp up the stakes. Too many people who are not responsible with guns have them anyway with apparently not enough common sense to realize they can't be used whenever the owner gets upset about something small or large. The corporate gun lobby encourages as many people as they can to own and carry guns without thinking through the consequences and risks to said ownership and carrying. Thus we have stupid and dangerous shooting incidents occurring every day in our communities. As always, Joe Nocera of the New York times has chronicled 2 such incidents in his Wednesday Gun Report. From his article:

One thing we have discovered since we began chronicling gun violence is that a surprising number of Americans use guns to end arguments or register their frustration. This probably would not happen if guns weren’t so readily available. Sometimes when these stories make their way into the press, you have to wonder whether you’re reading The Onion.
Shaneka Monique Torres, 29, got home from a Grand Rapids, Mich., McDonald’s on Sunday and discovered there was no bacon on her burger. When she called the restaurant to complain, she was promised a free meal to compensate for the error. Early Monday, after a night of clubbing, Torres returned to McDonald’s to claim her free meal. She checked her burger, and once again, no bacon. Police say Torres, who was sitting in the passenger seat of her friend’s car, pulled out a 9mm handgun, waved it around and firedthrough the closed car window. The bullet cut a path through the entire restaurant.
“It’s just really lucky nobody got killed,” Lt. Patrick Merrill said. He added that the gunfire was not preceded by an argument. Torres has been charged with carrying a concealed weapon, a five-year felony, and discharging a firearm at an occupied structure, a four-year felony.
Last Thursday, Jatari Walker, 20, a customer at Good Friend Chinese and Seafood in Birmingham, Ala., found a roach in her egg roll and asked for a refund. When Walker put the roll on the counter to show the restaurant’s owner, 52-year-old Chun Hin Ching, it rolled onto the floor. This, coupled with the fact that Walker had complained within earshot of other customers, seems to have set him off. After Walker got her refund, she turned to exit the restaurant, and Ching fired a shot over her head. She said she felt the bullet whiz past her.
Ching, who did not tell police why he kept a gun at the restaurant, has allegedly raised a bat to customers before, and even flashed a butcher knife. Police believe he intended to hit Walker but missed. He has been charged with attempted murder.

Sigh. You just can't make this stuff up. And the worst of it is that these incidents occur on a regular basis in our country.

On this Valentine's Day, stay safe. If you own a gun, think of your loved ones and keep it out of reach of young children and teens. If you carry a gun, don't shoot it over bacon on a burger or a roach in an egg roll. This is a day to express love. No one wants to lose a loved one over a serious or a stupid argument. Life is worth more than that. And we are better than this as a country. My wish on this day of love is to love our country enough to do something about the daily carnage from gun violence. We can do this by demanding that our elected leaders pass sane gun laws to make us all safer from gun violence. Moms Demand Action encourages us to send a Valentine's Day message to Congress to pass the background check bill lying dormant in someone's desk or file. Simple measures like requiring background checks on all gun sales would save lives and keep loved ones safer so they can get Valentine candy and cards from their loved ones. As a result of our not acting, we have allowed shootings like that at Sandy Hook elementary school where 20 children will not give or receive Valentine's today. As Connecticut Senator Chris Murphy said at a recent press conference:.


"The response from the United States Congress is at best indifferent and I would argue at times complicit,'' Murphy said at a news conference Wednesday. "I say `complicit' because ... some individuals (in Congress) want to allow more guns on public property.''

No more apathy. When it comes to losing a loved one to avoidable gun violence there should be no apathy. There should be outrage and action. Let's get to work and make the changes that we deserve.
Posted by japete at 7:38 AM