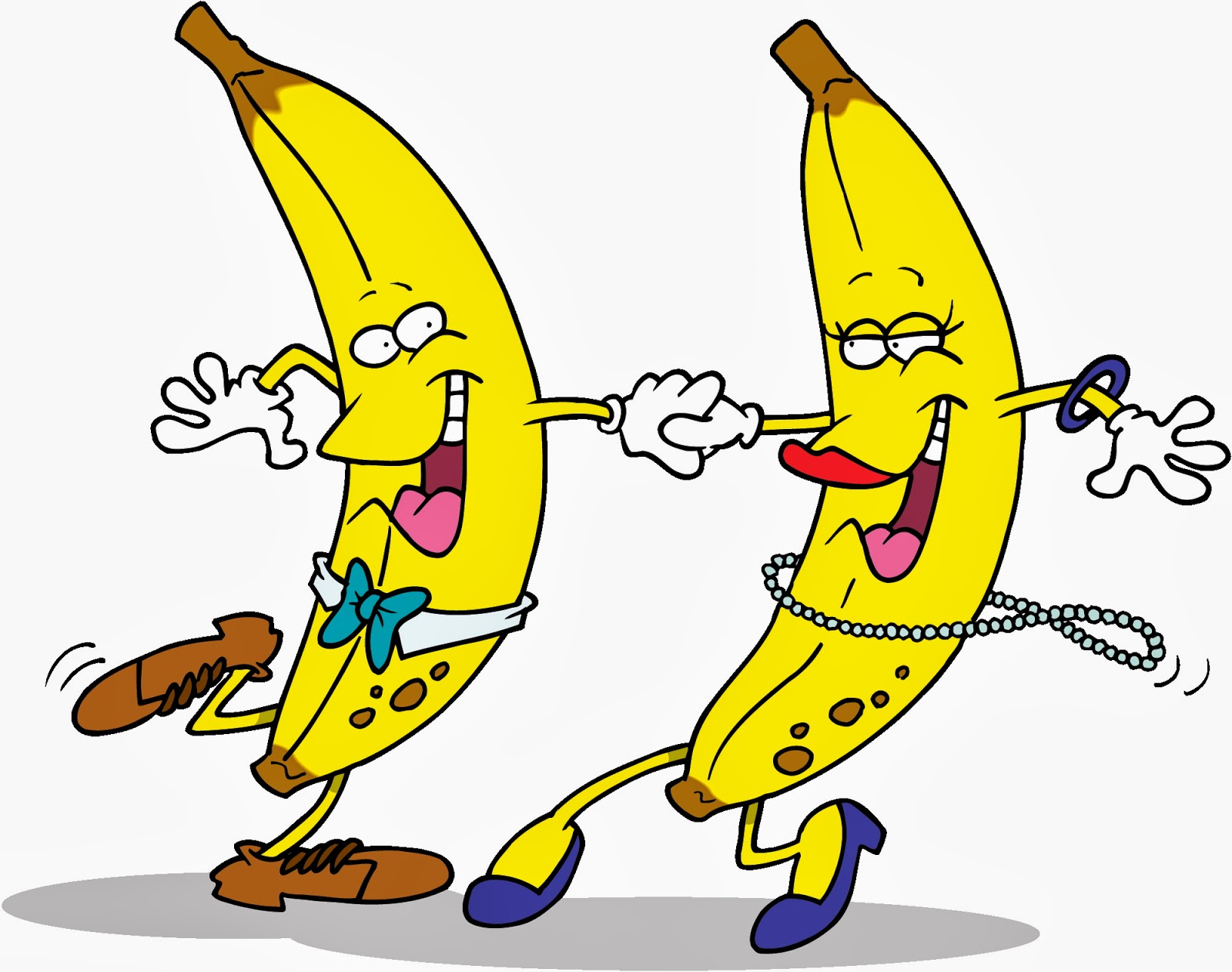 This one falls under the category of "you just can't make this stuff up." I write about ludicrous gun incidents often on this blog. The thing is, guns are dangerous weapons designed to kill. So when someone does something particularly stupid or ridiculous with a gun, it can also be potentially deadly and dangerous. Stunts with guns are really not a great idea. So when this Texas guy decided to help out a business by dressing up as a banana while wearing an AK-47 with a large capacity magazine on the gun, what should people think? Should they be amused? Should they laugh? Should they run away and call the police? Should they think the guy is another crazy shooter who just might start shooting at cars as they pass by? It has happened before. We know about crazy shooters in our country. We have had enough experience to understand that something really bad could just as well happen as not. But I digress. From the linked article, above:

A Beaumont man was cited by police after riling up motorists by standing at an intersection carrying an AK-47 while dressed as a banana.

Poe said the man in the banana suit was holding an AK-47 across his back with the barrel pointing down and holding a sign with an arrow pointing toward the store.

He was cited for soliciting along a highway.

Carrying AK-47s in public is no joke and not to be taken lightly. In no other country not at war do we see average citizens walking around in communities with openly carried guns. And openly carried assault rifles carried on the backs of men like the banana guy should be considered potentially dangerous.

Speaking of clever tricks to sell guns, is it OK to hire the NRA past President to be the opinion editor of the conservative Washington Times? Seriously? In what world does a person who represents an advocacy group with a clear agenda serve as an editor of a major national newspaper? Let's take a look at this ludicrous decision:

The Washington Times has made a special arrangement with former National Rifle Association president David Keene that allows the pro-gun advocate to serve as the paper's opinion editor, but still apparently be a spokesman for the gun lobby and serve as one of its top leaders.

The unusual arrangement is raising concerns among journalistic ethicists, one of whom accused Keene of "passing yourself off as a journalist."

When Keene was named opinion editor of the Times in July 2013, the Times stressed that he would have a leading role at the paper, stating he would "oversee the newspaper's editorial page, commentary section and online opinion strategy." Times editor-in-chief John Solomon praised Keene's ability to "craft... fresh policy ideas" and "inspire a new generation of conservatives to find their voice, embrace innovation and reach consensus."

But the story announcing Keene's appointment made no mention that he would apparently be continuing to serve as a leader and spokesman for the NRA. (...) Solomon went on to explain that he and Keene had "worked out a set of rules for him related to the NRA," adding that, "David recuses himself from editing any pieces in his department that are focused on the NRA. He is free to write about the NRA in his personal weekly column as long as he discloses to the reader in that column his continuing role with the organization."

A recent Keene column about the gun manufacturer Beretta included a disclaimer at the end that stated, "David A. Keene is opinion editor of The Washington Times and former president of the National Rifle Association, where he continues to serve on the board." The paper's editorial board has regularly weighed in on firearms policy issues during his tenure.

Keene's dual role presents an ethical quandary even with those restrictions, observers said.
"My question to Mr. Keene and the Times is a simple one -- who do you serve?" Kevin Smith, chair of the Ethics Committee of the Society of Professional Journalists, asked in an email. "Do you serve the NRA and its constituents or do you serve the readers of the Times? It's straightforward. Because if you believe your professional and ethical obligation is to promote the agenda of the NRA, then you have no business as an editorial page editor because you are a spokesperson passing yourself off as a journalist."

So the Washington Times and David Keene made their own rules about how this sycophantic relationship would work? Something doesn't pass the laugh test here. Is Mr. Keene a journalist? Does he know anything about the newspaper business?  What do we think would happen if Dan Gross, President of the Brady Campaign, was asked to be the Washington Post's opinion editor? I'm just asking. This really is no laughing matter. Writing an opinion piece for a newspaper is one thing. Influencing all of the opinion pieces for one newspaper is quite another.

And speaking of the NRA, this comment by one of their Board members begs credulity and more:

National Rifle Association board member R. Lee Ermey, best known for his drill sergeant role in the 1987 film Full Metal Jacket, criticized "neutered" boys who commit suicide because of bullying for not standing up to their tormenters.

Ermey made the comment during a February 7 appearance on an NRA News show to preview hisupcoming show on The Sportsman Channel Saving Private K-9. Claiming that "we've neutered all the young boys in this country," Ermey said, "We've got little kids committing suicide because somebody bullied them in the school yard. Well, you know what, I was bullied when I was a kid, but I tried diplomatically to get out of the situation. If that didn't work, then I would resort to force, I would pop the guy in the snot locker, drop him down on the deck, and he would think twice before he came and bullied me again." (...)

In addition to serving on the NRA's board of directors, Ermey is an "ambassador" for handgun manufacturer GLOCK.

Wow. Just wow. This is no laughing matter either. Suicide is serious. So is bullying. Do people actually believe this nonsense? Tough talk for sure. Actually who is the bully here? What is the message here? I'm just asking....

And finally, this could be the scenario in future natural disasters. The upcoming ice storm in Atlanta has people on edge. But when you go grocery shopping with your guns and supplies are short, why not shoot someone to get what you want? This is no joke. Two women went "bananas" at an Atlanta grocery store. Now the storm will have a new meaning for them. From the article:

The confrontation started as the shoppers were buying supplies ahead of a winter storm that had prompted Georgia governor Nathan Deal to declare a state of emergency. Both women remain hospitalized today with non-life threatening injuries.

Looks like these women will ride out the storm in the hospital which is not exactly what they had in mind when they headed to the grocery store with their guns. There was chaos in the store according to the article. But shooting someone over supplies? Come on. This is just not OK. It's no laughing matter to shoot someone over groceries. But it happens because we have Americans who carry loaded guns around in public places. This makes no common sense. Panic and guns don't go together. The risks are just too great. When someone has a gun on their person, incidents that would otherwise result in an argument, maybe a physical fight or some shoving, turn to avoidable violence. It doesn't have to be this way. But this is the America the NRA lobbyists and leaders envision. I would say it's not working out too well, right? Something needs to change. Let's get to work and make our communities safe from the pervasive gun violence occurring with regularity in grocery stores, at malls, in schools, homes, on street corners, hospitals and other public places. Surely we are better than this.

Others are writing about the banana guy as well because the incident is so ludicrous. Here is one from Joe Nocera's most recent Gun Report.

Another one here and here. I guess the gun owner got attention but maybe not the attention he wanted.
Posted by japete at 7:08 AM