Your wallet or your gun- you decide 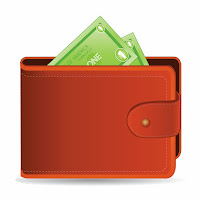 What will it take before we realize collectively that the carrying of guns in public is a really bad idea? Will it take more shootings of innocent people? Will it take more "accidents"? Will it take the shooters themselves literally "shooting themselves in the foot"? I don't know about you but it's just plain ridiculous that legal gun permit holders have continued to discharge their guns in public places. Take this one, for example. If you carry your gun around in a holster and it's close to your wallet, you should make darned sure that you reach for the right thing:


WHMI-FM reports the 32-year-old man from the Livingston County community of Green Oak Township was shot in the buttocks Thursday evening at the Home Depot in Brighton. Police say it appears he was reaching for his wallet when he inadvertently grabbed the pistol and a shot fired.

And believe it or not, there is another stupid and potentially dangerous incident of a Georgia man reaching for his money in a cafe and ending up with the trigger of his gun, shooting himself. You just can't make this stuff up. From the article:

Police say that when he reached into his pocket to get money for his meal, one of his fingers got caught in the trigger guard of the .45-caliber pistol.
The Athens Banner-Herald reports (http://bit.ly/KmLyik) that after shooting through the seat and bouncing off the floor, the bullet was found on top of a chair. No injuries were reported.

He had a permit to carry his gun around in public.

There has been an increase in these types of incidents and it is inevitable that after states passed looser conceal and carry laws, we would begin to see more gun permit holders making mistakes. When you are careless with your loaded gun, or even if you are careful, bad things can and do happen. Guns are dangerous. In the incidents above, both permit holders were lucky not to have injured or killed an innocent person or two. If these things keep happening, many stores will have to re-think their policies to allow guns inside.

My friend at the Walmart Shootings blog has issued a year end report about the shootings in and around Walmart stores in the past year. From his blog post:

In 2013, Walmart stores had 81 shootings, surpassing the previous year by last October!  That's 27 more shootings, or a 50% increase over 2012!  Those shootings left 24 people dead and 40 injured on Walmart properties nationwide.  See a full listing HERE.

But the shocking figures don't stop at shootings.  Armed robberies using guns at Walmart stores were also up substantially.  In 2012 there were a mere 21 that I could find.  In 2013, that number jumped to 75!  That's a whopping three and a half times more armed robberies with guns in 2013!


The NRA wants us to believe that arming people more would solve the problem, but the facts contradict that philosophy.  In 2013, people with conceal carry permits were RESPONSIBLE for twelve incidents of gun crimes and accidental shootings!  And the only self-defense shootings that happened on Walmart properties were by law enforcement and an armored car security guard.  In fact, three separate illegal shootings were committed by active Walmart employees!  Walmart currently allows conceal carry in its stores.  You would think that 12 incidents by permit holders would get them to rethink that policy!

I have written many times before on this blog about "accidental" gun discharges in stores, hospitals, restaurants and other public places. I have also written about "accidental" gun discharges in homes causing tragic deaths mostly to children, some as young as 2 months old. This is unacceptable. Clearly guns have not made us safer. The opposite is true. There are risks both to gun owners and the public when more loaded guns are in homes and public places. That is why we need to work very hard to strengthen our gun laws, not loosen them as has happened in some states and mentioned in my last post.

Common sense is just not in play when it comes to gun reform. Instead, our leaders lack the courage to pass strong laws that would help prevent the daily carnage in our country. They have been listening to the corporate gun lobby whose main mission is to sell more guns. That's what fills the wallets of the gun industry and the campaign coffers of politicians. Money supersedes saving lives. We need a serious national discussion about the role guns play in our daily lives. It's not just about laws. It's about a gun culture, uniquely American, that has allowed for the highest rate of gun deaths in the developed countries of the world. What we have now is just not working. So let's get to work to make the changes we deserve to prevent the devastation to our families and communities caused by gun violence.