Time to unpack the arguments about guns and have the conversation 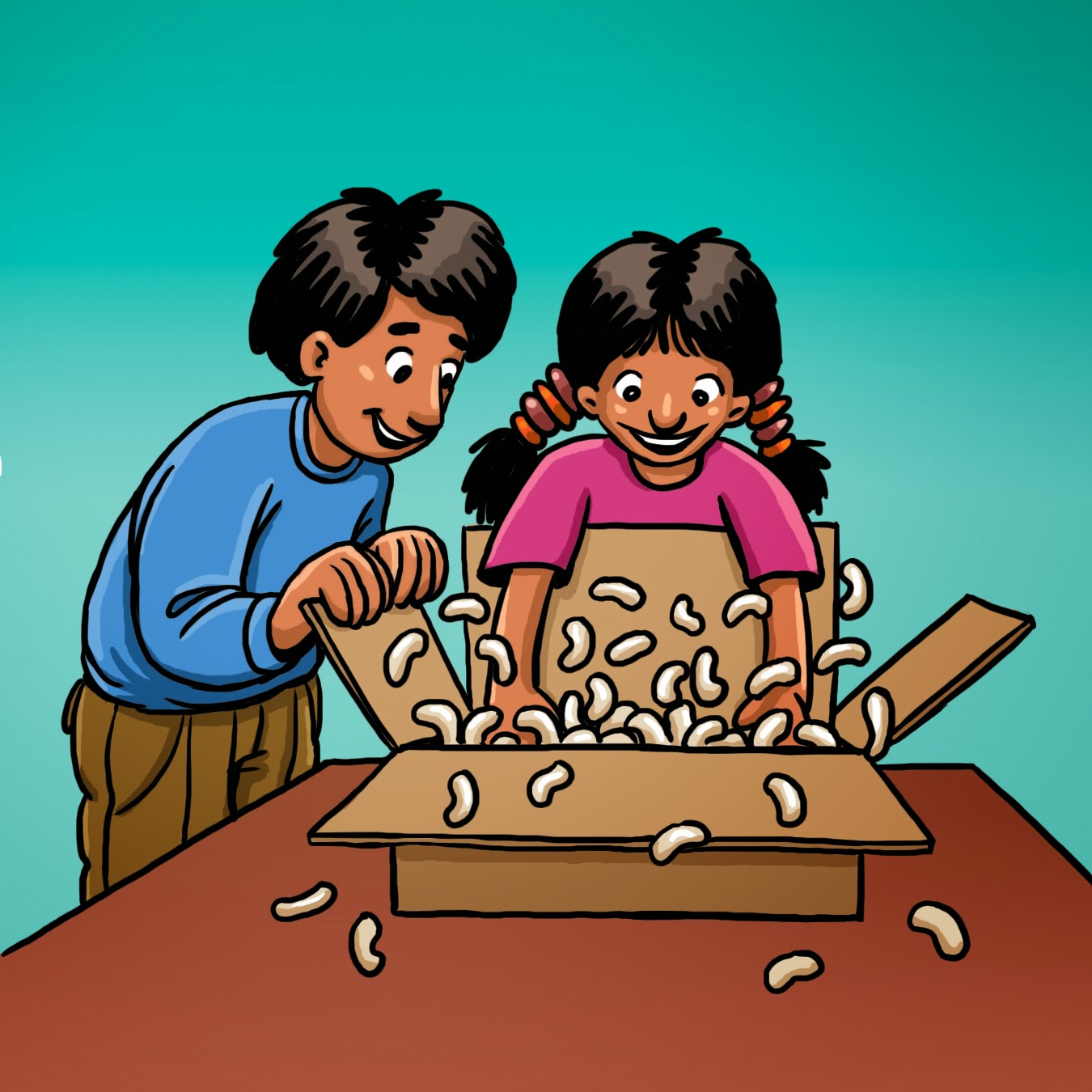 I have been away for a few days at a meeting concerning gun violence prevention. And I will be attending another tomorrow. It's always great to be amongst those who are passionate about saving lives and preventing gun violence in our communities. We know that there is way too much of it. The last few weeks' high profile shootings have created media buzz and public attention to the issue once again. And President Obama is not letting the gun issue go away. He uttered these words in his SOTU last night:


"Citizenship means standing up for the lives that gun violence steals from us each day," Obama said Tuesday in his State of the Union address. "I have seen the courage of parents, students, pastors, and police officers all over this country who say 'we are not afraid,' and I intend to keep trying, with or without Congress, to help stop more tragedies from visiting innocent Americans in our movie theaters, shopping malls, or schools like Sandy Hook."

What's wrong with "stopping more tragedies from visiting innocent Americans in movie theaters, shopping malls, or schools like Sandy Hook."? And further, though I spent some time unpacking my bags today and repacking for the next trip, none of us are packing our bags and going away. But Congress seems to have packed up their own bags on this issue. We are here to remind them that they have work to complete if they actually care about public health and safety in the country. They need to Finish The Job about Brady background checks for just one. Others are ready to make Congress unpack their fear of the gun lobby and lead on the issue of stopping more tragedies. President Obama is on the road talking about his messages from the SOTU speech last night. He is not packing up to avoid the important issues of the day, including gun violence prevention.

Now retired and disabled Congresswoman Gabby Giffords had this to say last night in an ad before the SOTU:

Her persistence and passion is important to the issue of preventing gun injuries and deaths. Her voice is now more clear than earlier appearances. She was still learning how to speak in complete sentences and struggle to make the sounds necessary for speech after the head injury suffered in the Tucson mass shooting in 2010. Thank you Gabby Giffords for being just one of the many voices calling for common sense. All she is asking for is responsible solutions. What's wrong with that request? The corporate gun lobby can't even agree to responsible solutions involving responsible gun owners, as both Gabby Giffords and her husband Mark Kelly are.

But the shootings continue unabated. In fact, there was a shooting at a University in Tennessee during the President's speech last night. According to the article, an argument escalated. When arguments escalate while a gun is in the mix, nothing good can come from it.

The gun lobby rhetoric also continues unabated. This latest column from Joe Nocera of the New York Times highlights e-mails sent to NRA members and others from the NRA leadership. Nocera wrote with excerpts from the e-mails. Here are a few of the quotes from the e-mails contained in his article:


OCT. 29 Subject: He thinks he can buy your freedom

New York City billionaire Mayor Michael Bloomberg is on an all-out mission to buy the U.S. Congress so that Barack Obama can ban your guns. And if you and I don’t take immediate action to stop him, he’ll get away with it. That’s why I’m asking you to sign this Voter Pledge the moment you get the chance. ... It is our job to make Bloomberg and his money TOXIC to every candidate running for office... and it all starts with your signed Voter Pledge TODAY

What can you carry in your pocket that can be as powerful as your gun? Frankly, it’s a card with your name on it. And a phone number. A number that will mobilize your personal “Medical Team” to come to your aid, any time day or night, anywhere in the world if you’re traveling and suddenly land in the hospital. ...

Thanks to the N.R.A.’s incredible influence and buying power, you now have access to ... 60 response centers around the world, over 1,500 air ambulances worldwide, medical teams responsible for continual monitoring of your health around the world if you should require medical attention. 40,000 N.R.A. MEMBERS TRUST EMERGENCY ASSISTANCE PLUS.

I recently sent you an email to alert you that your N.R.A. membership is about to expire ... To renew, simply click here to pay your membership dues ... and take advantage of our $2 discount for renewing online today. With our Second Amendment rights on the line like never before, it is critically important that leading N.R.A. members like you send a message to politicians in every corner of the country that every N.R.A. member stands ready to defend our freedoms. Your personal renewal commitment in 2014 sends that message loud and clear. And, N.R.A. membership gives you great benefits that you can’t get anywhere else.

And, from the article, this last one ended like this:

Yours in Liberty,
Wayne LaPierre

Notice the perks with your NRA membership. You can get a "medical team" to assist you while traveling? 1500 ambulances available to you wherever you go? Wow. Really? Does just a $35 membership get you such expensive perks? Or who is paying for all of that? We know the answer, of course.

Speaking of what's beneficial for gun carriers, perhaps they should have more than a card to call for medical assistance when traveling. Perhaps they should carry liability insurance to cover themselves in case they shoot someone while sitting in a restaurant. Why is it OK for folks with gun permits to show their guns to others in restaurants where families are there to enjoy a meal?

The man who accidentally shot himself and his friend in a crowded Mendon restaurant over the weekend was charged Tuesday with felony reckless endangerment and misdemeanor assault, according to a Monroe County Sheriff's Office spokesman.

John Cassata, 70, of Fairport, was showing his .38-caliber handgun to a friend, Charles Raab, 67, while sitting in the Cottage Hotel during the lunch hour on Saturday when the gun discharged, sending a bullet through Cassata's hand, ricocheting off his leg and grazing Raab's ankle, according to the Sheriff's Office.

Witnesses said the shooting left Cassata bleeding heavily and repeating, "I have a permit. I have a permit," referring to his pistol.

Hmmmm. Having a permit, the man must think, is his excuse for what went wrong at this New York restaurant. Is that the point of making sure someone knew that he had a permit? Is the logic here, if there is any, that if one has a permit for the gun or a permit to carry it in public ( or both) then it's OK to be careless with it in public and "accidentally" shoot someone? I'm just asking.

Let's take a look at a few other shootings by law abiding gun owners just for clarification about the benefits for gun owners of carrying their guns in public places.

First, you've juts gotta love this video. Should road rage result in someone pointing a pistol at someone else to threaten them? We all know the answer and why should we have to ask the question but this prosecutor thought it was OK because she had a permit to carry. Another law abiding permit holder excusing her behavior because she had a permit to carry. Is that OK? I'm just asking.

And why bring a loaded gun with you to the emergency room when you have a medical condition? Are you afraid the health care provider might do you harm instead of healing? Let's see now, did the benefits of carrying that gun outweigh any advantages? I'm just asking.

And in what makes no sense at all, some states are trying to force public universities into allowing guns on their campuses in spite of the increase in college ( and school) shootings of late. The way things stand now, really not much about the agenda of the corporate gun lobby makes common sense. They are falsely claiming rights while the rest of us don't have our rights to be free from gun violence. They are claiming freedom while the rest of us can't be free from gun violence. And remember, there was yet another college shooting yesterday during President Obama's SOTU address. Can the gun rights advocates actually claim that college students won't do more harm than any good they might claim by carrying guns around with them? Just read about the college shooting above. As Will Ferrell, playing Ron Burgundy in The Anchor Man says:

In case the gun rights advocates want to know why the rest of us are concerned about the increase of people carrying loaded guns into more public places, the above are prime examples. How can we have a reasonable discussion about the issue of gun violence without discussing incidents like the one above? I am not critical of all gun owners and all gun permit holders. I am critical of the laws that got passed without thinking through the consequences. If rights trump public safety and responsibility, things will escalate quickly into avoidable shootings. Our laws should reflect the awesome responsibility of owning and carrying loaded guns and make sure those who do understand the responsibilities. Guns are dangerous weapons designed to kill another human being or animal. That makes them different from other products on the market and they should be treated as such. We have a lot of work to do so now is not the time to pack up and leave the conversation. Now is the time to take the conversation to a different level and unpack the box about our national public safety epidemic. Lives depend on our doing this right. Let's get to work.
Posted by japete at 3:22 PM