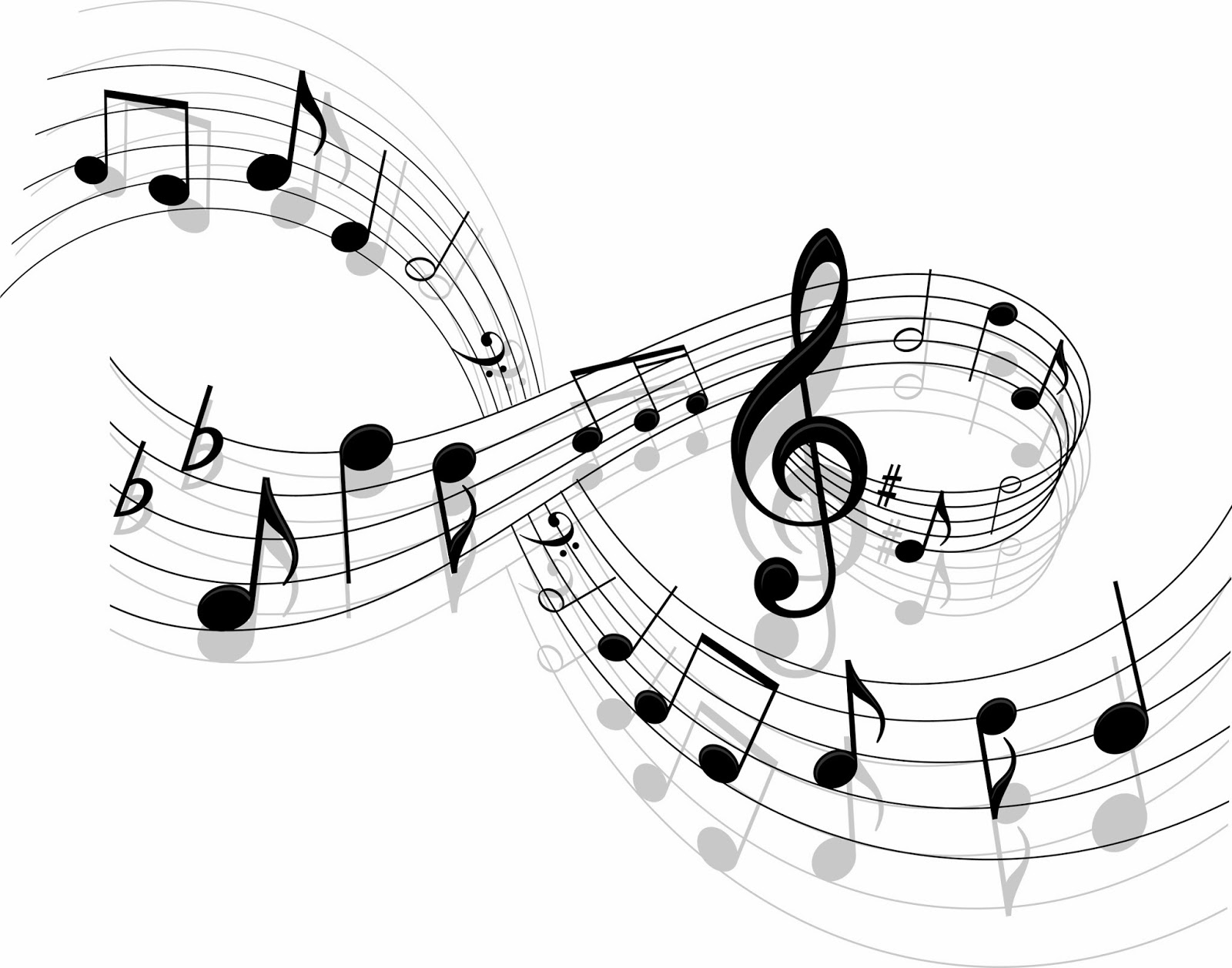 A friend sent me this link to a group of musicians who are playing with instruments crafted from guns. You may or may not like the music but you can certainly appreciate the idea that making guns into musical instruments is a better use for them than for killing or injuring another human. Here's the video:

Others are making jewelry from melted down guns. This company, for example, began to make jewelry after the Newtown shooting as a symbol for a different way to use the metal for guns. From the article:

A company formed in the wake of the Newtown, Conn. tragedy is spreading its message of reducing gun violence by turning firearms into jewelry.

Social entrepreneur Peter Thum was in the process of creating a company called Liberty United when the shooting at Sandy Hook Elementary School took place on Dec. 14, 2012 in which 20 children and six adult staff members were killed by 20-year-old Adam Lanza. Launched in June, Liberty United collects and destroys illegal guns, then uses the material from that process to create jewelry. (...)

In 2009, Thum created a similar business named Fonderie 47 that makes high-end jewelry from illegal AK-47 rifles in Africa, many of which are confiscated from child soldiers.

“Most of the people I talked to about that idea said this would never work," he said. “We've now removed over 32,000 guns from circulation in Africa." (...)

Thum has reached out to local city and police officials across the United States about getting guns from buyback programs and weapons releasedfrom evidence. So far, Liberty United has partnered with officials in Philadelphia, Syracuse, N.Y., and Newburgh, N.Y., and is looking to expand to more cities.

Such a peaceful use for illegal guns. I had the opportunity to see a bracelet purchased by a friend who bought it from this company. It is a beautiful piece of jewelry. This is a good way to get those illegal guns out of circulation instead of back on the streets where using them could end in a death.

There are estimated to be about 300 million guns owned by Americans. That is a stunning number of guns- almost as many as there are people. From the linked article:

There are certain types of firearms that do require registration in the United States: those subject to the National Firearms Act, including machine guns, shotguns and rifles with barrels shorter than 18 inches, and silencers.

According to the Bureau of Alcohol, Tobacco, Firearms and Explosives, which handles that registration, there were more than 3.1 million National Firearms Act-registered weapons in the U.S. as of March 2012. That includes more than 488,000 machine guns and more than 2 million “destructive devices” such as grenades, which are also classified under the law.

In other news about re-using guns and ammunition, actor Sean Penn was convinced by his new love interest, actress Cherize Theron, to melt down his 67 guns, yes 67!, and some ammunition and have them made into a sculpture. There are many useful and peaceful things that can be done with guns other than shooting people. Yes, I know that using guns for hunting and target practice may also be useful and that is the way most gun owners choose to use their guns. But way too many guns are not used for those purposes and end up causing a lot of pain and suffering to American citizens. And if we want to know why there are so many guns in America but fewer households owning the guns, Sean Penn's 67 guns help to explain this phenomenon.

As my readers know, I write constantly about the senseless shootings in communities all over America. Many others have joined me in this effort. Why do we do this? Because unless it is understood that we have allowed these senseless shootings because we have done little or nothing to stop them, we will not change what we are doing to save lives. As just one example of many many more dangerous incidents with guns, check out this story of a Washington state felon and how he managed to access many guns. Speaking of fewer people owning more guns, this is a prime example. Never mind that this guy owned his illegally. Let's take a look:


According to federal prosecutors, Parks bought three assault rifles from men reselling guns they’d purchased from licensed gun dealers, including Cabela’s. One seller told police he bought the AR-15-style rifle after a gunman killed 20 children and six adults at an elementary school in Sandy Hook, Conn. He told investigators he bought the rifle because there would be “none were left in the stores” following the mass slaying. (...) Parks’ recent troubles began March 30, when an ATV rider told Forest Service police men shooting nearby had been mean to him. The officers went to the clearing where they found Parks, another convict and three others shooting rifles at explosive targets.

A Chevy Yukon and Ford Ranger parked nearby were packed with gun cases and ammunition. Investigators ultimately seized eight guns, including four assault rifles; two of the rifles were found in the Yukon, which was registered to Parks’ girlfriend.

Dressed in green BDUs and a camouflage “boonie” hat, Parks dropped a meth pipe after officers handcuffed him. Police seized the weapons – as well as methamphetamine and drug paraphernalia in the vehicles – but ultimately let Parks go.

As a convicted felon, Parks knew gun possession to be on his long list of “no-nos.” Nonetheless, in the days after his arrest he left at least three phone messages with Forest Service police asking that they return “our guns” and his tactical vest.
In email sent from federal detention, Parks told a white supremacist minister the incident was an “illegal gun grab.” A second convicted felon arrested at the clearing was also prosecuted. Under Department of Corrections supervision at the time, he pleaded guilty and is currently serving a four-year term in federal prison.

While Parks failed to get his guns back, he succeeded in sparking investigators’ interest.
Agents with the Bureau of Alcohol, Tobacco, Firearms and Explosives searched Parks’ Belfair home in late July. Scouring the home, they found manuals for the seized guns as well as a revolver and body armor. They also found sales records detailing how it was that Parks came to own at least three AR-15-style rifles.

Parks bought one of the rifles, a Smith & Wesson, in late January or early February 2013 from a Belfair man who’d purchased it a month before from Bull’s Eye Shooter Supply in Puyallup.

The initial buyer told investigators he bought the gun because he believed semiautomatic assault rifles might be banned after the Sandy Hook massacre, during which the gunman used an AR-15-style rifle as well as a handgun.

And then he was able to buy even more guns with no background checks. More from the article:


The man said “he figured he would purchase a rifle before none were left in the stores,” an ATF agent said in court papers, recalling an interview with the man. He “had the rifle for a short time, but he said he and his wife needed money, so he put the rifle up for sale on Craigslist.”

Parks contacted the man through the post and bought the gun at a Chevron parking lot for about $2,000. The seller described him as “one of those end of the world types of guy,” according to the ATF agent, but didn’t ask to see his id or attempt any kind of background check.

A few months later, the man sold a second rifle to Parks. He told investigators he again bought a pricey AR-15 – a Bushmaster Firearms International this time, bought at the massive Cabella’s sporting goods store in Lacey – but almost immediately realized his family was short on cash and sold it on Craigslist.

How easy this all was. Only in America do we actually make it easy for felons and others who should not have guns to get them anyway. Guns all start out in the legal market as you can read about above. And from there, it is way too easy for guns to be sold in the illegal market or, senselessly in the legal market of private sellers. This is not OK. Way too many Americans lose their lives due to gun violence. It is devastating to our families and our communities. Common sense tells us that we should be doing something about this. But we aren't.

It's time for that to change. We can do things like ask Starbucks and other coffee shops and restaurants to stop allowing guns inside. We can ask Facebook and Instagram to stop allowing for trading and selling guns on their sites. Who knows to whom these guns are sold if sellers are not requiring background checks. We can pass state and better yet, federal laws, requiring background checks on all guns sold. We can do a better job of stopping straw purchasing and trafficking of guns. We can educate the public about the risks of owning guns. We can make sure that gun owners secure their guns safely away from children and teens and others who shouldn't have them or who want to steal them.

This is not rocket science. We have enough evidence of how guns get into the illegal market place and get used in dangerous activities. With so many guns in circulation, it is inevitable that many of them will be used for the purpose of homicide, suicide and "accidental" shootings. This is not OK. We could be doing something else with the materials used to make guns. And we can make use of the illegal guns that have been confiscated in crimes and/or in gun buyback programs and turn them into peaceful and beautiful objects. Making music and jewelry is a lot more pleasant than picking up the pieces after yet another senseless shooting. It's also more useful and pleasant than having to arrest a White Supremacist Meth smoking felon who so easily amassed an arsenal of guns.

It's time for a change. Let's get to work.