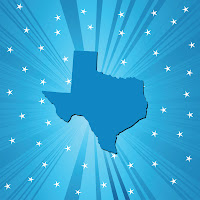 I write a lot on this blog about trying to get leaders and others to do the right thing concerning preventing gun violence. It happens occasionally. Some states have passed new laws to keep guns away from those who shouldn't have them. That's a good thing. Saving lives is always a good thing. Some folks are now talking about other things that can be done, as I mentioned in my last post. Doing good research into the causes and effects of gun violence would lead us to do what's right to save lives. That's a good thing. Maybe trying some new things like requiring insurance for gun owners or requiring training before someone can purchase a gun would work to save lives. We haven't tried those things yet so we don't know if they would work but it seems like a good idea to me. Also requiring gun manufacturers to try new technology to make guns more safe, just like car dealers were required to install seat belts and then air bags and other safety features would be good. And it will save some lives.

So what other common sense things are happening regarding gun violence prevention? Who would have thought that the state of Texas would be the place where common sense is happening? A Texas county has decided to close down a popular gun show because the owners refuse to require background checks on all sales. There's a bit of common sense hardly seen these days. Apparently gun violence prevention groups have been working to make this happen for several years and it finally did. From the article:

A popular gun show will no longer take place in Travis County after January due to county officials wanting background checks to take place for all gun purchases.

Travis County Commissioners are letting a contract with Saxet Gun Shows expire after the company refused to require background checks for all gun purchases, according to the Austin American-Statesman.

“If you use a public facility to sell guns, we really oughta have background checks done. Or don’t use the facility,” County Judge Sam Biscoe, the chairman of the commissioners, told the American-Statesman.

Also in Texas a mall posted no guns allowed signs after the owner of a shop selling tactical equipment walked through the mall with his AR-15 strapped to his back. People got upset and frightened. I mean who wouldn't? We have had mass shootings in malls all over this country. Clackamas. Omaha. Who's to know whether this guy had bad intentions? What's happening in Texas? Have some folks finally had enough with the extreme gun culture? Let's hope so.

Toby Keith's new restaurant chain has posted signs in some states telling customers that guns are not welcome inside. Gun violence prevention groups have thanked the restaurant owner and the chain managers. But you would think the world had come to an end for the gun rights folks who have sent ugly messages to the Facebook page of Toby Keith's I Love This Bar and Grill. People may have a right to own and carry guns but other people have a right to say they don't want them in their public or private spaces. If it comes to a point where the gun rights folks bully their way into all public places with no regard for public safety, we will be living in a tyranny of a different sort than the gun rights folks are afraid of.

There's some common sense also coming from Florida where a gun dealer was concerned about too many gun suicides at his gun range. The owner stopped renting guns out. Did he think he might be held responsible? And why do people rent guns and then shoot themselves? If someone is suicidal, they must understand that a gun is a fast and easy way to complete the job. From the article:

Khaled Akkawi, founder of the Apopka-based chain, made the decision last month after the latest suicides at one his gun ranges.

"We've had enough," Akkawi said Friday. "They've been increasing real fast and the one common denominator — everyone is done with a rental gun."

Shoot Straight joins a growing number of gun ranges across Central Florida that have restricted or prohibited gun rentals to stem the deaths.

While no agency tracks gun-range suicides, there have been at least 11 of them in greater Orlando since 2009, according to Orlando Sentinel reporting on the deaths. All were committed with rental guns.

It is surprising actually that this gun dealer has some common sense. I guess when people are shooting themselves at your place of business, it's pretty shocking. Oh, and there's more of interest from this article:

Local gun range owners said they have no way to check customers' mental health records, and state law does not permit criminal background checks on rental customers to weed out convicted felons.

In addition to the tragedy of each death and distress for gun range employees and customers present when they happen, Harvey said each suicide costs about $5,000 in lost business and expenses required to reopen.

Some of the only research on gun-range suicides has been conducted at Harvard School for Public Health by Catherine Barber, director of the Injury Control Research Center, who found only 51 gun range suicides out of about 30,000 shooting suicides reported by 16 states from 2005 through 2010.

"It's a very rare occurrence," Barber said of the gun range deaths.

Florida was not among the 16 states that are part of her research.

Restricting or banning rentals has a significant economic impact on gun ranges, where the majority of renters don't own firearms. And about 20 percent of the renters are gun owners who want to "test drive" new models before deciding which to buy, according to range owners.

Ah, there's the rub. A shooting death is messy, inconvenient and banning rental guns is a financial burden to the gun dealers who might consider doing so. Further, no background checks are required on rental guns so no way to find out if the person is a felon, a dangerously mentally ill person or maybe a domestic abuser. Lots to think about here. And why white males? It turns out that there is a high rate of suicide amongst white males. There is also a high rate of gun ownership amongst white males. Can we draw any conclusions here? Perhaps. The gun shop owner did. When a gun is owned or available, there's a better chance it will get used against you or someone you love than in self defense. Guns are dangerous and designed to kill.

And finally, an article written by Daniel Webster of the Johns Hopkins Center for Gun Policy and Research urges common sense to come from all of those gun owners and NRA members who actually agree that we can and should pass reasonable gun laws. From his opinion piece:

When you hear something enough times, you begin to think it's true. And that's exactly the intent of the NRA and other groups.

Federal law forbids the federal government from maintaining anything resembling a registry of gun owners. Federal law has mandated background checks for guns sold by licensed gun dealers since 1994 without creating a registry. Exempting private gun transactions from background check requirements facilitates gun trafficking. Fixing this fatal flaw in the system would curtail the diversion of guns to criminals.

In the year since the tragedy in Newtown, it is likely that more than 12,000 Americans have died of gun violence and countless others live in fear of being shot. We should stick to facts, dispel myths, and call a truce to cultural battles.

Current federal gun laws aid criminals and the gun industry at the expense of public safety. Requiring background checks for all gun sales would give the vast majority of gun owners what they want while keeping guns from those who shouldn't have them.

So yes, we need more of this common sense. Why? It can and likely will save lives. In the end, that is what this is all about. What we have now is clearly not working. Some changes are happening but they are not enough. The truth is that reasonable gun laws will lead to more public safety and not affect law abiding gun owners. Let's get to work to make sure we are preventing the devastation of gun violence to our families and our communities.