Sequel to "You just can't make this stuff up" 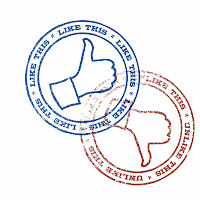 I guess I should just write a series about stupid and dangerous gun incidents since I have been writing about them so often. Oh, right, I did that for a while until there were so many it was hard to write about all of them. Just like there are so many unintentional shootings that the writer of the Ohh Shoot blog can hardly keep up. Just like there are so many shootings of and by kids that the writers of the Kid Shootings blog can't keep up with them all. Joe Nocera of the New York Times writes about so many shootings in his Gun Report that it is overwhelming to his readers. And my friend at Walmart Shootings can hardly believe all of the gun and shooting incidents at those big box stores which also sell a whole lot of guns. But I digress.

We all know that holiday shopping has already begun. I was at my local Mall yesterday and annoyed by the piped in Christmas music. I am just not ready to admit, I guess, that the season is here for Santa visits ( that was all set up in my area Mall), Christmas lights ( they are hung downtown in preparation for the annual Christmas City of the North parade coming up this Friday and the general feeling of anxiety over making sure everything gets done. And it's not even Thanksgiving. If there are more incidents like this one at an Iowa Walmart, however, the holiday shopping season is going to more exciting than ever. From the article:

Police said an Iowa man was arrested after his concealed weapon accidentally fired while he was shopping at Wal-Mart.

Officers said Christopher William Strube, of Centerville, was shopping Sunday afternoon when the .45-caliber handgun fired from his pants pocket.

Investigators said the 50-year-old Strube told them a bottle he was carrying struck the weapon and caused it to fire one round.

And he just kept shopping. Why not? So a gun fired from your pants pocket. No problem. Just maybe pretend it didn't happen and go about your business. Maybe nobody noticed. Until the next day, of course, when law enforcement arrested him for discharging a weapon in the city limits. He is a law abiding gun permit holder. You know- the ones who are always safe with their guns in public and will protect the rest of us in public with their loaded guns.

Which brings me this article in Slate which reminds us that there really are no "accidental" shootings of children. Or maybe no accidental shootings or discharges at all. I mean, can we call the Iowa Walmart incident an accident? The man knew he had a gun in his pocket. Guns are dangerous. When you carry them around, you have to make darned sure you don't shoot more than a can of beans. Let's take a look at the article:


For those of you who haven’t followed my reporting on this topic, I believe that most accidental child shooting deaths in this country are not accidents at all, but the devastating consequence of a lax approach to gun safety on the part of parents or guardians. The closer you look at stories of this type, the more similarities you find between them—the guns in question are typically left out in the open, rather than in a gun safe; the parents or guardians often overestimate their kids’ expertise with firearms—and the more preventable they appear. Reporters can help raise awareness on this topic by giving these stories more attention than they might initially seem to deserve.

And then the author of the article, Justin Peters, who has been writing about this topic, offers advice for how to cover stories of "accidental" shootings of children. His last paragraph of advice is this:


Try to avoid the word “accidental.” Whether it’s fair or not, the word “accidental” in this context implies that nobody is at fault, and that the shooting couldn’t be helped. I think that’s dead wrong. These shootings generally could be prevented, if the adults in question had just followed some common-sense gun-safety procedures; their willful failure to do so means that those adults are the ones at fault. These are not accidents. Use a word like “unintentional” instead.

Unintentional is the right word. A child doesn't intentionally shoot him or herself with a gun found around the home. Unless, of course, he/she uses it in a gun suicide which is another topic all together. All I know is that there are far too many children dying from avoidable gunshot injuries and someone is responsible for the easy access to a gun. It's time for that to change. The risks of guns in the home is great- greater than using them for self defense. That message needs to be made loudly and clearly.

But I want to talk more about the response to my last post, the prequel to this one. It has attracted some new readers and new commenters who have not read what I have written before. They want to rehash old arguments. I don't intend to go over old arguments with gun rights extremists. There is no good end to this because we won't change each other's minds. Most gun owners happen to agree with me so those are the folks, along with non gun owners, for whom I write this blog. Those are the people who may be activated to do something positive after reading something I write or researching the issues about which I write. So the comment I have quoted below struck me as someone who is really not interested in any sort of common ground. I decided to publish it because I did want to respond to what he said ( maybe against my better judgement!) Here is his comment:

MN does not have a magazine capacity law that I can find for hunting, other than a restriction for shotguns of no more than 3 shells for bird hunting.

The only reason I would have a large capacity magazine is to protect my family from multiple people invading my property. I am responsible for protecting myself and my family. Any law enforcement would arrive too late.

The Supreme Court of the United States ruled in 2005 that police do not have a constitutional duty to protect someone. I am sure that most would do their best to protect and serve, but they will arrive after an event, too late to help.

SCOTUS ruling from the NY Times, 2005

Joan, the common sense thing to do is to require enforcement of existing laws and take on the criminals. All you are doing is trying to make criminals out of law abiding citizens.

Let's work together and take on crime and enforce the thousands of existing laws. It is the common sense approach.

Let's talk about what is written here. There is not a Minnesota law that limits magazine size. That is not news. My husband is a hunter as are many of our friends. I believe that most deer hunting guns take 5-6 cartridges/rounds. If you can't get your deer with that many, it's time to pack it up and go home. Now to the next point. When is the last time multiple people have invaded someone's property? This ludicrous and dark view of the world has led to the gun culture we now are stuck with in our country. There is no need for an AR-15 for self defense. The chances of multiple people invading someone's property are slim to none unless you actually believe the hysterical rants of the far right extremists about the government coming for your guns. (please don't google this and send me the one example someone sent a while ago of a group of thugs who tried to rob someone's home and didn't succeed- they knew the home owner) Usually shotguns or handguns are recommended for this purpose.

As to the notion that police don't have a constitutional duty to protect someone, I say nonsense. The case cited in the comment above is a narrow reading about response to a domestic violence case. As someone who sits on the Board of Domestic Abuse Intervention Programs known for its' Duluth Model, I know that things have and are changing requiring mandatory arrests for domestic abuse. DAIP provides trainings for law enforcement and others involved in a coordinated community response to domestic violence. Officers now arrest domestic abusers and hold them in jail for a period of time until a court hearing where things are sorted out.

Further, in spite of that Supreme Court decision I doubt that police officers would refuse to answer 911 calls. They come when needed. They are on our streets putting their own lives at risk every day to protect our communities. It is understood in their literature and their oath of office that their job includes protecting the lives of residents in their duty area. This is another nonsensical excuse for why one needs guns to protect oneself. It doesn't even make common sense to bring forth this argument. If you ask most citizens, they would agree that law enforcement is there to help protect them.

While we may need to do a better job of enforcing some of our gun laws, that is no excuse for not passing stronger gun laws to keep guns away from those who shouldn't have them. Most of the time, the gun rights extremists can't even name the laws that are not being enforced, when asked. This is a red herring.

No one will make a criminal out of a law abiding citizen unless that person does it him or her own self. Gun laws only make criminals out of those who are not following the law. This is another red herring and has no substance or evidence to it.

If this commenter truly wants to work together to take on crime, he will support requiring background checks on all gun sales. Only 60% of gun sales now require background checks. Making sure the other 40% have background checks will stop those who shouldn't have guns from getting them in the first place. That would finish the job started 20 years ago when the Brady law was enacted. Keeping criminals, domestic abusers, dangerously mentally ill people and others from getting guns they shouldn't have will prevent some of the shootings so prevalent in our communities. We can save lives and prevent crimes. Let's get to work.

I really thought I had heard and read it all. A Michigan man tried to kill himself with a gun. He missed and killed someone else instead:

Police said the suspect called 9-1-1 to report he had tried to commit suicide, but missed, shooting the victim. When authorities arrived, the man came outside with his gun, but went back in the house and tried to flee out the back.

Another shot was fired. Police were then able to apprehend the man.

You just can't make this stuff up.
Posted by japete at 3:53 PM