Where is our moral compass about gun violence? 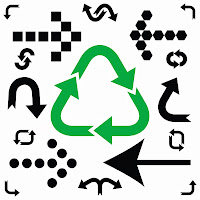 I just ran across a really interesting and graphic site showing how many years are lost to the people whose lives are lost from guns. In just 2013 so far the graphic shows us that 8161 Americans have been killed in gun homicides and 357,447 potential years have been lost ( when I wrote this- there will be more depending on when you check out the site) to not only the person who was shot but to their friends, families and employers.

The prevention of gun violence and lost lives due to bullets should be a moral imperative in America. What are we doing about it? Our Congress has spent so much time trashing the Affordable Care Act which will finally provide health care to Americans who need it that they have lost their way about some of the most important issues of our time. They don't want Americans to have health insurance but they do want them to have guns. How can a reasonable person make any sense out of this? What happened to our moral compass? Elected leaders can be that compass if they so choose. Some have tried to be, especially after the Sandy Hook shooting. President Obama led us through the difficult days and weeks after that shooting by expressing his heartfelt desire to stop the shooting of 6 year olds in their schools. He pushed us to do something about it. He asked Congress to pass laws. But Congress didn't listen to the public or do what was morally right. Instead, they got themselves twisted into pretzels avoiding the lost lives in order to appease a minority of loud and paranoid folks who hold sway over our political system.

Senator Joe Manchin, after sitting in a room full of parents of those 6 year olds, still grieving so soon after their deaths, wiped away tears and decided to do something. He told those parents that he could do something. I admire him very much for the courage it took for a gun owning man from West Virginia to put down his mantle of second amendment rights and stand up for the victims. There is a man with a moral compass. He knew that his own grandchildren could have been in a school where a crazed gunman decided to snuff out the lives of so many. But his voice fell on the deaf ears of his NRA bought and paid for colleagues.

Howard Schultz, Starbucks CEO understands that bringing loaded guns into his stores is a problem. The general public is simply not OK with guys openly carrying their assault rifles over their shoulders in a place where they go to relax. Who can relax over coffee when guys with AR-15s are standing or sitting around with their own coffee? Are they the good guys with their guns that NRA CEO Wayne LaPierre wants us to believe? Or will they turn out to be bad guys with guns and shoot up the place or accidentally discharge their guns? Heidi Yewman, my friend and colleague, asked this question when the Brady Campaign first took up the challenge with Starbucks allowing the gun guys to display their guns inside of the coffee shops to make a point. I like what Schultz says in this video after he made his decision:


"...guns should not be part of the Starbucks experience." But notice that Schultz is still afraid of the "guys with the guns". He didn't advocate to ban guns in his stores. He could have. He, too, is aware that those "good guys with guns" can cause a lot of trouble. That's what they do. And what is the point of guys with openly displayed guns showing up in public places? Let's remember that it was a guy with a gun who started firing at the Navy Yard. He was a "good guy with a gun" because he was not labeled to be a "bad guy with a gun." It only took seconds for him to turn from the good guy to the bad guy. He shouldn't have had that gun in the first place. But when our gun laws allow for just about anyone to have a gun anyway, this is what happens. First graders are massacred in their schools. Movie goers are massacred while watching a film. Police officers are shot by a mad man in a surprise attack at a coffee shop. Sikhs are mowed down while practicing their religious faith at a temple. People going about their business at a sign shop are killed because of a beef with the boss. Mall shoppers are terrorized and killed for no real reason. Military members are murdered by a colleague. College students sitting in their classrooms are killed for no reason by a mentally ill student. A U.S. Congresswoman is seriously wounded in an assassination attempt in the parking lot of a shopping mall.

Watch as Sandy Phillips, whose daughter, Jessica Ghawi, was mowed down in the Aurora theater shooting, takes on Wayne LaPierre. Whose side do we want to be on? How many mothers will have to go on TV and talk to us about her pain after losing a loved one to a bullet(s)?


Now there is common sense. More common sense comes from an editorial written by Colorado state legislator, now driven out of office by the corporate gun lobby, whose moral conviction got her evicted from office. She stood for the victims and what was right and the corporate gun lobby went after her. The rights of citizens to be safe from bullets in their communities is worth the fight. Isn't it sad and cynical that there has to be a fight at all? It should be a no brainer. But not in America.

Where is our moral compass? What is the lost potential of all of those citizens, senselessly killed as we sit back and let it happen? When will Congress and other elected leaders decide that we just can't sit back any longer and watch this happen? What will it take for change to happen? How many more lives will be taken from us collectively before our conscience takes over?
Posted by japete at 2:26 PM