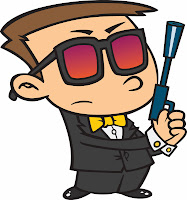 The Sparks, Nevada school shooter was 12 years old. He got his gun from his home. I wrote in my last post about the access of guns by kids who too often actually shoot themselves accidentally but more often use them to kill themselves intentionally. The majority of gun deaths in America are labeled as suicide. Guns in the home are a risk and we are not talking enough about this risk. Doesn't it just make common sense to safely store a gun(s) in the home away from those who shouldn't have access? Some states have safe storage laws and child access prevention laws. But too often gun owners who have purchased a gun for self protection think they need a loaded gun readily accessible to them just in case. Just in case of what? Those guns are more likely to be used against you or someone in the home than in self defense. Further, guns are stolen from homes and then become part of the illegal gun market. As I wrote in a recent post, the NRA is opposed to safe storage laws. Apparently that is because they ascribe to the position that if a gun is locked up it can't be used in some sort of emergency. In the mean time, too many avoidable and senseless gun deaths occur because of loaded guns in homes or public places.

Again, I ask my readers to check out the Kid Shootings blog for how often children, some of them just toddlers, find guns laying around in homes and accidentally discharge the gun, killing themselves or someone else. Are there really accidental shootings? Isn't someone responsible for leaving that loaded gun around where small hands can find it? That is why safe storage is necessary. That is why it is so important to ask if there are guns in homes where your children hang out. Do we want an America where the vision of young kids with guns becomes the norm?

Children seem to love guns. There is a curiosity and fascination with guns. My grandsons, as my son did when he was young, love to pretend shoot with anything available- fingers, sticks, other toys- some of which don't even resemble guns. I am not sure why this is true because my granddaughter does not do this nor did my daughter when she was young. The oldest of my grandsons has been exposed now to Air Soft guns in his neighborhood. These guns are very real looking handguns and assault guns, like AR-15s. Sure, kids have played with guns for years. The guns of my youth were real looking pistols carried in holsters seen in the cowboy movies of that time. Back then, 12 year olds were not shooting up teachers in schools. I can't remember any school shootings in my youth actually. But then they started. It became a recognized phenomenon, unique to America, that kids could bring guns to school and shoot teachers and other kids. Remember Columbine? Remember Paducah? And many others since. Naturally when law enforcement officers see a teen-ager with a gun, they fear that that gun is real and could be used.

Unfortunately, police shot a 13 year old California boy carrying a replica AK-47 which looked an awful lot like the real thing when the boy aimed at the officers. They shot and killed him. The article doesn't say that the gun had a red tip, typical of most of these kinds of "toy" guns. This is a tragedy, to say the least. Should the officers have shot? The gun looked real to them. They asked the boy to put the gun down and he didn't. There are a lot of questions here to be asked and answered and now another family and community are devastated by a shooting. Police officers shouldn't shoot young kids with replica guns. Kids should not have real guns accessible to them. This is a complicated and tragic story for sure.

We have a culture in America where kids now play with very real looking guns in their neighborhoods. Most of the time, this is perfectly innocent. But where do they learn to aim a gun at officers and not drop the gun when asked? The boy also had a toy handgun in his waist. Now where do kids get ideas like this? How about the gun rights extremists who swaggered around at the Texas Alamo with handguns and assault rifles strapped to their bodies as they did last week? The rhetoric from this rally should be very concerning to us:


None of the other speakers, however, demonstrated the sheer rage of conspiracy theorist and syndicated radio host Alex Jones. Jones blasted gun control activists, slammed Congress, deplored globalization and compared Mexico to “a countrywide Chicago” before suggesting that Second Amendment rights extend to that nation, too. All rally long, Jones would wander about the demonstration grounds, hosting impromptu sub-rallies for a few moments before breaking up his own gatherings and returning his captive audiences’ attention back to the speakers on stage.

San Antonio police chief William McManus got a chuckle out of that line as he watched Jones speak over the official demonstration’s P.A. system. He wouldn’t say how many police officers he had at the event, just that there was “a substantial number.”

War? Really? Is that what all of these guns are for?

How about the more frequent Open Carry rallies supported by the gun rights advocates all over our country? How about the adults who carry their loaded guns in public for all to see? Remember the guns at Starbucks campaign? I do. It didn't go so well for the gun rights folks. Why? People don't like to see loaded guns carried around in public. It does not make them feel safer. I wonder why not? And don't we think kids notice this? I know they do. Last spring we took our grandchildren to a restaurant close to their home in Minnesota. A man with a loaded gun openly holstered was standing in line in front of my grandson. He noticed and called my attention to it. It impressed him and he was very curious about this. What are kids supposed to think when the adults in their world carry loaded guns around? Maybe they should, too. Why not? When the gun rights advocates want to "normalize" the carrying of guns in our neighborhoods, they are setting an example for the children around them. I'm sure they think it's a good example. But we have the only country in the world where teen-agers regularly shoot themselves or other people in schools, on the streets and in homes. Is this the America we want?

There is another problem here. The cavalier manner in which some gun owners promote the purchase and carrying of guns has led to a rate of gun ownership in American not seen in any other country. There are about 90 guns for every 100 people in America. Seriously. The hyped fear and paranoia of the gun rights extremists fostered by the corporate gun lobby has led to an increased sale of guns. Interestingly the rate of gun ownership is down but those who own guns often own many of them. They must be getting ready for the "war" that Alex Jones claimed would happen( article above).When there are more guns in our homes and on our streets, it is inevitable that there will be more shootings. And most of them are avoidable with some common sense. I often refer my readers to the Ohh Shoot blog. Here is from the latest entry:


Schussler pulled a handgun from a holster on his back. He dropped the gun during a scuffle and when Molchak picked up the gun he unintentionally discharged the weapon, shooting his wife in the back. The bullet also caused her lung to collapse. She was taken to a hospital in Cleveland for treatment.

An argument between two men led to the shooting of the woman involved with both men. This is yet another domestic dispute that turned ugly and could have been deadly because someone had a loaded gun ready to go. Senseless. If you scroll down, you can see the post before the one above about the man who was showing someone a loaded gun in his apartment. The gun went off, the bullet went through the wall and injured a perfectly innocent woman walking up the stairs on her way home. From that post:


According to police, her neighbor, John Tucker, was showing off a gun to his friends when he unintentionally discharged the weapon. Police say Tucker was not familiar with the gun and that it apparently went off as the result of improper handling.

Why are there so many people who are not familiar with guns but they have them anyway? Stupid and dangerous. I do love the quote at the end of the post:


"There's no such thing as an accidental shooting. The gun doesn't go off by itself. It takes the wrong person to pull that trigger.""

Yes, the wrong person. Who are the right people? This was presumably a law abiding gun owner. Guns are dangerous, designed to kill people and they pose real risks.

Until we start talking about the risks of guns rather than flaunting them as if they are no different than cell phones as a woman quoted in the article about the gun extremists at the Alamo, we will continue to have senseless and avoidable shootings. This is just not OK. It's time for that to change. Passing gun laws such as universal background checks, safe storage, one gun a month and others that won't affect law abiding gun owners rights to own guns can start the sensible conversation that this country needs to have. Education and awareness about the risks of guns can save lives. We need to get this one right.
Posted by japete at 7:52 AM