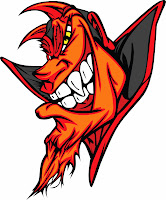 In Texas, gun owners are pushing the envelope. I have written before about the Open Carry rallies in Texas and confrontations with law enforcement as a result. Texans can carry long guns openly but not pistols ( handguns). But this video below from the "Republic of Texas TV" shows just how angry, brash, disrespectful and confrontational the gun rights extremists can be. Apparently there was a confrontation over the definition of a firearm under Texas penal code and whether or not the guns these folks were openly carrying were considered to be handguns or "firearms". Watch the video below for what happened as a result.

Scary stuff. These are the "good guys with guns". Frightening.

Given the circumstances, the officers showed remarkable restraint. They may have been scared but they were reacting to a situation created by the Texas gun rights crowd whose purpose was to prove a point and whose interest appears to be to confront and get in the faces of law enforcement officers. This brash behavior paints an ugly picture of how far gun rights extremists will go to try to "scare" law enforcement and elected officials into doing their bidding.

Are elected leaders actually afraid of these folks? I wouldn't blame them, actually. They are armed and potentially dangerous. But it's time to stand up to these folks. If we let them scare us, they will continue their tricks and treat us to some pretty extreme scenarios similar to this one or worse. We know there are insurrectionists and militia groups in our country. See the Insurrectionist Timeline for more scary stories. See the Southern Poverty Law Center for some frightening information about hate and extremist groups.

And to add to the above scary stories, another "law abiding" concealed carry permit holder decided to take matters into his own hands to "solve" his marriage problems. In a fit of anger, a Florida man shot and killed his wife and then got shot himself by police. He was brash enough to shoot her in a public place and then try to walk away. Really folks. When there are more guns out there and more gun owners and permit holders this is what we are going to see. This is a domestic shooting of which there are far too many. The shooter, in this case, had a "mood disorder" and anger problems along with marriage and financial problems. It's obviously not a good idea for someone like him to be around guns. When a gun is readily available, it just may get used against the gun owner or someone that owner knows or loves. From the article:

Police say Ian Burlakoff, 41, shot and killed his 37-year-old wife along busy Ocean Boulevard before sunset. When police confronted him across the street soon after, Burlakoff reached for his handgun and police shot him dead.

Public records and interviews with people who knew Ian and Gemma Burlakoff paint a picture of a volatile marriage neither was ready to leave.

Ian's father, Leonard Burlakoff, said his son was most concerned about his four children, all girls, the oldest 12 and the youngest just a baby. "He wanted to get back together mainly for the kids. He was afraid that he wouldn't see the younger ones enough."

In this marriage, signs of trouble came early. And over the next eight years, the good times were broken up with police calls to the house, fights over gambling debts and shopping sprees, and allegations of infidelity.

Scary. Unfortunately and tragically, this frightening scenario plays out way too often in America.

In the context of "law abiding" gun owners who are confrontative I call attention to a new report issued by the Center for American Progress about our country's loose conceal and carry laws combined with Stand Your Ground laws. This is a long and extensive report with recommendations about the roles states and the federal government do and can play in permitting concealed carry permit holders and in the intent and real-life affects of Stand Your Ground laws. The report ends with a recommendation that we strengthen state permit to carry laws to make sure that people who have records of violence, domestic abuse or other illegal actions not be granted permits to carry loaded guns around in public places. In addition the report is urging the federal government to deal with the affects of Stand Your Ground laws on public safety and on communities of color. Lives are lost because of the affect of these laws and a review of the laws just makes common sense. Stronger gun laws can save lives.

In response to a Senate hearing, held yesterday, about Stand Your Ground laws, Senator Ted Cruz indicated that he really had little sympathy for Trayvon Martin or his family because, after all, Black people benefit from the law as well. Does this mean that if Trayvon Martin had had a gun that fateful night of his death and had killed George Zimmerman for "stalking" him or approaching him, he would have had the same outcome as did Zimmerman? This kind of ludicrous and circular reasoning is dissembling and denial, not to mention cynical and insensitive. It's also not true. Read more here and here. From the second linked article:

This is an oversimplified, if not misleading, portrayal of the racial disparity in Stand Your Ground. It looks only at the rate of successful Florida claims based on the shooter’s race, which indeed is slightly higher for black shooters than white shooters.

By no means does this mean blacks “benefit” under the law.

A report from the Congressional Research Service on inter-racial shootings nationwide shows disparity at work. Without looking specifically at Stand Your Ground, CRS found a clear racial disparity in shootings that were ruled to be justified, as well as an increase in cases of justifiable white-on-black homicides after states began enacting the ALEC model legislation in 2005. According to the report, white-on-black shootings were considered justified far more often than black-on-white shootings.

The same data that Florida Cruz cited also shows that killers are far more likely to go free when their victims are black. In those cases with black or Hispanic victims, the killings were found justified by the Stand Your Ground law 78 percent of the time, compared to 56 percent in cases with white victims. The racial disparity among victims has also been confirmed by other studies, like the Urban Institute’s finding that in Stand Your Ground states, white-on-black homicides are 354 percent more likely to be ruled justified than white-on-white homicides.

Senator Cruz is brash and he is wrong. He should take a seat and do some thinking about the real life implications of Stand Your Ground laws. Another victim's mother, Lucia Holman McBath testified at this Senate hearing about her son's ( Jordan Davis) avoidable and senseless death in Florida.. Did Senator Cruz listen to what she said? Did it make a difference? We shouldn't forget that Senator Cruz is misinformed about gun laws and is a defender of the corporate gun lobby. But I digress. Let's take a look at the testimony in the video below.


Powerful testimony. Will it matter? Shame on our elected leaders if it doesn't.

I just happened upon this story about changes to neighborhood watch members in Florida. Because of the confrontational nature of George Zimmerman as he carried out his "duties" as a volunteer neighborhood watch person, the system is going to change. Read the Sanford, Florida Police Chief's recommendations for changes:

In addition to the no weapons rule, Smith said, volunteers will be asked not to pursue individuals they believe may have committed a crime. Martin’s death at the hands of neighborhood watch volunteer George Zimmerman in February of 2012 was the result of a dysfunctional system, said the new chief.

“In this program,” Smith explained, “it is clearly stated that you will not pursue an individual. In this new program, it clearly indicates that you will not carry a firearm when performing your duties as a neighborhood watch captain or participant.”

Confrontation is not needed. Weapons are not needed nor a good idea, as it turns out. Common sense often works the best.

Me, I choose a different way of problem solving. Not by confrontation. I choose the way of the church I attend- a UCC church. Here is something to consider from the UCC church:

Newton's law is equally true in the spiritual realm. When I explode a destructive force at you; the same destruction is unleashed on me. When I fire hate into the universe, hate is thrust with equal force back on me. When I blast blame in your direction, your reaction to blame might knock me on my butt.

The only thing that will alter this law is to react in a different way.

At the port in Cape Town, South Africa--not far from the sculpture of the four Nobel Peace Prize recipients South Africa has produced--is another sculpture of a pistol with the barrel tied in a knot. Someone has to stop reacting to anger with anger; to hate with hate; to violence with violence.

Good advice, don't you think? The Texas gun rights extremists should practice humility and get their anger in check before something really stupid and dangerous happens. We are better than this.

And because it's Halloween, I wish for a safe and peaceful night of trick and treating for all. My friend at the New Trajectory blog has written a post including a "meme" showing the photo of a boy, shot on Halloween Eve of 2008 by a scary guy with a gun who seemed afraid of "ghosts" or whoever he thought was coming to his house trick or treating. The shooter used an AK-47 he bought on the Internet without a background check. He was a convicted felon. This is unacceptable. It's time for a change. Let's get to work.

Have a safe Halloween and don't be scary. Keep guns out of the mix tonight and consider humility and non-confrontation. Lives could depend on it.

And of course, there were the usual shootings this Halloween- no different than other years. The New York City area saw a lot of shootings:

A rash of gun violence on Halloween left several people dead in the city on Thursday, including a 19-year-old killed by a man wearing a mask from the movie “Scream,” and a man shot to death by the police after a running gun battle through a Bronx neighborhood.

Also among the dead was a police officer, who committed suicide outside his Brooklyn station house, the police said. The officer had just returned to the station house after making an arrest.

In all there were seven shootings on Thursday, the police said, a rare spike in gun violence in a city where crime rates continue to fall. The latest statistics suggest that the homicide rate, historically low in recent years, is again declining. There were 266 homicides recorded in 2013 as of Oct. 20, a 25 percent decline from the same period in 2012.

“You are going to have blips, but we are still moving in the right direction,” Police Commissioner Raymond W. Kelly said on Friday, speaking about the latest shootings on a radio program with Mayor Michael R. Bloomberg.

Even so, some corners of the city remain stubborn bastions of violence. Three homicides took place on Thursday within a cluster of contiguous police precincts in Brooklyn that include some of the city’s most dangerous neighborhoods.