Predicting the next mass shooting 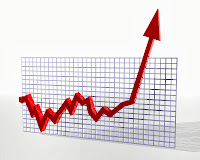 "The next mass shooting will take place on February 12, 2014, in Spokane, Washington. It will be committed by an emotionally disturbed, 38 year-old white man who will kill seven people and wound six more at a place he used to work using a semi-automatic handgun he purchased legally in the state.

That, at least, is what a look at the data on past such shootings might indicate. We'll say at the outset: Every assertion in the first paragraph is a function of probability, not fact. The next mass shooting — which will happen somewhere, sometime — will almost certainly not be in that place at that time. But a look at the historic data on such killings, compiled and shared by Mother Jones magazine, makes each of those predictions defensible.

If President Obama's second term has been beset by "unpredictable calamities" like the Navy Yard shooting, in the words of the Washington Post's David Nakamura, we thought we'd try and offer a little prediction. Especially since, if such incidents occur at the same pace for the rest of Obama's term as they have since 2009, there could be 14 more before he leaves office."

Wow. There's a lot more to read here about how the writer came to his conclusions. He was not just taking a wild guess. He was using actual facts about actual mass shootings in America to come up with his prediction. This should be alarming. After the Navy Yard shooting, I guess I wasn't the only one asking. This is actually disturbing and almost like predicting armageddon. The difference is that we haven't had armageddon and we don't know anything about what it might be. We do know what mass shootings are like and we understand that in America, they happen with such regularity that we've come to expect them.

Will we let these incidents continue unabated and with increasing frequency as they have in our county? Or will we finally get some common sense politicians to do the right thing. If we don't we should make sure they don't get re-elected and vote for Americans who actually care that too many America lives are lost to gun violence while we sit back and watch it happen. It's time for a change in our outlook. It's time for moral outrage. It's time to insist that something be done about our national health and public safety epidemic. Let's get to work. Future victims of the next mass shooting are counting on us to do the right thing.