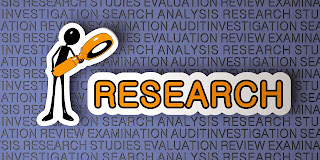 It shouldn't take a study to tell us that we are seeing more gun deaths among children. There are so many guns in circulation that it is inevitable that children will either be the victims of death by bullets or they, themselves, will shoot themselves or others accidentally or intentionally. Below are some recent incidents to show what I mean.

The first is one that I can hardly talk about without throwing up. When a domestic dispute comes to the point of shooting children in revenge, there is something terribly wrong. This Pennsylvania father decided to take the life of his just two year old daughter and himself in a terrible tragic incident. From the article:

According to investigators, Camryn Shultz, 1, had been shot and killed by her father Nick, who then turned the gun on himself.

“Told her to say good-bye to her daughter, she said ‘What do you mean?’ he said, ‘I’ve got one bullet for her and one for me,’” said Hess.

Family members said the parents split up about a week and a half ago.

“We thought he was just trying to scare us, we called 911 and said to get the police over here,” said Hess.

Using children in domestic abuse cases is not atypical but this incident is beyond the pale. Often it is the woman who is shot and killed by the abuser. We are still in Domestic Abuse Awareness month where attention is being called to the number of women killed by bullets by domestic partners:

According to a 2003 study published in the American Journal of Public Health, the risk of homicide against women increases 500 percent when a gun is present in domestic violence situations, and the FBI estimates that in 2010, 64 percent of women murdered with guns were killed by a current or former intimate partner. The Violence Policy Center reports that in 2010, the number of women shot and killed by partners was six times higher than the number killed by strangers using all other weapons combined.

In Texas, the numbers echo national estimates: the Texas Council on Family Violence reports that, in 2011, firearms were used in 64 percent of 102 cases where women were murdered by current or former intimate partners. The FBI also estimates that, in states where a background check is required for every handgun sale, 38 percent fewer women are shot and killed by abusive partners. Texas is not one of those states.

But killing a child to get even with a partner is really sick. Without that gun, would this man have been so confident that he could kill the child and then himself? It would have been much more difficult to accomplish. Guns make it all to quick and easy.

Further, from the linked article above, facts matter. Laws matter. This bears repeating: " The FBI also estimates that, in states where a background check is required for every handgun sale, 38 percent fewer women are shot and killed by abusive partners."(italics are mine). Why are we not doing anything about this? Ask your elected leaders. This is the country we have. Is this the country we want? Gun violence is devastating to families all over America and affects whole communities.

And there's been another accidental shooting of a child in Virginia. The father of the boy says that his son knew gun safety. That didn't really matter since two boys were allegedly playing with a gun in a wooded area near their homes. From an article:

The father of a 12-year-old boy killed Saturday in an accidental shooting says his son knew about gun safety.

Daniel Ray Dixon Jr. told the Newsplex on Sunday he thought his son was with his mother. Dixon said he had owned a number of guns prior to and taught his son about how to use one safely.

The boy was killed in an accidental shooting at a friend's house in Pratts late Saturday afternoon. The Madison County Sheriff's Office says the investigation is ongoing.

Does gun safety matter when kids get their hands on guns and handle them with friends without adult supervision? It appears from all of the reported incidents of "accidental shootings" and gun suicides that it doesn't. Kids and guns do not go together.

But even BB guns in the hands of someone who isn't thinking can be fatal. An Atlanta, Georgia 1 year old is dead because his father was stupidly scaring him with a BB gun that he claims he didn't know was "loaded." Really? What kind of fun is it to "scare" your toddler by pointing even a "toy gun" at him?

And now, a 3 year old Colorado child is dead from a gunshot wound to the head. Apparently, it is not known how it happened yet. From an article:

When police and paramedics arrived they found a semiautomatic handgun lying near his head. Police say the gun appeared to have been fired. The boy was rushed to the hospital with severe skull trauma. He was pronounced dead at 11:15 a.m.

Investigators are still trying to sort out exactly what happened. They say it's unclear who fired the gun.

The boy and his mother were the only ones in the house at the time of the incident.

As the Kid Shootings blog says at the end of posts like this: "Every gun in the hands of a child must first pass through the hands of an adult." Why do people think it's OK for a loaded gun to be left where little hands ( or bigger hands in the case of older children) can find them? Gun accidents and gun suicides are obviously tragic and avoidable with a little common sense from those "law abiding" gun owners who cavalierly leave guns accessible in their homes.

So let's get to the actual evidence about kids and shootings and gun deaths. It's not a pretty picture and it's one that should be front page news around the country. We can't continue to be in denial about this national public health and safety crisis. From an article about the new study from the American Academy of Pediatrics:

Gunshot wounds put about 7,500 children in the hospital and cause 500 in-hospital child deaths each year in the United States, according to a new study.

And these pediatric shooting injuries and fatalities are increasing, the researchers said.

The analysis of national data also found a significant association between the percentage of gunshot wounds that occur in homes and the percentage of homes with guns, according to the study, which was presented Sunday at the national conference of the American Academy of Pediatrics in Orlando, Fla.

"Handguns account for the majority of childhood gunshot wounds, and this number appears to be increasing over the last decade," study lead author Dr. Arin Madenci said in an academy news release. "Furthermore, states with higher percentages of household firearm ownership also tended to have higher proportions of childhood gunshot wounds, especially those occurring in the home."

Child hospitalizations for gunshot wounds increased from about 4,300 in 1997 to more than 7,700 in 2009, the study found. In-hospital child deaths from gunshot wounds rose from 317 to 503 during that time.

This is no myth. It turns out that when we study the causes and effects of gun deaths and injuries, as this study has done, we find a relationship between guns in the home and gun deaths and injuries. Some of us have been saying this for years but studies and research have been discouraged and even banned by the corporate gun lobby. The facts don't fit with their mantra that more guns equal safer communities. From the linked article above:

When the research was banned, Dr. Arther Kellermann had been working on CDC-funded research on whether home gun possession had potentially protective or hazardous effects on health. Nonprofit organizations helped fund the remainder of the project, but as the years went on, fewer and fewer nonprofits stepped up.

"I did not realize when I wrote an editorial in 1997 that the prohibition would continue for 17 years," Kellermann said, referring to his American Journal of Public Health piece about the NRA's response to gun research and its parallels to the tobacco industry's response to research linking cigarettes to cancer.

Like many gun violence researchers, Kellermann tried to stay in his field, but after a decade of waiting for the ban to lift, he had to find a different specialty. He now works on policy analysis at the Rand Corp. (...)

Wintemute said it's become a tough field to enter because researchers worry about death threats, adding that he himself was threatened by gun manufacturer Bruce Jennings, who founded B.L. Jennings Firearms and Bryco Arms in California. It has since gone bankrupt.

"The work is very controversial," he said. "There are some very angry people out there."

Just what the corporate gun lobby wanted. If we don't do research, we can't find out why there are so many gun deaths and injuries in our country. Keeping us in the dark is exactly what the gun lobby needs in order to sell more guns. That is the bottom line here. The parasitic relationship between the gun industry and the gun lobby is sick and dangerous to the health and safety of Americans and most especially children. And what's more, the corporate gun lobby doesn't want physicians to talk to patients about the risks of guns in the home. Seriously. They are not succeeding but that doesn't mean they won't try everything and anything to stop the public from knowing about the risks of guns in the home. The judicial system understands that this kind of intimidation and attacks on the rights of professionals are unconstitutional. This is sick and dangerous and should not be tolerated by the public or our elected leaders.

We can do something to reduce and prevent avoidable and senseless gun deaths. We can make sure guns are locked safely away from children. We can talk to children about the risks of guns. Physicians and other medical professionals can ask questions about dangers in the home, including guns. We can educate the public about the risks of guns in the home compared to the benefits of guns for self defense. We can ask if there are guns in homes where our children hang-out. The Brady Campaign has a public awareness campaign to encourage parents to make the hard "ask" about guns. You can see the video below:

We can talk differently about guns around children and not brag about them or encourage kids to shoot at a very young age. Remember the Kentucky boy who killed his sister with a .22 caliber rifle made especially for children? I do. That is just wrong. It doesn't have to be this way. It's time for these things to change. We can pass reasonable and common sense gun laws that save lives. We have proof the these laws matter. Lives can be saved and the big question is why we are not doing everything we can to make sure we save them. The cynical and self-serving resistance by the corporate gun lobby to strengthen our country's gun laws, such as our background check system, should not be tolerated by citizens or lawmakers. Enough is enough. We are better than this.
Posted by japete at 10:23 AM