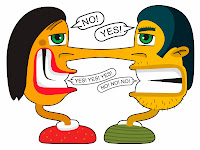 Since I last wrote there has been another mass shooting. Really, what is going on anyway? How can these continue happening? I am running out of words for the daily carnage. A North Carolina man said he wanted to do harm to others and did. This happens far too often. From the article:

"After several unsuccessful attempts to communicate with the caller, SWAT teams went into the home at 2007 Callison Highway and discovered the six dead. Long said they believe the incident resulted from a domestic dispute.

Sheriff Tony Davis said the shooter is among the dead and the community is not in any danger. Deputies received a call from a man inside the home who said he intended to harm the individuals in the home.  Initially, there were reports that the situation at the home at 2007 Callison Highway was a standoff, but the sheriff denied those reports.

The sheriff said it appears two of the adults were a couple, and the children's ages were approximately 10 years old.

"I've been in law enforcement in greenwood since 1975 and to my knowledge this is the first [situation] that I responded to with this many deceased," said Sheriff Davis."

"This many deceased." Indeed. Why be surprised? If the Sheriff had been reading the news he would know that this is becoming the norm. I updated a recent post to add an article about a spree shooting in Texas leaving 5 dead. In just a few days, 11 dead in senseless shootings.

So just add this to the growing list of mass and spree shootings happening on a more regular basis in America. My blogger friend, MikeB posted about the increase in mass shootings with some info graphics that tell the story. You can see how mass shootings have increased in just the past 3 years over previous decades. What's going on? Why is this happening? It's a question that needs to be asked and answered.

Shouldn't we be alarmed? Shouldn't we be at least trying to stop the shootings? Would a background check law stop every shooting? No, of course not. But passing common sense laws, such as a universal background checks could stop some. And passing laws sends a message that we will not continue to tolerate the daily carnage on our streets. It starts the conversation about what we need to do to make our communities safer from gun homicides, suicides and accidental shootings. This is a conversation we need to have. It's time to put the corporate gun lobby aside and do what's right for public health and safety. That is the only way change will happen.

What we have now is plainly not working. Did the shooter, above, have a gun for self protection? Why did he think he needed that gun? Did his family think a gun would protect them from some unknown criminal or scary person ready to do them harm? They couldn't possibly have known that a gun in the home is more of a risk to the whole family than to be used in self defense. That is the lie about guns in the home. As long as people believe in the lies and myths of the corporate gun lobby, we will have more and more domestic disputes ending in murder. This is senseless and avoidable. When a gun is at the ready, it just may be used. And it is happening every day.

There is a false argument from the gun lobby- consistent and persistent- that women would be safer if they only had a gun. Even gun owners want reasonable gun laws. And this gun owner has something to say about having guns when threatened in domestic situations:


Gender-based violence and gun policies have become particularly entwined lately. Over the past several months, proponents for looser gun laws have argued that women need easy access to guns to protect themselves against abusers and rapists. According to some of the conservatives who oppose gun control, additional regulations on concealed weapons and assault rifles aren’t compatible with feminism. On Tuesday, that line of reasoning made yet another appearance at a Senate hearing about Stand Your Ground laws, as a conservative policy analyst from the Cato Institute suggested that feminists support the policy that allowed George Zimmerman to kill an unarmed teenager.

Christy Salters Martin, a domestic violence survivor who was stabbed and shot by her husband after she attempted to leave him, has a very different perspective on the issue.

Christy and her estranged husband both owned guns and both had concealed carry permits. Christy also had a very successful career in professional boxing. That didn’t stop her husband from shooting her.

“I was shot with my own gun. Just putting a weapon in the woman’s hand is not going to reduce the number of fatalities or gunshot victims that we have,” Christy pointed out. “Too many times, their male counterpart or spouse will be able to overpower them and take that gun away.”

You can read more about guns and domestic abuse in the linked article. I plan to write more about the Stand Your Ground Senate hearing referred to in the above article in a later post. But I digress. Was the North Carolina woman, now tragically dead, threatened by her partner's gun before the shooting? Did she seek help? Maybe we will find that out. Surely no one expected whatever was troubling this couple to end like this. No one ever does. But it happens in every small and large community in America when we least expect it.

Guns are dangerous. They are designed to kill people. We should not be surprised when they do. There is no immunity from shootings. I have written about it many times before. The mass shooting incident above was yet another domestic dispute "solved" by bullets. This is not OK. Too many families are affected by this kind of violence. I know that on a very personal level. The affects change lives forever.

Enough is enough. Let's get to work and make the changes we all deserve in order to stop the devastation to families in communities all over our country.
Posted by japete at 1:25 PM