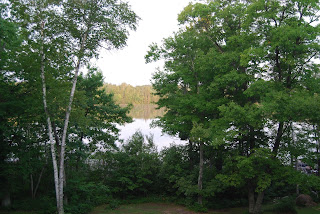 On this Labor Day, as with all Labor Days,  laborers and politicians get together for picnics and other celebrations to focus on the rights and achievements of the labor movement in America. Sadly, the labor movement is not what it was when this holiday was first celebrated because of the decrease in labor unions. There is an intention on the part of conservatives to rid the country of labor unions and all they represent. When my Dad was working for what was then Northwestern Bell telephone company he was active in his union. Unions provide workers much needed protections from the whims of companies and/or employers to suppress their salaries or their working conditions. Books and movies have been written and made about unions and conditions for workers. I read Class Action about the treatment of women in the iron ore mines of the Iron Range of northern Minnesota. The movie North Country is based on this book. Another good read is Triangle about the Triangle Shirtwaist Factory Fire in New York City that killed 146 women. But I digress.

Some people, of course, work on Labor Day since many restaurants, tourist destinations, retail establishments, etc. are open for business and taking advantage of this last summer holiday before school starts to generate profits and allow people who have the day off to take care of business. Personally, we are enjoying the last summer holiday with our family at our cabin. Some cousins came from out of town for a visit to our cabin. Other family came from close by to hang out and some friends came to visit my own kids who they hadn't seen in a while. We love that our cabin is a place where our family can feel comfortable, enjoy both the inside and the outside, take pontoon rides and kayak on the calm lake in the evening, enjoy S'mores, play games, play in the sand ( for the little ones), eat great meals and just be together. But my daughter had to leave our cabin early because of work. People still get sick and need medical attention on Labor Day.

I want to talk in this post about workplace shootings. September is now here and in Minnesota, we will be remembering the victims of Minnesota's worst workplace shooting which happened last September 27 at the Accent Signage Company. I will be writing more about this closer to that time. Accent Signage was just one of many workplace mass shootings and other shootings in the work place. Let's take a look at more from this article:

Shootings accounted for 78 percent of all workplace homicides in 2010 (405 fatal injuries). More than four-fifths (83 percent) of these workplace homicides from shootings occurred in the private sector, while only 17 percent of such shootings occurred in government. Workplace homicides attributed to shootings involving workers in elementary and secondary schools are relatively uncommon, although 12 were reported between 2006 and 2010. Of the 405 workplace shooting victims in 2010, 110 (or 27 percent) occurred in the retail trade industry. 1 Workplace shooting events account for only a small portion of nonfatal workplace injuries. In 2010, there were 500 nonfatal shootings with days away from work, which was a small fraction of the 1.2 million total nonfatal cases with days away from work reported in that year.

There are some high profile shootings in workplaces some of which I have written about before on this blog. Here are just some of many, most of which are mass shootings:

There are many many more. But I think you get the point. The fact is that people get shot in every nook and cranny of this country. This just doesn't happen in other countries. They are shot in "gun free zones" and guns allowed zones. For a while, there was a term called "going Postal" which referred to several shootings in U.S. Post Offices by disgruntled and angry employees. And the fact that advice is given to employers and employees about what to do in case of an active shooter is an American phenomenon in response to our crazy gun culture. From this article and other advice given, having a gun to stop a shooter while on the job is not recommended. In fact, most work places do not allow employees to carry guns inside. Does anyone remember that Starbucks allows customers to carry guns but not employees? I do. And why not arm employees? Too risky and the cost of insurance in case of an accidental or intentional shooting is just too high. Yes, some people have stopped crimes during robberies or active shootings with their own guns. But these are more rare than the shootings of innocent people in the workplace. Here is some good advice for stores and banks to avoid and prevent robberies or what to do in case of an armed robbery. From the article:

Arguing or becoming belligerent with the robber will upset him. Do not try to be a hero. Just because you don't see a weapon doesn't mean he doesn't have one. By attempting to subdue him, you escalate violence and risk to you and others.

If confronted by a robbery in a bank or store, avoid eye contact, and say you are reaching for your money – then move slowly! Give up your money without stalling or spooking them.

Indeed. A tragic confrontation can be avoided without loss of life. More guns are not the answer.

Happy Labor Day everyone. It's the last official summer time holiday and week-end for outdoor activities, at least in Minnesota where the weather will become cooler soon. As the change in the weather comes, so, too should a change to our nation's gun policies. Congress will be coming back to work as well soon. ( And, of course, no guns are allowed inside of the U.S. Capitol where our elected leaders work). And speaking of guns allowed, or not, where our politicians do their work, this new Star Tribune article about Minnesota Representative Tony Cornish highlights his recent comments about gun violence prevention advocates' feeling intimidated by guns in the Minnesota state Capitol. I mentioned this in my last post. From the article:

In an earlier interview, Cornish had offered that some of his political opponents “wet their pants” every time they saw or mentioned guns. That led to a citizen calling Cornish a “bully.”

In an interview, Cornish said he is not a bully, but rather a blunt-talking politician who isn’t afraid of stepping on people’s sensibilities, especially if they initiate the debate.

Sami Rahamim, who became active on gun control issues after his father, Reuven, was killed in the Accent Signage shootings, called Cornish’s phrase “totally insensitive and inappropriate to anybody who has been harmed by gun violence.”

But Cornish said that his remarks were not directed to victims, but rather to legislative opponents. By the time he was called a bully during hearings, he had already apologized to Rep. Michael Paymar and others, he said.

“The statement I made was a little over the top,” Cornish said Monday.

But Cornish also said his stand on gun rights is uncompromising, and when people get emotional with him, he’ll respond in kind.

“I’m tired of pols who dance around with answers,” he said. “They poke the badger and then get upset when he comes out of the den.”

Cornish said he is simply as passionate about the Second Amendment as journalists are about the First.

The newspaper wouldn’t consider turning over to the government confidential notes from sources to be a good compromise, he said.

Cornish has been known to respond to those who question him brusquely.

Orchestrated e-mail campaigns can be met with “get an idea of your own.”

Or, like this exchange with Dan Wilm, who wrote to Cornish after last week’s hearing: Wilm was bothered by Cornish’s lack of understanding of people who are uncomfortable around guns in public. Cornish shot back that Wilm’s fear was the problem, and he needed to “get to a firearms class.” The terse exchange ended with Cornish saying to the 61-year-old Wilm, “grow up, son.”

He also tells writers: “Don’t ever say anything to a man on e-mail that you wouldn’t say if you were alone with him in a parking lot!”

“Someone can ask me a question, and they can be blunt, that doesn’t bother me,” said Cornish. But if it turns uncivil, Cornish is ready for the fight. He once called former Minneapolis Police Chief Tim Dolan “a gun grabber.”

Wilm, who like Cornish worked for the Department of Natural Resources, sees Cornish as “one of those guys who can dish it out, but he can’t take it.”

Rahamim said he’s experienced intimidation from gun advocates at the Capitol, and Cornish’s heated rhetoric plays well with supporters, but does not help the solve the issues.

A gun “is a killing machine, and to make jokes to encourage that kind of attitude is incredibly irresponsible,” said Rahamim, who is 17.

We don't appreciate being intimidated or bullied. Perhaps there have been no openly intimidating behaviors by the "guys with the guns" at the state Capitol. But their mere presence is intimidating no matter what they think it is. Their tweeting at us during hearings and calling out our names, watching our every move and writing about us on their own blogs is meant to intimidate us. It's time for them to stop this behavior if they want to be taken seriously. If victims of gun violence feel intimidated they feel intimidated and they don't need others to tell them they shouldn't be. There are way too many incidents of "law abiding" gun owners shooting others in public places, and even in places where our leaders work. I have listed them many times on this blog.

So I intend to push for universal background checks which only makes common sense. Why? Because I know there are too many victims of shootings. Because requiring background checks on all gun sales can save lives. Because it's the right thing to do. Because, as a country, we are better than the many many workplace shootings I have listed and the ones I have not. Because we can prevent workplace shootings and other shootings with common sense gun laws and a different gun culture. This is the America we have. Is the America we want or deserve? Enough is enough. Let's get to work.

Because there was a short discussion on this post in the comments section about whether or not the pro gun or gun violence prevention crowd is more ugly and offensive in their comments, I would like to call your attention to this article written by Coalition to Stop Gun Violence for proof of the kind of comments left on the site of Moms Demand Action for Gun Sense. Some of these folks just love to attack women. They must think we are vulnerable and can be bullied. They would be wrong. I have received like comments on my blog. I don't publish these and many have stopped once I stopped allowing anonymous comments. It's disgusting. Take a look for yourself.
Posted by japete at 8:22 AM