Why we need to expand background checks 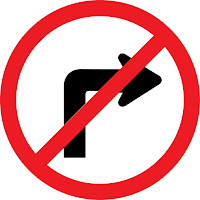 Here is why we need to expand our gun background check system. A Texas man was convicted of selling guns without a license in the state of California. And there's more. From the article:

"It’s the gun show loophole. In the state of Texas. It was how Zeta drug lord Miguel Angel Trevino Morales got the assault rifle the Mexican authorities found when they arrested him.

Morales commits atrocities. The kidnapping of and then killing of 265 immigrants that refused to act as drug mules for the criminal organization.

Manuel Rodriguez, of Spring Branch, Texas was the man who provided the assault rifle.  When they searched his house they found 76 more guns, 10,000 rounds of ammunition, and cash.  15,000 dollars.

Rodriguez didn’t pay to support his children in California.  He owed the 260,000 dollars in back pay.

It was in California that he was convicted of selling weapons without a license.  He was sentenced to four years in prison.

In Texas, Rodriquez posed as a private seller at the gun shows.  It was a loophole he could use to sell the guns without first conducting a background check.

Those who bought the guns from him would then sell them to the Zetas.

That’s the gun show loophole in Texas.  It was used to arm the vicious Zeta drug cartel."

So how is it that we can't come to terms with the idea that providing guns to people who shouldn't have them through private sellers is a bad idea? This is proof positive that an expansion of our gun background check system would stop some of the daily carnage in our own country and even other countries. Why do the gun rights extremists fight so hard against a simple law that would merely keep people like Rodriquez from buying and selling weapons? What is this really all about?

Most people actually support this common sense measure, as we know and as I write about in almost every post on this blog. I don't think I need to provide, yet again, all of the polling showing strong support for expanded background checks, even amongst gun owners, NRA members and Republicans. So how did we get to the point of such strong resistance to doing what's in the best interest of public safety and strong, healthy communities? There is a tendency to over analyze what's going on in American politics. We have 24/7 news so the media has to have something to talk about. There is little true analysis of the problems and solutions to solve some of our country's most pressing problems. Facts don't seem to matter any more either. And there are no perfect answers. But as a country shouldn't we try to work together to solve the problems before us?

When articles and actual incidents like the top article in this post point to how our system is broken and point to a relatively simple solution that will largely leave law abiding gun owners the ability to buy almost any gun they want, shouldn't we act? The strong resistance from the corporate gun lobby and gun rights extremists to this simple expanded system of background checks is based on innuendo and false premises. Somewhere, at some point in time, the corporate gun lobby decided that their mission was to hate "gun control" and support the gun industry. In fact, in 1977 the whole focus of the National Rifle Association changed from an organization to support hunters and provide gun safety classes to that of a political powerhouse. Knowing this history is important for those of us working to prevent gun deaths and injuries. From the article:

The Old Guard was caught by surprise. The NRA officers sat up front, on a dais, observing their demise. The organization, about a century old already, was thoroughly mainstream and bipartisan, focusing on hunting, conservation and marksmanship. It taught Boy Scouts how to shoot safely. But the world had changed, and everything was more political now. The rebels saw the NRA leaders as elites who lacked the heart and conviction to fight against gun-control legislation.

And these leaders were about to cut and run: They had plans to relocate the headquarters from Washington to Colorado.

“Before Cincinnati, you had a bunch of people who wanted to turn the NRA into a sports publishing organization and get rid of guns,” recalls one of the rebels, John D. Aquilino, speaking by phone from the border city of Brownsville, Tex.

What unfolded that hot night in Cincinnati forever reoriented the NRA. And this was an event with broader national reverberations. The NRA didn’t get swept up in the culture wars of the past century so much as it helped invent them — and kept inflaming them. In the process, the NRA overcame tremendous internal tumult and existential crises, developed an astonishing grass-roots operation and became closely aligned with the Republican Party.

Today it is arguably the most powerful lobbying organization in the nation’s capital and certainly one of the most feared. There is no single secret to its success, but what liberals loathe about the NRA is a key part of its power. These are the people who say no.

They are absolutist in their interpretation of the Second Amendment. The NRA learned that controversy isn’t a problem but rather, in many cases, a solution, a motivator, a recruitment tool, an inspiration.

This important public safety conversation was changed purposely for political reasons and not necessarily based on principals or facts. The NRA lobbyists have continued the strident rhetoric to make sure the gun industry continues to make huge profits and to prop themselves up as an organization. This is not OK.

Back to my original premise-that expanding our background check system will not lead to the hyperbolic results stated by gun rights extremists. They seem to be getting their information from people like Wayne LaPierre who claims that the "guys with the guns make the rules." That's pretty powerful stuff. As long as people believe that their guns give them ultimate power, we are in for a big and ugly fight. For losing power is threatening to a lot of folks. Thus, the uncompromising and forceful arguments against doing anything to stop the shootings. The truth of the matter is that there will be no gun confiscation if the Brady background check system, already in place now since 1994, is expanded to private sellers. There has not been wide spread confiscation as a result of buying a gun at a Federally Licensed Dealer where background checks are required. There has not been confiscation of guns in the states that have passed expanded background checks. These are red herrings designed to kill any chance of moving forward with measures to keep us safer.

I don't believe that the gun rights extremists really want innocent people to be shot. It can't be that. I don't think these folks are really unwilling to go through background checks themselves because they claim they are mostly all law abiding. I don't think they like the idea that felons, dangerously mentally ill people or domestic abusers can buy guns legally. Or at least I hope not. So forgive me for being puzzled by this resistance to common sense measures to keep our communities safer. If we can't act together as communities, who are we?

If individual rights always trump the common right to be safe, we wouldn't have any laws would we? Why do we pass laws that require seat belts and airbags in cars? Surely that violates an individual right to ride in a car any way you want. It is because of the common good that keeps us all safer and keeps our children and loved ones from being killed in accidents. Why speed limit laws? What if we allowed people to drive any way they wanted without constraints? So no traffic lights, no stop signs, no one way streets, no driver's licenses, no car registration or insurance? What about requiring background checks on anyone who works with our children? Good idea? What about requiring background checks on people who work with other people's money? Good idea? What about mandatory education laws that make sure all of our children attend school or are home schooled while following some state regulations? What about requiring our teachers, doctors and other professionals to upgrade their skills so we know they can address our health and educational needs? What about making sure our roads and bridges are safe? What about making sure our children's toys are safe? What about making sure that new buildings are inspected for building or fire code violations? What about licensing building contractors, plumbers and electricians? What about requiring smokers to go outside of public buildings if they want to light up? Why pass those laws? Don't those people have a right to smoke if they want to?

We need a serious discussion about what a society requires in order to be safe and meet the basic needs of those who live in our communities. Requiring background checks on all gun sales is just one of the many measures we can take to work for the common good of our citizens. If we all care about that, we should be able to have a reasoned and reasonable discussion about how to accomplish it. But when we find ourselves in the ugly and uncompromising political quagmire we now have, we have gotten ourselves off track. It's time for that to change. The only way to make change is to demand it in the name of what benefits the greater good. Especially since we know that too many of our citizens are shot and killed or injured every day in America. It's a problem begging for a solution.