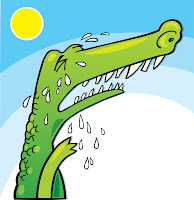 Sorry readers. I accidentally deleted my most recent post which seemed to have been quite popular amongst the gun blogs. I was attempting to update the post. I am unable to locate it in my archives but will attempt to find it again somehow. Though I am not crying crocodile tears, I am most upset about this unfortunate delete. Here is the update from a recent New York Times editorial that I was adding as I ended up deleting the post which affirmed almost everything I had written in my post about the "gun guys" getting all into a twit about anything resembling a reasonable discussion about gun policy:


"As a measure of the gun culture’s dangerous sway over statehouse politicians, it is hard to top the pending proposal in Missouri that would pronounce all federal gun safety laws null and void in the state and allow the arrest of federal agents who try to enforce them.

This bizarre legislation, which Republican majorities hope to enact Sept. 11, would override an earlier veto by Gov. Jay Nixon, a Democrat, who noted the obvious fact that the measure is unconstitutional according to precedents stretching all the way to the Civil War.

But the bill’s proponents care little for legal niceties, or for the near-certainty of an adverse court ruling against their hoary states’-rights gambit. Dusting off the polemics of nullification, the supposed “law and order” politicians in Jefferson City would rather support an unconstitutional measure than set a law-abiding example of government responsibility.

No less regrettable is that they are hardly alone in their obeisance to the gun lobby. Horrendous spates of gun violence have prompted six states to enact stronger gun safety laws in the last year. But a score of other statehouses have weakened existing laws, in particular loosening gun laws regulating the “open carry” of firearms, inviting public flaunting of weaponry.

In a particularly egregious display of insensitivity and arrogance, cocky celebrants of gun rights packed their weapons openly and legally this month on the streets of Newtown, Conn., where a shooter gunned down 20 schoolchildren and six adults last December. Similarly swaggering gun enthusiasts showed up this summer in Aurora, Colo., to protest new gun controls even as residents were commemorating the 12 people killed and 70 wounded last year when a gunman invaded a moviehouse.

The gun lobby’s triumphalism has only grown since Congress scuttled away from its clear obligation to provide greater gun safety. The vow of the Senate majority leader, Harry Reid, to revive the debate seems forgotten as the Republicans drum up another fiscal-cliff melodrama. Too many politicians — in Congress and elsewhere — prefer to blindly salute the Second Amendment rather than face the appalling costs of gun mayhem in communities like Aurora, where the toll so far — apart from the loss of life — is $17 million and counting for the needs of survivors, according to a conservative estimate in The Denver Post.

Some of the recommended solutions have verged on the laughable. A few months ago, the administration issued a pamphlet advising houses of worship how to prepare for a gun assault. Last week came news that manufacturers of military battlefield armor have found a new sideline in bullet-resistant whiteboards for classroom use. The University of Maryland Eastern Shore is paying $60,000 for 200 18-by-20-inch high-tech tablets for its professors to take notes on — or to protect themselves with if an armed intruder shows up. One manufacturer said 100 grade schools in five states have already bought some of the classroom armor. Most pathetically, there are even bulletproof inserts for children’s backpacks.

The Obama administration, meanwhile, has been left to issuing limited executive orders that nevertheless highlight the depth of the problem. One will limit the return of American battlefield weapons that have been flooding the country; another stops the practice that lets felons and domestic abusers obtain arms by registering them through corporations and trusts. These gestures are modest compared with the overwhelming need for broad federal legislation. But they are certainly an improvement on pamphlets and whiteboards."

In my original post I provided lots of links to common sense solutions to our nation's problem with gun violence.  We can do something about all of the senseless shootings but we aren't because of all the reasons given in the editorial above. I have written extensively about the many solutions to our public health and safety problem providing links to articles with facts, evidence and research. But, as I said in my post, facts don't seem to matter. I did receive a number of comments from readers who vehemently disagreed with me but they did not really provide me with cogent reasons or good research that showed their point of view. As I said, these folks are in a very small minority of Americans who have held sway over legislatures and our Congress for far too long and it is definitely time for our leaders to realize that, unless they stand with the victims and with the majority of public opinion, they may find themselves meeting with strong resistance from gun violence prevention groups and the public.

If anyone still has my original post, I would love it if someone could try to take some screen shots so I can attempt to repost it in that form. I worked hard to provide lots of good information on that post so it is upsetting to lose the work.
Posted by japete at 10:26 AM