Is this a good time to talk about gun violence prevention measures? 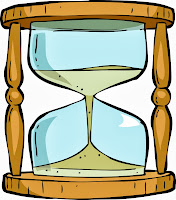 We've had yet another mass shooting. Two actually. Last week 12 people were shot dead at the Navy Yard in Washington D.C. just blocks from the U.S. Capitol. Also last week, 13 people were shot and injured in Chicago in a shooting that also injured a 3 year old. That's two in a week. Now what? When should we be able to talk about how we can stem the tide of gun violence? In two weeks? After we wait for the corporate gun lobby to debunk everything about our most recent mass shooting? After we let the American collective memory forget about that last mass shooting? After Wayne LaPierre comes out and says things like, "Only a good guy with a gun can stop a bad guy with a gun"? He said it again after the Navy Yard shooting as if it was the truth. But I digress. Can we talk about prevention of the next mass shooting maybe only after 100 people are shot in the next mass shooting instead of just 12? How can these shootings keep happening? When should we talk about our nation's gun culture and our nation's gun laws? Time is not on the side of the victims of gun violence. For when the next time comes, someone else's family will get the awful phone call telling them that a loved one was one of the victims of a mass shooting at work, school, or in a shopping mall. Why don't we talk about it right now? Why don't we discuss how the latest mass shooter slipped through so many cracks that we have failed to fix or address?

Jon Stewart from the Daily Show is wondering the same thing.


Others are also wondering what it will take and what will happen if we continue to do nothing? Should there be an intervention in America? As the most powerful nation in the world, or one of the most powerful, we often talk about intervening in the violence that decimates the citizens of other countries. But our own violence? Not so much. So  Henry Porter of the Guardian, wrote an interesting article about the idea that it's time for an intervention from others if we refuse to do anything ourselves. From the article:


That's America, we say, as news of the latest massacre breaks – last week it was the slaughter of 12 people by Aaron Alexis at Washington DC's navy yard – and move on. But what if we no longer thought of this as just a problem for America and, instead, viewed it as an international humanitarian crisis – a quasi civil war, if you like, that calls for outside intervention? As citizens of the world, perhaps we should demand an end to the unimaginable suffering of victims and their families – the maiming and killing of children – just as America does in every new civil conflict around the globe. (...)

That 212,994 more Americans lost their lives from firearms in the last 45 years than in all wars involving the US is a staggering fact, particularly when you place it in the context of the safety-conscious, "secondary smoke" obsessions that characterise so much of American life.

Porter raises some great points about the staggering numbers of gun violence victims in America and is mystified, as is much of the world, as to why we don't act immediately after all of these mass shootings. He is right to ask. We need an answer. The Navy Yard shooting has tipped the nation closer to a place where more questions are being asked and more people have had enough. One would have thought the Sandy Hook shooting was that point but apparently the massacre of 20 little children was not even enough to move us to action. Those of us working to prevent gun violence thought we were at a tipping point after Columbine. Then after Virginia Tech. Surely after the Northern Illinois shooting. Then after the Tucson shooting that almost took the life of sitting U.S. Congresswoman Gabby Giffords. Then after Aurora. After the Sikh Temple shooting? Accent Signage? What will it take? Fred Hiatt of the Washington Post is wondering: From his opinion piece he concludes:

Americans aren’t going to cede their right to own guns for sport and self-defense. But policies that focus on reducing the dangers of accidental shootings, gun suicides, crimes of passion and mass shootings — over time, with a public health focus, I think they have a chance.

And that is the other lesson: over time. Sometimes reform takes years or decades of slogging, seemingly hopeless effort. At an unpredictable moment, public sentiment teeters and then tips. What everyone knew was impossible is seen as having been, all along, inevitable.

So we have been slogging along, cajoling our elected leaders after each mass shooting to do something to stem the tide of the violence. Some have tried to make change. Change is difficult but it can happen and it will happen.

And of course, after the nation's most recent mass shooting, there was a remembrance service. President Obama spoke once again about the senseless loss of life. From the linked article:


“We cannot accept this,” Obama said of the Sept. 16 attack that killed a dozen people at the Navy Yard. “As Americans bound in grief and love, we must insist here today there’s nothing normal about innocent men and women being gunned down where they work.” (...) “By now . . . it should be clear that the change we need will not come from Washington, even when tragedy strikes Washington,” he said at Sunday’s service on the barracks parade grounds. “Change will come the only way it ever has come, and that’s from the American people.”

I say the time is now. It is past time for the common sense solutions to our nation's public health and safety crisis. But it will take resolve. It will take changing the conversation and it will take a lot of raised voices to demand the changes that we need and deserve. Your voice matters. Please use it to "sign" this petition with your voice at Voices Against Violence. Lives depend on those who want to prevent the carnage that affects and devastates our communities every day on your raising your voice. Lives depend on the change that will come from your raising your voice. Join me and let's get to work.
Posted by japete at 12:12 PM