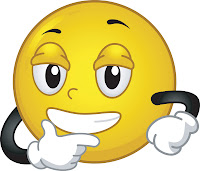 Can we talk about George Zimmerman after he was acquitted of the murder of Trayvon Martin? There was a lot of celebration by those on the right who thought Zimmerman did the right thing and was just acting in "self defense". He stood his ground against a young black teen walking in the neighborhood doing nothing wrong. So Zimmerman was just exercising his rights, right?

Let's look at how this "law abiding" citizen has conducted himself since his acquittal.

He got his gun and his permit to carry a loaded gun around in public again even though we all know he shot a young man to death.

He was caught lying about rescuing some people in a likely false car accident in order to generate sympathy for him.

He visited a gun manufacturer.

He was caught speeding in Texas with a gun in his glove compartment.

He was caught speeding again today.

He wants the state of Florida to pay for his defense costs.

So these are the folks exemplifying the Stand Your Ground laws and poster children for the corporate gun lobby. This stupid and dangerous behavior is what our American gun culture is all about. This is the America we have. Is this the America we want or deserve? Raise your hand if you think George Zimmerman has or had any common sense concerning guns or just about anything for that matter. He is perfectly clueless and narcissistic enough to carry on with his life as if nothing has happened. He took the life of another human being. Exhibiting an ounce of sensitivity, modesty, some understanding of his situation, and a modicum of restraint would serve him better. Instead his "in your face"and arrogant behavior is thumbing his nose at the world. And these are the folks we allow to carry loaded guns around in public. Enough is enough. It's time for a change.
Posted by japete at 1:57 PM