Accent Signage shooting- one year ago 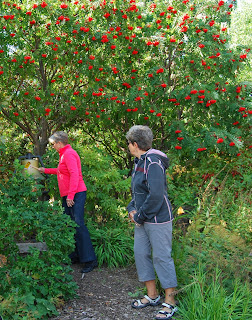 One year ago, on September 27th, 2012, Andrew Engledinger walked into the offices of the Accent Signage Company in Minneapolis and started shooting at his fellow employees and employers. When he was finished, he had shot and killed 5 people and injured 3. He shot himself as well. Several weeks later a 6th person died of his injuries.

This is one of the increasingly frequent mass workplace shootings in America. I wrote about that previously in this blog. Only this time it happened in my state of Minnesota. There is another familiar story here. The shooter was a supposed "law abiding" gun owner and legal gun permit holder. Only he shouldn't have been either. He had led police on a high-speed chase 2 years prior to his being granted a Minnesota permit to carry a gun. He had been experiencing some mental problems. Familiar right?

Since that shooting, I have come to know Sami Rahamim and members of his family through meetings, lobbying, testifying at the state Capitol in favor of common sense gun legislation, at memorials for gun violence victims and other events. They lost their family member, Reuven Rahamim, in the Accent Signage shooting. Sami is now18 years old and wise well beyond his age. He speaks articulately and non-emotionally about the senseless death of his father and others. Often he says that his father, an immigrant from Israel, "lived the American dream and died the American nightmare." For his death was the American nightmare that is occurring ever more frequently in our communities.

The 4 speakers included our Mayor, our County Attorney, an avid hunter and gun owner who also works for Domestic Abuse Intervention Programs and my own minister. They all spoke about the tragedy of gun violence and how it affects and devastates so many in our communities. All of them spoke about the need for a serious conversation about the issue of gun violence and the need to work together. My minister told a very personal story. She had moved to Duluth while her husband stayed behind at his job as a police officer until he found a job in Duluth. She recalled the night in August when he called her to say he had just had the worst day of his career. As it turned out, it was the crime scene where my sister's body was found. I had also called my minister to tell her about my sister's murder hours after she had spoken to her husband. In retrospect, this is all not only coincidental but almost eerie. Gun violence leaves a wide eddy in its' wake. It's like a whirlpool that becomes ever wider as it affects the family and friends of the victims.

The man who works in the area of domestic abuse spoke about his hunting and gun collecting hobby. He made it very clear that he represents the majority of gun owners who find nothing wrong with common sense gun legislation. He understands, because of his work, that requiring background checks on all gun sales can prevent some of the senseless shootings in America. He understands that a gun in the home is a great risk to women, especially in cases of domestic abuse. He spoke about that risk. But he also understands that expanding background checks will do nothing to change his ability to hunt or to own guns. He understands that this is about the victims.

When I gave my opening remarks at the bell ringing I quoted President Obama from his remarks at the memorial service for the Navy Yard shooting victims. I have included those remarks in a previous post but I am going to repeat them now: "Alongside the anguish of American families, alongside the accumulated outrage so many of us feel, sometimes I fear there's a creeping resignation. That these tragedies are just somehow the way it is. That this is somehow the new normal. We can't accept this. As Americans bound in grief and love, we must insist here today there's nothing normal about innocent men and women being gunned down where they work. There's nothing normal about children dying in our streets from stray bullets."

My friend, Sami Rahamim, who is now living in Israel for a time before beginning his college career, sent some remarks for our bell ringing. He knows there is nothing normal about his father's violent and untimely death. Here is what he said: "As my friends Joan, Mary, and the countless other Minnesotans who have lost a loved one to the horror of gun violence can tell you, the gaping hole felt by the death of a loved one when they are taken from you is impossible to fill. I feel it every day. Every hour. Every minute. But as we also are aware, our lives continue on. We can dedicate ourselves to the memory and life that's been taken too soon by working to make our communities safer, and free of the evil that reckless gun laws provide for. "

Reuven Rahamim, 61
Jacob Beneke, 34
Keith Basinski, 50, a UPS driver who had made deliveries and pickups at the business for years.
Rami Cooks, 62
Ronald Edberg, 58
Eric Rivers, 42
Posted by japete at 7:31 AM